A month ago I wrote a blog about some of the announcements and things that we showed during SAPPHIRE 2019. The very impressive 6 and 12 TB virtual machines (with the 6 TB now already available and certified for SAP Hana), but also other things like Azure Backup, Logic Apps SAP support and also the insights on how Microsoft is using Git for our SAP deployments were only a few topics.

As with the previous TechEd and SAPPHIRE events I was lucky enough to team up with Martin Fischer and Tobias Hofmann from Bridging-IT to work on some very inspiring POCs and showcase what you can actually do if you combine your strength and knowledge from both SAP and Microsoft.

After the very successful Cognitive Leave Request scenario we wanted to build on what we had done in the past, but also introduced some new things. We brainstormed and remembered what a customer told us after seeing our Cognitive Leave scenario during SAPPHIRE 1 year ago: they were operating a fruit distribution center in the north of Germany. They got tons of fruits which they need to distribute to all of Germany and in parts also across Europe. The challenge was not only to find the best route, but also to make sure the the fruits that were supposed to be delivered, arrived at their destination in a good shape. And by this they didn’t mean broken or anything, but ripe enough to be able to get sold and not too ripe so they were already bad.

For this they had envisioned some kind of mechanism that would evaluate the incoming fruit and then decide when and where to ship them.

Tobias immediately got to work, did his magic and not only build a fantastic AI model that was able to detect the fruit (Bananas, Mangos, …) but also — to some extend in this first prototype — the ripeness of the fruit.

You could scan the fruit and then the app would relate this to demand from stores across Germany and allow you to select closer stores for fruits that were already pretty ripe and stores farther away if the fruit was not yet ripe.

For the app — running on an iPhone — Tobias used the SAP Fiori SDK for iOS to build a great looking application.

So when I was sitting in the keynote of SAPPHIRE, listening to Bill McDermott and he brought up Tim Cook on stage, I knew we had hit a home run. Bill and Tim were discussing exactly what we had build. Only difference: we were using mainly SAP and Microsoft technology and combined this with SAP Fiori design elements for an iPhone device.

Tobias was watching online and immediately had the same thing in mind.

Tim and Bill talking about Fiori SDK and iPhone features for AI, and I just finished an app leveraging them. Great timing.
Go to the Microsoft Booth at #sapphire and talk to @hobru to see how this works in real live.

Then it got even better. Bill was talking about AI, automation, SAP Cloud Platform, … all of which were elements that were part of our Fruit Checker.

After the keynote I was super happy to be able to showcase this scenario to several customers. Luckily we had some bananas on the showfloor so I could do a live demo.

Back home I was extremely proud when I saw that Bridging-IT had won the “most innovative project” award for this app from IA4SP. Fantastic!

I hope I made you very excited now.

So let me quickly show you what this is all about. From a SAP Fiori Launchpad running on the SAP Cloud Platform (which also features the “Cognitive Leave” scenario) you can select the Fruit Checker app. As with the Cognitive Leave scenario all calls are managed via SAP API Management. 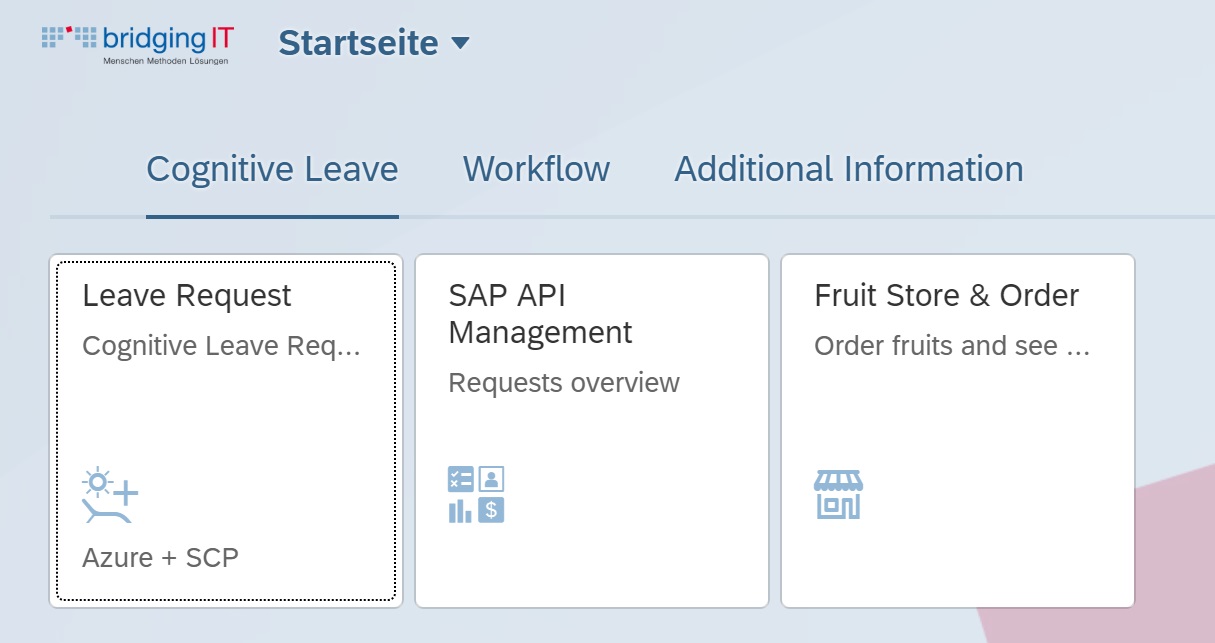 Now you can select the different stores and see what orders / demand is currently available [Technical background: all of this is developed using the SAP Cloud Application Programming Model, running on a Kubernetes Cluster on Azure and accessing the backend using OData v4 services]. 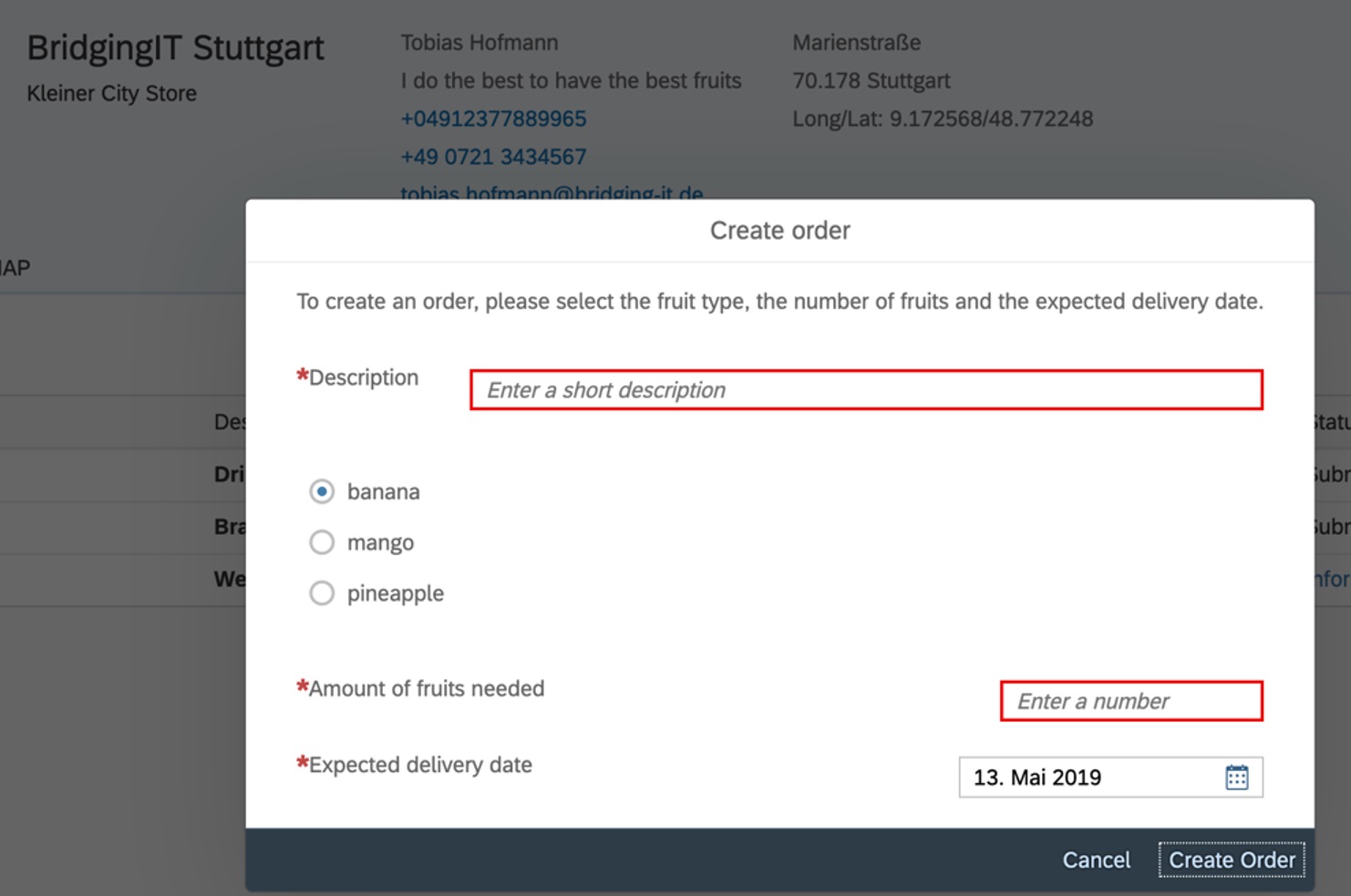 That’s it. Now lets switch to the supplier and the mobile app. The app is build using the SAP Fiori SDK for iOS. You can specify the amount of fruit that is available. 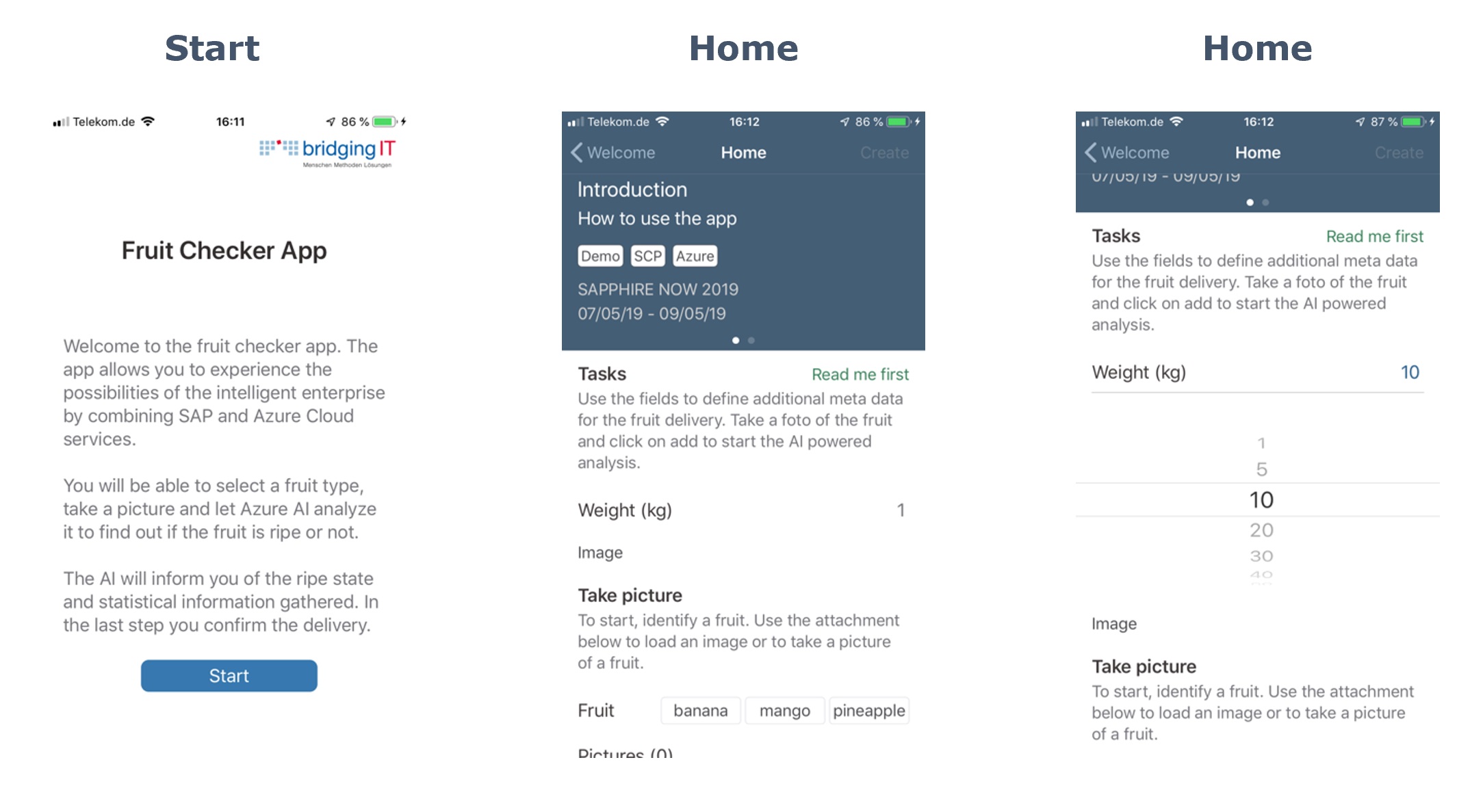 and then scan the fruits:

For this we are using a CustomVision AI Model on Azure. The model does not only detect the kind of fruit, but also detects the ripeness and with that the maximum delivery days. With this information we can use the Microsoft Truck API to detect the best fitting store that currently has a demand for Bananas.

Now you can select the store and see how long the shipping would take. The route and duration of the trip is calculated using Bing Maps.

Again this is only a showcase, but based on a real customer scenario.

Let me know if you have any questions or want to see a live demo.