I am happy to announce that a new release of the Mobile Development Kit is available for all Mobile Services customers and can be downloaded on the SAP Software Center (and MDK Download page.

With the latest MDK 3.1.1 release, users can now create cross platform applications (iOS & Android) that use a single set of metadata definitions.

The main focus of this release are –

Check for Application Updates when the application resumes from the background

Your MDK app is no longer restricted to just 1 OData backend, with this release, you can add multiple backend connections (destinations) both online and offline (can be mixed at the same time)

Note: When Logout action is triggered or client is reset, MDK clears all offline stores

Note: When the AllowedFile Types property is set, only files of those types shall be shown to the user for picking.

[optional]: you can have a set of customized text for each state to replace the progress indicator text shown during Initialize Offline OData. Specifically for ProgressText.DownloadingFile and ProgressText.DownloadingData properties, user may define dynamic parameter of {0} and/or {1} to display the size and/or size unit. When the state is not specified for customization, default text would be used. 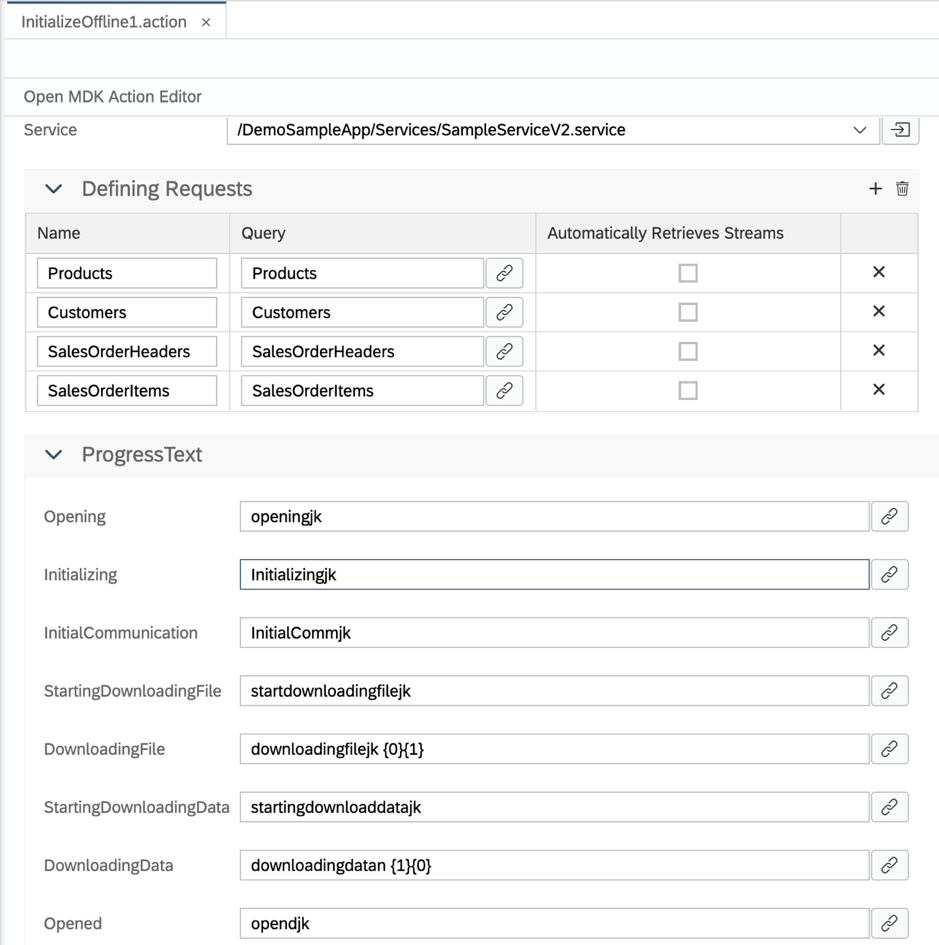 Now, you can display a progress message during delta sync.

Create a new ProgressBanner action and call it from e.g. a Sync button (you can chain another action like Upload followed by Download to complete delta sync in a single call.

The progress banner message is like the standard Banner Message action but used to show that another action or set of actions is in progress. It does this by attaching a banner to the app’s main navigation bar that contains a progress-indicator image. It also allows the user to define a message to display while running and a message to display upon the action chain’s completion. It is more geared towards alerting the user of current long running operations. 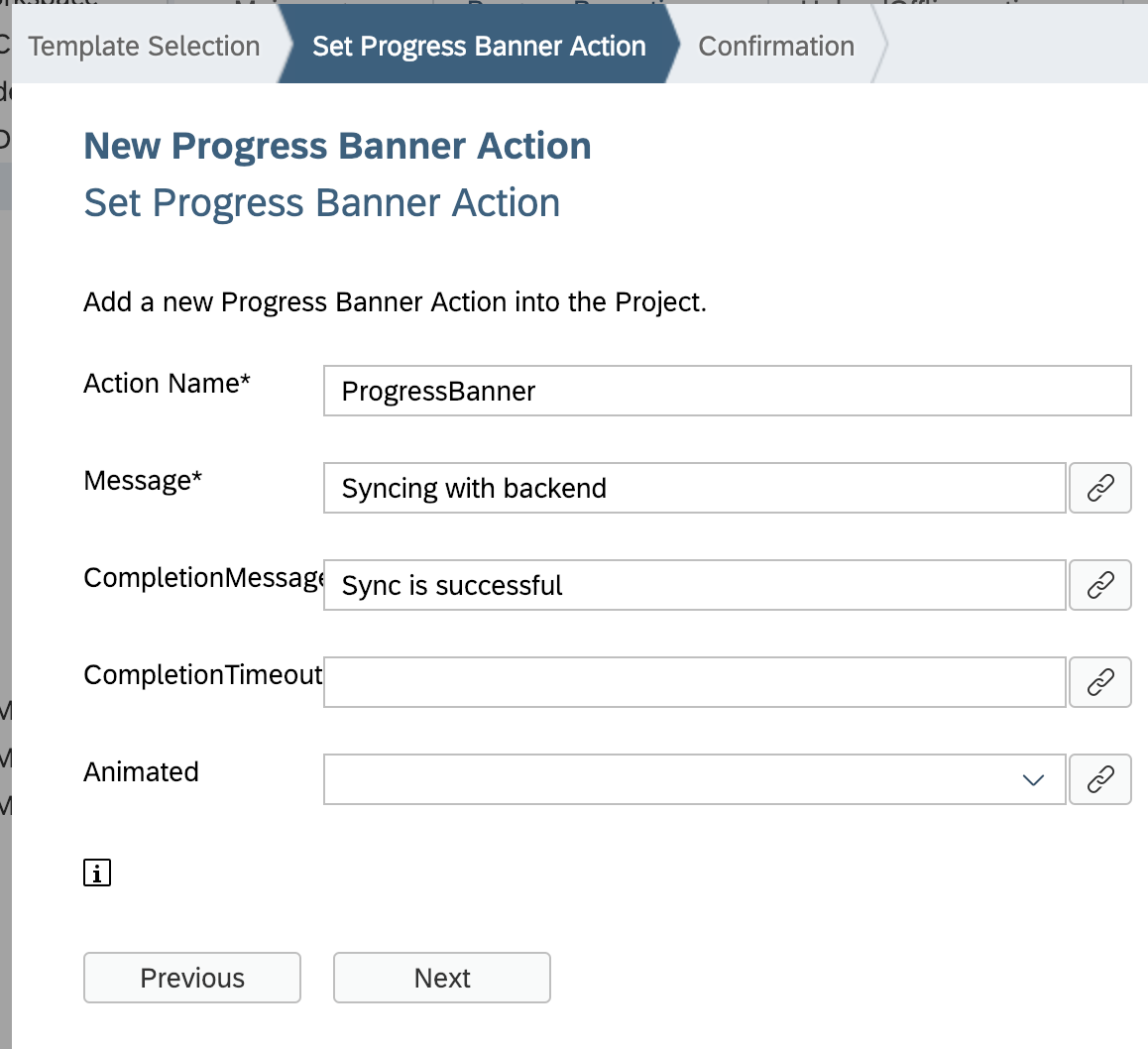 API to get the UserID and DeviceID from Mobile Services

Any place you want to get the deviceID or userID, you can use this target path. Create new properties files under i18n for them to be used throughout the editor. 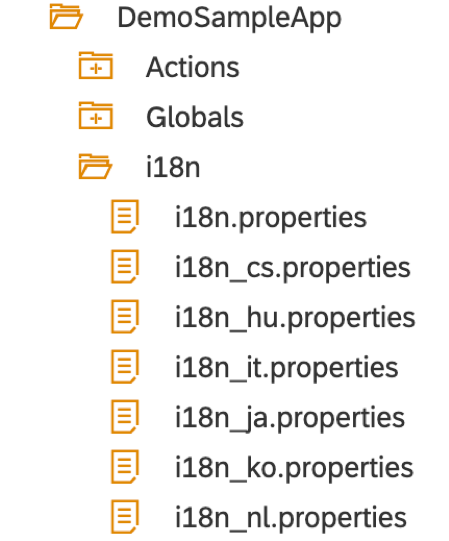 Once, I created my new properties files, I can see and test the new languages directly from the MDK editor. 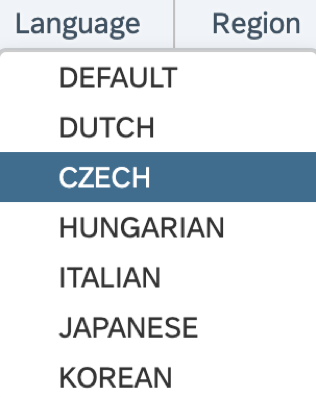 In previous release, when the create-client script of the MDK was used, it always created the client project inside the SDK. With this release, there is a way to specify an output directory to  create the project in the directory where the command was invoked.

You can also mention –-outdir (double dash) instead of -o

And -–mdkproject (double dash) instead of -m

Allow the demo bundle to be different from a branded application

A demo app & database can be branded so that the user can try the app without authenticating with the SCPms endpoint.

By default a demo app bundle will not be generated and enabled for your app. You can enable it by setting the `Demo` property in BrandedSettings.json. If this property is found (even if it’s just an empty object), the create-client will generate a demo app based on the following criterias:

The database comes in the form of two files with the extensions `.udb` and `.rq.udb`. The names of both of these files must match the destination name for the OData service. You can include them in the app by adding them to the `<.mdkproject directory>/demo` directory. 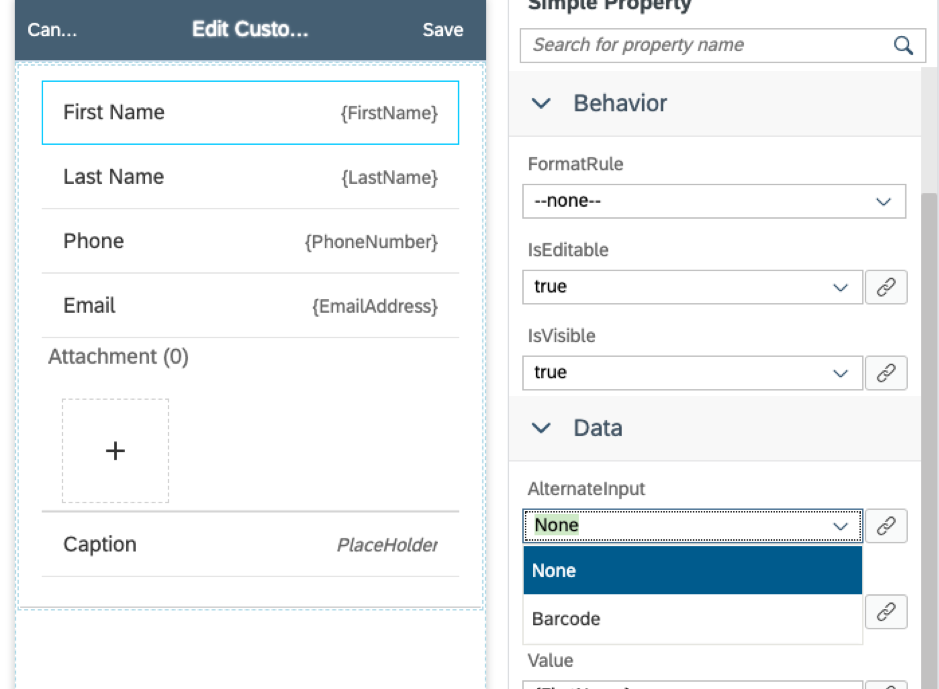 Adding a search rule to allow for developer provided criteria

you can set a rule to QueryOptions property of Target and use DataQueryBuilder to build your custom OData Query Options, you can also get the then get the current Search String that user entered in the Search bar and use it to further build the query option.

Set Visibility of Section and Static Cells in a Sectioned Table

All Sectioned Table controls now has a new property called ‘Visible’, that can be set in the metadata.

This release supports iOS 12.x and Android 9.x and we have also updated to NativeScript 5.2

Thanks for the detailed blog.

I have one doubt regarding the MDK installer,does it only run on Windows 32 bit, as it is not running on my 64 bit machine.

Appreciate for a quick reply.

Jitendra Kansal
Blog Post Author
June 22, 2019 at 6:07 am
Ridhima Goel
Could you share error you got while running installer on 64 bit windows machine?

I am not getting any error, but when I run the MDK installer it shows loading and nothing else comes after that. PFB screenshot. 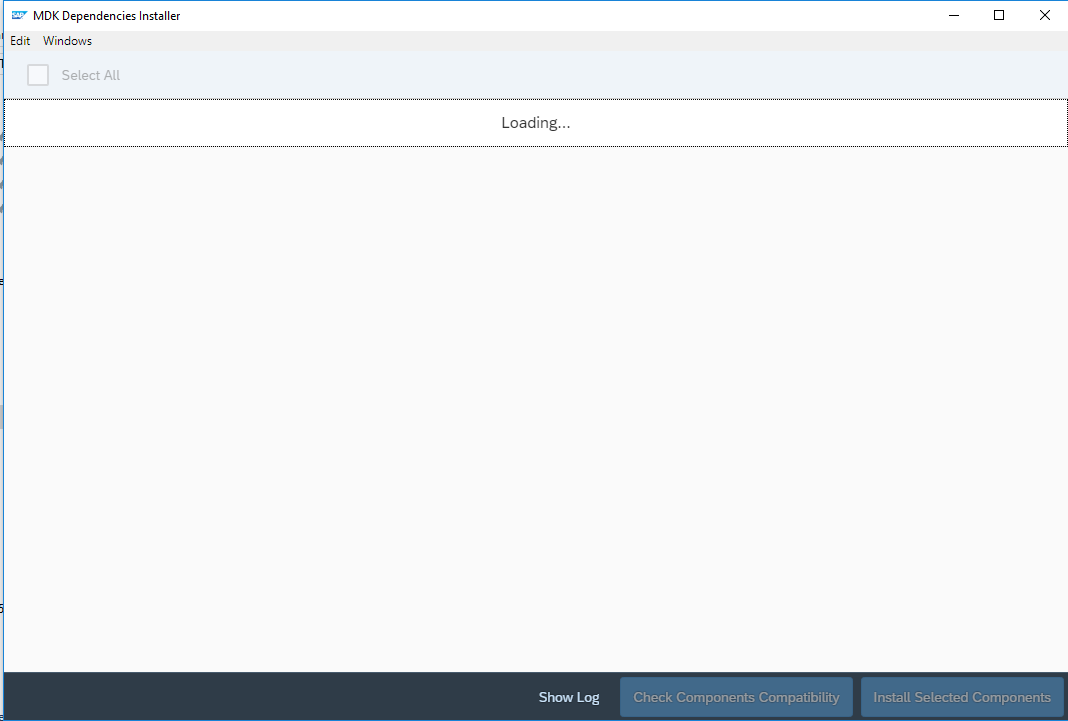 Jitendra Kansal
Blog Post Author
June 26, 2019 at 8:24 am
Ridhima Goel
Can you share what do you see by running below  command in the installer's folder :
MDK_Dependencies_Installer.exe --debug --debug

regarding issue - this could be due to Security Policy. It can be fixed by executing this in PowerShell:

Can you see if this fix it for you?

This worked for me, and I can run the installer now.

But I am facing another issue. I have set the JAVA_HOME path in the environment variables and also downloaded the android sdk 1.8.But when i run the installer it shows JAVA_HOME as invalid and Android sdk as not installed. 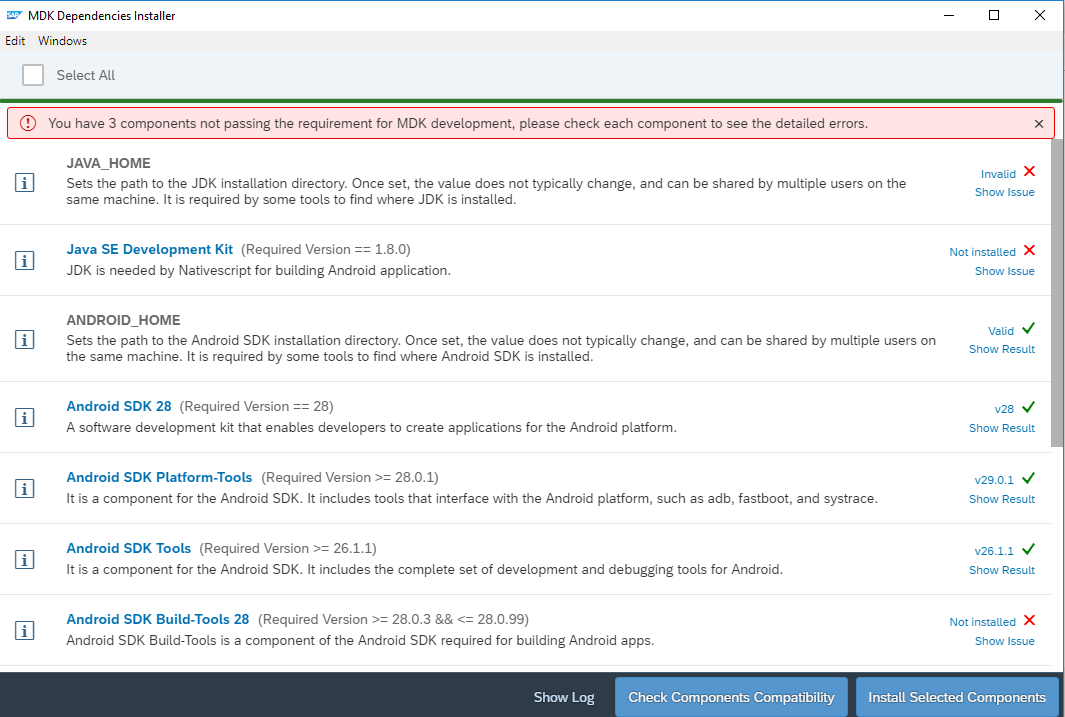 Also please specify which version of Android studio is compatible with MDK.

I have already set the environment variable,but it did not work for me.

Currently I am using Android studio version 3.4.1,let me try with 3.3.2 if this may solve the problem for downloading Android build tools- 28 package

Jitendra Kansal
Blog Post Author
July 1, 2019 at 9:27 am
Ridhima Goel
I should have clarified it in my previous post
There’s no minimum for Android Studio, you can always install the latest one and keep it up to date. It’s the Android SDK that requires specific version.

Could you please provide more details on how to use multiple backend for 1 MDK app?

for e.g. I have one app and I am creating extension in this app which include another app with another backend system.

Now how would I be able to get the data from both the backend systems, running as 1 single app for users?

Its great that now we have attachment capability. A quick question, do we have offline capabilities also available for the same. I mean I can upload attachments and they get synced with server whenever the device is online. Additionally, the background download of documents / attachments for offline viewing etc.