Steps to use Web Services in SAP Data Services

In this tutorial you learn how to pull the data from webservices SOAP and load it into a table in SAP Data Services. 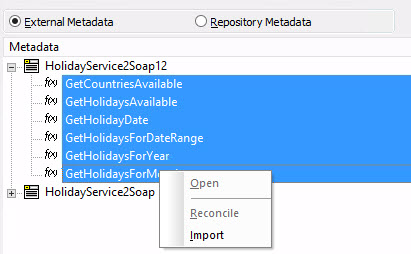 Webservices can be called in different ways in BODS, above is the webservices SOAP method which I explained.

Found and copied the below link from google and used the same in BODS which has complete information such as source information and test operations.