How to deal with “Not released” predefined VDM in S/4HANA

Purpose of this blog

This blog is about the ways how to deal with unreleased Virtual Data Model (VDM) in S/4HANA.

In S/4HANA, ABAP CDS View is used as the data source for analytical application, and VDM is the predefined View for business objects in S/4HANA created with ABAP CDS View. By using VDM instead of creating custom CDS View, development effort could be optimized. It can be used as parts of your custom CDS View.

Predefined VDM has the status of Released or Not Released (C1 contract). In the unreleased predefined VDM, the design is subject to change in future releases, and current designs are not guaranteed by SAP, e.g. field name and the keys would be changed, fields would be removed, the view would be removed. It is like an unreleased Function Module. In addition, only the released CDS Views can be used for Key User Extensibility Tools like Custom CDS View and Custom Analytical Queries.

This blog argues the ways to deal with the unreleased VDM in S/4HANA.

How to check the status of C1 contract (released/unreleased)?

It is possible to check the validity status in Fiori View Browser or ABAP Development Tools(ADT). 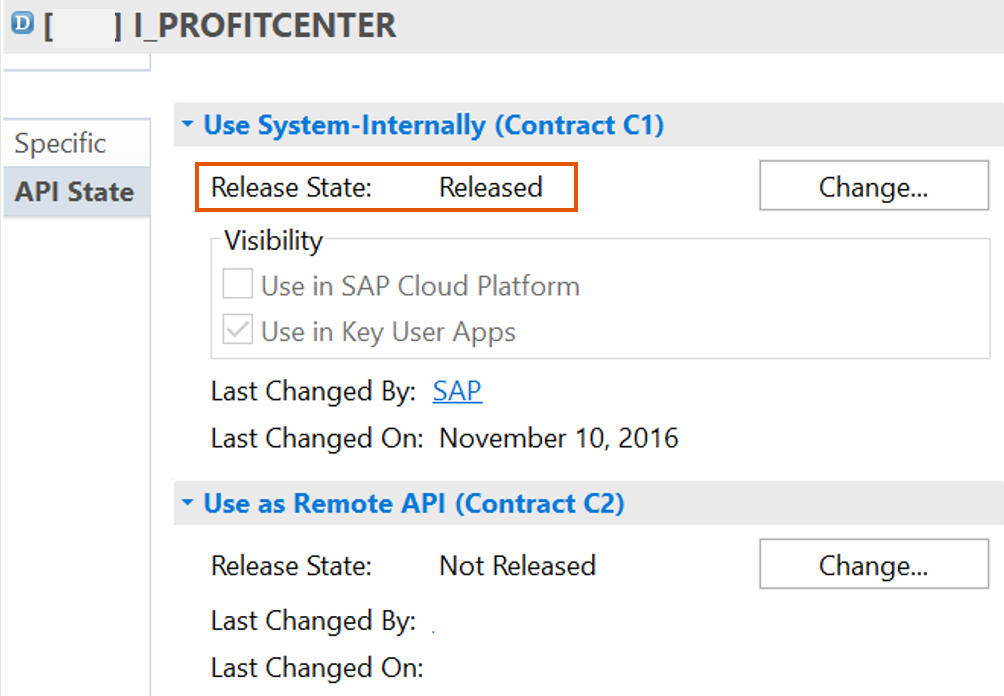 It can be changed from the context menu of the CDS View in ADT: Change API Status > Use System Internally (Contract C1). 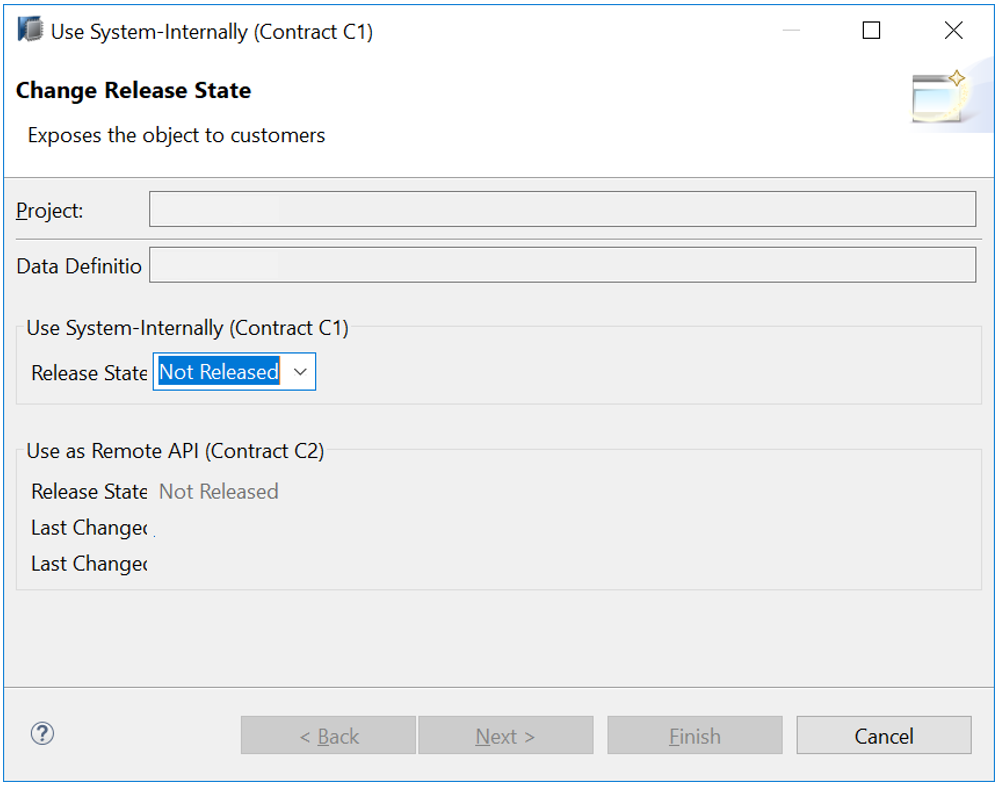 But it is regarded as a modification to change it for the standard SAP delivered VDM. It is always the case to change the status for Custom CDS View for using it in Key User Extensibility Tools.

How to deal with the unreleased predefined VDM?

At first, it would help to create Customer Incident to request SAP to release the predefined VDMs you want to use.

For the predefined VDMs which are still not released, there are 2 ways to deal with the unreleased predefined VDMs: 1) not to use them but create custom CDS View instead, 2) use it at customers’ own responsibility.

I discussed this topic with some developers, colleagues in service team and have following personal observations (not official announcement as SAP).

If you want to use unreleased predefined VDM in Key User Extensibility Tools like Custom CDS View, Custom Analytical Queries and Custom Business Object, or use it in Analytics Tools like SAC and BusinessObjects, change the status in ADT: Change API Status > Use System Internally (Contract C1) (Above) as in SAP Note 2595552, 2798285 ,2733553.

If it guided in SAP Note 2798285 to release unreleased VDM. See also Wiki.

Thank you very much for this blog. CDS views, being the basis for all developments, is important to be understood from basics. This blog is a very good pointer. Also, your recommendations are very helpful. One must read the help.sap link shared by you in blog.

How can I release the CDS VDM views which are in unreleased state in S4/HANA cloud ?.

Unreleased VDMs are not available in S/4HANA Cloud.

Pls read the doc attached in this SAP Note.