This blog post aims to talk about a technique that, while possible to implement, is not really documented (as far as I know) as such across the extensive notes and documentation that UI5 offers. Specifically, we’re talking about how we can use embedded routing (that is, multiple routers working in tandem to allow multiple components, each with their own routing, to be in a single UI5 app).

We found this technique especially useful in large-scale applications with upwards of 50-60 view-controller pairs, where it can be really useful to modularize and isolate the different parts of the app into their own individual silos, as if every part of the app was its own small application.

This approach to development has been getting more traction as of lately under the name Micro Frontend, since it is analogous to the Micro Service development approach on the backend (https://micro-frontends.org/). Technically the Micro Frontend approach advocates for multiple micro web apps that can use different frameworks embedded onto a single SPA, but here we’re just going to detail how to embed multiple micro UI5 applications onto a bigger UI5 app which will act as a container.

A typical use case for these kinds of apps is Apache Cordova, where big hybrid mobile applications can have upwards of a hundred views. In these cases, modularizing into multiple components to isolate logic and UI, as well as to allow future development and code scaling without having to save dozens of XML and JS files into a single folder can be essential.

We’ll illustrate this technique by using a sample application (the GitHub link is available at the end of the article). First we’ll show a diagram showing the UI structure: 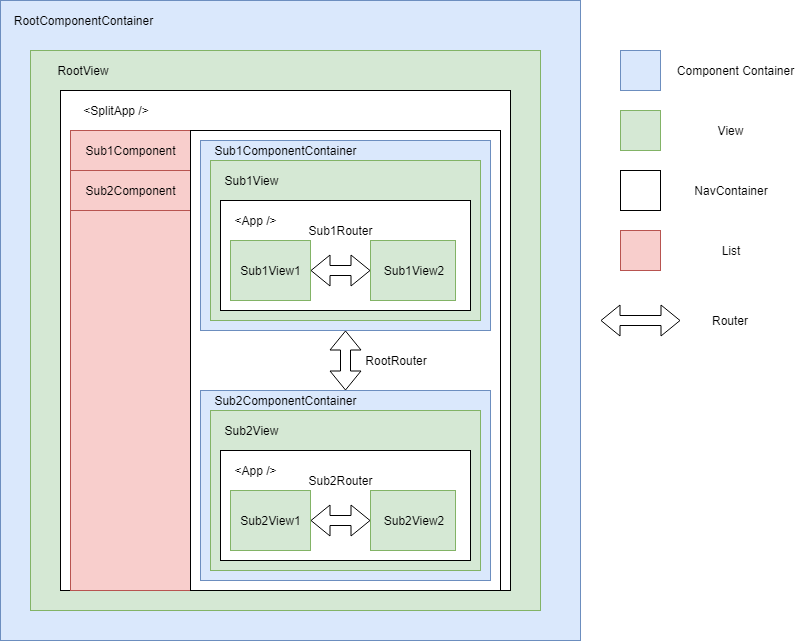 This basic diagram gives us an idea of what we want to accomplish with the sample app. Namely:

The basic routing scheme we need to accomplish this is illustrated here:

As for the folder structure, a possible one would be this: 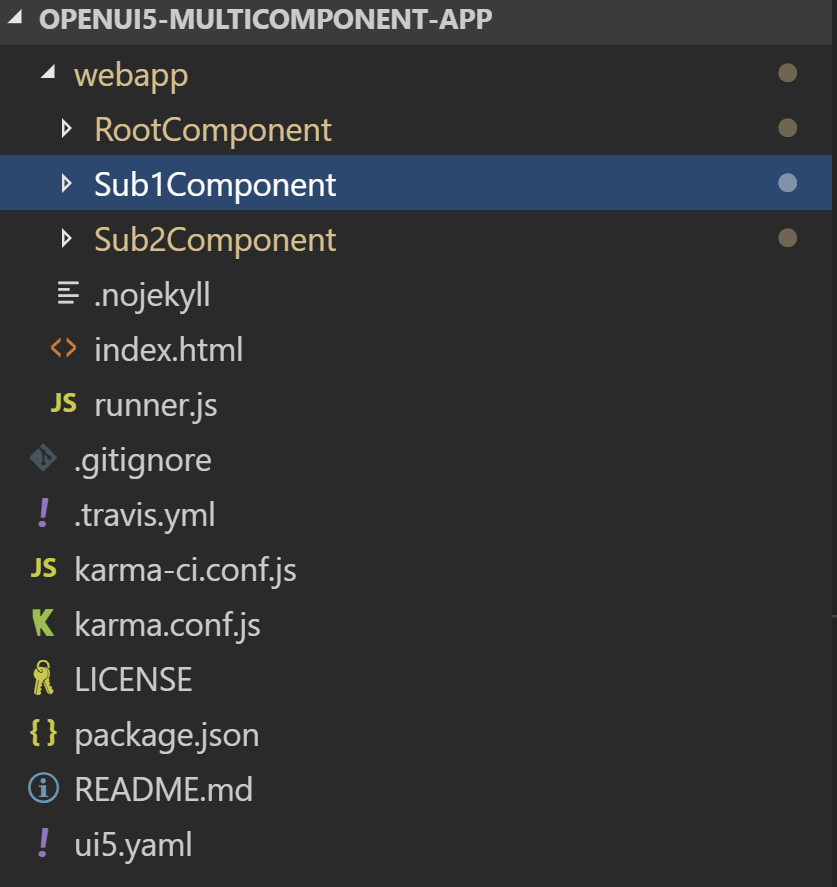 An argument could be made in favour of storing the subcomponents in a folder inside the RootComponent, to reflect the UI structure. Speaking for myself, I like the immediacy of having all components available in a single click by using a flat structure instead of a nested one, but your mileage may vary. Both approaches are perfectly possible leveraging the flexibility UI5 offers with namespaces in the different modules that comprise the app.

The RootComponent should have the following structure: 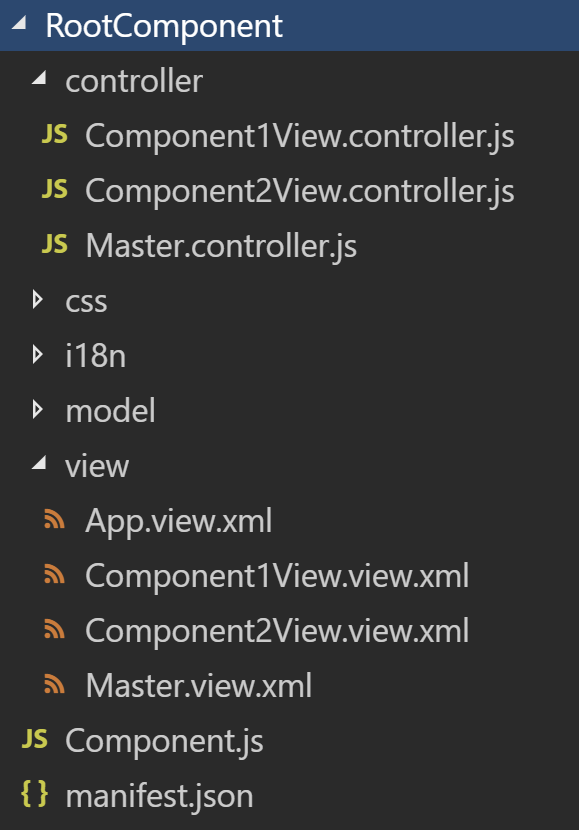 That is, one view for the Root SplitApp control, one for the master List, plus one for each component container, for all components that we wish to expose.

The component container views have been implemented like this:

Not much to note here, the view simply contains a ComponentContainer control that only gets instantiated and filled with a Component when the onInit method of the controller gets triggered. This only happens the first time we navigate to a new component, thus allowing components to be lazy loaded (which should help performance if the user only navigates to some specific parts of the app while leaving others alone in a session).

As for the subcomponents, they are perfectly normal full screen (instead of master detail) UI5 components, with two caveats:

With this, we have almost every piece of the puzzle figured out, but we still need to know:

Triggering a navigation from a controller owned by the RootComponent into a specific view is as simple as:

Knowing this, answering the second question is trivial.

And then, from the RootComponent, we should have a dedicated method with the following code:

Note that the reason we’re doing this in RootComponent instead of Sub2Component is that we’re not guaranteed at any point that Sub2Component will be instantiated, since we’re lazy loading all our components.

With this, we have all the elements we need, and this is the result of our hard work: 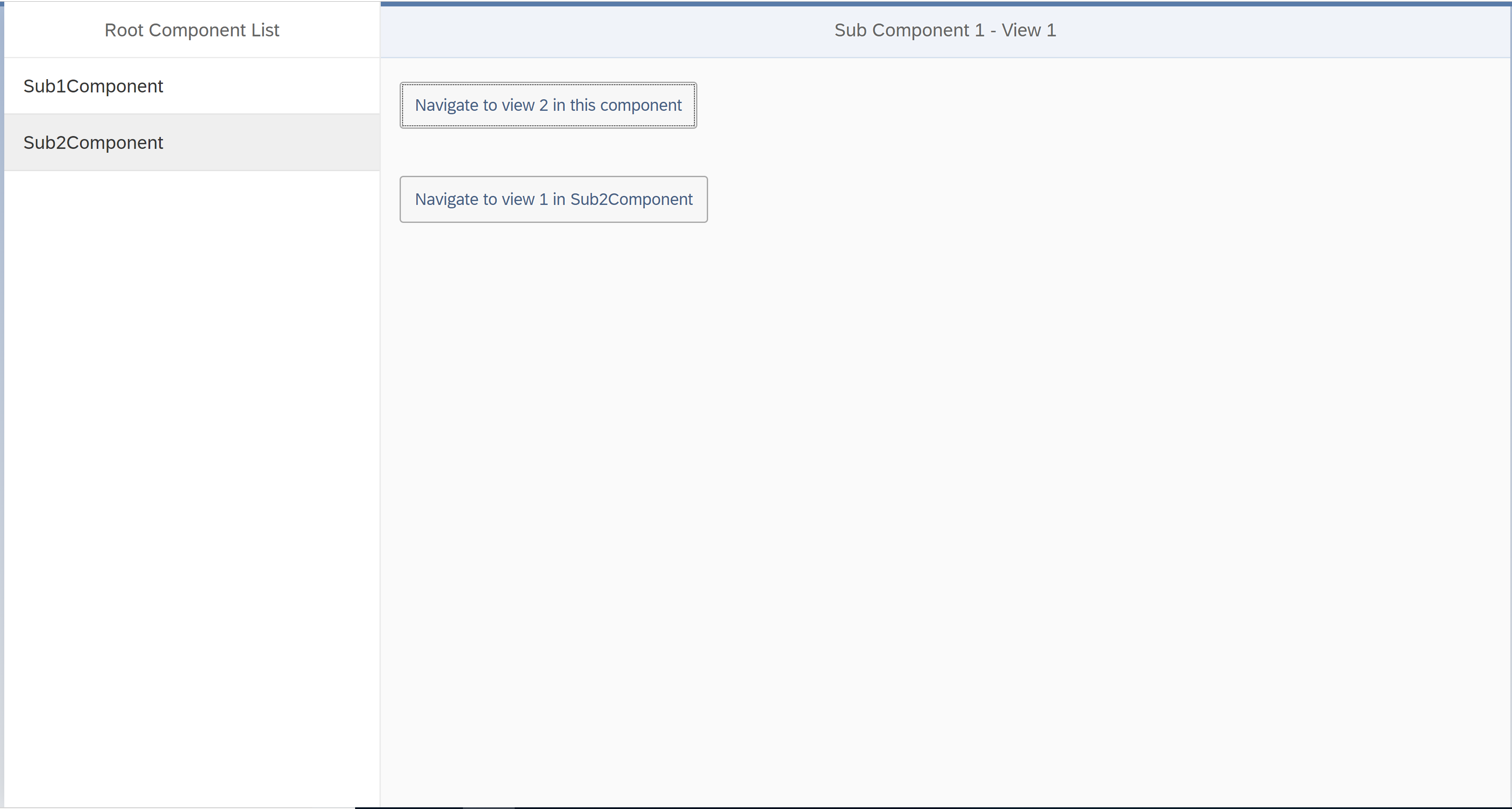 Which may not be the prettiest UI5 application you’ve seen, but it’s a proof of concept so oh well.

An example use case of this coding pattern was used when a certain customer asked us to implement a “Market Monitor” mobile app. What started out as something simple enough (provide a means for their sales people to log their activities and visits to customer to CRM) soon grew, until they were asking to be able to take notes, see info sheets for their products, stock levels, see the data of their contacts inside the customers… until the structure was something like this: 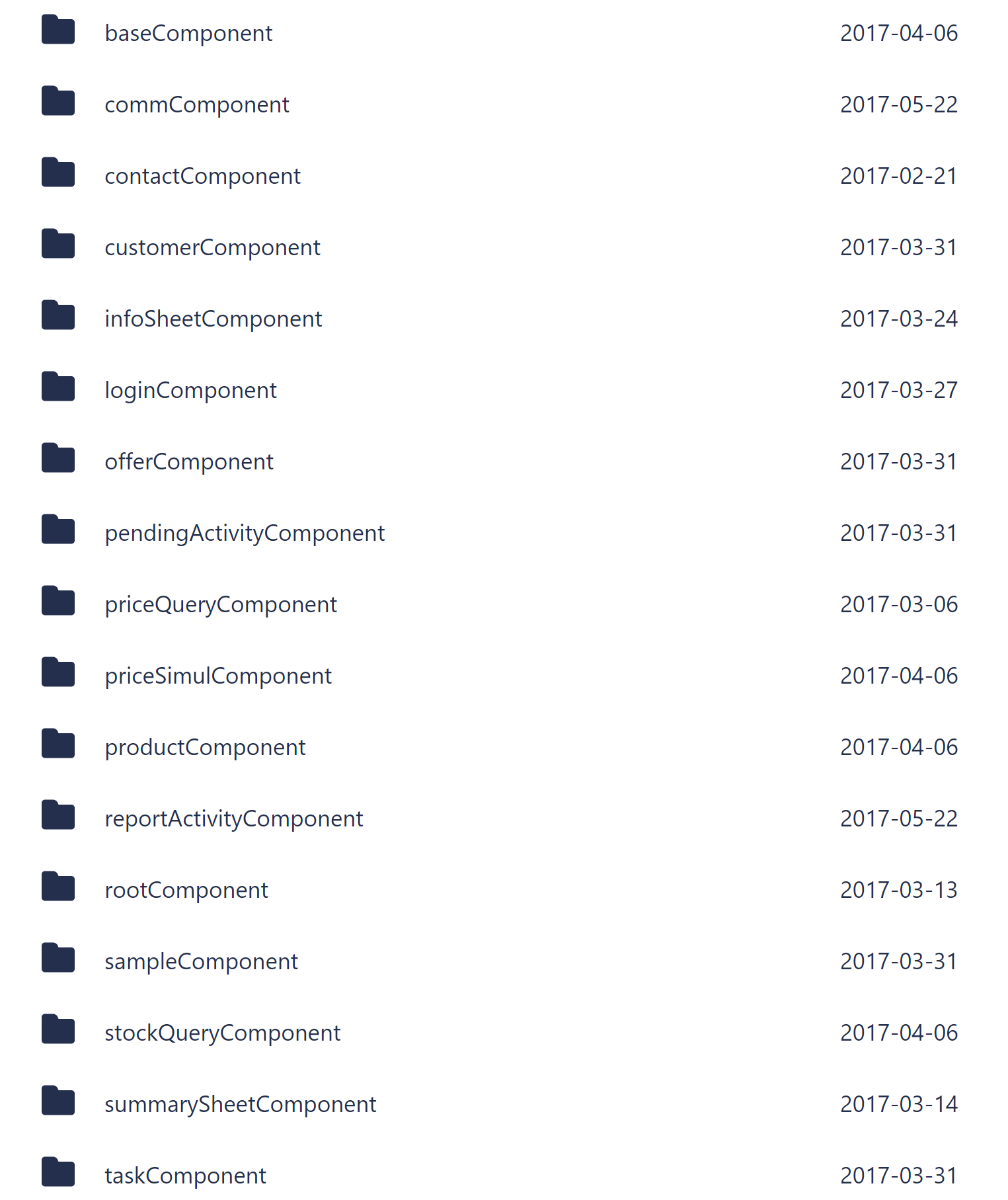 Implementing this as a monolithic app would have been even more of a challenge than it needed to be. With this, every part of the app was implemented and tested in isolation before easily merging it with the whole.

Hope you found this useful!

Nope, not at all, haha. If you’re having to rely on something like this, you’re probably not developing a Fiori like app (though it certainly can be done, depending on how you like to structure your applications). Of course, the Fiori approach is not always feasible.

We do try to warn customers that the recommended approach is to create small, role-based applications that focus on a specific action over a single kind of semantic object, but sometimes they just want to keep their UX and adapt their stuff so they can run it in Chrome or Firefox.

Or for whatever reason there are projects where we don’t have a Launchpad available. In these cases having a fullscreen Root component where you access your different subcomponents using some of the tile controls that UI5 gives you (while checking backend for roles and so on) can be kind of the next best thing. You still have a “huge” UI5 app, but really what you’re doing is creating several, small Fiori-like apps and embedding them in a single, bigger one that acts as our Launchpad, which can be similar to a Fiori Launchpad or it can be something completely different.

You could then deploy that app over something like a Tomcat Server and have something pretty similar to Fiori UX (or not, depending on customer preference) while maintaining full control over the code to deal with any possible requirement that might or might not be possible to implement over a more traditional Launchpad.

And of course, as I said in the main post, there's also the case of mobile apps. Most customers are not going to want to install several small apps in their phones, so sometimes you need to cram all functionality in a single mobile app and modularize.