Yesterday, we hosted an SAP CodeJam at KMD in Ballerup, Denmark for the sixth time. If you’re not familiar with the format, SAP CodeJams are hands-on events focused on a particular topic, run by subject matter experts from SAP. CodeJams are a great way to try out new tools and technologies, and to meet SAP community peers, who are interested in the same topic (that’s your conversation starter right there).

The topic of the CodeJam yesterday was the SAP Cloud Platform ABAP Environment, and we had a really nice turnout of people keen on learning more about ABAP in the cloud. 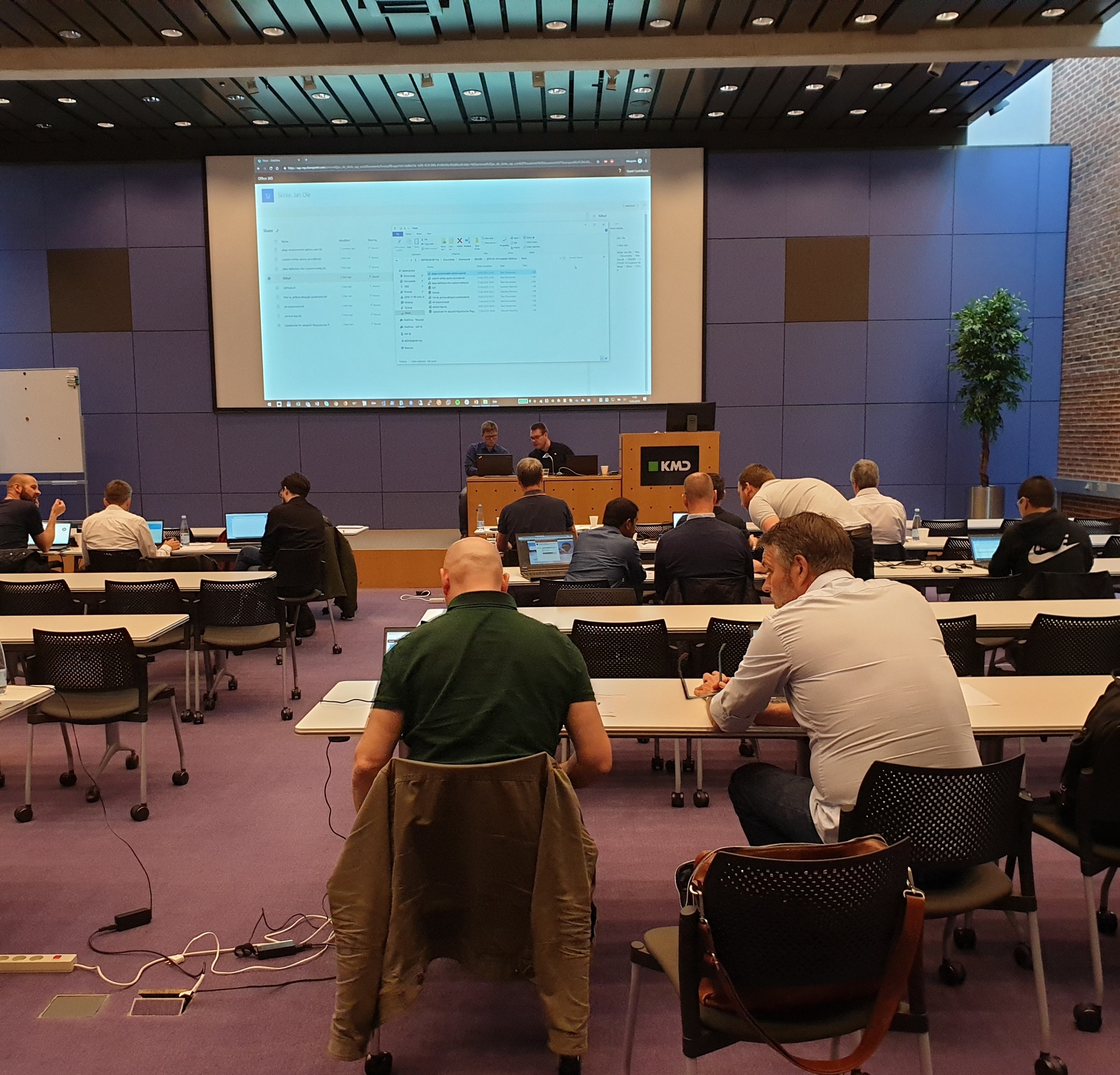 The CodeJam was run by Andre Becker and Jan Ole Skirke, who both work with the SAP Cloud Platform ABAP Environment at SAP. 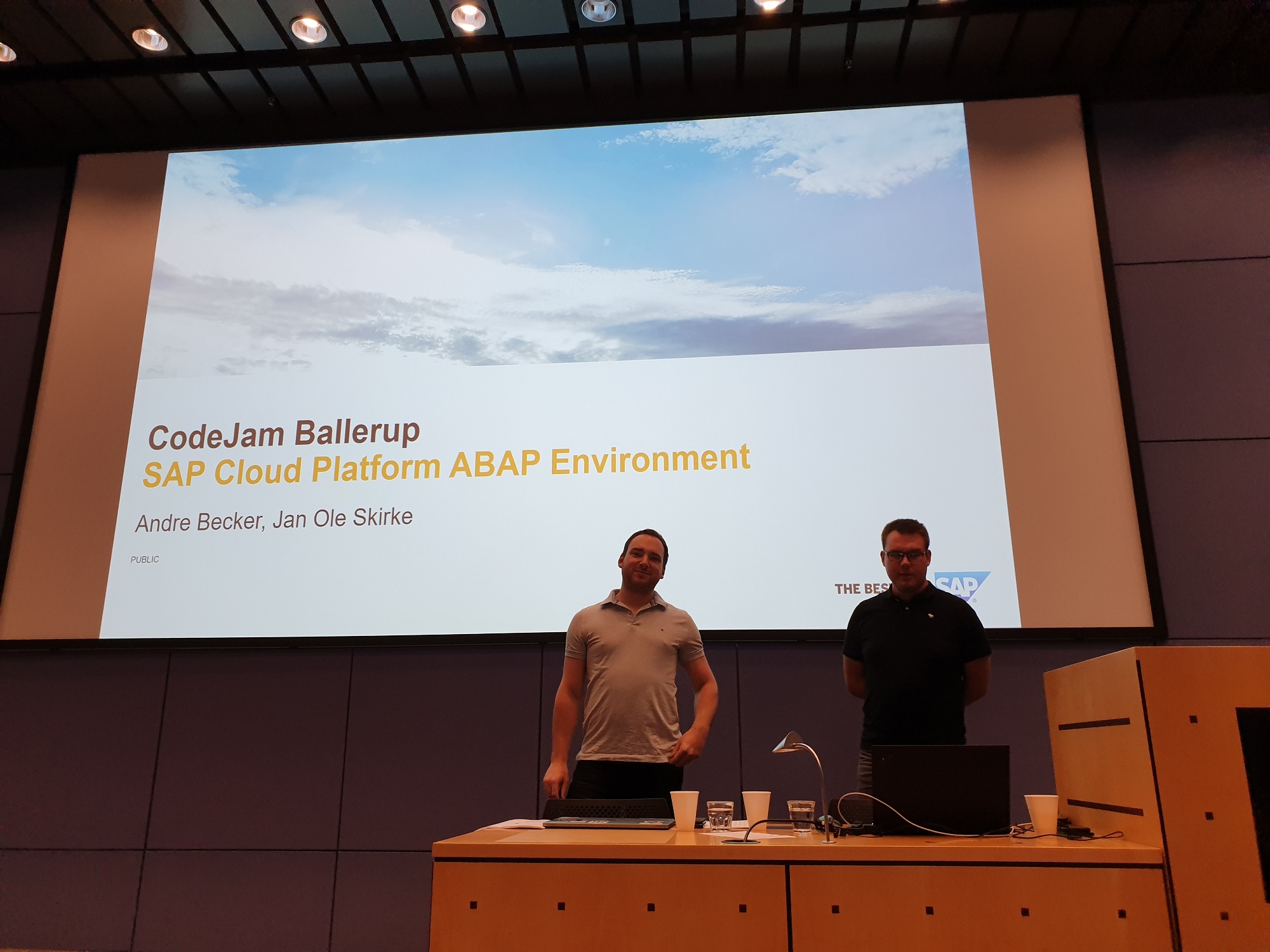 Andre and Jan Ole kicking off the CodeJam.

Jan Ole and Andre struck a great balance between high-level architecture, deep dives into the details, and hands-on exercises. I’m no ABAP developer by any stretch of the word, but I still learned a lot from attending. 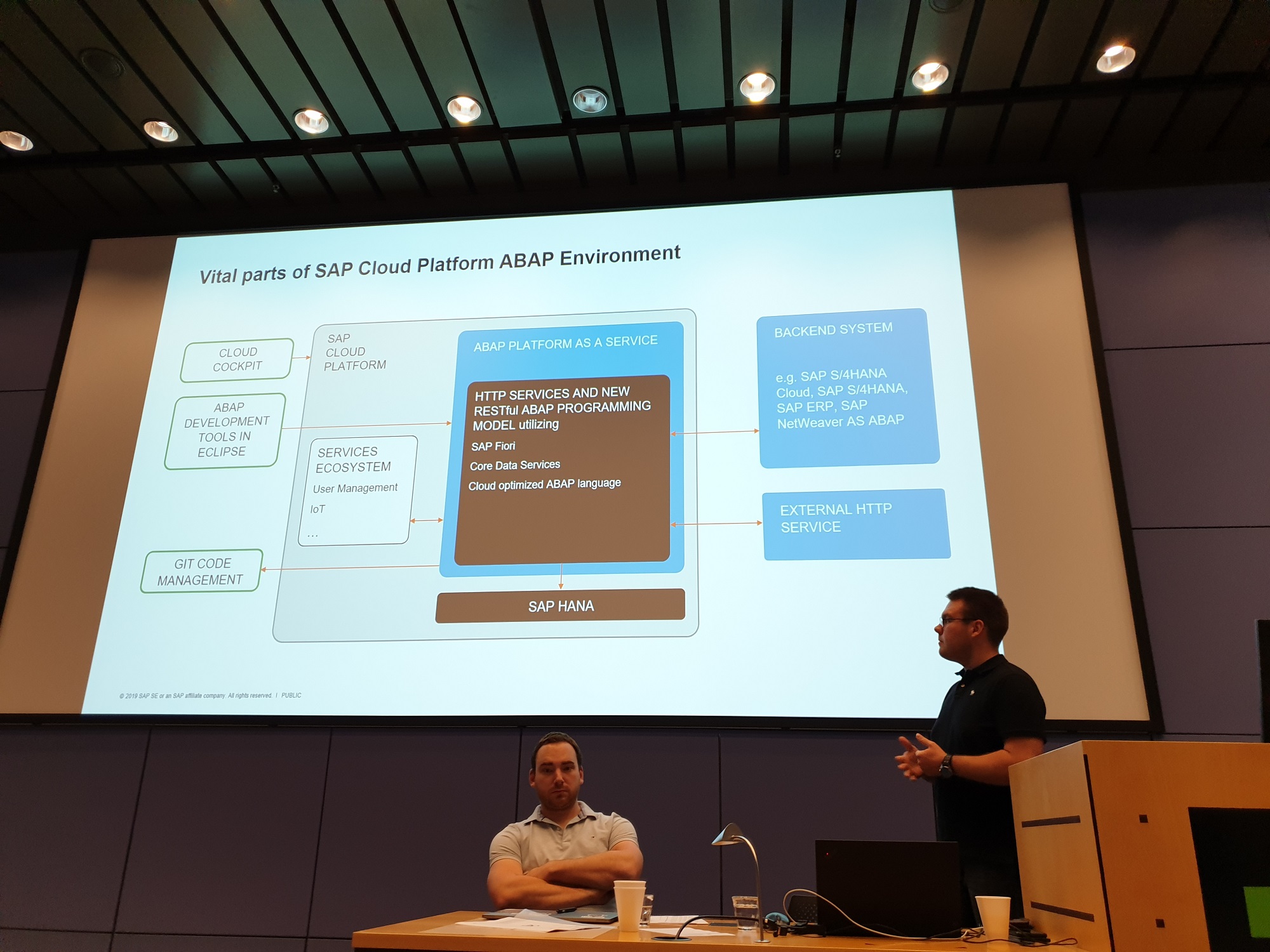 Jan Ole gives an overview of the ABAP Environment.

In addition to the ABAP Environment itself, we also learned about version control with abapGit, the RESTful ABAP Programming Model (RAP), and connectivity to online APIs and on-premise SAP systems using the Destination Service and Cloud Connector. 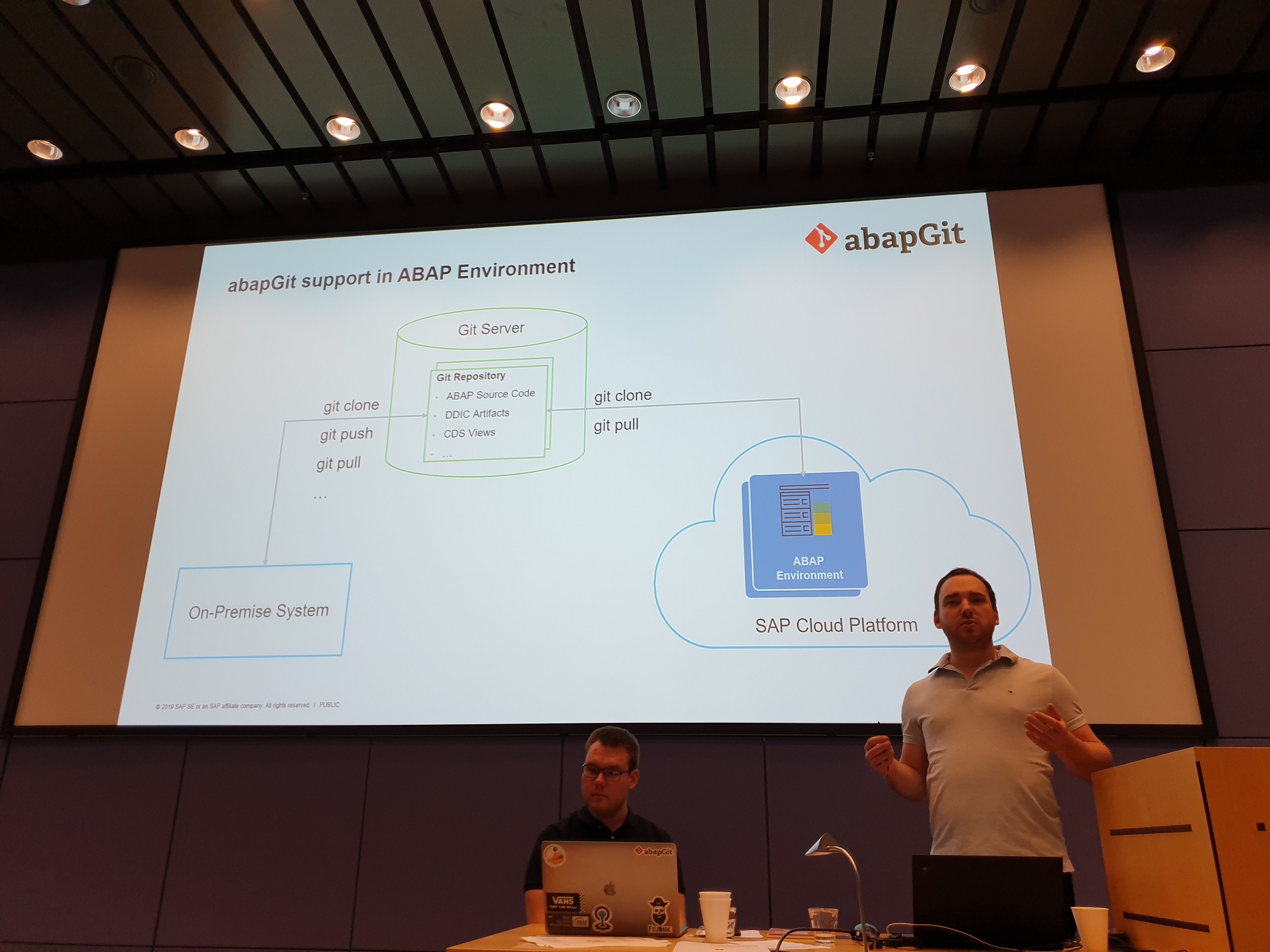 Andre talks about abapGit in the ABAP Environment.

During the day, there was a lot of knowledge to digest and unpack. That requires energy, of course, which KMD kindly provided in the form of lunch and snacks. 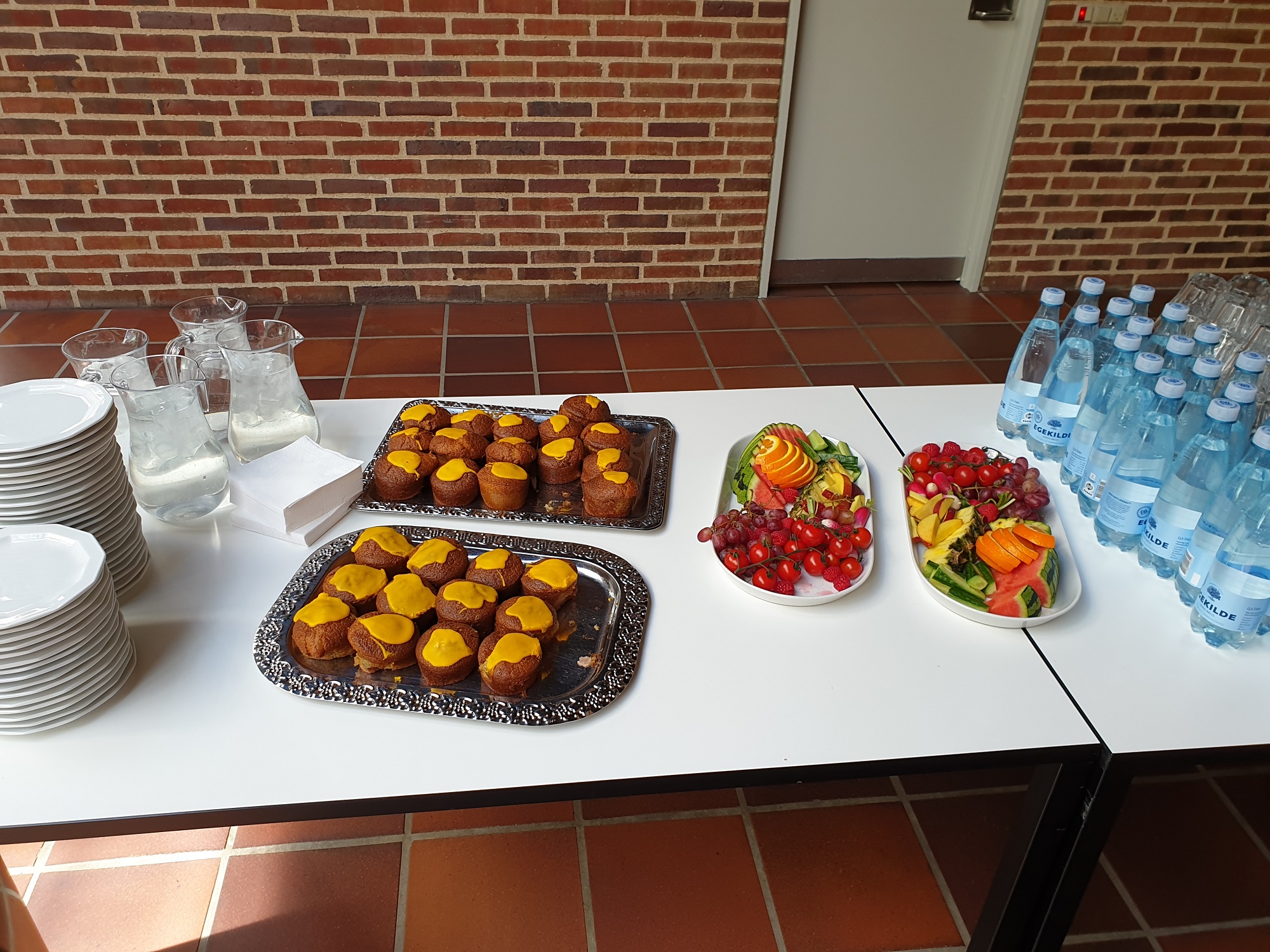 Energy-boosting snacks in the afternoon.

Thank you to Jan Ole and Andre as well as Krishna and Helena at SAP for a really interesting CodeJam yesterday!

P.S. Release 1905, the latest version of the SAP Cloud Platform ABAP Environment, was released yesterday, randomly coinciding with the CodeJam. You can read more about the new release in this blog post by Florian Wahl.

is it possible to provide the teaching material from the course about one of the most important topics such as versi RESTful ABAP Programming Model (RAP), and connectivity to online APIs and on-premise SAP systems using the Destination Service and Cloud Connector.

Thank you in advance

I don't think the slides were shared afterwards. The CodeJam tutorials in general can be found on the developers.sap.com site. Check out the Tutorial Navigator.