Reviewing the #ASUG2019 (hashtag for ASUG Annual Conference) for the week revealed interesting insights. See below

Most tweets had a topic included in them 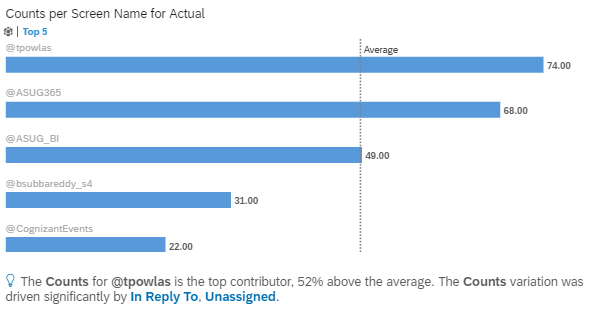 Top tweeters are shown above 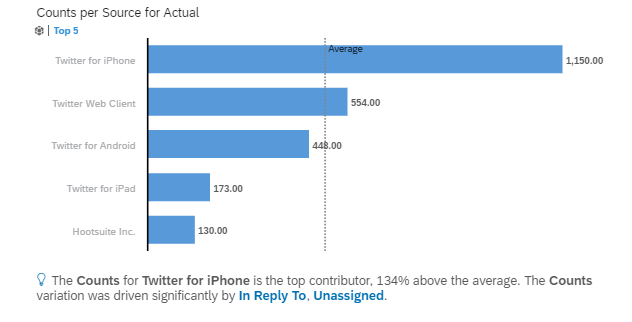 Apple CEO Tim Cook, a keynote speaker, would be happy to see twitter for iPhone being used the most in tweets. Given that the conference was held in the US, it is no surprise that most tweets were in English, followed by German, since SAP is a German software company.

Top topics are shown above. Some confusion existed about the hashtags – SAPPHIRENOW or SAPPHIRENOW2019? Interesting to see AI in the top 5.

Top organizations tweeted about was SAP, no surprise since it was an SAP conference. SAP Digital Boardroom was a popular topic along with SAP HANA Cloud Services, featured in Wednesday’s keynote.

Top products mentioned in the tweets include SAP Analytics, HANA and S/4HANA.

Some word clouds below (using the R package, since SAP Analytics Cloud doesn’t have a tag cloud out of the box): 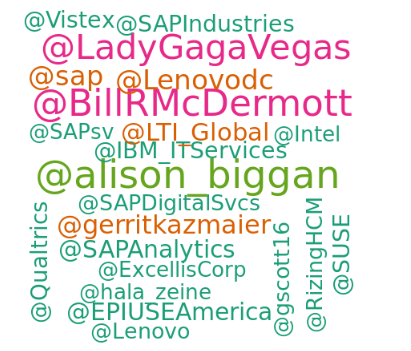 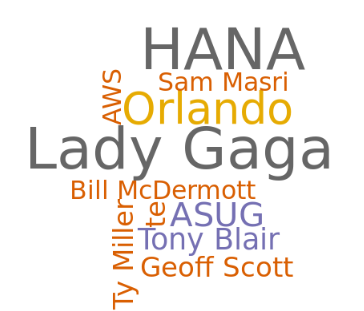 Only Lady Gaga could top “HANA” 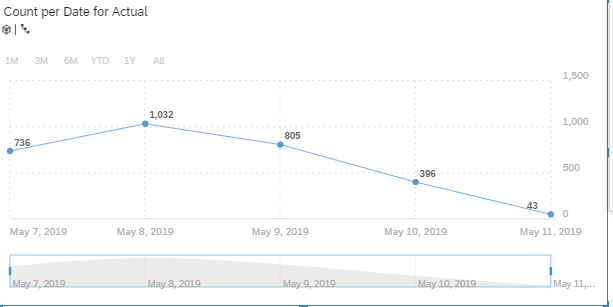 May 8th had the most tweets with the ASUG2019 tag; right in the middle of the conference

A highlight video below: