Recently, I had the opportunity to interview David Siegal, Digital Business Services Associate, Regional Shared Services, who came to SAP in November 2015 and is responsible for revenue forecasting, backlogging, maintaining spot orders and sales orders, among other responsibilities. Motivated, excited about his work, and passionate about life, it’s hard to believe that David once lacked confidence in his ability to perform in past positions. Growing up on the Autism Spectrum, he has faced a multitude of challenges. Although these challenges were tough, there was no stopping David from finding his niche in the workplace, especially with the support he has received through SAP’s Autism at Work program.

In recognition of Autism Awareness month, we asked David to share his experience living diversity and inclusion.

North America Communications: Tell us about your experiences growing up with Autism, what sort of challenges did you experience?

David: People notice, kids notice, adults notice that you are different, and they aren’t always positive about it. When I was younger, there wasn’t nearly as much information as there is now about how to specifically deal with kids on the Autism spectrum.

I was singled out sometimes by teachers because of what they perceived as behavior that deviated from the norm. I was punished because of misunderstandings or miscommunications with teachers and classmates. I had good intentions, but sometimes my behavior could come off the wrong way. I could also be socially awkward and was called names. As a result, when I was younger, I isolated myself somewhat. I didn’t often join classmates for lunch or summer activities even though many times I yearned to, it was tough because I like sports (some people even say I’m too passionate about sports). Back then I would have liked to have had a whole group of friends, but I realized that I needed to be comfortable in my own skin first. I am so thankful that I have a great group of friends now.

NA Comms: What was it like coming out of college looking for employment with Autism?

David: I graduated from the University of Pittsburgh and lived there for about two and half years after graduation. The recession hit industries there a little harder than it hit other places. From a business standpoint, I probably should have moved back to Philadelphia with my folks even a few years earlier but back then I wasn’t keen on moving home. It was tough at first, it started to make me question if I was good enough, and ever since then those experiences have affected me and provided a stronger impetus to bring a 110% effort, but also to count my blessings and always look to improve.

Originally after graduation, I wanted to find some type of lobbyist position in Washington D.C. where I could work on communications for campaigns. However, that wasn’t my strong suit and I think I just got kind of caught up in the political climate at the time. It seemed like everybody wanted to work on campaigns back then, especially with Obama’s historic campaign and eventual election ramping up. But I eventually realized that politics/outward communications wasn’t the right fit for me.

NA Comms: So how did you find your way to SAP?

David: Once I realized things weren’t going to work out in Pittsburgh, I moved back with my family in Philadelphia and found a job as a contract close-out specialist with the Defense Logistics Agency at its base in Northeast Philadelphia where I communicated with customers and government liaisons to make sure contracts were either paid in full, canceled, or closed out. We began using an SAP Business Suite solution to streamline processes, and that’s how I first learned about SAP. When I looked for a bigger opportunity, I saw SAP was specifically looking to hire people with Autism. I reached out to José Velasco in North America after hearing about him in the news on LinkedIn, and I told him about my career and experiences being on the spectrum.

I finished up my contract, gave them advance notice, and left my first position to train with SAP’s Autism at Work cohorts and start at SAP as an intern in 2015? I eventually got offered a full-time position and am very thankful for these experiences. I think maybe if I hadn’t had that earlier rough patch in my life about a decade ago, then maybe I wouldn’t have ended up here. 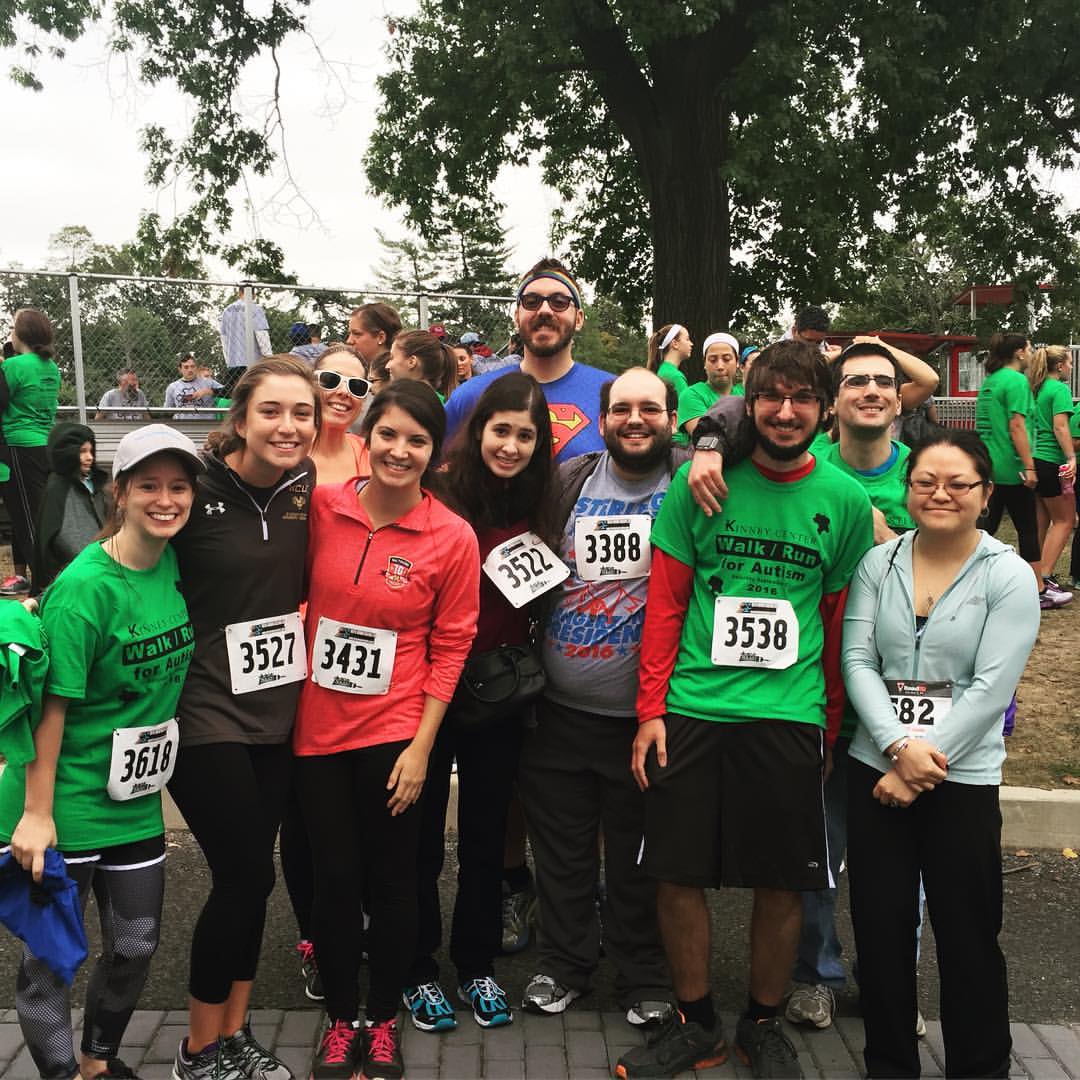 NA Comms: What was your support system like at SAP? Did you have a mentor?

David: I have had a number of mentors over the years and Michele Harvey was my original mentor in Digital Business Services (DBS). She’s in a different department now but has been a mentor of the Autism at Work program for a long time as one of her sons has Autism.

The Autism at Work team has been great as well with support from Peg Monahan and Gabrielle Robertson-Cawley. SAP’s team-building programs both through Autism at Work and through DBS have been incredibly helpful, and they are concerned with your life outside of work as well, which is really nice.

NA Comms: In the past, you discussed the myth that individuals on the Autism spectrum lack empathy, could you speak a little more to that and discuss other myths about the spectrum?

David: The myth is that most–if not all of us–don’t have empathy.

People on the spectrum actually have more awareness about empathy and how other people feel than others might believe. Sometimes when you think you are right, or you even know you are right, other people might not perceive your opinion or contribution the same way. My experiences with Autism have helped me put myself in other people’s shoes and taught me to be more aware of other people’s perceptions. That’s something I have improved on throughout my life, and something I have improved on even more since joining SAP. That empathy aspect has also greatly helped my relationships both in and outside of work.

NA Comms: What other opportunities has SAP presented you?

David: Thanks to SAP, I was able to participate in the Eagles Autism Challenge and speak at SAP S-KOM in Orlando. I’ve had the opportunity to speak on a lot of panels, including one with the Phillies last year. SAP also allowed me the opportunity to get more involved in the community, which I always wanted to do. One way I’ve been able to get more involved is by supporting the Kinney Center for Autism Education and Support at St. Joseph’s University here in Philadelphia.

I have also been able to network with other people on the spectrum as well as advocates for those on the spectrum. I love traveling, and another amazing opportunity SAP has presented me with is the opportunity to work at and visit many of SAP’s other locations across the United States like Hudson Yards, Boston, and Chicago, among others.

NA Comms: What defines your experiences at SAP?

David: Without a doubt, SAP’s support and encouragement has meant everything. They want you to learn, they want you to improve, and they want you to stay here. At SAP, you are always encouraged to be open, willing to learn, and to push yourself. They want not only for you to grow your career and your resume but also your social experiences, skills, and overall quality of life. I am very thankful for that.

I’ve learned to be more adaptable and less rigid than I used to be. Now when things get thrown off unexpectedly, I can adapt thanks to the rock-solid support system I have here and a strong foundation of training and skills that SAP has helped me build. SAP has also taught me not to sell myself short. Instead of making statements like “well I can’t do sales”, SAP has helped me better cope with the sales-related duties of my role by looking for ways for me to mitigate anxiety. It’s unbelievable to have support all over, and from the top down.

Overall, SAP has been instrumental in helping get me get acclimated and involved both inside and outside of work. I’ve learned life isn’t just a set of guidelines or a strict schedule you need to follow. I will always be thankful for this opportunity and my SAP experiences.

This interview has been edited and condensed 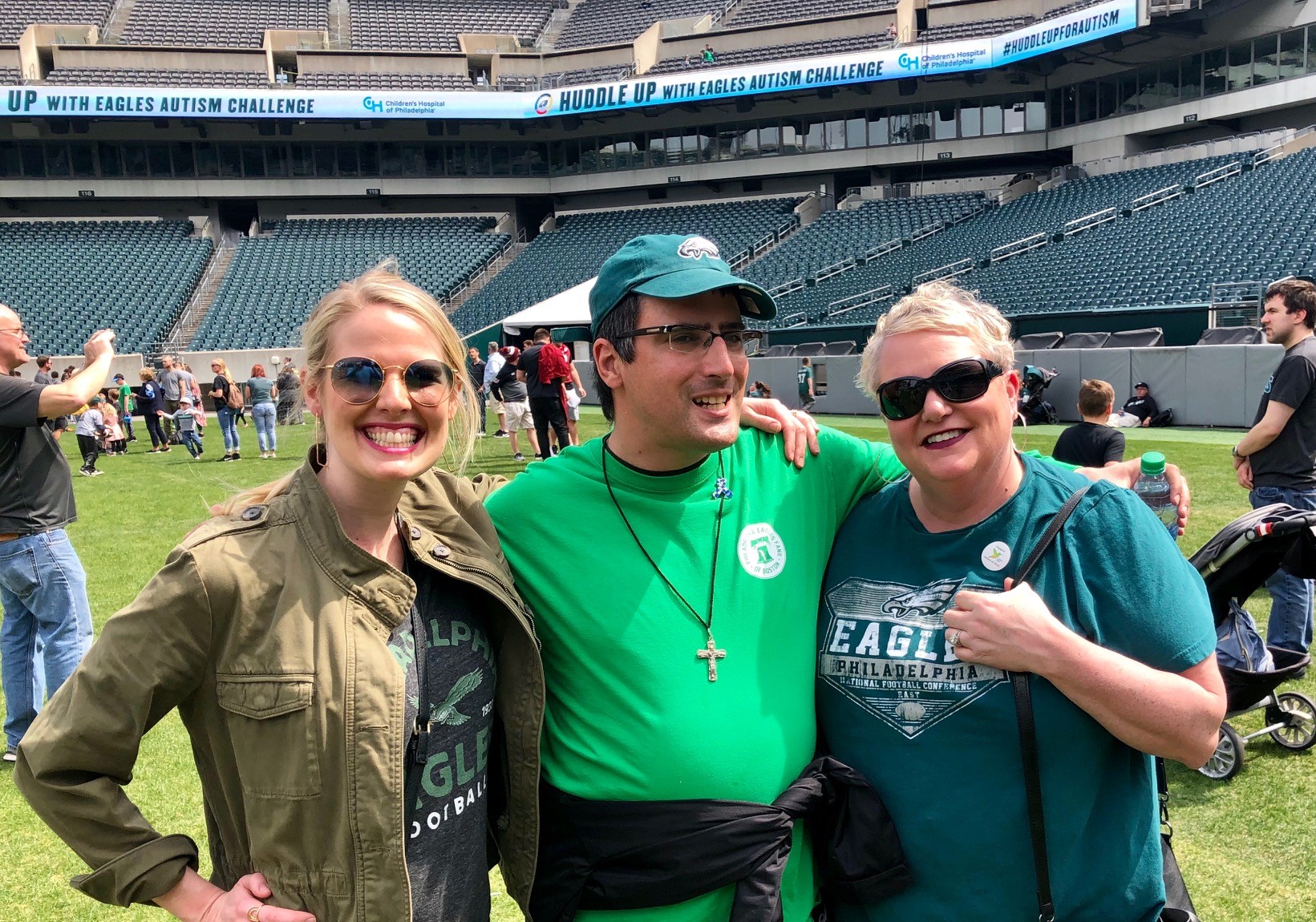 Great interview, thanks for sharing! 🙂

Encouraging story, thanks for sharing. I hope SAP JP has same kind of program for the struggling people as well.