At SAP, innovation is built into our company’s DNA. It is what drives us to create new solutions and products, solve complex problems and ultimately, make the world run better. People at SAP may do different things across different functions and teams, but they often share similar motivations – we question the status quo and apply creative thinking to everyday challenges.

Brilliant Hire is a startup venture born out of this mindset. 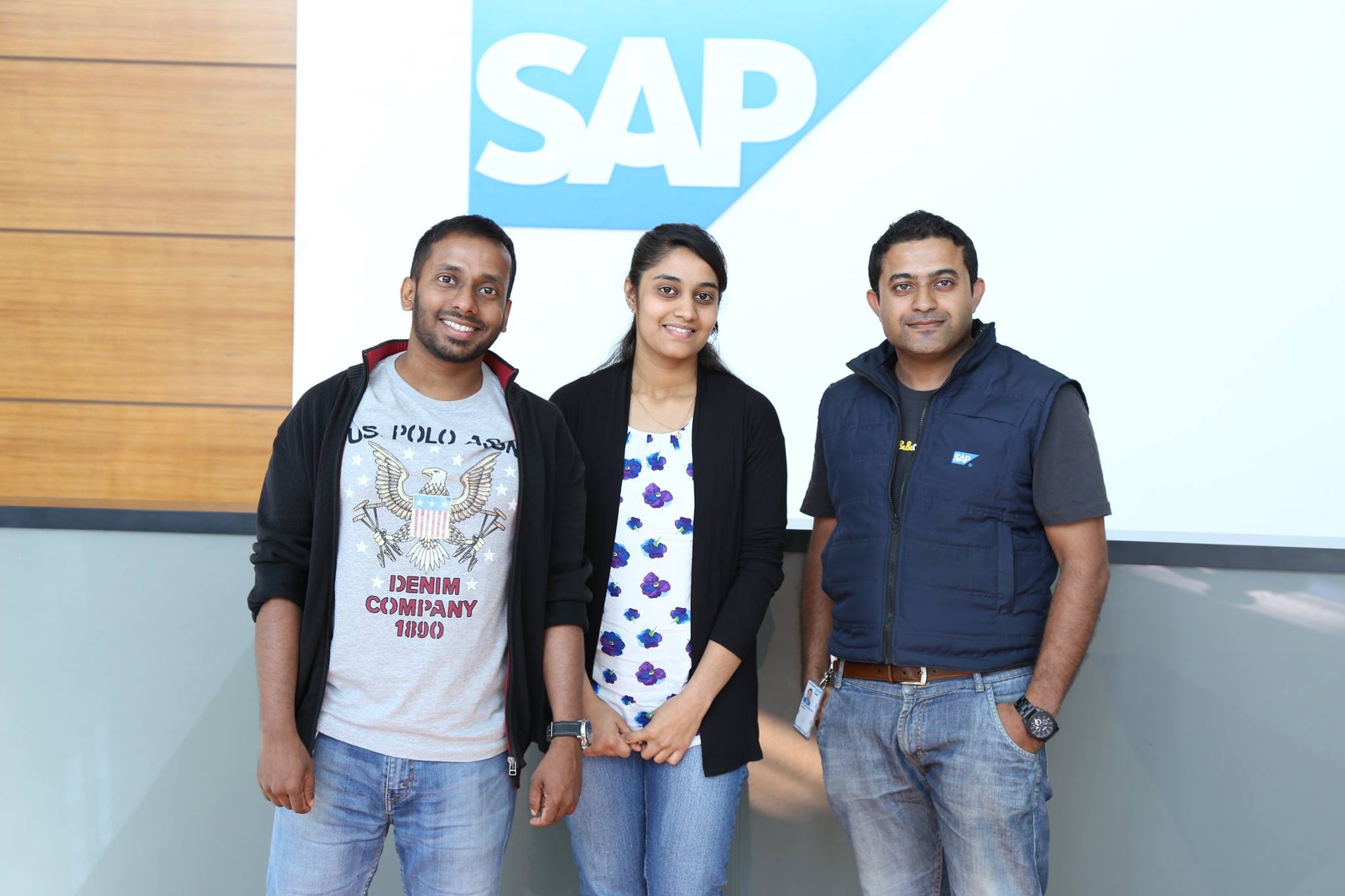 Founded by SAP Labs India employees Appaiah Ganapathy, Swetha PB and Hemant Shetty, the software allows prospective employers to evaluate a candidate’s skill and fast tracks hiring without bias using a digitalized prescreening process. In January 2018, the startup was awarded seed funding for incubation and became officially part of SAP.IO Venture Studio. What started out as a side project is now deployed internally in certain areas of SAP recruitment and adopted by SAP customers.

I spoke to Ganapathy to find out more about the winning team and their journey since then.

How did Brilliant Hire begin?

In 2016, Hemant, Swetha and I teamed up to take part in Innojam, an SAP coding challenge that encourages teams to innovate and build solutions. We built an application for visually challenged students to take written examinations without the help of a human translator – and won. It motivated us to take part in more hackathons. A few weeks later, we took part in another event at Labs India focused on HR challenges. We identified several problems in recruitment, notably the high rejection rate of candidates at interview stage and the great amount of time spent interviewing, which led us to create an interview bot. We won that hackathon too and was invited to join the SAP intrapreneurship program.

How did that initial bot solution turn into Brilliant Hire?

The SAP Intrapreneurship program provided us mentorship on various aspects of a startup from ideation and validation, to acceleration and incubation. When we validated our initial idea, we realized that the bot was just a preventive solution, not a cure. The high rate of rejection stems from multiple challenges. One glaring problem was unconscious bias, where candidates are shortlisted based on criteria unrelated to their skills, for example gender, name and the university they graduated from.

That is how Brilliant Hire came about. It’s a pre-screening tool which assesses applications based on capabilities. Personal data of each candidate is completely masked so only the best talent are shortlisted for their skills and competencies.

How did you juggle your day job with the startup?

Between October 2016 and January 2018, we  split time between our main jobs at SAP and our innovation project. We would meet in the evenings and weekends to catch up and brainstorm. After we got funded in January 2018, we could completely focus our time and efforts on Brilliant Hire.

What was your experience like in the intrapreneurship program?

It was a game changer for all of us. Before taking part, our day jobs were mainly focused on coding and development. But through the intrapreneurship program, we got the opportunity to wear different hats. We weren’t just developing the software. We were also responsible for marketing, generating customer leads and talking to customers. We were truly acting like a small startup within SAP. We’re proud to be first team from India to be funded, and the first team to secure a paying customer during the accelerate phase of SAP.IO Venture Studio. 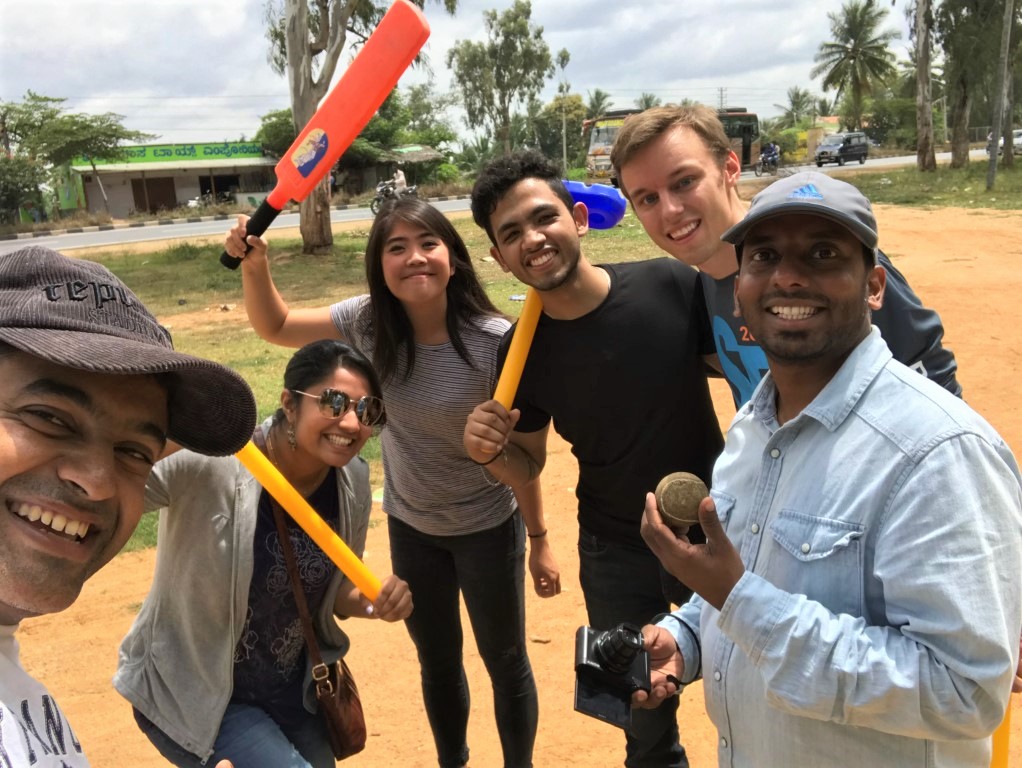 Since funding, how has Brilliant Hire grown?

Four weeks after we got funded, we finished building the alpha release of the platform and started piloting it inside Labs India and SAP North America. There were a few roadblocks along the way. In 2018, SAP committed to being GDPR-compliant globally, and we had to dedicate two months to test and solve any GDPR risk. The product attracted the interest of SAP SuccessFactors, and we started working on integration with the platform. By October 2018, we launched the beta version and launched Brilliant Hire on the SAP Store. We were also invited to do a demo at SuccessConnect 2018 and attracted the interest of several customers. We are proud that from this we have customers who are currently trialing Brilliant Hire.

What have you learned on this journey so far?

The most important thing I’ve learned is patience. I’ve also learned how to deliver a 3-minute pitch. Not everyone has time to listen to a long spiel.

Any advice to future Intrapreneurship program and SAP.IO participants?

There will be a lot of ups and downs on this journey, and it’s all about how you wade through those waves. Embrace the immense learning ahead. You will grow personally and professionally in ways you never thought possible.

How can SAP employees embrace innovation at work?

At Labs India, there are plenty of hackathons and innovation events, such as DKOM and Innojam, for employees to take part in. It’s also a great way to network outside your team. I used to only know people in my department, but since taking part in these events, I’ve met so many great people in the Labs India community and beyond.

Innovation at SAP is a Life at SAP series showcasing employee-driven innovation within SAP around the world. Do you have a story to share? Get in touch: cien.xu@sap.com

Interested in a career at SAP? Sign up for our Talent Community to be alerted of jobs and opportunities.