New Extended warehouse management (EWM) on S/4HANA platform is being released by SAP in May’2019.This blog is to highlight the features of this Decentral EWM on S/4HANA along with its deployment options and migration.

Features of Decentral EWM on S/4HANA 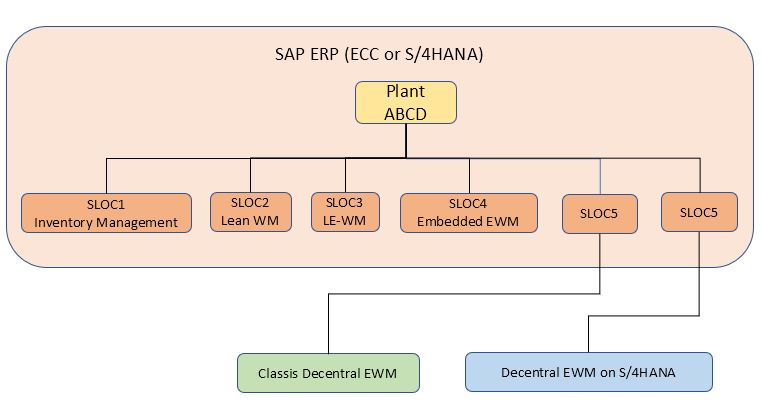 As of SAP’s present plan (with disclaimer), classic decentral EWM will have its end of life in December ‘ 2025 similar to ERP ECC . Hence, existing classic decentral SAP EWM should be planned to be migrated to Decentral EWM on S/4HANA. Following points need to be considered for migration.

So, initially HANA database was used mainly in BW system , then it became the mandatory database for S/4HANA Enterprise application . Now, this S/4HANA platform is also being extended to other application like EWM . We need to wait and watch whether other applications like Transportation management etc also will be on new S/4HANA stack in near future.

This blog is based on a recent webinar by SAP and my personal understanding . Will appreciate your feedback & views.

Is it not that the baseline for decentral EWM on S.4 HANA is 9.5 version?

Thanks for the post. It was insightful and concise read.

I have a query. While planning migration from classic ewm to decentral EWm on S/4 hana

enterprise will need plan how to tackle the gap in functionality between classic decentral ewm and decentral ewm on s/4 hana like SCM route and firori app for returns for example. agree?

How soon You think decentral EWM s/4 hana will have all the functionality  of classic decentral.

As per SAP's roadmap, SCM Route and Fiori app ' Process E-commerce return' will be available in 1909 release .

is it possible to migrate from EWM Version 9.1 to decentral EWM on S/4HANA ?

Thanks for post. Can we go direct from EWM 7.02 to S/4 decentral 1909. Is there any code check tool available to see custom code compatibility on S/4 decentral.

You mentioned in your blog that there shall not be any open documents like WTs and WOs etc. however we got confirmation that even migration of open docs are now possible. You comments please!

I would like to confirm for 100% - Currently I have on a project 2 S4HANA 1909 installations (one acting as ERP and one as decentralized EWM) and I am trying to implement scenario with 2 EWM storage locations (one with RAW material and second as production one).

Ideally that would be scenario R3: 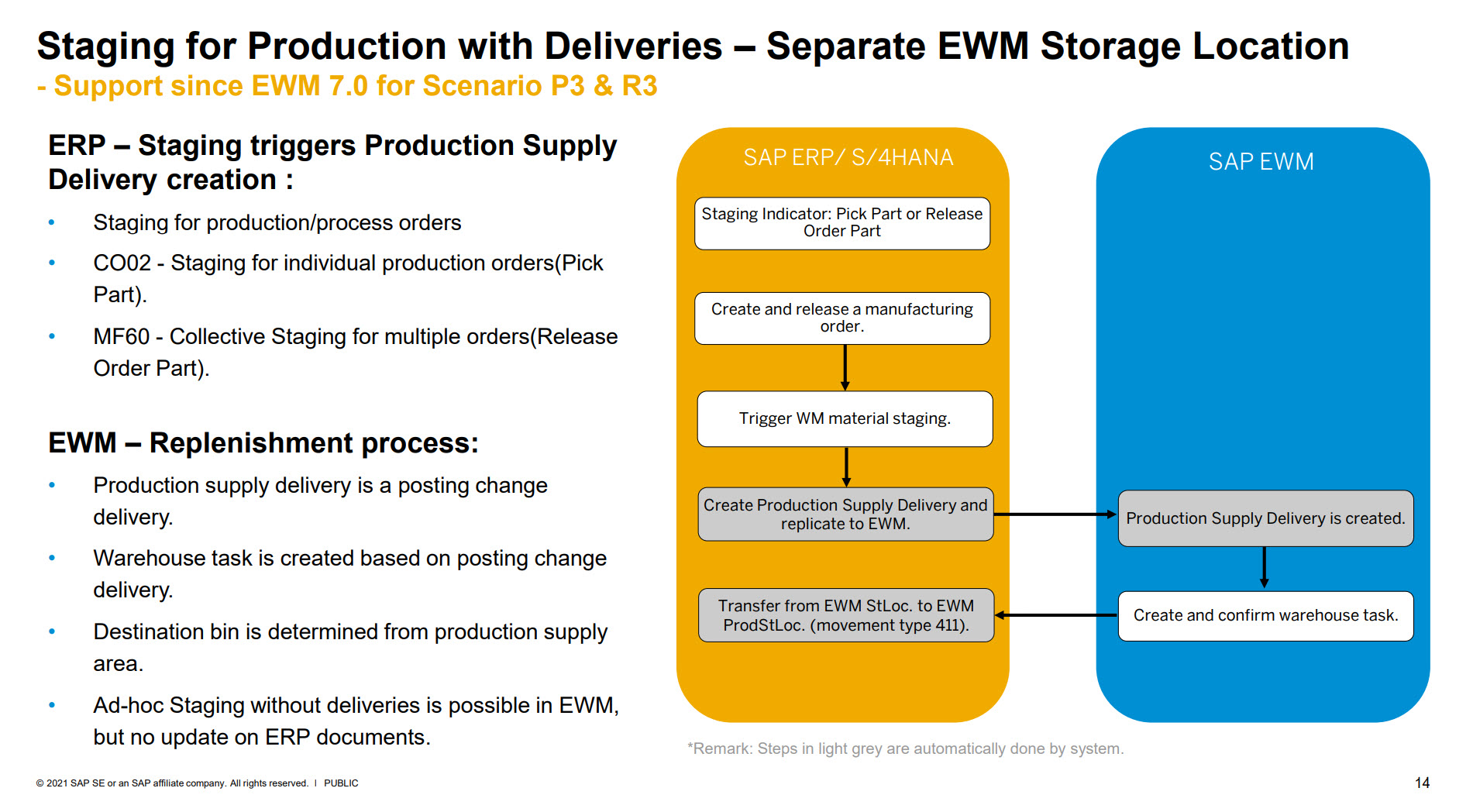 Unfortunately during MFBF posting there is an error as shown below:

Does it mean that "Release Order Part" scenario works only with REM in embedded S4HANA 1909 and not in decentralized ? So the only scenario for me is to have RAW material in EWM and then material staging via EWM to IM production storage location ?