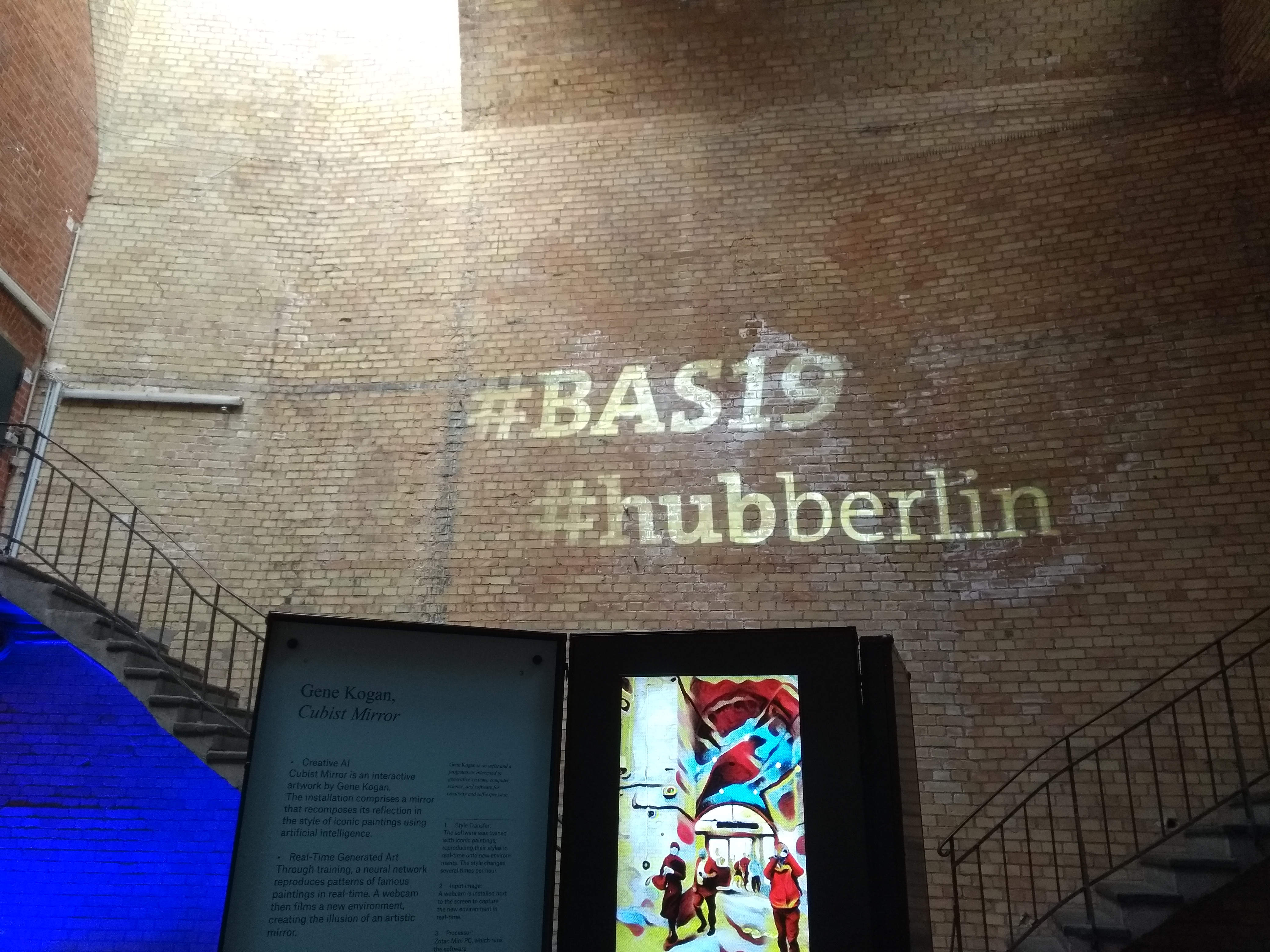 Several students of us got the possibility to attend one of the top events in case of joining industrial purposes and scientific research together: The Hub.Berlin. The event took place on the 10th and 11th of April 2019 in the old concourse of the train station at Gleisdreieck in Berlin. During the two days manager, product owner, scientist, start-ups, students and others could attend several talks about the impact of artificial intelligent, deep learning and other pioneering technologies and methods for companies. Nevertheless, the main focus for most of the participants was on the networking aspect, because people with different skills, possibilities and knowledge were assembled at one place and a potential cooperation could help all of them.

I personally was interested in the Big-Data.AI Summit presentations, which were included in the Hub.Berlin this year. They put a stronger focus on the usage and implementation of Deep Learning methods in a business use case.

The supplied application and the environment made it really easy to follow the daily event schedule and to network with interesting people. As several talks took place at the same time, I couldn’t attend all of them, so that I mostly summarize my experiences during the event in several categories (not in chronological order).

Globalization in a Digital Age 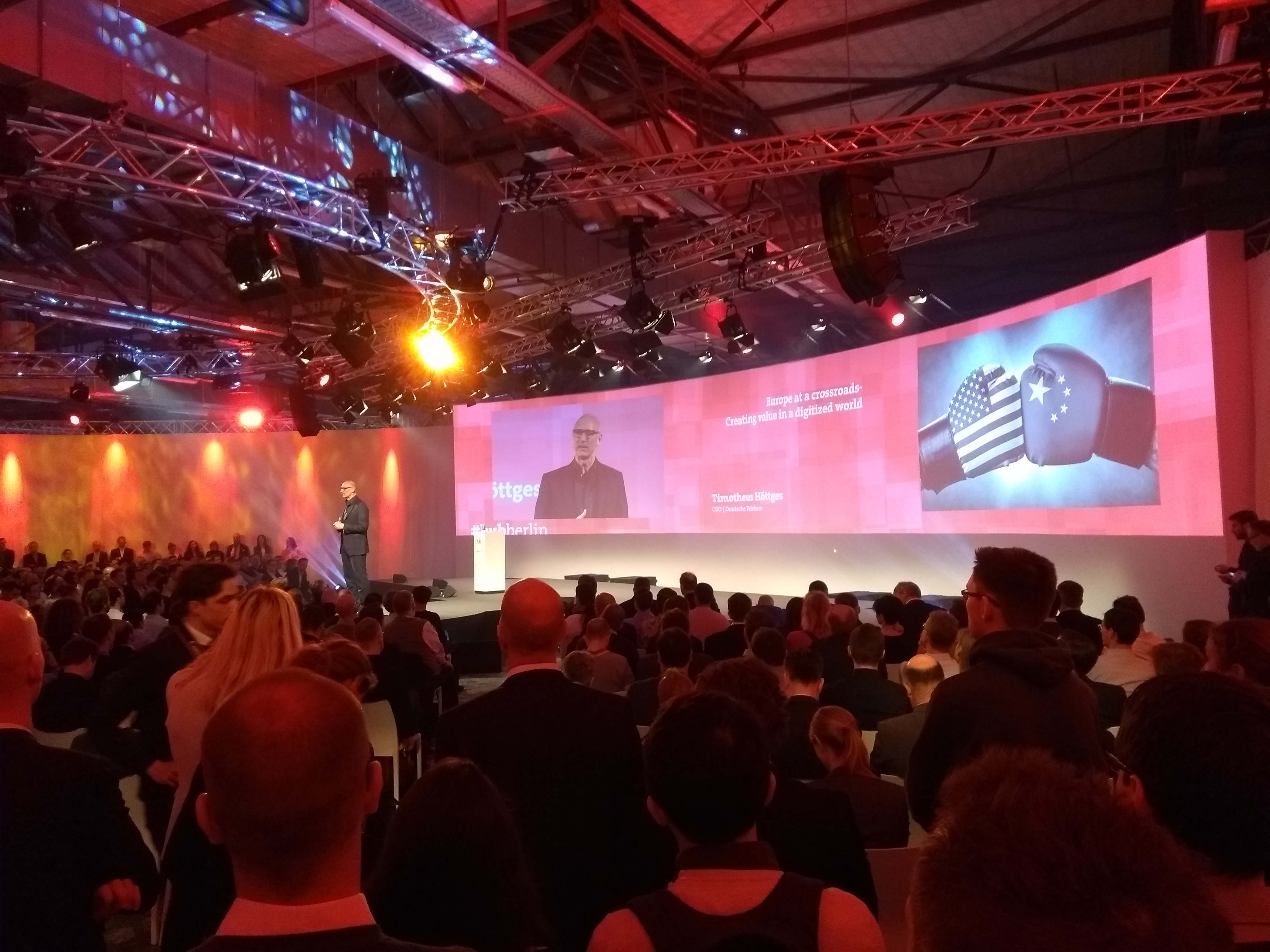 The beginning of the event was filled with the keynotes of Achim Berg, Timotheus Höttges and Katrin Suder, which talked about the trends in our new century and the overall competition in the world. According to Mr Höttges, China and USA are the big players concerning influencial companies and Europe has to catch up by creating company champions and decreasing the competition, so that the European market can rise. Ms Suder added the importance of data collection and industry policies. Other business-related talks mentioned the history and future of AI and its position in the Gartner’s hype circle. Peter Altmaier attended the conference on the second day with a speech about the political perspective of moving the digital revolution further.

As part of the conference, start-ups could pitch their innovative ideas to a jury to get funding and an audience. They were grouped into several categories like transportation or digital education and each of them had less than 5 minutes time to present their idea. Afterwards, the jury can ask questions. That included an app that use of smart phone data to generate a parking map to easier find a parking spot and a small bike, which can be used to deliver packages to customers in cities (decrease the traffic problem). 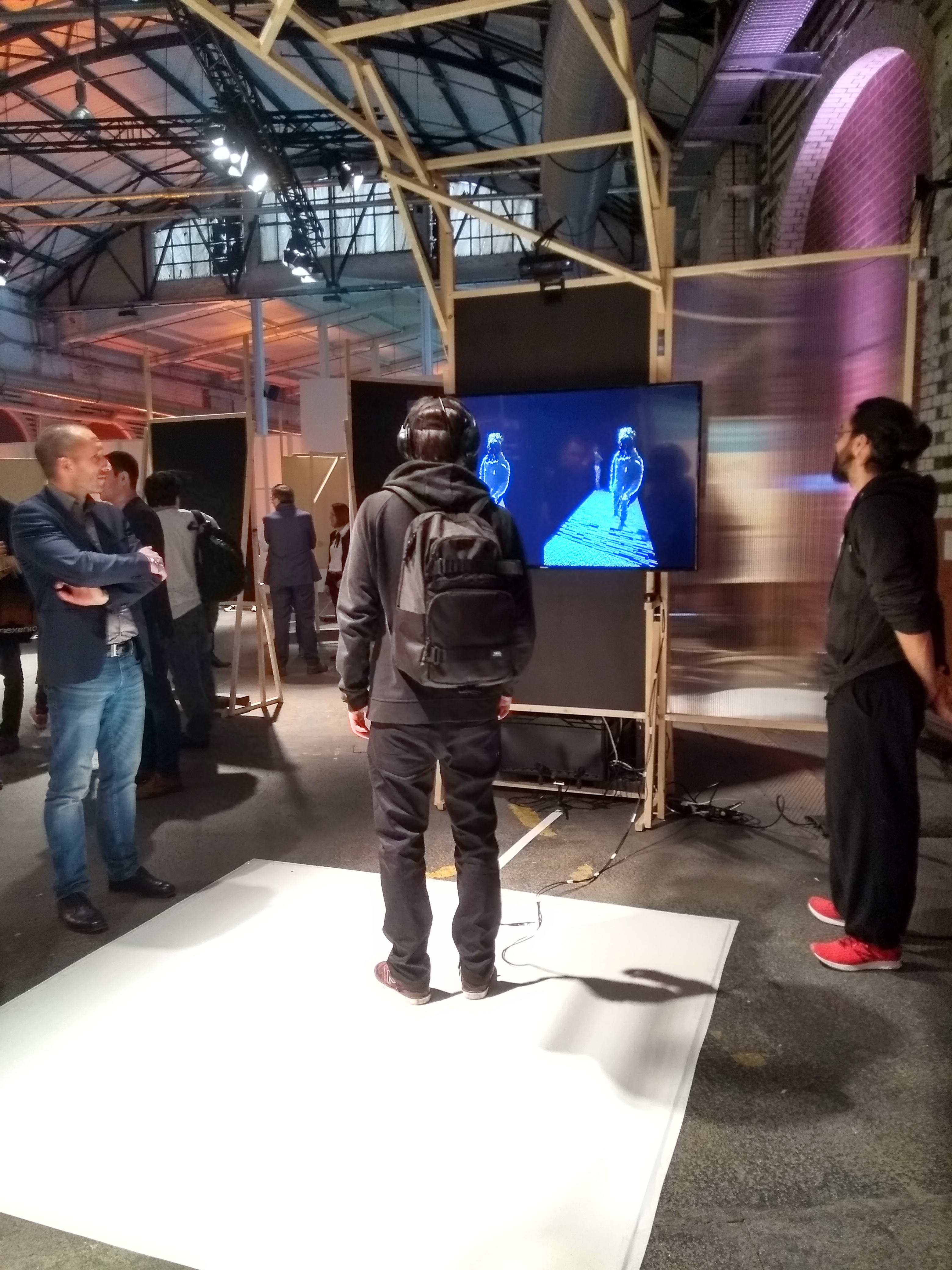 Another part of the Hub.Berlin was the Samsung digital lab, where new technologies were crossed with art. For example, one app was presented, where you can mix a song by virtually projecting it into the space around you, so that you can work together with other people in a physical space. Other ideas involved a VR classes to create a space, where your movement generates sounds or the visualization of communication of small robots that act like insects.

The Big-Data.AI Summit showed interesting insights of the usage of AI methods in a real use case. It looked like that medical data will play an important role in the future and the question about with who you want to share it. Moreover, they showed the usage of data in the crime prevention sector, the energy resource distribution sector and most interesting the emotional detection field. Nowadays, it is already possible to precisely detect the human emotional state (or even their age, height or other body aspects) by the way they are talking. It is understandable that these developments raise also the concerns about a possible misuse. Therefore, several talks dealt with the ethical aspects of the digital revolution.

On the other hand, most of the data science projects unfortunately don’t get to a productional usable stage, according to a presentation during the event. Therefore, interesting topics like Blackbox parallelization, the myths of anonymization and the possible usage of customer mobile data were ideas to use more information in agreement with data protection laws.

Last but not least, the environment of the Hub.Berlin encouraged founders and investors to come together, discuss and collaborate in an open space. There were several booths with start-ups and companies for example to generate personalized letters with your own handwriting font or to brain storm with a digital whiteboard, which can include analog post-its from a physical board. The trend also goes to customizable machine learning platforms, where the user can easily include data sources, train models and deploy them in the same application.

I mostly enjoyed the time at the Hub.Berlin, because you could feel the spirit of start-ups connecting with large investors and companies to become the new European flagship. From a data scientist perspective, I have to admit that the talks were mostly to high level without a proper explanation of the technical information like the kind of ML technology that was used. On the other hand, that wasn’t the main focus of the conference and therefore the organizers cannot be blamed.

I’m really thankful to get the opportunity to attend the conference.