Purpose of the Document

As there are lot of changes happening with technology and customers also using applications built on various technologies it is always challenging for SAP GRC access control solution to support provisioning for Non-SAP systems. Also the integration with Non-SAP systems is not straightforward and will require certain level of customization in both target applications as well as in GRC system.

The purpose of this blog is to explain how user access provisioning to Non-SAP systems can be handled by GRC system using “Manual Provisioning” option in GRC without putting efforts on additional customization.

The details discussed below will be more on the technical setup and for illustration I have used “ARIBA” as the target system being integrated with GRC.

Create a connector in SM59 with connection type as “L” (Logical Destination). For illustration purpose, I have used ARIBA as the connector name. 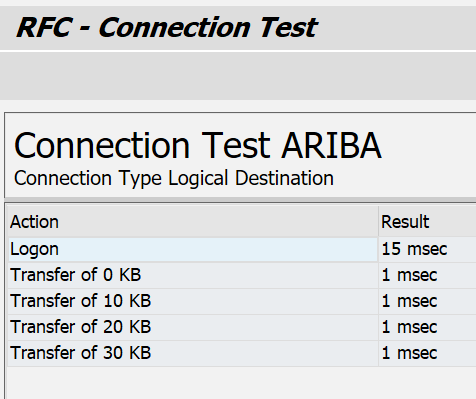 Define connectors in the following IMG path: Connection Type “FILE” will be used for the connector. 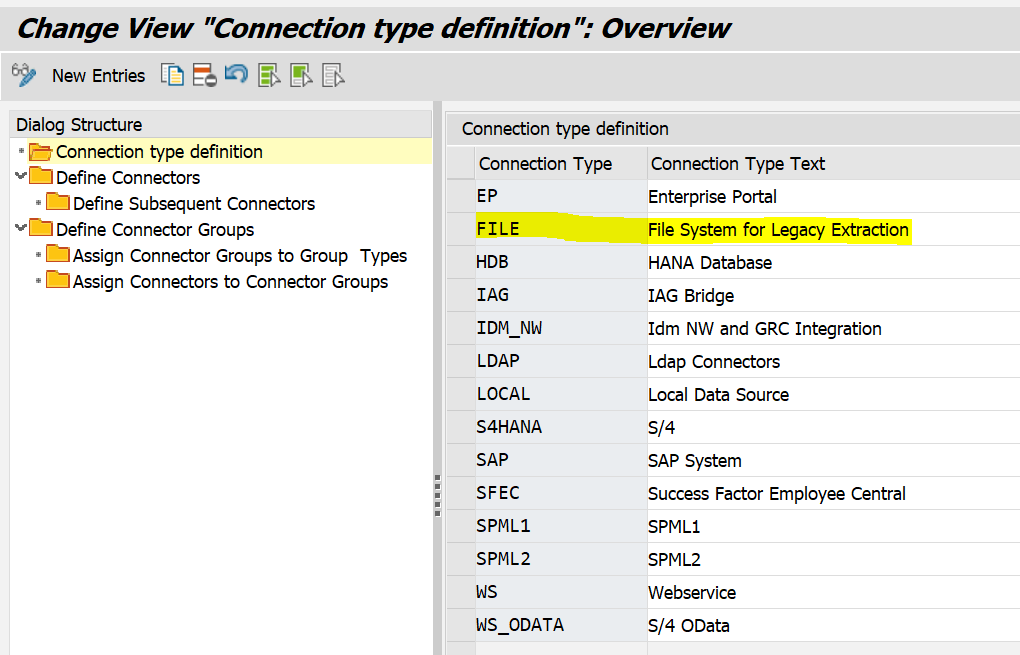 Connector must be assigned to all AC related integration scenarios (ROLMG, SUPMG, AUTH, PROV) available as it is a good practice.

In this configuration, you can assign the actions to a connector group, and then select the default connector for each group 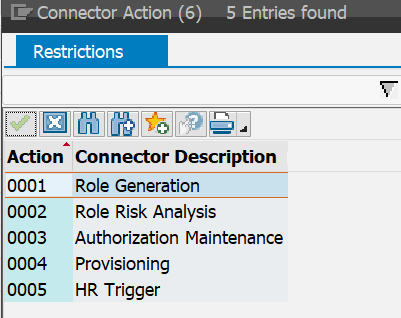 To enable manual provisioning and also to run risk analysis the pre-requisite is to load the User and Role data of your Non-SAP systems into GRC system.

Execute transaction FILE and following screenshot will be shown as below:

Define relevant Logical and Physical paths in the FILE transaction 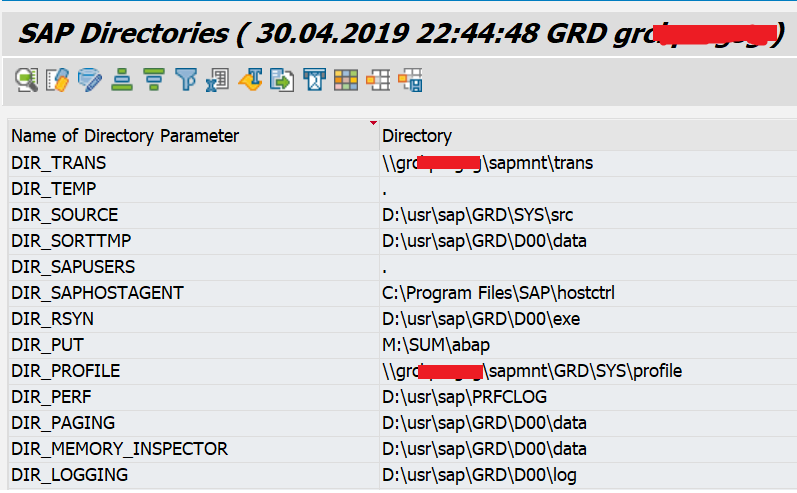 File Name highlighted below will be the actual filename in which the Non-SAP data will be maintained and uploaded to application server and can be viewed from AL11.

In this configuration, you assign connectors to an integration scenario. The application uses the connectors to communicate with other systems in your landscape

For “AUTH” integration scenario, we need to maintain logical paths defined in the previous step as the corresponding User and Role data will be retrieved from the files in this path.

Following File ID naming convention must be followed while configuring the logical paths in the connector configuration as these names are hard-coded in the corresponding program logic. 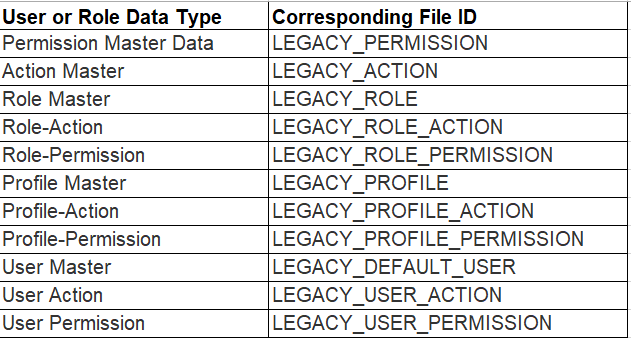 File Format and File Content details on which fields are Mandatory, Optional etc, for the above mentioned files can be followed as per the format specified in following SAP Note: 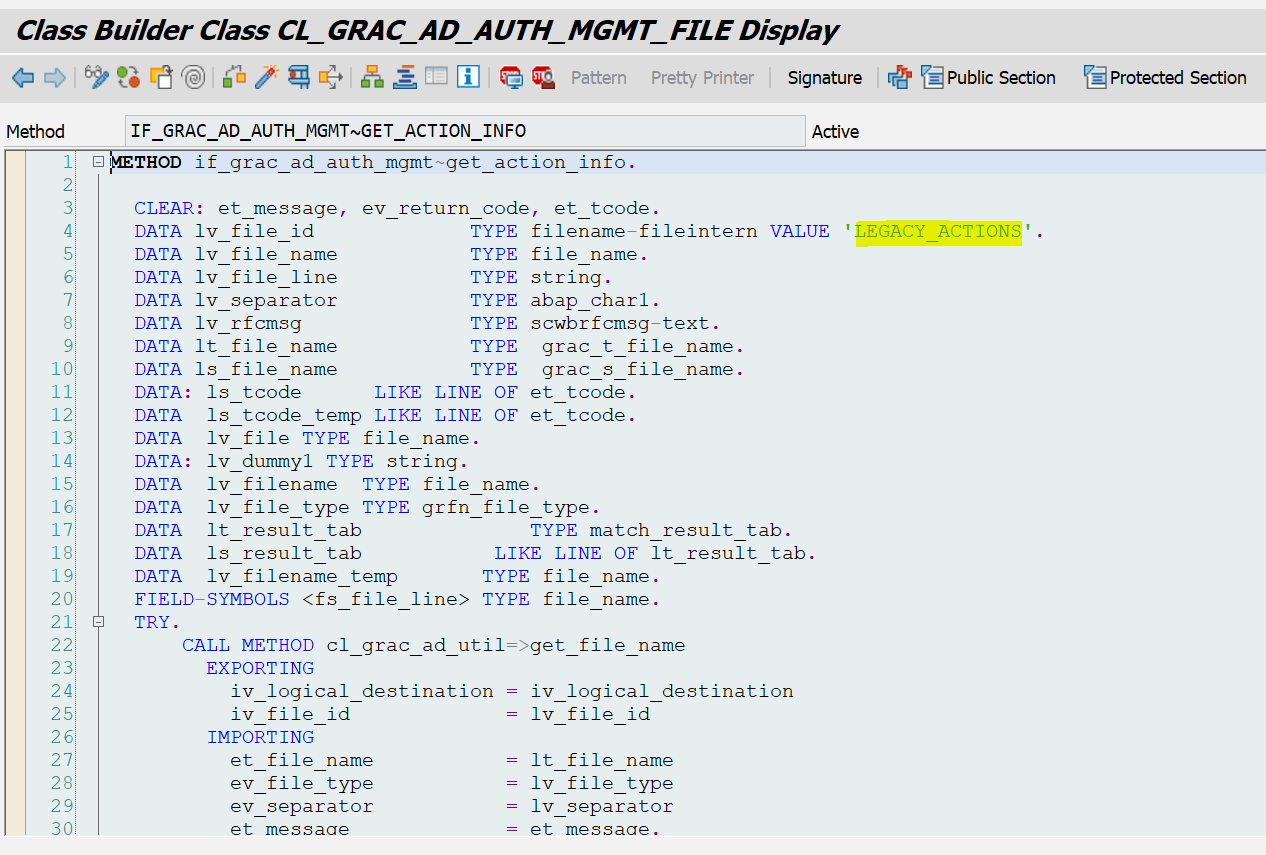 For uploading the files to application server, we will use standard SAP function module “ARCHIVFILE_CLIENT_TO_SERVER”

Path: Local path where files are stored in your PC

After executing the function module for all relevant files, all files will get uploaded to application server. 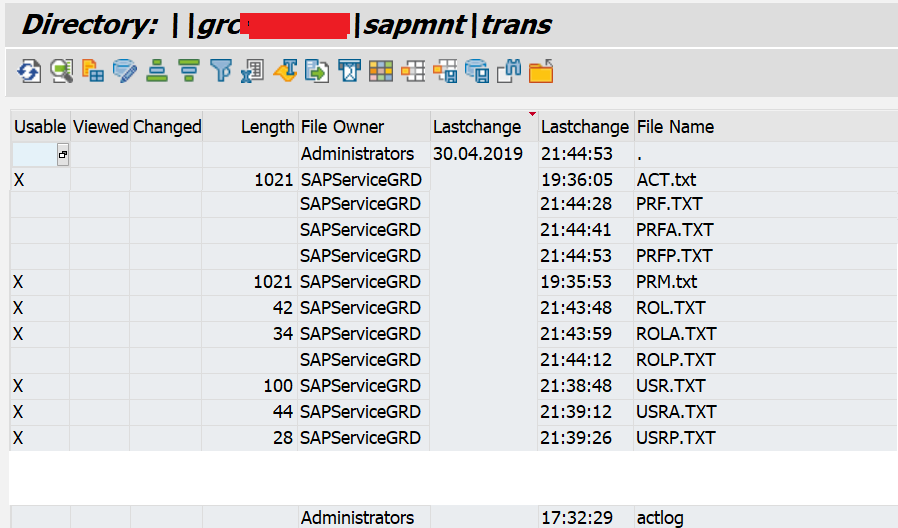 Once all files are uploaded, you can execute following SAP standard synchronization jobs: 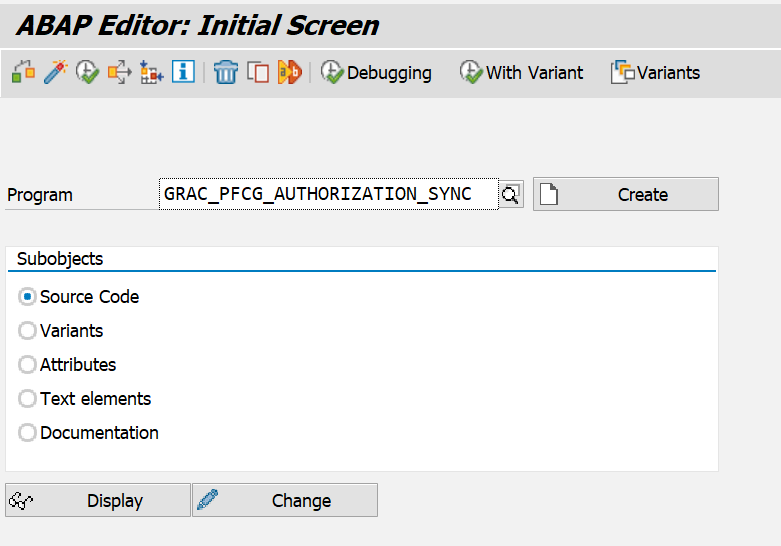 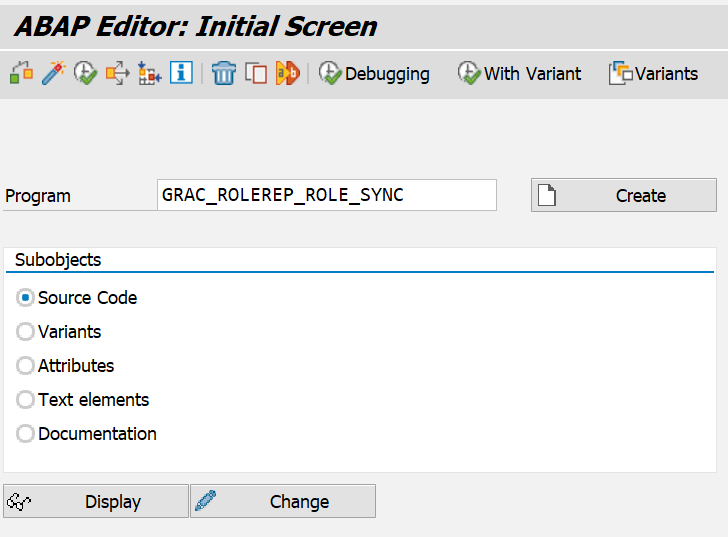 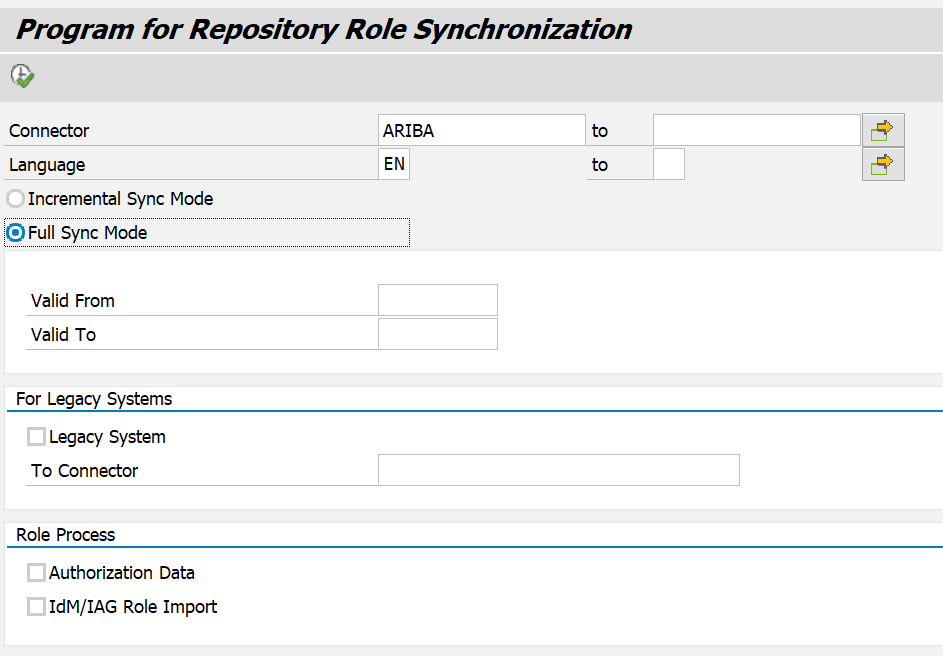 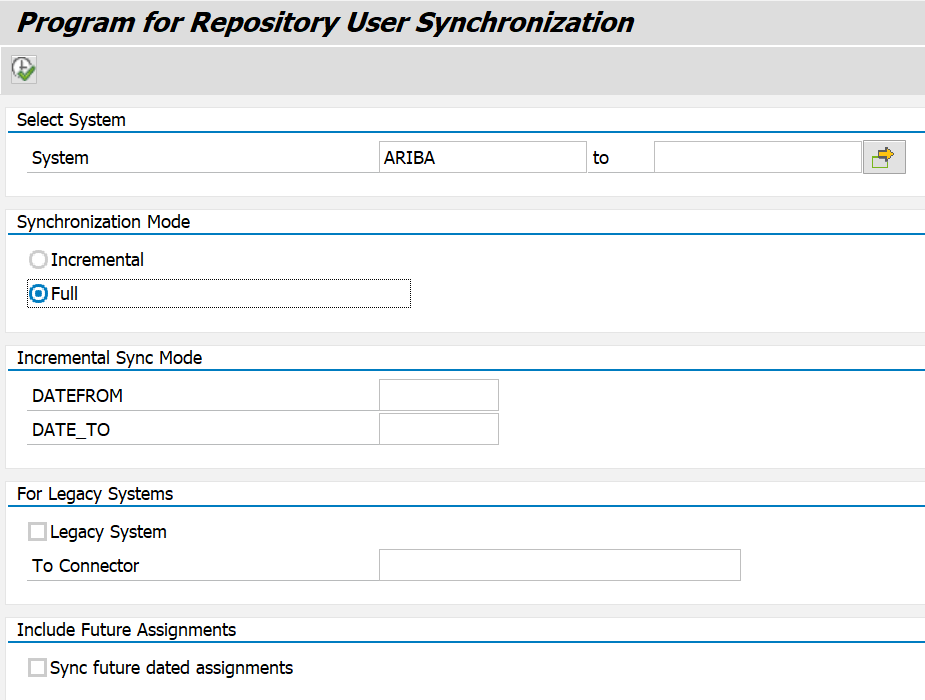 Once the above sync jobs are completed, the ARIBA roles will be uploaded to BRM and will be further used for provisioning. 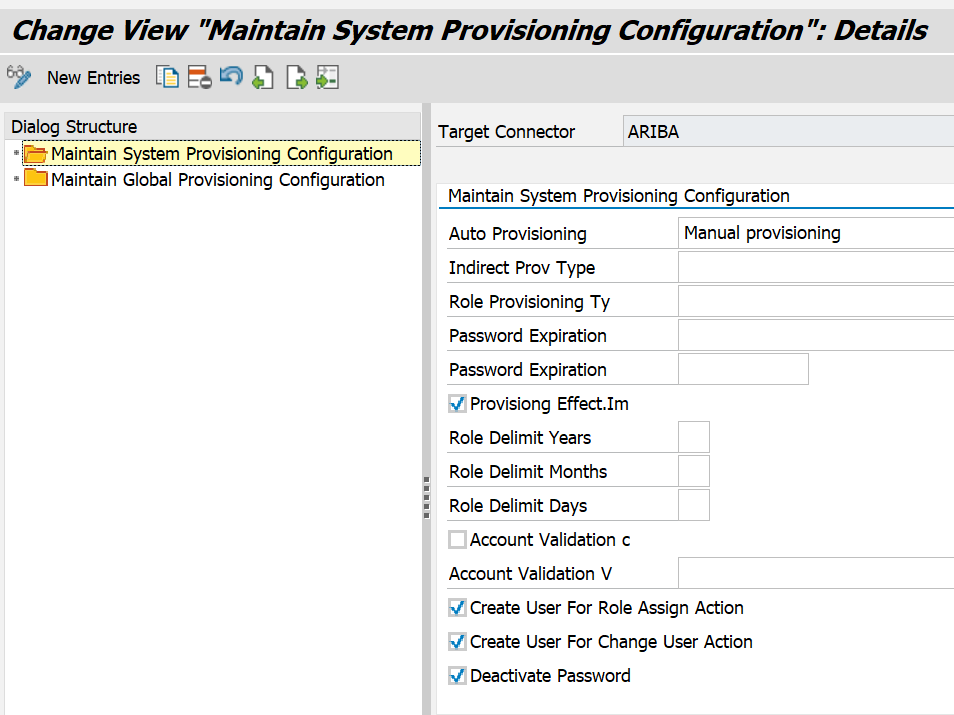 Submit “Access Request” for the ARIBA role and then handle provisioning manually.

You also can define SoD rules for ARIBA system using the ACTIONS uploaded into GRC system.

I have implemented ARIBA SoD rules for one of our client.

User and User Groups from ARIBA were updated to GRC repository tables using the approach described above.

E.g. Receiving Agent is a User Group in ARIBA for which following are the details that are uploaded to GRC.

GRC repository tables have been updated with ARIBA roles and Actions.

Finally in the ruleset, functions are defined with System specific actions (i.e. S4HANA and ARIBA actions)

Looking forward for your inputs in improving this blog with additional details or scenarios ?

Great work and keep it up.

Excellent Blog. But i think you missed one point which is sorting.

Thanks for reaching me out and yes you are right sorting is not required when we upload the files. 🙂

Nice Blog, it will be help us integrating ARIBA & GRC.

Nice Blog . we are planning to Integrate  Non sap system to GRC 12.0 . Please guide the steps

I am configuring connectors for Manual provisioning which allows to capture approvals. I followed all steps as per blog but when I am execute Roel Repository Sync job it fails and gives error Roles are not available. Can you please help?

Keep up the good work !!

Great blog and it is very helpful for us.

We have implemented Manual Provisioning for few Cloud systems like SAC, Web IDE as per your blog and it is working as expected. But we need assistance on the below.

The “Manual Provision” button is available in all stages. If this button is clicked by one of the approver but the role is rejected in later stage the user assignment is not getting removed from GRACUSERROLE entry. Is there any possibility to suppress that button in Manager and Role owner stage and show it up only on final Security approval stage.

Awaiting for your kind help. Thanks in advance.

We are starting to integrating SAP IDM 8.0 with SAP GRC 12 for SAP and nos SAP System, Could you guide the steps. I haven't found documentation about that IDM and GRC versions.

Could you advise plis,

Thank you very much for this explanation, it´s excellent and very useful!

I am clear about the access that i need in GRC to create the connection.

The only doubt that i have is the access that i need to get in Ariba to create the connection.

I hope you can read my question.

Thank you for this blog! Very comprehensive and useful. We are planning to do a similar integration for Ariba in our project (since Cloud IAG does not fit our requirement).

One question - in the repository sync, does it need to be full load every time? Or can we somehow do incremental load too? I am guessing that incremental isn't possible, since we do not have separate files or line items for create/update/delete. But a confirmation would be helpful, thanks! 🙂