Education and technology go hand in hand starting in the classroom.  Empowering our youth to solve challenging problems with the help of computers prepares them to think critically and creatively.  The future’s engineers depend on having the support they need to dive deep into the maths and sciences.

Apple has had a leading presence in education from the very beginning. Dating back to 1985 with Apple Classrooms of Tomorrow and continuing to today with their newest curriculum, Everyone Can Code, Apple is making a big impact on the future of education.  Aligning with Apple’s mission, my SAP colleague and I dedicated our spare time mentoring a local high school robotics team (7419 – Tech Support) to create their very own app using the SAP Cloud Platform SDK for iOS. Our programming team made up of High School Freshmen and Sophomores were able to push their app through TestFlight to the rest of their team to help them excel at their robotics competition.

The FIRST Robotics Competition (FRC) is the “leading, not-for-profit STEM engagement program for kids worldwide”. FIRST holds annual competitions where high school teams are tasked with engineering a robot to play in a team game. Robots compete with and against other robots and are scored according to their team’s performance. Teams that score the highest are placed in the finals bracket where they can form their own alliances – each comprised of three teams. Of the teams in the finals bracket, the highest ranking teams proceed to world finals competition. Not only is individual performance critical to a team’s success in the competition, but also their ability to choose the most compatible alliance members to succeed in the game.

To aid their decision, members of the team scout for potential allies by gathering data points as well as key KPI of each robot. This is done per match per team. Usually teams scout with paper and pencil, but that shows a few key issues:

Teams need a reliable and convenient way of recording their data. As a solution, our team has made a native iOS app using the SAP Fiori iOS SDK. 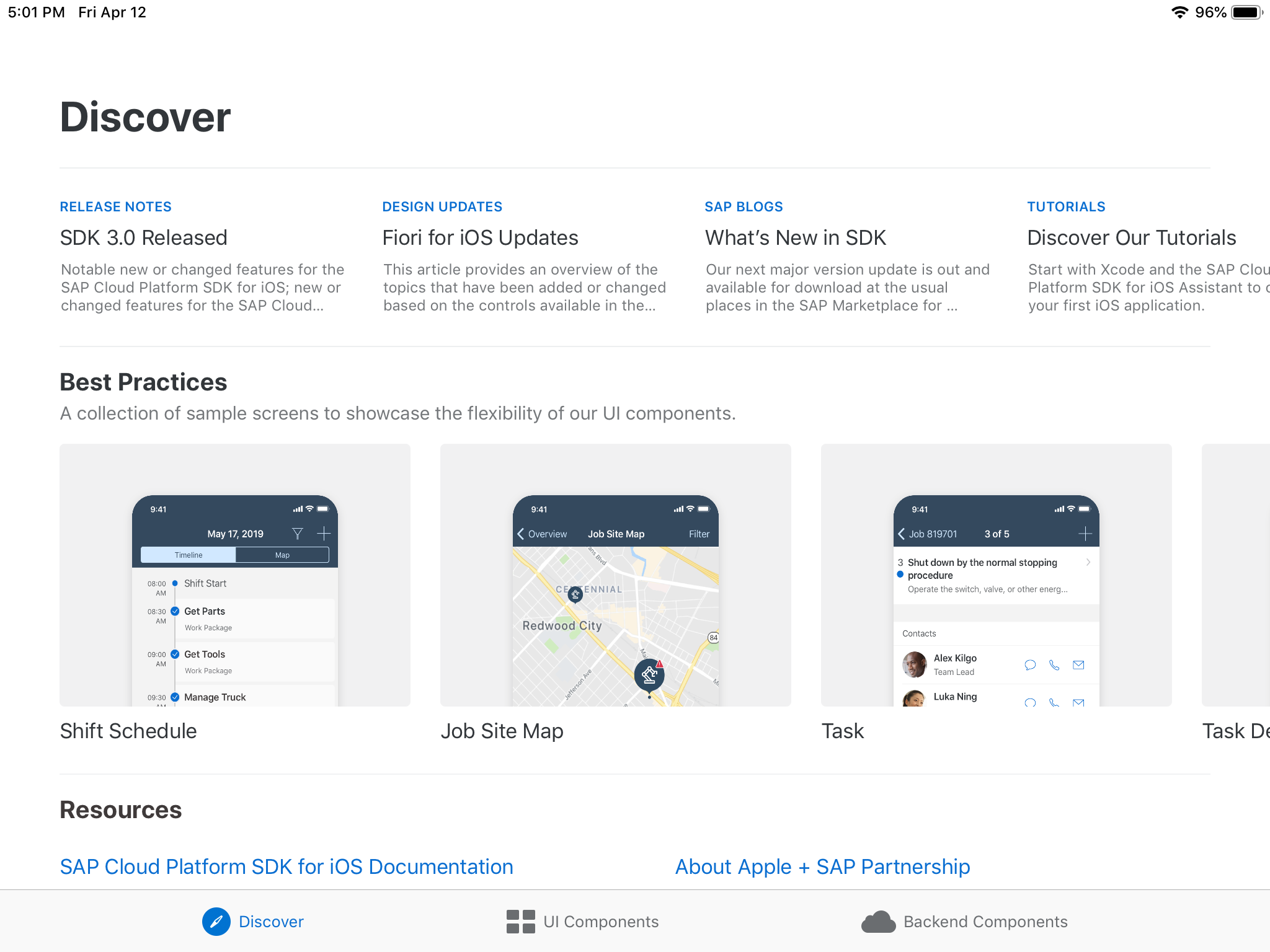 The Fiori Mentor App allowed the students to quickly see what components were available from the SDK versus building components from scratch. Using the customization tools, the students were able to configure their components and directly airdrop the code straight to their XCode projects. 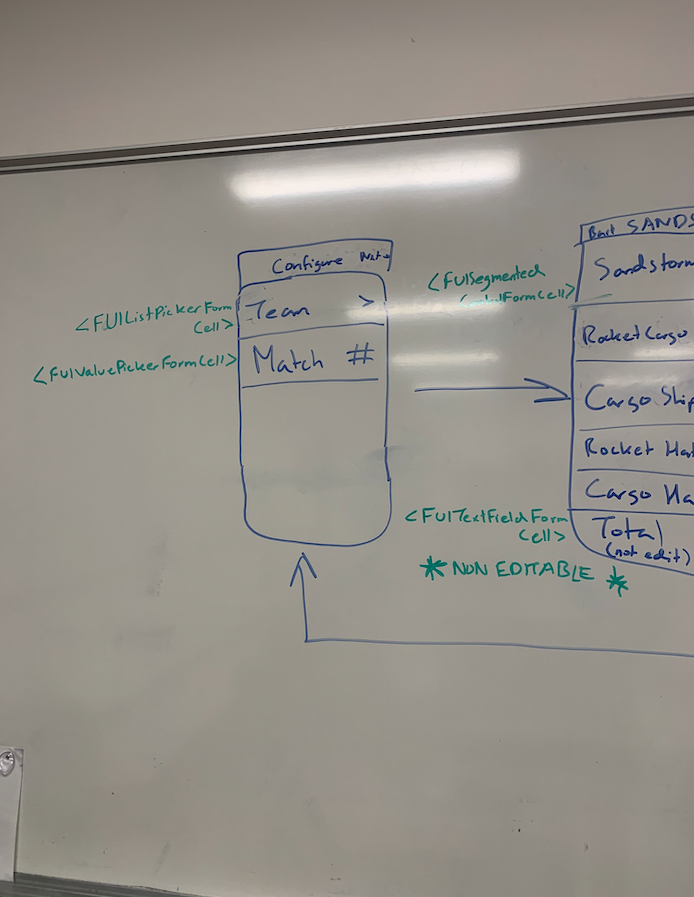 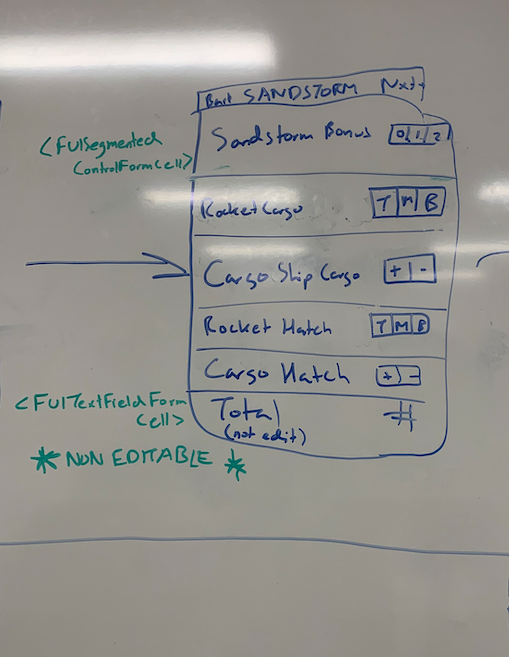 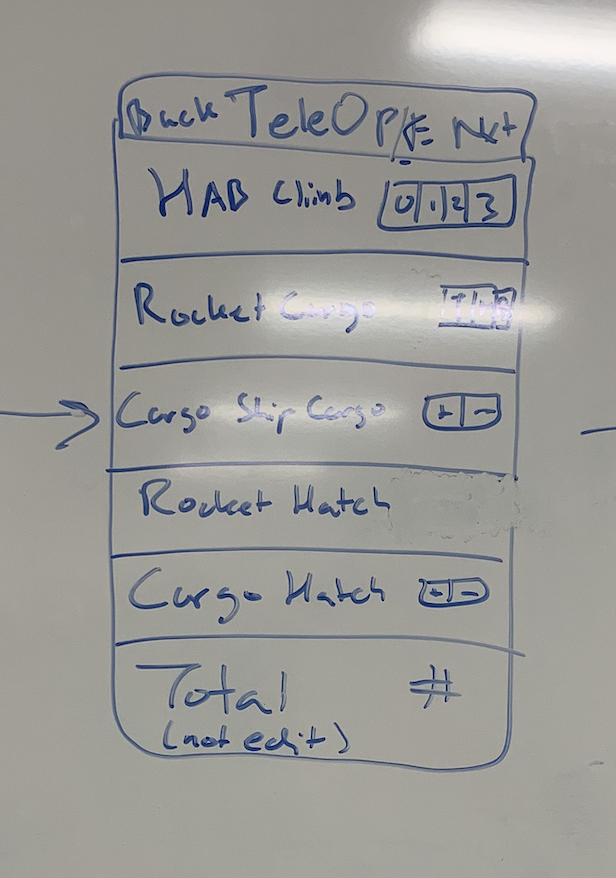 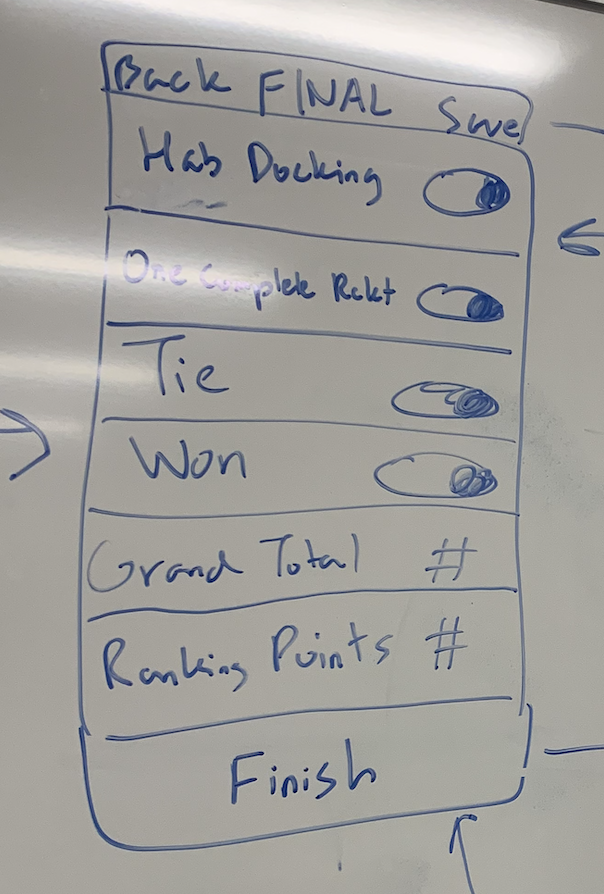 The students storyboarded their designs on the whiteboard to visualize the user experience and optimize it for their scouting problem. Based off of the game, the app was segmented into three key phases. The engineering team separated the work amongst each other by phase and merged their work via git. On the first competition day, the app was distributed amongst the scouting members of the team. An issue with the app surfaced and our team was able to push a fix immediately to the team. Analyzing the data was conveniently aggregated into a CSV to export to Excel. From there, it was simple to distinguish the strengths and weaknesses of each team.

Using the data, the team rewatched any notable matches from the data to decide on their teammate choices. On the final competition date, our team performed well enough to land in the finals bracket. Our team received the awards for the Highest Seeded Rookie Team and the Rookie All Star award based on the robots performance and the student’s final deliverable. Receiving the Rookie All Star award automatically invited our team to attend First World Championship in Houston, Texas!

The scouting app proved to be a worthwhile experience for the students. Not only were they able to aggregate and analyze their data faster and more efficiently, they learned valuable skills in software development. For future competitions, there are hopes of publishing a publicly available app on the iOS App Store for other teams.