Guys, I searched internet over and over but could not find anything on this new trace tcode released by SAP. Hence writing this post.

STUSOBTARCE is a new tracing TCODE which is used internally in SAP during the development to determine the authorization default values used for transactions, RFCs and services used. Usually, this trace is switched “ON” for a longer period than ST01 or STAUTHTRACE. It captures authorization checks once per application and code location independent of user and client. SAP advises permanent activation of this trace. This is how the trace evaluation looks like: 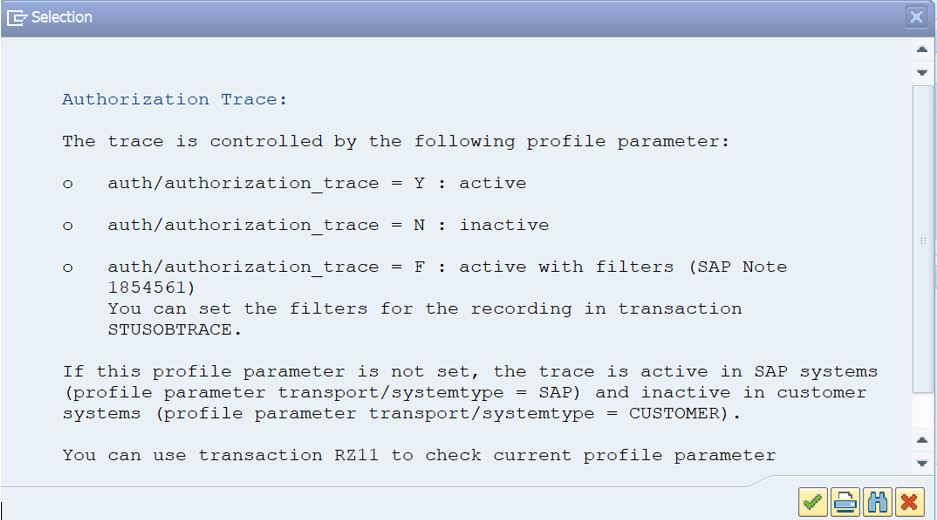 Y: This value will set the parameter to ACTIVE and all the actions (Unique auth checks) will be recorded for Transactions, RFCs, external/internal services etc.

F: This value will activate the trace with filters. But we need to maintain at least one filter. We can maintain Auth objects or users in filter criteria. 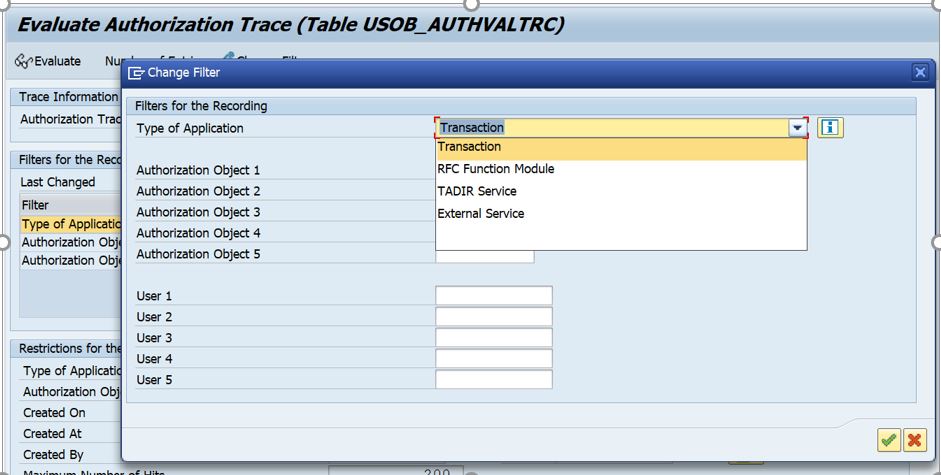 Use Case: We have a stable prod environment, and nobody uses S_DEVELOP DEBUG 02, not even with FFID. But still it was in the broader access roles which were assigned to Batch User IDs and pointed out in SOS report. Everybody was convinced to remove but the management did not want to take any risk of failing jobs if any. So, we concluded to activate USOBTRACE for S_DEVELOP in system for 3-6 months, and act accordingly. We could have activated ST01 trace for those IDs, but the amount of data that will be captured and stored will pose a performance/storage issue, hence we opted for this option.

In Conclusion, so be it ACTIVE with filters or without filters, it will capture only unique authorization checks. This trace can be used to conclude all the checks by TCODES or RFCs being used in the system while the system is still in design phase. Whereas cannot be used for troubleshooting access issues. SAP recommends keeping this trace active permanently.

Thanks for sharing this crucial information

thank's for sharing. I tried today to activate the "STUSOBTRACE" by setting the parameter on YES. If checking its still be on "Inactive".

Have you idea what's wrong with the configuration?