We used to spend lot of time in identifying the SAP delivered CDS view(s) or Existing CDS View(s) in the system before starting the development which is very important so that we don’t create duplicate objects and also we can utilize SAP delivered objects. Personally I felt the process was really painful and time taking.

As a Coding Savvy I could able to identify the tables which has all the Meta data information about the CDS view(s). So I had created a table function in S/4 HANA system which makes CDS search is easy. I am hoping that developers could able to leverage this code so that they could save lot of investigation time.

Below is the code for the table function and corresponding the AMDP Class. Only change which needs to done is to update the client number in the Class where I had mentioned as ‘000’ at line number 23.

Code for the Class

Open the image in a new window for clearer picture. 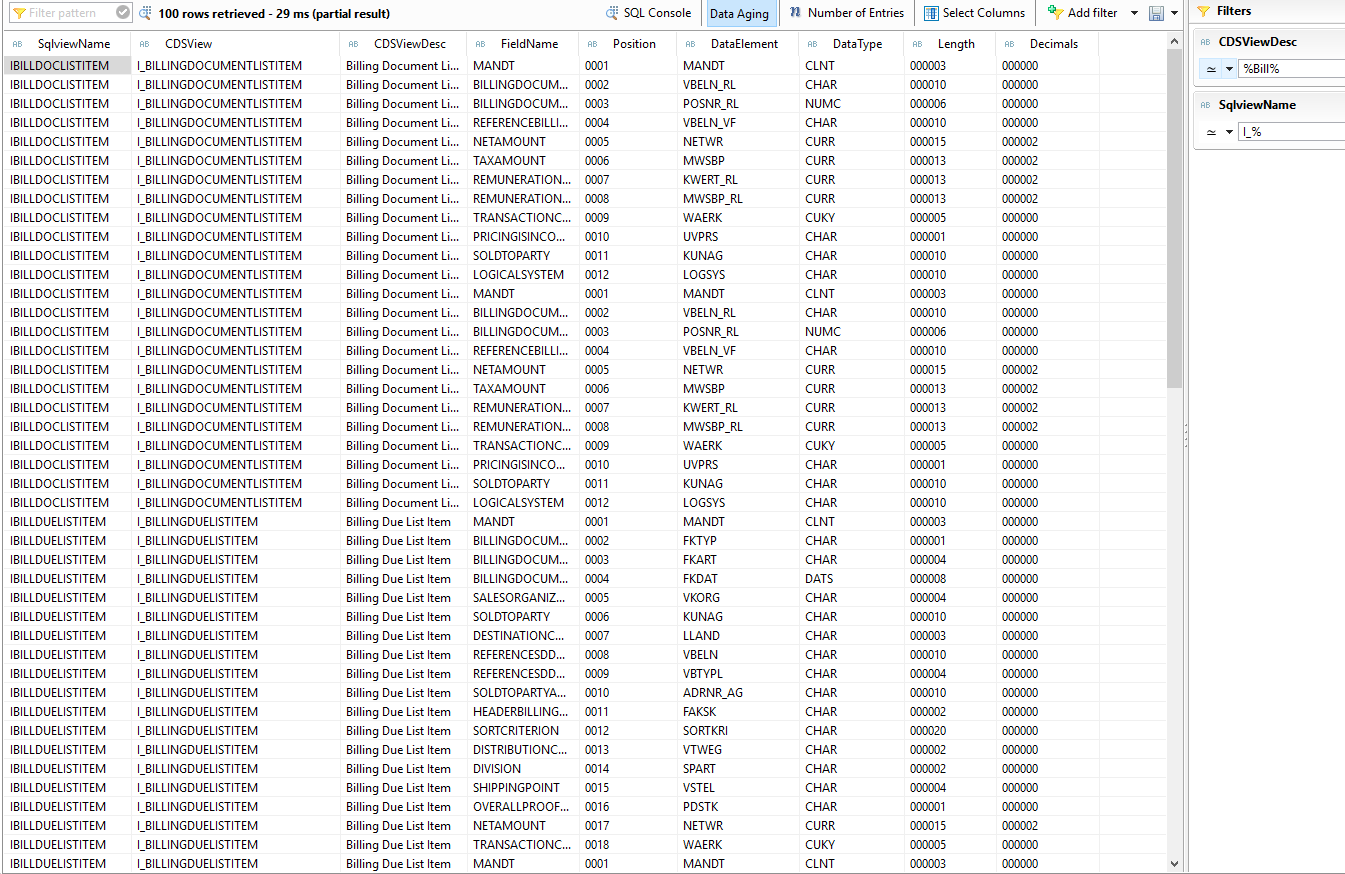 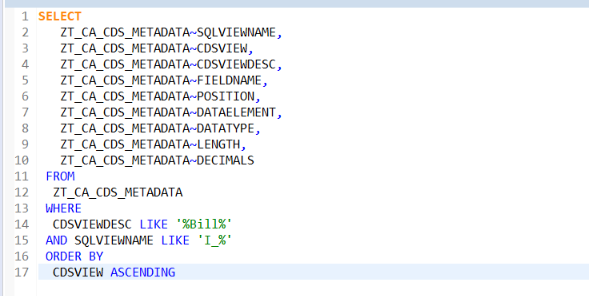 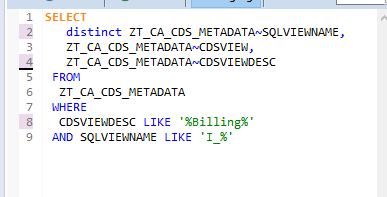 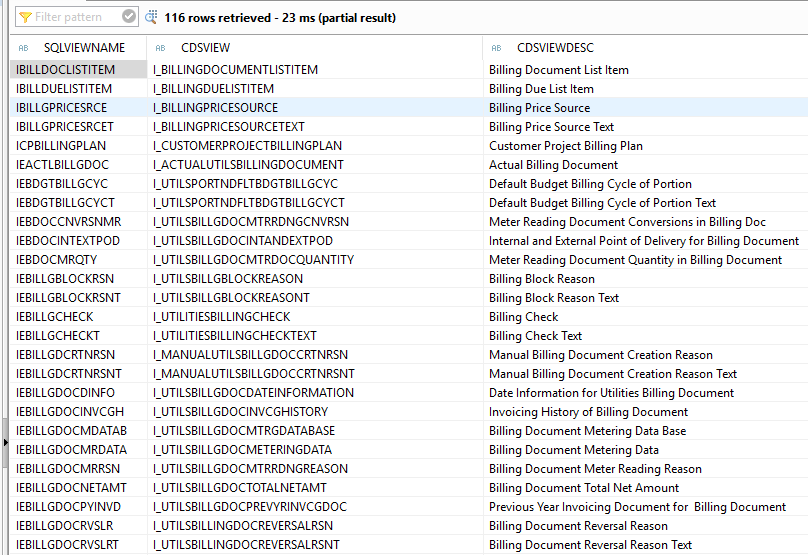 This Table Function can answer below questions

Hope this blog gives good sense and makes your development easy in order to identify the CDS views which was delivered by SAP and also you can reuse the CDS which were already built by other colleagues.

Please let me know if any suggestions and questions.

Helpful blog and information.Thanks for sharing.

The standard table that stores all the CDS views created in a system is RSODPABAPCDSVIEW. Similarly, can you provide the table names that stores the BOPF and Odata services details that is created from the respective CDS view.

Here we are getting the data element information from the DD03L table, is there anyway by which we can get the exact field name of the table.