Vote for Elvira: SAP’s CxO of the Year Award Finalist

If the SAP Community can indulge a quick shout out to one of our own who works relentlessly and tirelessly to make the Intelligent Enterprise a reality… I’d like to recognize the one and only Elvira Wallis, Senior Vice President and Global Head of IoT at SAP.

Elvira has taken the Internet of Things (IoT) from an innovative topic to an integral part of SAP’s Intelligent Enterprise strategy. In case you missed it, SAP recently announced SAP Leonardo IoT as SAP’s new flagship IoT Cloud Solution, an all-encompassing Industrial IoT solution designed for businesses to accelerate their digital transformation as part of their Intelligent Enterprise journey.

After meeting with Elvira, one leading analyst had this to say:

“This is the most compelling SAP IoT story we ever got from SAP. You are able to talk about it in isolation, but also fully integrated into the Intelligent Suite.”

A great real-world example of this sensibility in action is how Elvira led her team to help the City of Heidelberg transform itself into the smart city for the future. If you want to hear more about what SAP Leonardo IoT is and what it can do, best to hear it directly from her. Check out this interview with Elvira from MWC 2019.

Now for the shameless plug (this is all on me!), Elvira has been shortlisted for the Internet of Things World CxO of the Year Award. But she’s up against some stiff competition from the likes of, well, other companies that seem fine but aren’t SAP! If you feel so inclined, you can show your SAP pride by voting for Elvira here. It’ll only take a second.

And if you’re attending SAPPHIRE, be sure to sign up for her Best Run Theatre presentation where she’ll have a special guest on stage with her (spoiler alert: an SAP customer with a really cool IoT story!) to show more on how SAP Leonardo IoT really can deliver a step-change in productivity.

Thanks for being the best-run community, and hope to see you at SAPPHIRE! 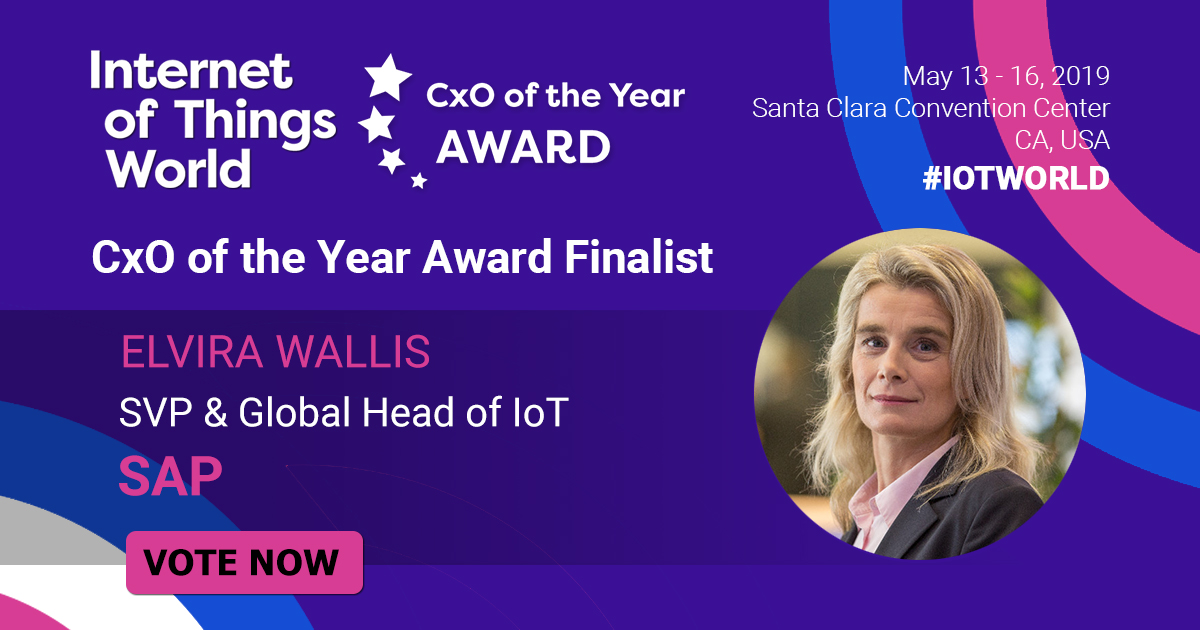