You may have seen the exciting news at the end of last year, that SAP was recognized as a 2019 “Best Place to Work” in 5 key markets according to Glassdoor’s Employees’ Choice awards. That was only the beginning.

Can you believe quarter 1 is now officially behind us? As of 31 March, 2019, I’m delighted to announce that SAP has received a total of 78 employer awards, recognitions, and certifications across 30 countries. The highest amount of recogitions SAP received in Q1 came from the Top Employers Institute.

I have working with a diverse group of incredible colleagues around the world over the past 4 years as we have been accumulating more Top Employer certifications in key locations. SAP is a certified Top Employer in 24 countries and 4 regions and received its Global Certification for the second year in a row. We’re excited to share that SAP in India, Brazil, and Colombia have been certified as Top Employers starting this year. It is not easy to achieve these certifications and there is a lot of global collaboration needed. 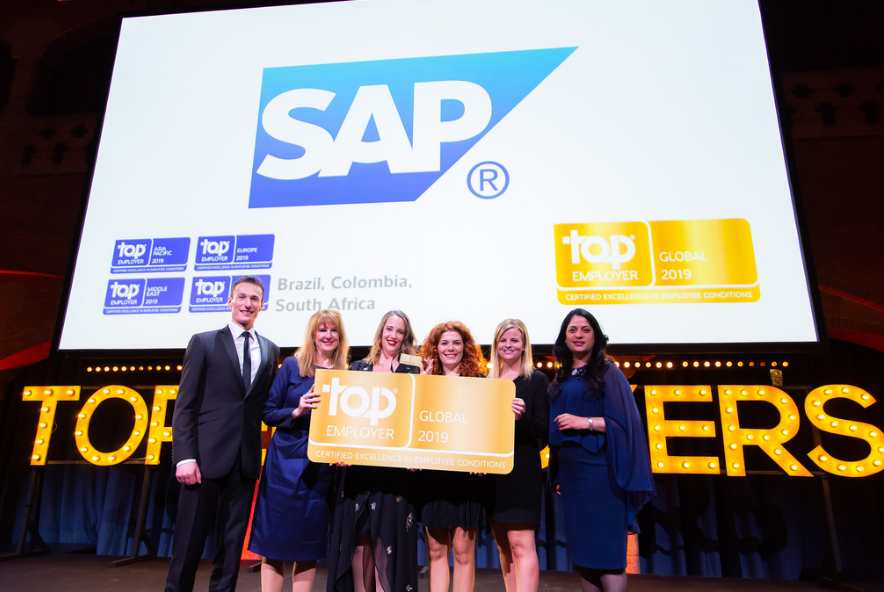 This is followed by 20 PotentialPark awards, which have been granted to SAP locally in Germany and the United States and regionally to SAP in Europe and Asia. PotentialPark awards recognize SAP’s external talent & candidate communication – such as a 2nd place award in Asia for our mobile experience or 5th place in the United States for our #lifeatsap social media channels. Are you following us on those channels!?

SAP in Germany and the United States were the two location that received the most employer awards in Q1 2019 with a total of 11 each! Germany, however, received three 1st place awards! Notably for “Most Powerful Brand in Germany” by BrandZ, “Best Place to Work” by Glassdoor, and “Top Employer in Telecommunications/IT” by FOCUS Business. And once again, SAP is a 2019 “Top 100” for remote working.

Check out the awards graphics here.

SAP is an incredible company and a wonderful employer-of-choice. Which awards has SAP won in your location so far and which ones are you most proud of?