In case you haven’t changed your programs yet, you should now migrate them to the new, OData-based APIs, which have been introduced in the Summer of 2018 and which are documented here: Configuration: OData Service in Leonardo IoT (Configuration: OData Service in IoT Application Enablement). The same applies to the use of the Thing Modeler, Thing Properties and Packages apps. This is a necessity to benefit from new capabilities. Since Januaryall of the capabilities we provide including the web ide templates are working end-to-end for OData based thing models – so there should be no reason anymore to hold back the migration. 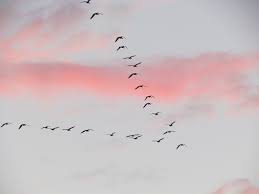 To aid you in migrating your existing thing meta-model, while retaining your collected sensor data, open a support ticket on component IOT-AE-TS. SAP helps you to move your metadata to the new persistence and ensures that your other data (e.g., things, mappings to devices, time series data) is still connected to the metadata after the migration. In the ticket, indicate which tenants you want to migrate and what the planned switch-over point in time should be, so that you can coordinate your migration activities with this step.

In case of questions please raise them in the comments section below and I and others will look to answer them here centrally.

I have two questions:

The plan is to move PdmS (actually it is the asset central component we are relying on) to the OData based apis really soon (please do not ask for an exact date, because I'm not obligated to provide that).

Don't worry, I'm not asking you for a date :), but I would like to know if this "migration" from REST to oData will be done also for existing instances and if it will in some way affect the data already stored in the application.