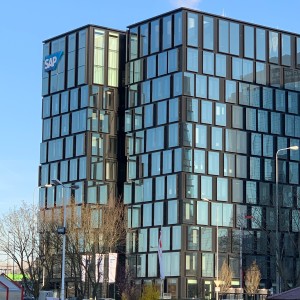 On 20 March, I presented on the Intelligent Data Warehouse (IDW) at the SAP MaxAttention Innovation Workshop in Eschborn near Frankfurt. The IDW follows a general pattern that can be observed throughout the industry. SAP’s answer to that trend is to combine BW/4HANA and the Data Hub. In an earlier blog, I’ve already described how the two products combine and integrate.

The presentation is divided into two sections:

The first part introduces the concept, motivation and explanation of why such an architecture emerges, e.g. the new forms of data on slide 4. Fundamentally, it is an evolution of a traditional data warehouse, mainly due to new types and volumes of data. When you consider, for example, the data samples on slide 5, then it is clear that a line in an Apache weblog is of a different quality and nature as compared to, e.g., a record (line) in an account statement. Or, in other terms: an error in or a loss of a line in a weblog is not as damaging as losing a record for a bank account. This, in turn, can translate into less demanding constraints on storage. The latter can consequently be cheaper. This is just one aspect of why this new and modern form of data warehousing emerges.

The second part focuses on the combination of SAP’s BW/4HANA and Data Hub products. Together, they form the platform for building an IDW (slides 11+12). This yields a very versatile architecture that can cater many use cases, such as a data warehouse (slide 13) and/or a platform for data scientists and machine learning (slide 15).

Here are the slides as PDF: 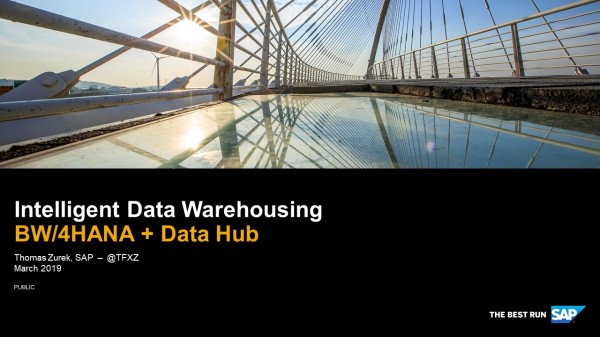 Thanks for providing the slide deck, but I have some questions:

I assume that BW/4HANA continues to run on the ABAP application stack?

Can't I use the BW application server instances to do distributed processing of BIG data?

If I have IQ because of NLS, can I load data directly into IQ and treat it as my "data lake"?

With ABAP Database Connectivity (ADBC), I can connect to the IQ database containing my big data and do BIG data processing.

Consequently, I have with BW/4HANA:

Why bother with Hadoop?