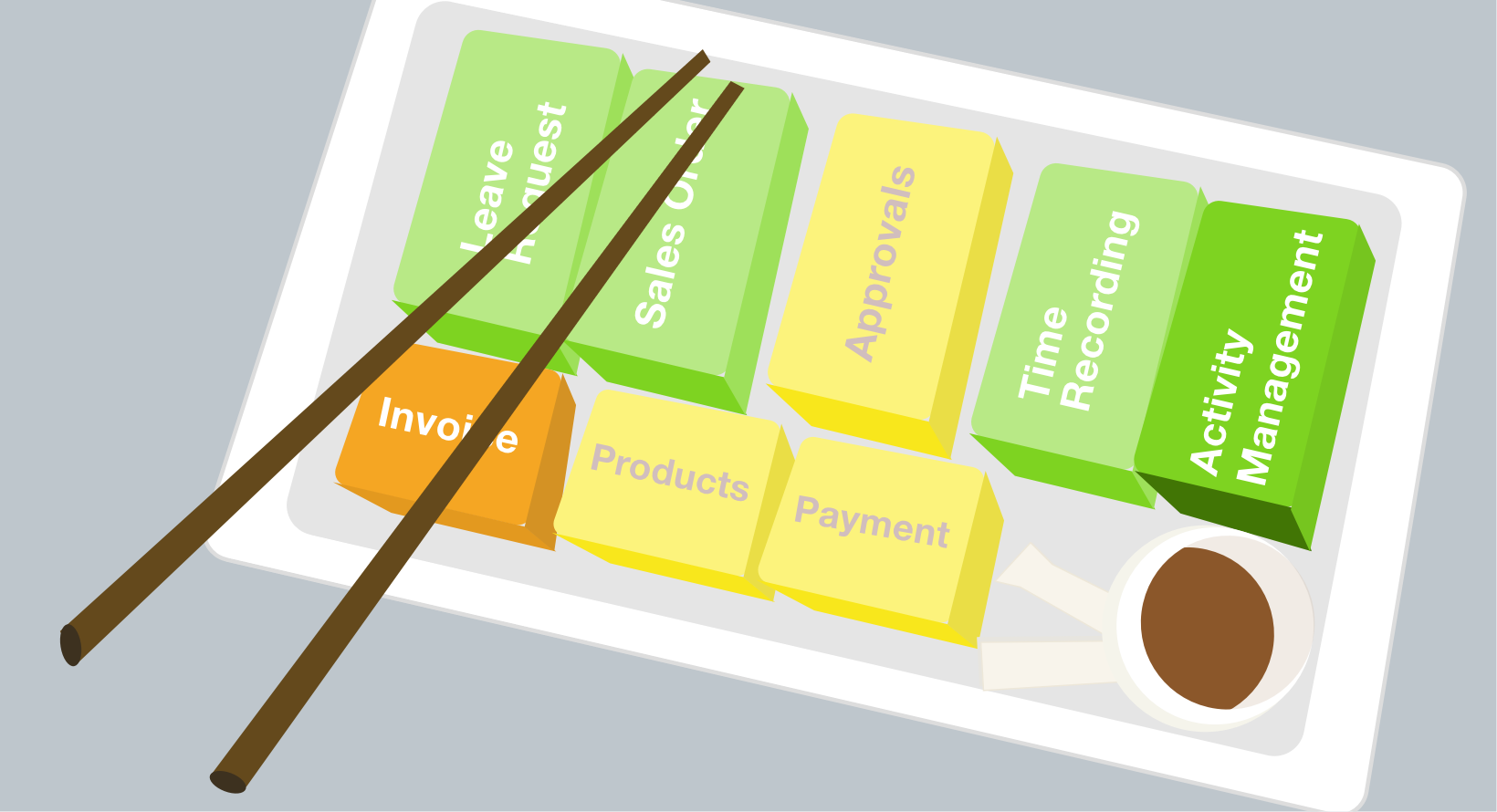 In a previous article we outlined the uniqueness of the Chinese mobile market, which is mainly characterized by three forces:

While “mobile first” has emerged as a buzzword, thus far there is only one true mobile nation: China. Chinese consumers embraced mobile technology as no other nation, fueled by the rise of WeChat and Alipay. The way people are managing personal finance, communicating and shopping got distributed in no time. The next upcoming battlefield where the two Chinese mega giants are going to compete, are the over 100 million Small and Medium sized Businesses in China. Which does not come as a surprise, as the delayed adoption of innovation in the B2B world is a well-known phenomenon, and taking the combination of digital payment + Instant messaging into account, this is going to be an explosive mix for the B2B segment.

What does this mean for ERP?
End user interactions with the digital core will move partially away from traditional screens to consumer proven application, using the digital core as a backend to offer more and more snack-able and hands-free experiences, via interfaces employees are already familiar with. The general assumption that employees are sitting in front of computer screens to operate business software is being challenged, as it is shifting to a physically scattered, constantly moving yet connected environment. Smart hardware, IoT, location-based services are creating new ways that people work together in the workplace. A transformation which is not a visionary prediction, but already reality today is one of DingTalks killer applications for SMB’s: a location-based powered time-recording application, a hands free way to clock-in and clock-out for employees.

Time recording is a natural fit, as it is a bite-sized action, similar to approvals and activity management. However, the potential goes far beyond bite-sized interactions. Therefore, we started an experiment and re-invented the Invoice-to-Cash process, one of the most frequently performed processes in ERP solutions. Traditionally the process goes over several days to weeks, touching multiple Roles and applications: 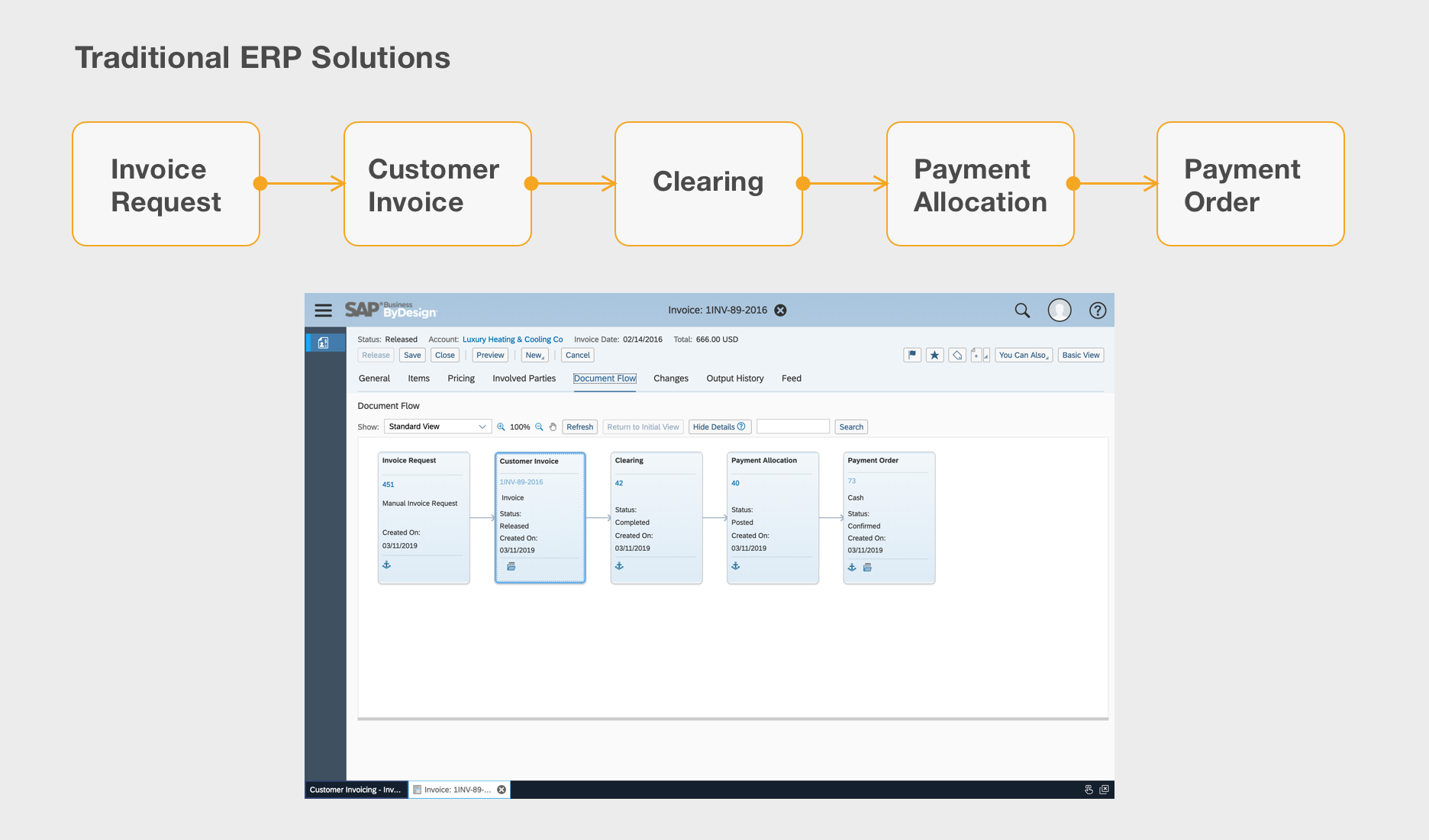 A released Customer Invoice is ready to be sent out to the buyer, which can happen via different means, in many cases this is as simple as generating a PDF and attaching it to an e-mail. The buyer will process this invoice by paying it, let’s say via a traditional bank transfer, which will arrive a day later. On the seller side, at some point in time the bank statement is downloaded, imported to the system and finally reconciled against the released invoice. Of course, there are several variants of this process, and it needs to be acknowledged that these steps often happen in bulk, which adds operations efficiency but also adds a time delay. It isn’t uncommon to take weeks from sending to reconciling an invoice, and it requires involving multiple roles.

In contrast, the process flow can be significantly streamlined by integrating the digital core (in this case SAP ByD) with the digital economy (here DingTalk and Alipay), which is not only upgrading the entire experience, but also unleashing business value. DingTalk sends out a Notification, informing the employee that there is a new released invoice ready to send out to the buyer, which can be done with 5 finger taps. On the other side the buyer receives an invoice in HTML5 format, which he can pay directly via Alipay. At the moment of paying, the balance is moved instantly to the sellers Alipay account for a friction of the cost. In the backend the entire process flow and the related financial posting have been recorded automatically. 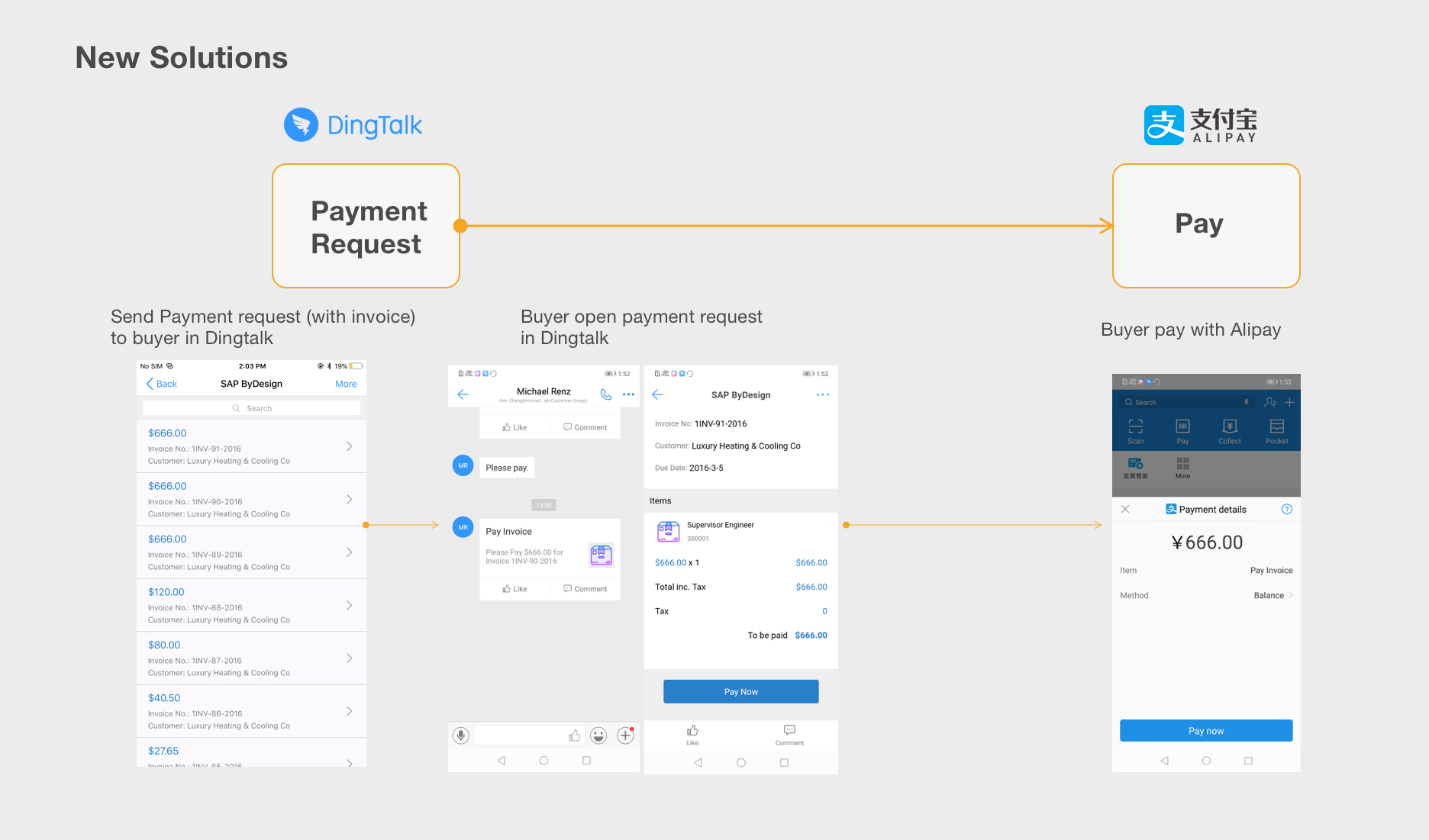 It’s natural for traditional business software to leverage platforms such as DingTalk and the like, in the form of integrations. Integrations help each party to focus on their core businesses and help customers to focus on higher value tasks, leveraging the best parts of both sides.

This is a PoC, which was build against SAP Business ByDesign, please shout out if you are interested in getting this PoC to the next level, the sample code is available to share.