Last week was Eventful Conferences’ BI+Analytics Conference in Dallas, Texas. What was being discussed via social media? See below.

Most of the tweets last week happened on the day of the conference, March 12.

Smart insights tells us that English was the top contributor language.

Most of the tweets came from an iPhone

Tag cloud shows that the conference hashtag #BIAConf was the top tag.

The tweets mostly contained a topic, followed by a twitter ID 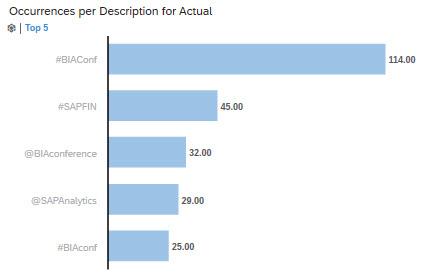 Text analysis shows a mixture of twitter ID’s and topics. 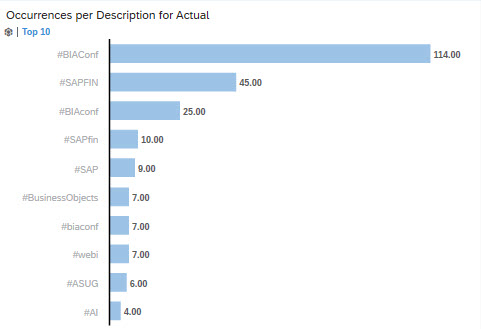 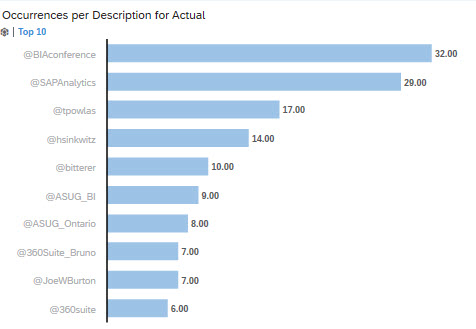 Top IDs in text analysis are shown above.

Yes, it's included in every license! ?

RT @bitterer "You can have the cheapest @SAPAnalytics Cloud license, you‘ll get the Application Design component with it“ says Ty Miller at #BIAConf pic.twitter.com/Cim03RzrkN

See you next year in Atlanta? 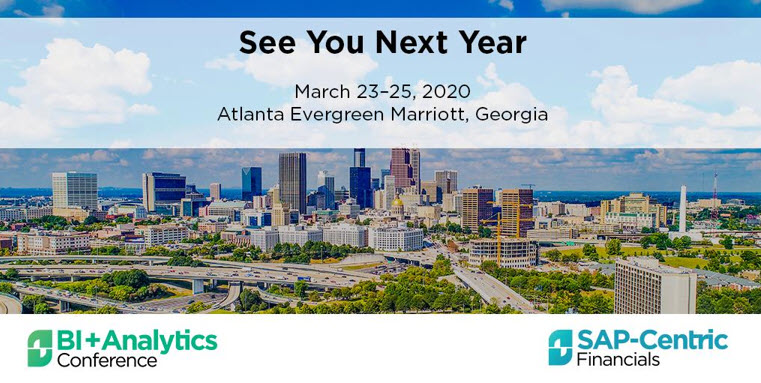