Are you unhappy with your system performance and ask yourself:

Did you know you can use the network statistics in the DBA Cockpit to find out?

Here’s how:
Start the DBA Cockpit (transaction DBACOCKPIT) and go to the Network Statistics screen under Performance. It gives you details of the network communication between SAP application server and database.

Let’s have a look at an example of how you can use the Network Statistics screen to analyze your network performance:

In the Selection area, choose a time frame and a few settings for the graphic and for the list view of the statistics. 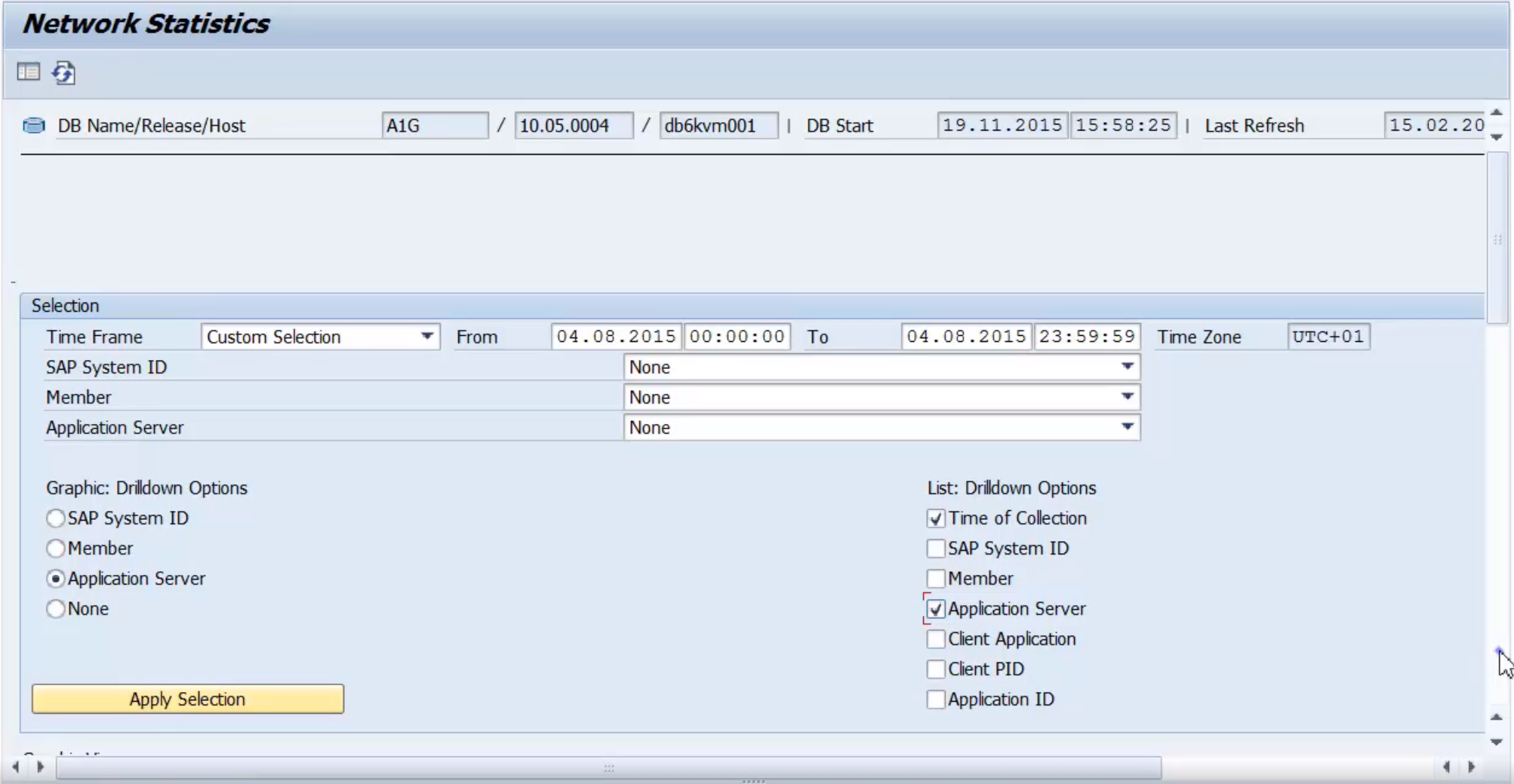 After applying your selection, you get two graphics: The first one shows the average network time per roundtrip for each application server as line graph, and the bytes sent and received as stacked columns.

The line graphs show the values of the drilldown options that you’ve selected (here: application server), the stacked columns show aggregated values for the entire system.
You can already see that the average network time per roundtrip is quite high.

The second graphic shows the ratio of network time/server time as line graphs, and the absolute values of network and server time as stacked columns. Here you can also see that the values are rather high: 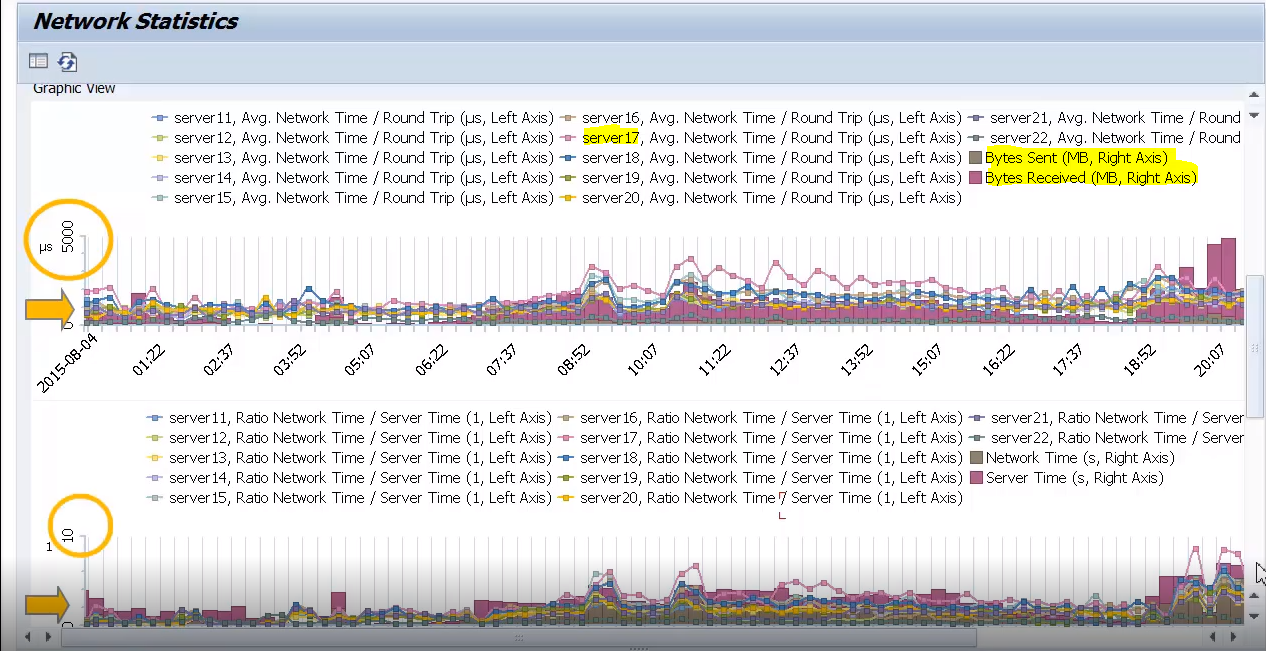 As an alternative to the graphics, there’s also a list view for the network statistics.  Again, you can see that the ratio network time/server time is quite high. We have a ratio of 2.2 here in our example: 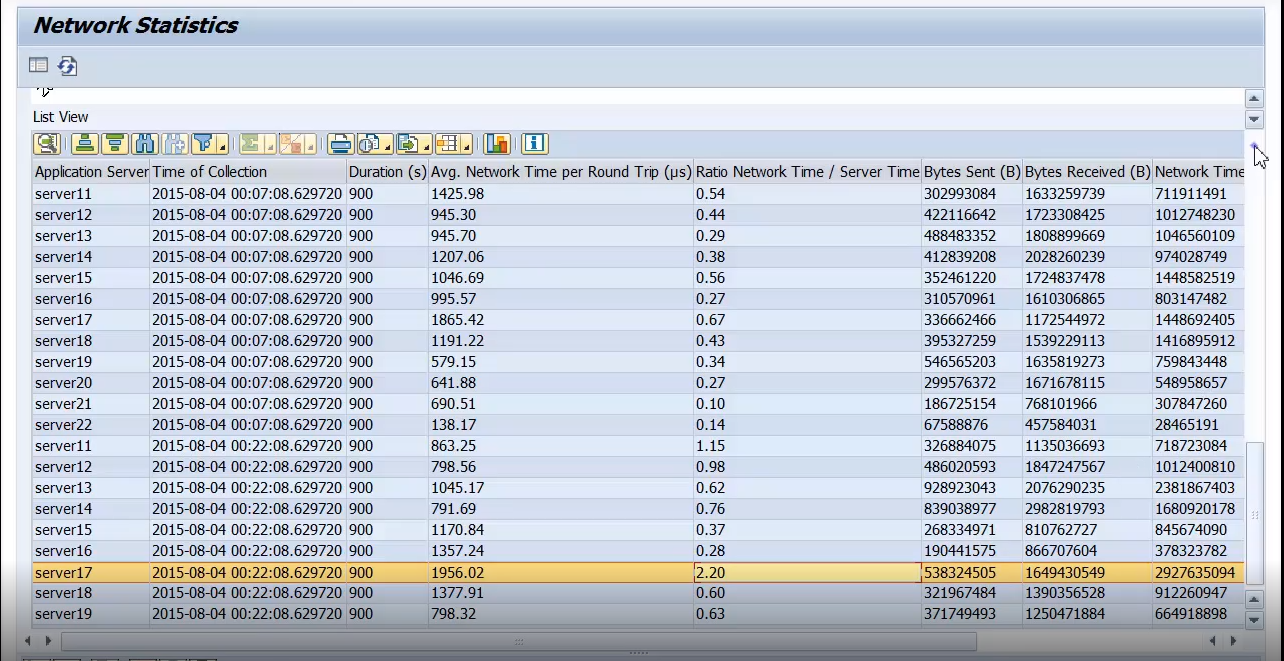 Let’s have a closer look and go back to the Selection area to drill down for more details about application server no. 17, which has particularly high values:

You can see something’s wrong here: 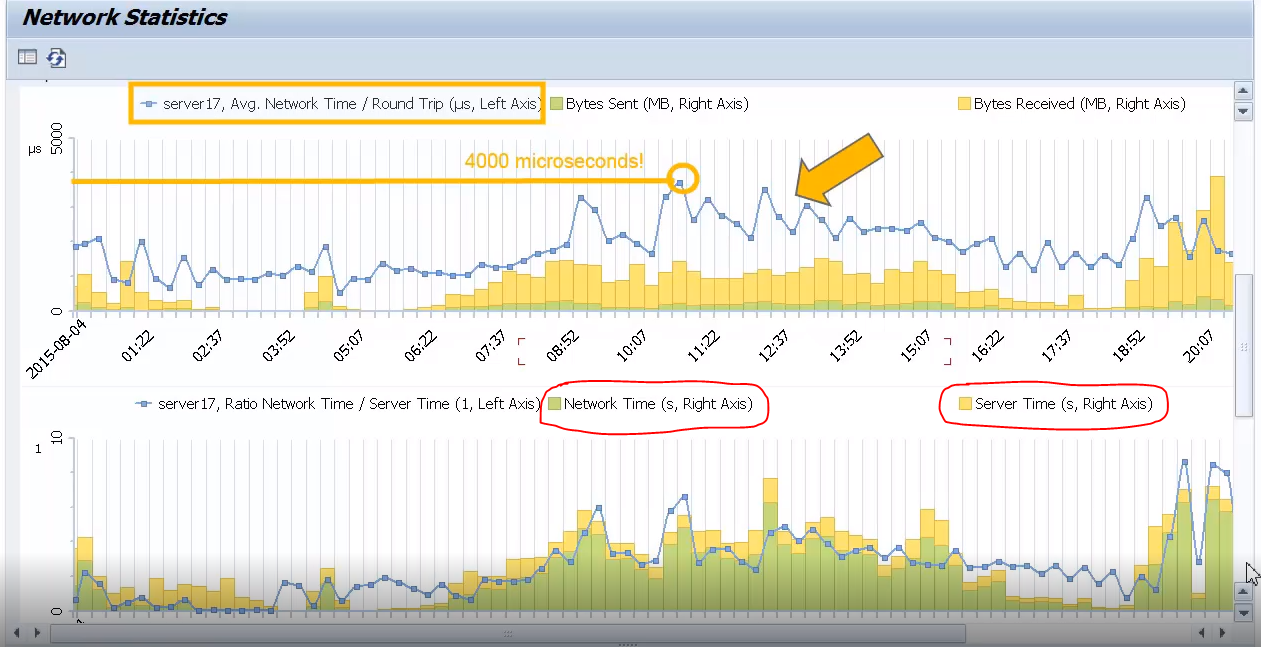 Let’s compare these values to the values of a healthy system: 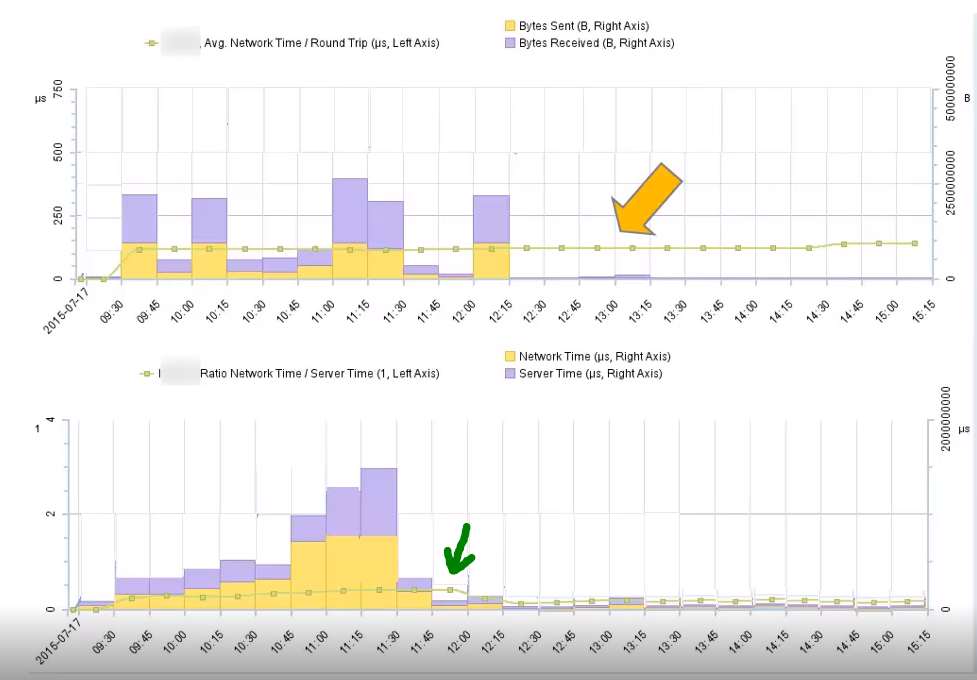 Here in the healthy system, the network statistics are as you’d expect them to be:

So, in our first example, it’s not the system, it’s really a network issue that would need further investigation now.

Let us know in the comments if…

…you found this blog helpful and if you were able to solve performance problems using the network statistics screen in the DBA Cockpit.

This blog’s content is also available in a video.

This is good explaination .

Do we have any soft threshold of whats good and whats not good ?

Also what should be do next if we find high times?

The answer depends a little on the type of application. A typical SAP ERP system executes a large amount of simple and fast SQL queries where the network time can easily outweigh the database execution time.

You should keep an eye on the ratio (network time/ database time) . If this ratio is larger than 1 the network time becomes more important than database execution time. If the ratio is much larger than 1 , tuning SQL and the database will not give you much performance enhancement. On an ERP system you will typical reach a ratio of one if your average network time is somewhere between 0.5 and 0.7 ms. Average network rountrip times of 1ms or higher is typically too large for a well performing SAP application server.