Scenario 1: Customers implement ECP and payroll is executed in-house and post payroll processing is outsourced to ADP.  In this case, we must work with ADP to implement this interface from ECP to ADP system.

Note: As ECP is not the source system for employee data so there’s a Point-to-Point integration set up between SF EC to SF ECP.

To share data with ADP for post payroll processing you don’t need to build the programs in ECP, instead ADP will provide pre-built ABAP code which has to be copied in the ECP system.

The end-to-end interface diagram is shown below –

As shown above, the programs supplied by ADP will write the files on the application server. Files in application server can be accessed using transaction code AL11. You can create an ABAP program in ECP which will use an HTTP connection to pass the file to SFSF SFTP. This HTTP connection is established by creating an RFC of type G with target host as SFTP server url. (example – sftp8.successfactors.com) 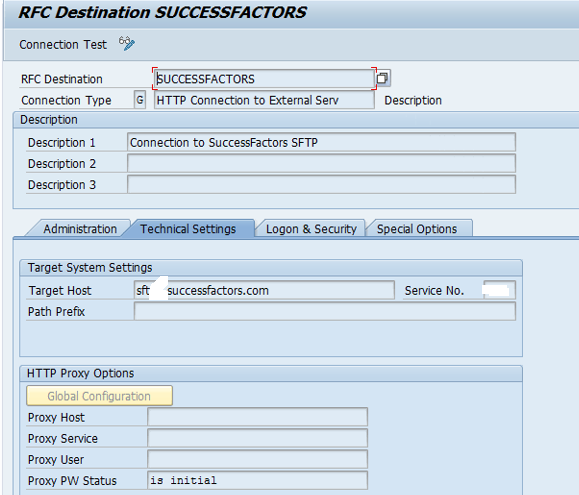 Once the file is available on SFSF SFTP the middleware will pick that file and writes on ADP SFTP from where ADP will pick and process the file.

Scenario 2: Customers outsource the payroll and send the employee data to ADP for payroll processing. ADP has a number of payroll offerings like ADP GlobalView (GV), ADP Vantage. Depending upon which ADP offering you chose the SF EC system can be integrated. If it is GV then SAP’s  standard replication solution can be utilized because the underlying Payroll driver of GV is similar to SAP ECC payroll driver. Although SAP call it standard replication but it is not purely standard. All the configuration set up needs to be done in the target system and this in itself is a small project which takes at least 4 months to set up and test assuming all requirement gathering is complete.

If it is ADP Vantage then a secure file based integration can be built as shown below.

Here we need to send the employee data from SF EC to ADP system for it to enable run the payroll.

Typical diagram to support this interface is shown below –

Thanks for the blog Manu.

Can you please let me know the standard Integration package name/Integration flow name that was delivered by SAP on SAP CPI instance?

Can you please look for "SuccessFactors EC to Third-Party Payroll" in your CPI instance?

I could see below are the Integration packages available in Discover tab on CPI:

I believe these are generic pre-packaged integrations to any 3rd party vendors to connect from CPI.  But not specific to ADP. Please let me know if my understanding is different.

have you already found the right integration flow for ADP?

I have the same issue.

Can you share the challenges faced and key learnings when you did EC-ADP integration ?

We had file based interface so from connection perspective we didn't face any hurdle. Considering ADP a payroll vendor yes we had lot of challenges on scenarios (which is specific to customer). Further ADP had a limitation of not accepting multiple actions on same day but EC allows so we had to code around it to prioritize the events. Let me know if you have any specific question.