Having recently been part of a project to implement mobile cards (separate blog in progress) I thought I would provide a knowledge sharing session about my experience to the Bourne Digital team. I was really excited by this because of the challenge in presenting to some seriously highly skilled developers. Big challenge especially when I am not really a coder. I’m always one to set the bar high so I welcomed the challenge. This area is quite new and while most of the development team at Bourne Digital have developed in the Native/Hybrid space of SAP Cloud Platform Mobile services most of them had not delved into the SAP Mobile Cards so it was a win win. Knowledge sharing for all!!! 🙂 I also liked the Garage sessions that Scott Dillon did and that inspired me to run my own take on it and then I thought it would be great to share the experience so that maybe others could think of running their own!

So, the session started with the mandatory pre-requisites of which included:

Most of the developers came equipped and had already performed all of the above steps so we got straight into it. First, some theory of where SAP Mobile Cards fits into the overall Mobile services offerings. For these I borrowed some slides I had seen before both on the SAP roadmap and the SAP Tech Barcelona sessions. 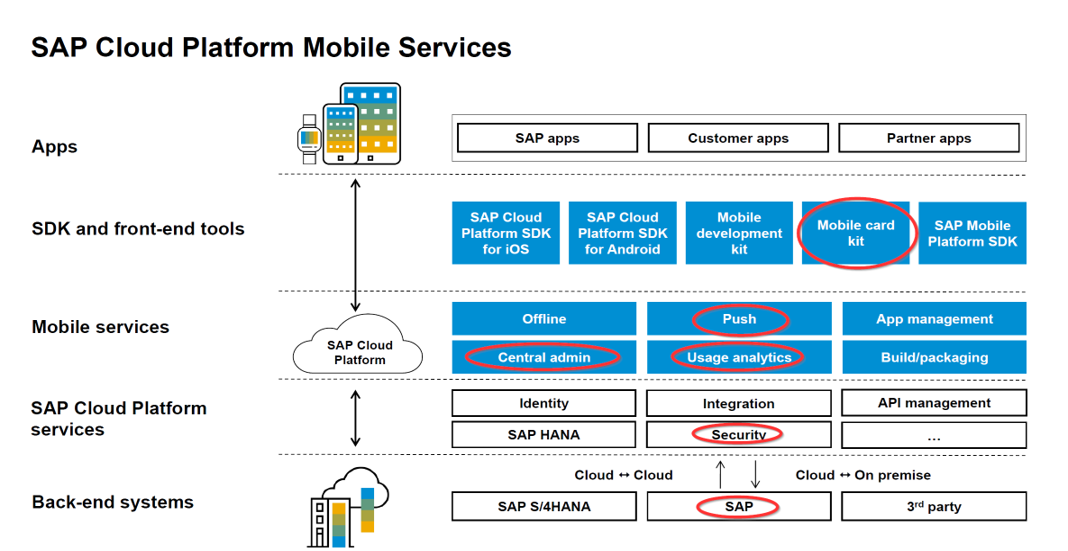 I highlighted the main concepts I would be covering in the Dev garage session and also followed up with the entire portfolio of products offered within the SAP Cloud Platform Mobile Services area. 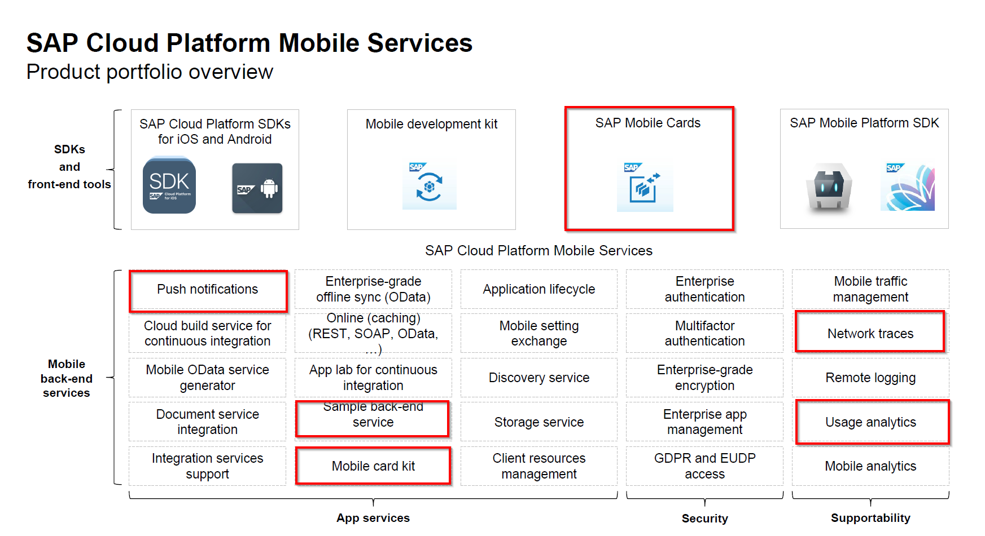 I then covered the main features offered by the Mobile Card Kit. My experiences in this topic were to use the SAP Mobile Cards app on an iPhone but I covered the overall features, including recent ones added to the mix.

I then went on and covered the architecture, the possibilities but also the architecture of what we would be attempting in the garage session.I have since included a screenshot of one of the mobile cards that was created during the session.

OK, now that the architecture was covered it was time to get to the guts of the session – the hands on part. We all logged on to SAP Web IDE and made sure we had the right SAP Web IDE preferences set. This is crucial – if this is not set then the Mobile Dev Kit option will not be included.

This setting enables the developers to create a new application within SAP Web IDE Full Stack based on the Mobile Cards Kit Micro App.

Once this setting was made the developers went crazy and started creating their own mobile cards (after I did a quick demo of creating a new application from within SAP Web IDE Full Stack). The atmosphere was electric and they were getting right into it. They quickly published their cards to SAP Mobile Services and proceeded to scan the QR code to get the new cards onto their devices of choice. There was a multitude of cards selected and one of the developers even linked to a SuccessFactors system which was seriously cool.

Here are some of the cards that were produced and all of them used existing templates. 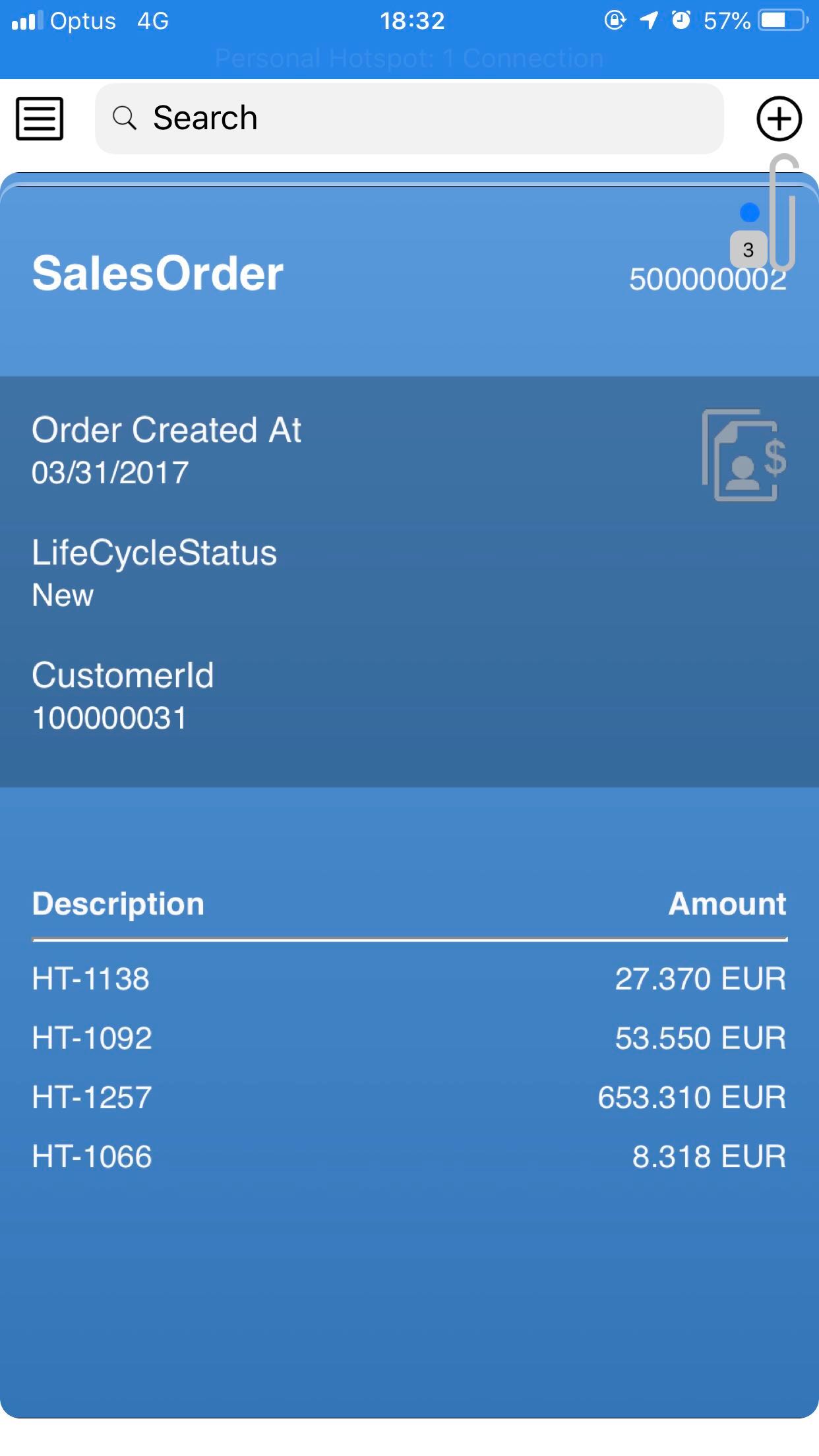 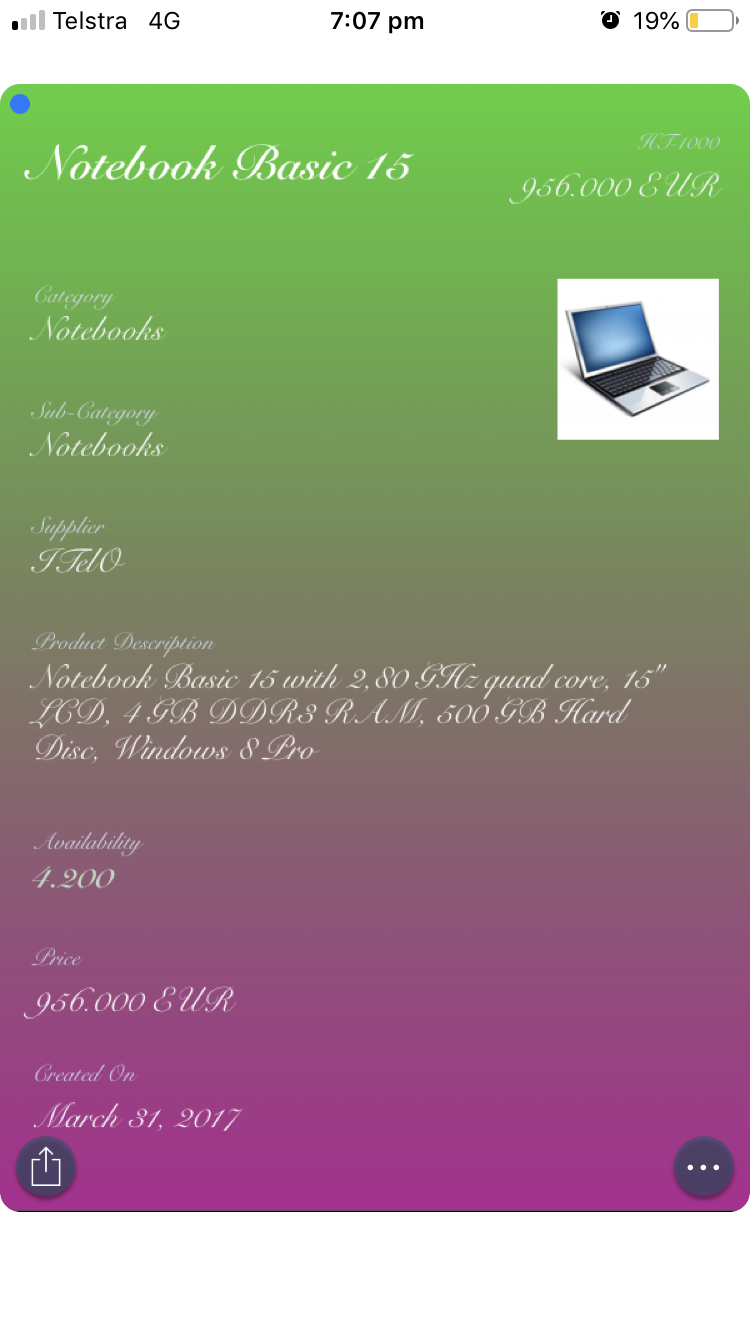 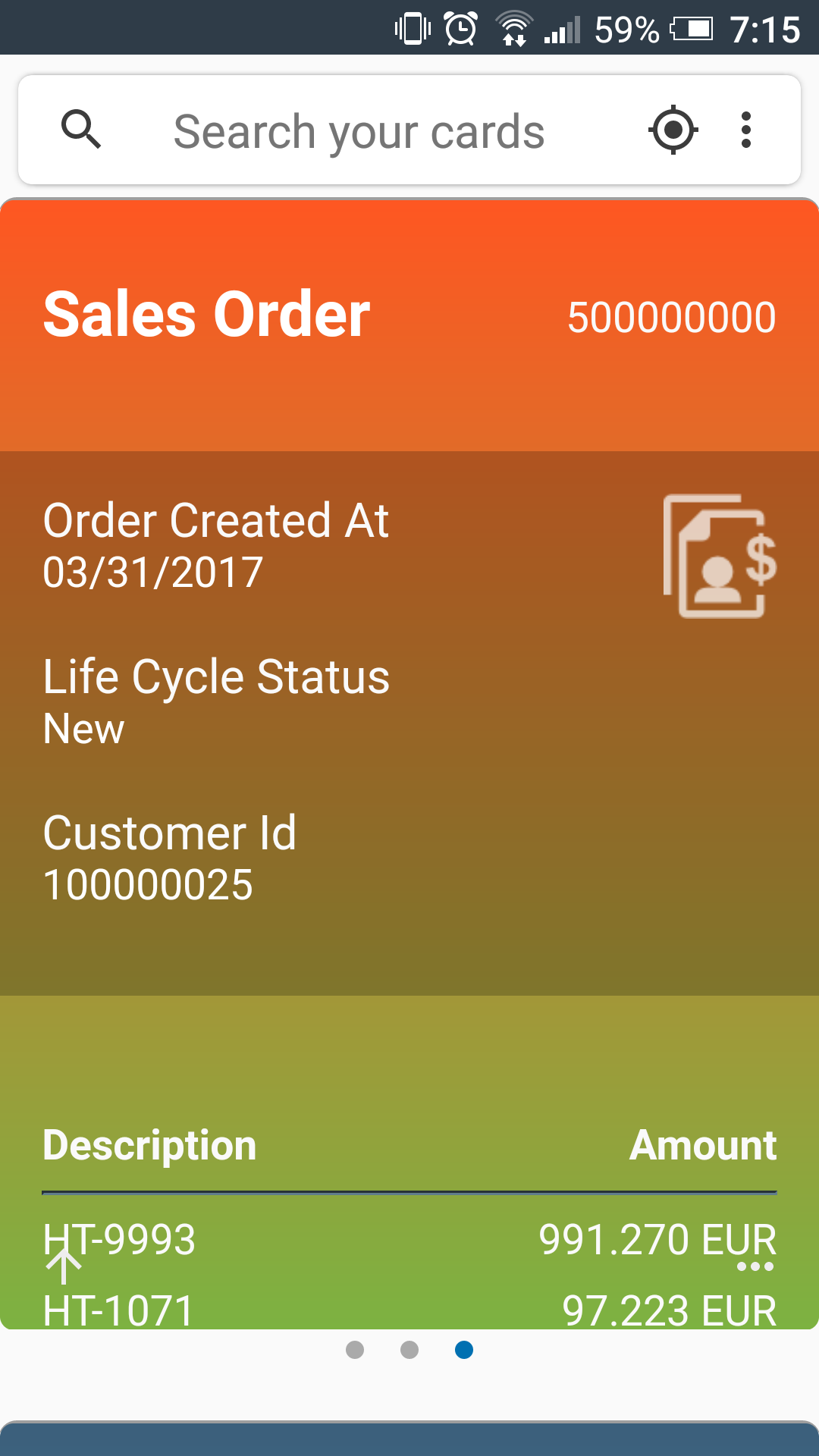 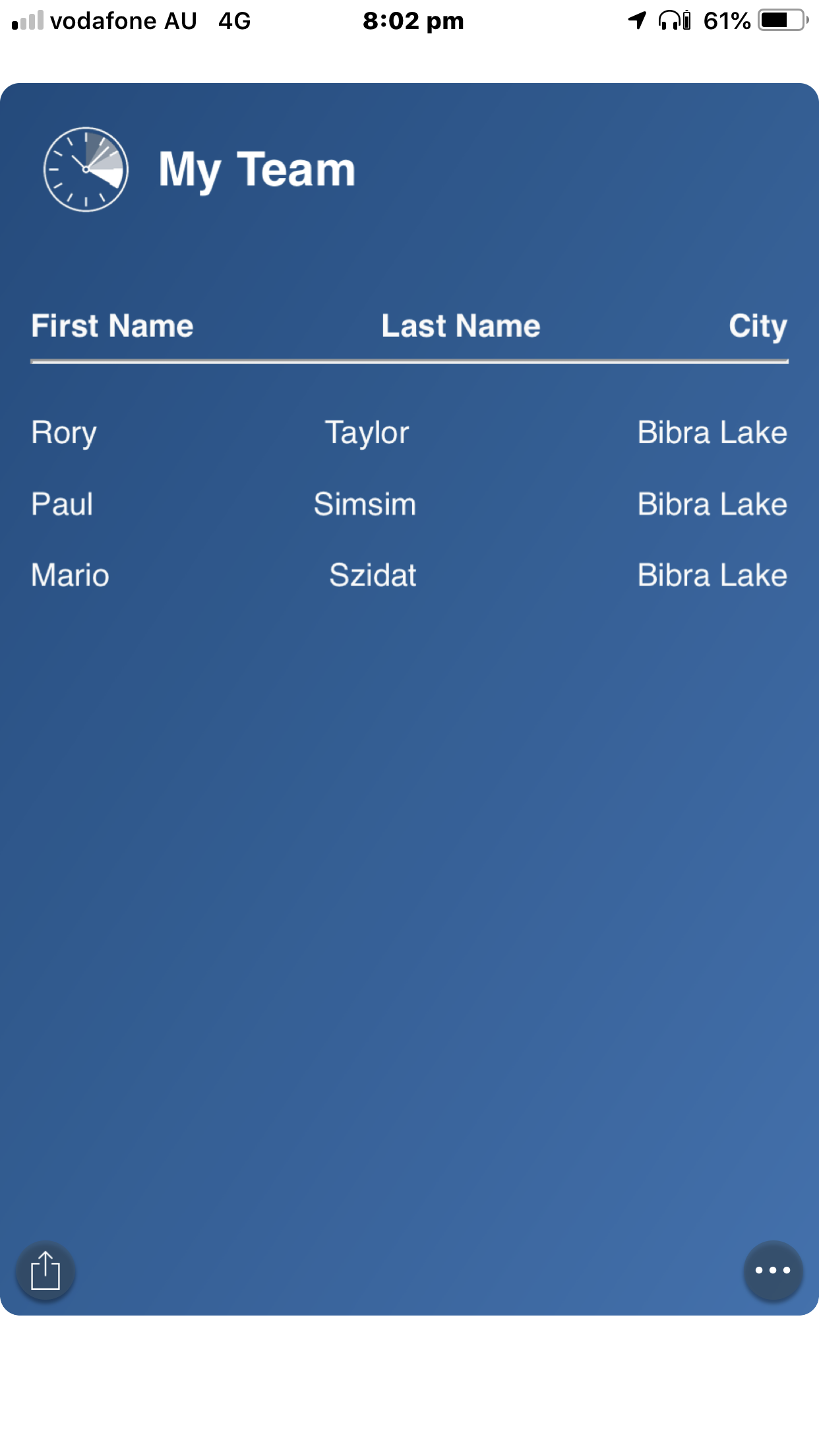 You will notice that the cards were rendered on both iOS and Android devices. Some of the developers put their creative hats on and changed the css to make the cards look more funky!!

This and more will be covered at the upcoming SAP Tech Night in Melbourne (check blog here) so reserve your spot now. I could not give everything away in this blog post! 🙂

This was a really fun session and I am sure the team enjoyed learning about SAP Mobile Cards. Would be good to hear from others running sessions like this or whether you intend on running one in the future. Feel free to post feedback or information on your own session. Once again, thanks for reading!