Magic Sauce and Women in IT

Today is International Women’s Day, as I’m sure everyone is already acutely aware of from the news feeds overflowing with the articles about women who are suddenly important. Some of you may feel inspired, some might be rolling eyes. I am, to be honest, because women are awesome every day and deserve more than one celebration reduced to a hashtag. But, ironically, I find myself jumping in to join The Great IWD Media Feeding Frenzy for the exact reason of being tired of it.

Growing up in the USSR, I had different experience than women in other countries. In the USSR, gender equality has been heavily promoted, at least on paper. Women always had right to vote. (I perceived this as given and was shocked to learn later in life that even in the countries that are considered civilized women gained right to vote in my lifetime.) Abortions were legal, although frowned upon. Newspapers were featuring photos of women miners, builders, scientists, and doctors. And, of course, we were the home country of the first female astronaut. 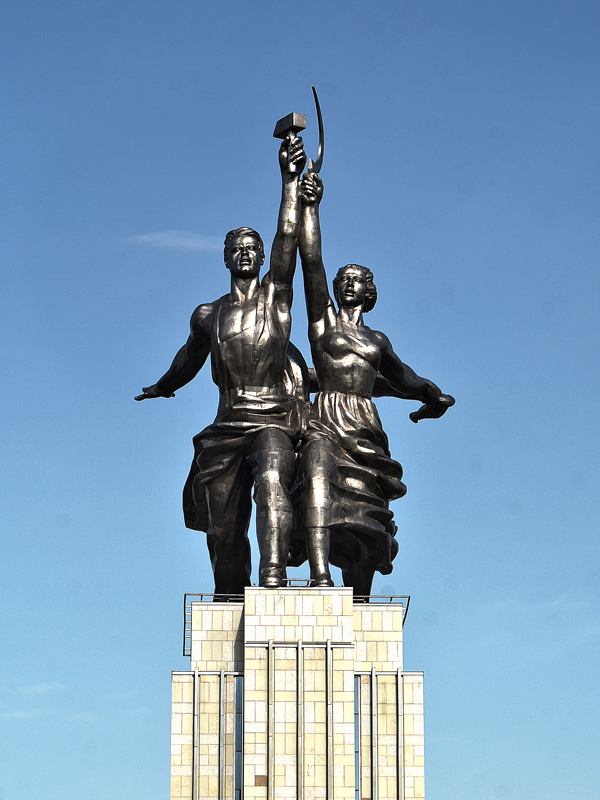 After large part of male population was wiped out by World War II, the country had to be restored mostly by women. My late grandma was part of that generation and, undoubtedly, an influence of my perception of the woman’s role in the society and life.

When I started my first job after school, at the University Computing Center, there were 5 women (4 of them programmers) and 6 men in our department. The ages were from 20s through late 40s. Our diversity and inclusion KPIs, if anyone bothered to track them, were through the roof. Even though I suspect our manager was skeptical of me at first (for non-gender related reasons), he quickly became a supportive mentor and remains a dear friend of mine to this day. The respectful professional relationships that I observed in our small team formed the basis of what I from then on viewed as the society norm.

After the tumultuous years of the USSR collapse, I ended up at an IT company that was owned by a woman and had a female majority in the management. I’ve never given it any thought since large numbers of women in the workplace did not feel unusual to me.

Of course, even in the USSR not everything was honky-dory. While I was fortunate to start the career in more progressive intelligentsia circles, some of my friends worked at the places where “normal” was very different from mine. At University, when taking an admission test for Computer Science program, I was one of the very few girls in the room. After a year, I dropped off and applied to a different program that offered double major in CS and Economics. Gender was not a deciding factor for me but, coincidentally, most students in the new program were female.

My first encounter with the US work culture was an odd one. In a team of 3 consultants (1 male and 2 female), I was appointed a team leader by our (female) manager. However, when we introduced ourselves to our new US manager, he immediately reacted to the only guy in our group as being the leader. This could’ve been penciled in to a single mishap but for the next months he continued to give more preferential treatment to the male employees, including predominantly male local US team. It was only when he noticed some programming certificates hanging on my cubicle walls when the tide turned, and I started to become included in conversations. Something my male colleague was granted from the start.

After that, I spent 2 years in a great team which happened to be more gender-balanced and led by a female manager. In the next job, 2 females (one left later) were outweighed by the male programmers again. It was a very interesting environment where the management (exclusively male) preferred to organize “team building” activities in the golf clubs, steak houses, and similarly “macho-ey” places. Once I suggested we have a team activity at a spa and rather enjoyed the uncomfortable silence that followed. 🙂

Fortunately, after a few years I did not need a work visa anymore and had a freedom to choose any workplace thus ending the pattern. Fast forward, when I started my previous job, our SAP team consisted of 2 men and 4 women. In my current team, we have equal number of male and female developers.

The point of this story is not to portray myself as a victim of gender inequality (I’ve been fortunate not to experience the disgusting things that happened to many other women at work) or to downplay its significance.

One interesting article I read today was about what kind of women role models we would want to see. Too many times it seems as if the role models in IT are either in top management positions or stereotypical “girl with a dragon tattoo”. But looking back at my career, none of my female colleagues looked or acted like Sheryl Sandberg or Lisbeth Salander. They were just regular women, wearing regular clothes, with no visible body art. Some of them had families, some did not. They had different talents and not necessarily were speakers, book writers, or “cool hackers”.

The greatest Mentor Marilyn Pratt  taught me that simply showing up and being yourself can make a difference. So, to all the thought leaders and industry experts out there looking for some Magic Sauce to bring more women to Tech: I have an answer.

There is no Magic Sauce. It’s simply regular women, showing up, in numbers. It’s simply managers, male or female, treating all their team members with respect and offering them opportunity to thrive. So that every girl starting her first job could see what a normal workplace is and should be.

In real life, I am just a regular woman, wearing jeans daily, writing average (mostly not object-oriented, gasp!) ABAP code. And I am here for you. Will you join me?

I always enjoy your posts Jelena.

I was shocked when I started working in US how "male oriented" everything is and how my female colleagues were often overlooked or ignored.... I'm glad it is changing and I see more and more women in tech jobs. male only offices are simply boring.

Thank you for the kind words!

It's funny that when growing up it was weird for a woman to be just a housewife, and in the US it's almost the other way around. I'm glad it's changing already but looks like still a long journey ahead.

Societies evolve... nice when they do it upwards and scary when they regress.

As some in the industry are calling it: "international list of women in tech" day. Yes, we're amazing all year 'round. That's not what this day should be about. Loved your post. It's critical that we keep talking and sharing our experiences so we can normalize what should be normal and stigmatize the bad behavior. Thank you again for taking the time to write.

Yes, as correctly pointed out in your blog, it feels almost like "oh dear, here we go again" for another meaningless round. Then next day it's back to business as usual.

Once of your closing comments is very deep and something that really resonates with my philosophy too:  "There is no Magic Sauce. It’s simply regular women, showing up, in numbers. It’s simply managers, male or female, treating all their team members with respect and offering them opportunity to thrive. So that every girl starting her first job could see what a normal workplace is and should be."

One minor correction however, you are not 'regular', but instead should consider yourself exceptional!

Thank you, Jeremy, you are too kind!

Thank you Jelena for your great blog post. That is a very interesting experience! I can 100% relate to the role model experience. When I attended some „Girls go IT“ events we always met women in fancy costumes who were managers at IT companies. I wanted to meet women who were developers or engineers telling me what it is to work as a developer/engineer because this is what I wanted to study. So yeah, all I can do is stay here and be myself - currently in sweat pants 🙂

I suspect that the organizers of all those "Women in IT"events and panels want to present what it means to be a successful woman in IT. And, sadly, this is still associated mostly with being in a management position. Which is a stereotype that definitely needs to change.