All inbound integrations via SAP PI will send data to ECP as well as write the file on customer internal network drive which is in customer’s landscape.

SAP PI can send data in idoc to ECP system. 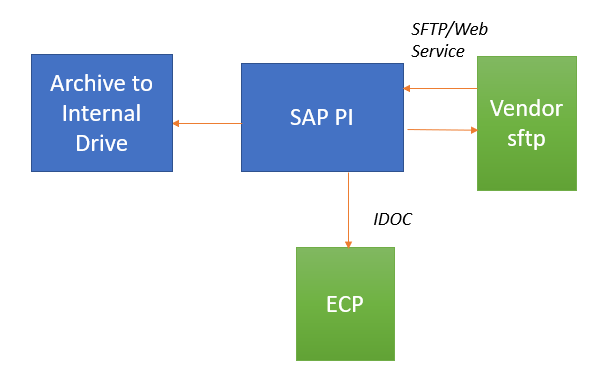 In the above scenario you need to create a function module in ECP and attach it to your idoc type.

All inbound integrations via SAP PI will send data to ECP as well as write the file on customer SFTP or their internal network drive which is in customer’s landscape.

SAP PI can send data via SOAP to ECP system 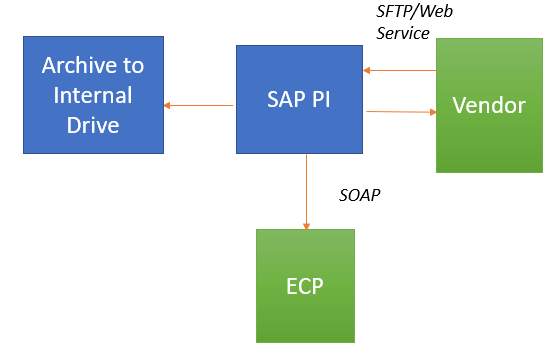 Scenario 3 – Customer wants to use SAP CPI for all vendor interactions but wants to have the data as a file in their internal network drive.

SAP CPI interacts with all vendors and sends data to ECP via SOAP. SAP CPI sends data to SAP PI via SOAP and SAP PI will write the data in file format in customer internal network drive because SAP CPI can’t reach there because there’s no standard adaptor given by SAP for that. 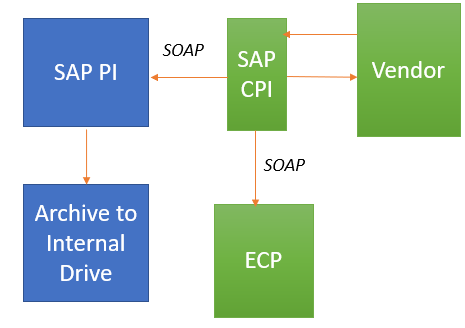 Scenario 4 –  Customer wants to use one middleware i.e. SAP CPI.

SAP CPI will interact with all vendors and archives the file in Customer SFTP via SFTP adaptor. 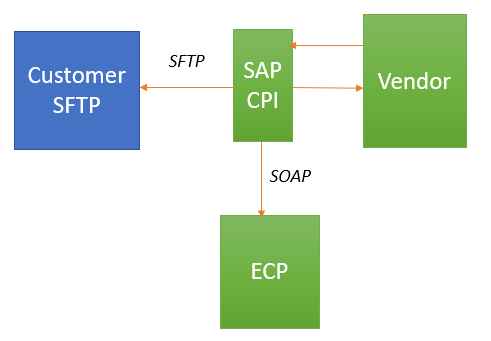 Note: If the file needs to be archived on the Customer’s on-premise SFTP server then SAP CPI can also do that. There’s a solution which SAP has given in Nov 2018 release. Refer this blog for more information.

Can we use RFC adaptor in CPI to send data to ECP?

Java=>rest=>CPI=>RFC=>ECP. Could you please kindly share the information on how to do the configuration on CPI? Thanks

We can but I have not done this. Is there a challenge you are facing?