All outbound integrations from ECP should send the data to vendor as well as write the file on their internal network drive (inside the customer landscape/ DMZ) which is in customer’s landscape.

Data from ECP can be sent via idoc to SAP PI which further sends the data to vendor and archives the file via SFTP. Custom message types can be build in ECP as per interface mapping. 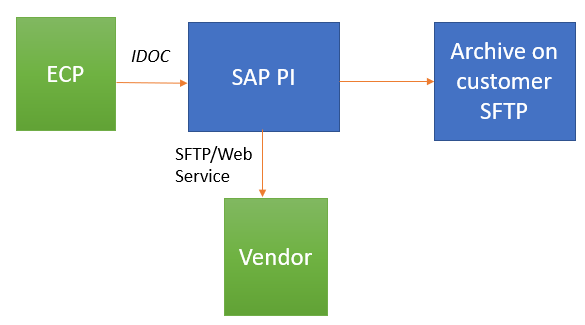 In the above figure, ECP sends idoc to SAP PI via an ABAP Connection i.e. Connection type 3 (refer below screenshot).

The target host in the RFC connection points to SAP PI as shown below. 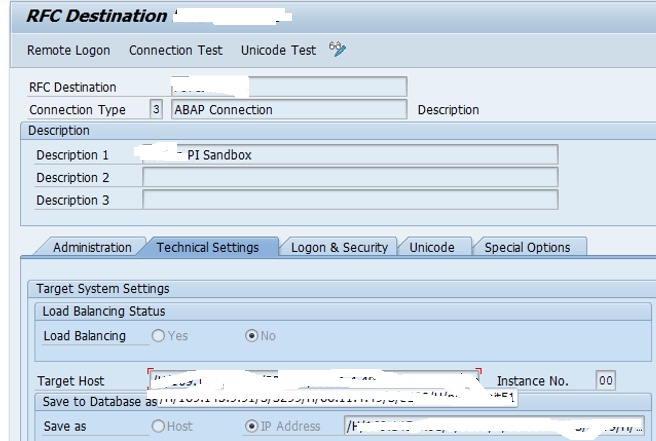 Customer wants to use SAP CPI to interact with all vendor systems and also wants to archive data in its network drive which is only accessible via PI. It is not advisable to use 2 middleware but it may be required as every customer has a different requirement for different reasons and policies behind it.

In this case both SAP PI and SAP CPI will be utilized in the integrations as shown below.

SAP CPI can send the data to SAP PI via SAP Cloud Connector. SAP PI can then archive the data in internal network drive. 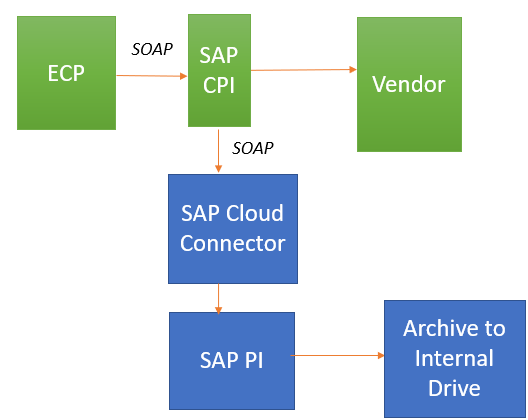 An RFC can be created in ECP system to point to SuccessFactors SFTP.  Every customer gets a personal SF SFTP with the license.

ECP can write the data in file format on SF SFTP from where SAP CPI can pick the file and pass on to vendor. 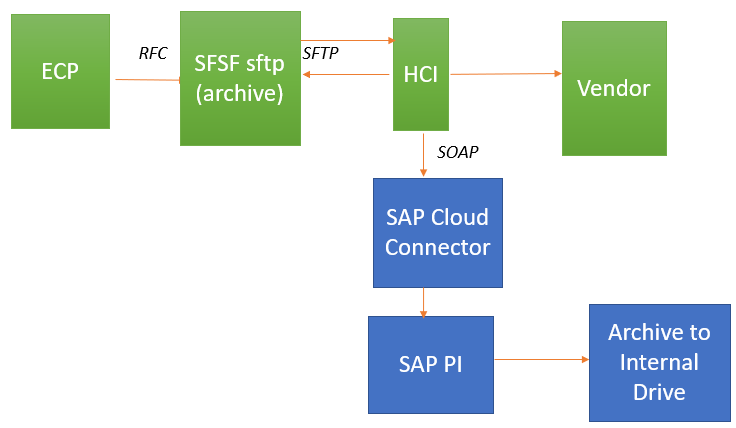 In the above figure, ECP writes data to SF SFTP via RFC of Connection type G i.e. HTTP connection to External server. The target host points to the SFTP server. Example shown below. 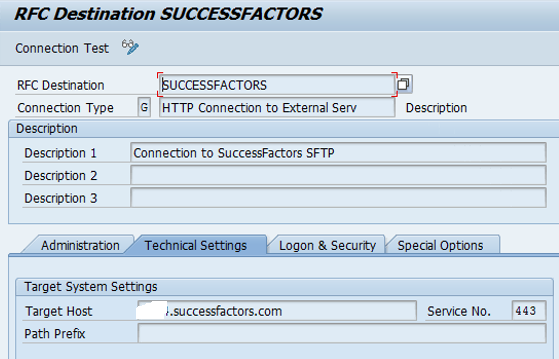 If the file needs to be archived on the Customer’s on-premise SFTP server then SAP CPI can also do that. There’s a solution which SAP has given in Nov 2018 release. Refer this blog for more information.

Here’s the link of my blog for Inbound Integration approach to ECP.

I am interested in the last part - ECP reads/writes to SuccessFactors SFTP.

Would you mind telling more how it can be worked? As I currently explore the same requirement and found ECP (or SAP ERP) has no standard method/function to access SFTP (but only FTP).

Appreciated if you can give me a light on it.

There's no standard program given by SAP to write the file on SFSF SFTP. I remember our developer created a program (SE38) which read the file from application server (AL11) and transferred the file to SFTP via the RFC I mentioned.

I require to use synchronous RFC calls from ECP to S/4 via SAP PO for Payroll Postings.

The outbound synchronous BAPI calls is feasible from ECP to On-Prem SAP PO?

I have the requirement to connect on cloud ECP to SAP PO system.But can you let me know the back end configuration to import required IDOC from ECP to ESR of PO system for mapping.

or there is any method to import IDOC into ESR of PO system.

or ALE configuration will be remain same as we do in on premise ABAP and PO system.