Issues with SAP GUI for Windows 7.60

I am happy to say that now, as of patch level 3, most of the issues listed here and in the comments have been solved. Patch level 3 especially solved the column width issues with table controls that made customizing very difficult or lead to columns not being displayed at all.

The day before yesterday SAP GUI 7.60 was released. I looked forward to finally trying out the Belize theme on non S/4HANA systems and I really like the new design. Unfortunately after just one day of use I noticed several issues with either the theme or SAP GUI 7.60 in general that I am going to list here. I would really like to use the new Belize theme, so I hope these can get fixed in a patch.

On 7.60 regardless of I am using the Belize theme or Blue Crystal the load times to get into a dynpro with an ALV on it have increased by a huge margin. Clicking on the “Yesterday” button in ST22 gets me into the list on 7.50 within half a second.

I have this problem for every dynpro that contains an ALV. This is especially troublesome in SM50, where there are several ALVs (4) on the screen and you typically press the “Refresh” button quite often.

That’s a 10 time increase in response time (!). Since this issue is theme independant I am tempted to dowgrade again, but it seems like you can only do so by completely reinstalling SAP GUI.

This is only occurs using the Belize theme. In any multi column tree ALV there is a delay when scrolling. You can scroll your mousewheel for half a second and wait 5 seconds until the tree has scrolled to the position. On Blue Crystal this is much faster.

The column widths seems to have been adjusted to be in line with the new default size of fonts in the Belize theme. There however are some side effects. 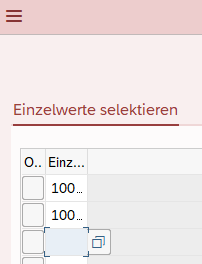 Several transactions also have a pixel perfect width for every column in their ALVs so that they fit perfectly on a 1080p screen. While in Belize now the fullscreen ALV container finally uses the full width of the screen it shows less columns than before. In SM50 I cannot even see the column which contains the information what the process is currently doing without scrolling to the right (on a maximized window with 1080p resolution).

I was able to fix the default column width in SM50 and several other transactions by changing the proportional font in the GUI settings to a non proportional one, like Lucida Console 11. I assume there is some kind of error in the width prediction. For example the CPU time column gets this default width with the new 72 font, size 11:

Even with the widest characters in the 72 font the cell should not take that much space.

And this is the more expected width with Lucida Console 11:

(Tahoma 11 on Belize also has a more reasonable width, so the cause might be the new 72 font?)

Black bar at the top of maximized GUI window

For some reason there is a black bar at the top of the screen for maximized windows using the Belize theme. This prohibits me from dragging the window by moving the mouse to the top of the screen. (I have enabled the smaller task bar in Windows, maybe that has something to do with it?)

In Belize only some of the total line background is colored in yellow. On Blue Crystal it’s all the way around. Not sure if this change is intended but it makes it harder to read multi level totals in my opinion.

Without the group-line there is no background change at all in the totals line.

Amount fields with signs are not aligned in ALVs

This by the way also always happens with the IDA ALV regardless of the theme.

In SE16 field values of a row are not on the same vertical height for some reason.

I don’t have this problem on my other laptop. I assume it might have been caused by me messing with the font settings in an attempt to fix things. I however currently have set everything back to default and the issue is still there.

In some ALVs you cannot scroll by grabbing the scrollbar with the mouse, moving it the the position you want, and then releasing it. In SE16 for example you can only click and hold on the upper ~5 pixels of the scrollbar. Anything lower will result in behaviour as if you clicked on the background (single click on any position in the bar where the rectangle is not).

I can imagine the reason for this being the “hitbox” for the scrollbar to be as large as the correct percentage of the rows displayed. But the displayed scrollbar has a minimum size and is therefore larger.

With CL_GUI_CONTAINER_BAR* you can normally get containers and toolbar buttons in a specific configuration, where the container automatically takes the remaining space between the buttons. With Belize I now have scroll buttons because it somehow could not determine the height correctly. Instead the container should have been sized with less height, so that the buttons fit exactly.

This is especially noticeable in SE80: 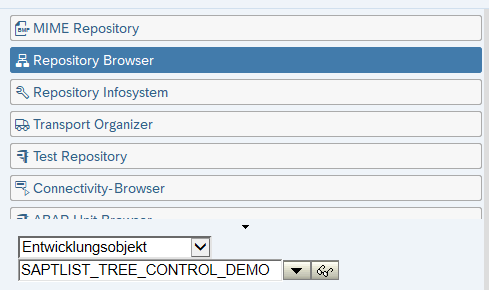 For some messages the link to open the longtext is invisible.

Only once I hover over the place where it should be it appears.

Some progress indicator messages are not displayed

In FBL5N there usually is an indicator at the bottom of the screen to inform the user how many items have been processed so far. In Belize there is no such information (even though on other occasions the progress indicator works fine with belize).

For the occasions where the progress indicator does work in Belize: Since it is now in centered in the screen if you have a popup screen (like a selection dialog) in the foreground, you cannot see the progress messages or even the loading indicator that used to be at the bottom of the screen.

In Eclipse every time you open a SAP GUI window it first has borders in main part of the screen. These disappear once you execute a dialog step. 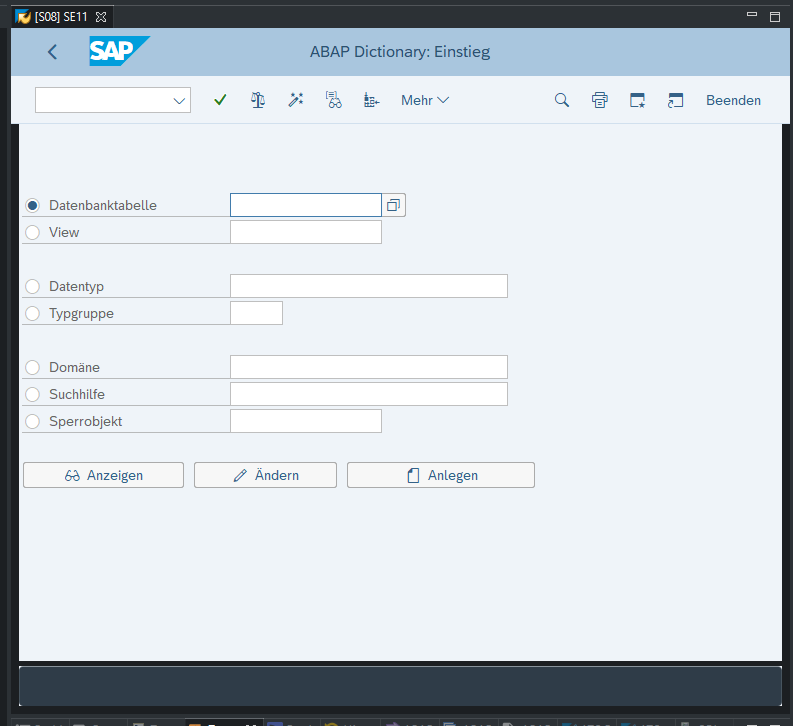 I hope most of these are somehow related to my local configuration. I do however have these issues on two separate PCs. Hopefully these can get resolved. Otherwise it is very difficult to recommend switching to the new recommended Belize theme or even to upgrade from 7.50 at all.