An Old Friend in an Unknown Identity

It was back in 2003 when I was in class 3. It was my first day in my new school, and I still remember making my first friend, Adrivita. It took very little time for me to open to her, a chubby sweet girl. The only different thing about her was she had a male voice. Like all other children, I too had no questions on that. To me, gelling with her, chatting, talking about childhood crushes, sharing tiffin, and playing was more important. Above all, I felt she was someone who really took care of me and showed real concern. It was all going fine for a year or so, when one fine morning, I found my class teacher blasting Adrivita and making a guardian call. I was confused about what could be the issue. Being one of the closest friends of Adrivita and spending half of my school time with her, I had never once seen her into any mischief. I was worried about her, and at the same time agitated with the class teacher for putting my friend into trouble. 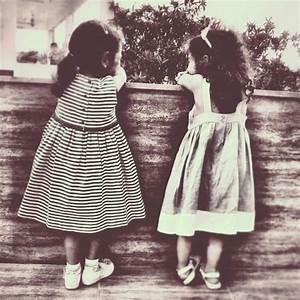 To know more about the issue, I casually reached out to few of my classmates. And the facts they shared with me was surprising. They told me that Adrivita is actually a boy who changes from his trousers to skirts in the washroom at very early hours before other students enter the school building. But somehow, some students have got to know that and complained to the school authorities. Listening to this, I had several questions swirling in my head. Some of them being why are others so interested in someone’s private life, why did Adrivita hide it from me when I was her friend, why did the class teacher react so harshly on this complaint. Even why is this at all a mistake when someone wants to wear a dress that he/she was comfortable with. My questions remained unanswered, and my friend Adrivita also vanished for a week.

It was almost after 10 days when my friend came back. I met my old known friend in an unknown new attire and identity. I was shocked to find him in trousers, and even shattered to know that he had broken our mutual promise of not hiding anything. But more was yet to come. The class teacher walked in, gave an angry look at my friend and started with the attendance, Roll Number 1….. Roll Number 5 Adrivit… Now, I was angry on the group of classmates who complained against Adrivita. One complaint changed the entire life of a person completely, took away his identity, his name, everything that was his own.

From that day until today, I have seen him suffering. I realize every day, every moment how difficult it is when the gender of your soul does not match with the gender of your body. He is a male by body and a female by soul, but because of society, family and narrow-minded people like many of us, he has to carry this burden of hypocrisy throughout his life. I have figured out the answers to the questions that were once unanswered. Yes, people are more interested in others’ personal lives to cook up stories. He hid it from me thinking I was also one of the judgmental crowd. My class teacher was just a representation of society, and it was not a mistake but rather the verdict of that society.

Being a person whose soul and body has the same gender, I still feel, more than gender identity, it is about being human and considering others to be human. One should respect others for their accomplishments, and not for their gender expression. There lies the equality, the sensitivity and the real PRIDE.

Keeping ourselves abreast with such true incidents allows us to appreciate the world and our society from a new dimension.

Thank you for sharing it with us.

Thank you for this beautiful reflection.

Thank you for sharing and reminding us to respect others for their accomplishments as well how our words and actions can hurt others.

Thanks for sharing an important and personal story.

One question that comes to mind is use of pronouns.  When someone who identifies as "she" is forced to assume their biologically-defined gender, how do we respond?

The correct pronoun is the one the person themselves would use – in this case, “she.” It’s also not correct to say that this person has a ‘male body, female soul.’ They are a female, full stop. Female bodies do not all look the same or have the same parts, because gender comes solely from the brain and not external indicators.

Edit: I don't say this to disparage OP's efforts to be an ally, but these are important points when talking about transgender people. Allies have the responsibility to educate themselves about the issues they care about, and this is no exception.