Welcome back to Part -II , in Part -I , we saw the details on API HUB and its features

Challenges on our way to reach the solution:

The source of extraction of these APIs becomes the key , once we have identified that then we can download the entities(as shown below)

To develop business logic and user interface , we’ll first break it down into pieces and logically structure them(shown below) Having researched and thought about all the aspects lets look into the core development itself:

The approach follows the design pattern given below:

The initiation of these asynchronous operations happens within the executor function.

If the asynchronous operations are successful, then the expected result is returned by calling the resolve function by the creator of the promise.

Similarly, if there was some unexpected error the reasons are passed on by calling the reject function. 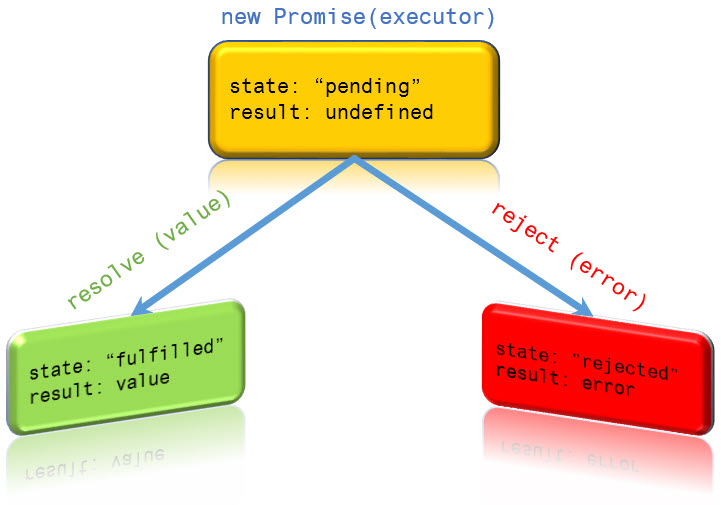 Note that a promise can have three states:

When a promise is pending, it can transition to the fulfilled or rejected state.

Once a promise is fulfilled or rejected, however, it will never transition to any other state, and its value or failure reason will not change.

Like the above, nested promises can also be used. 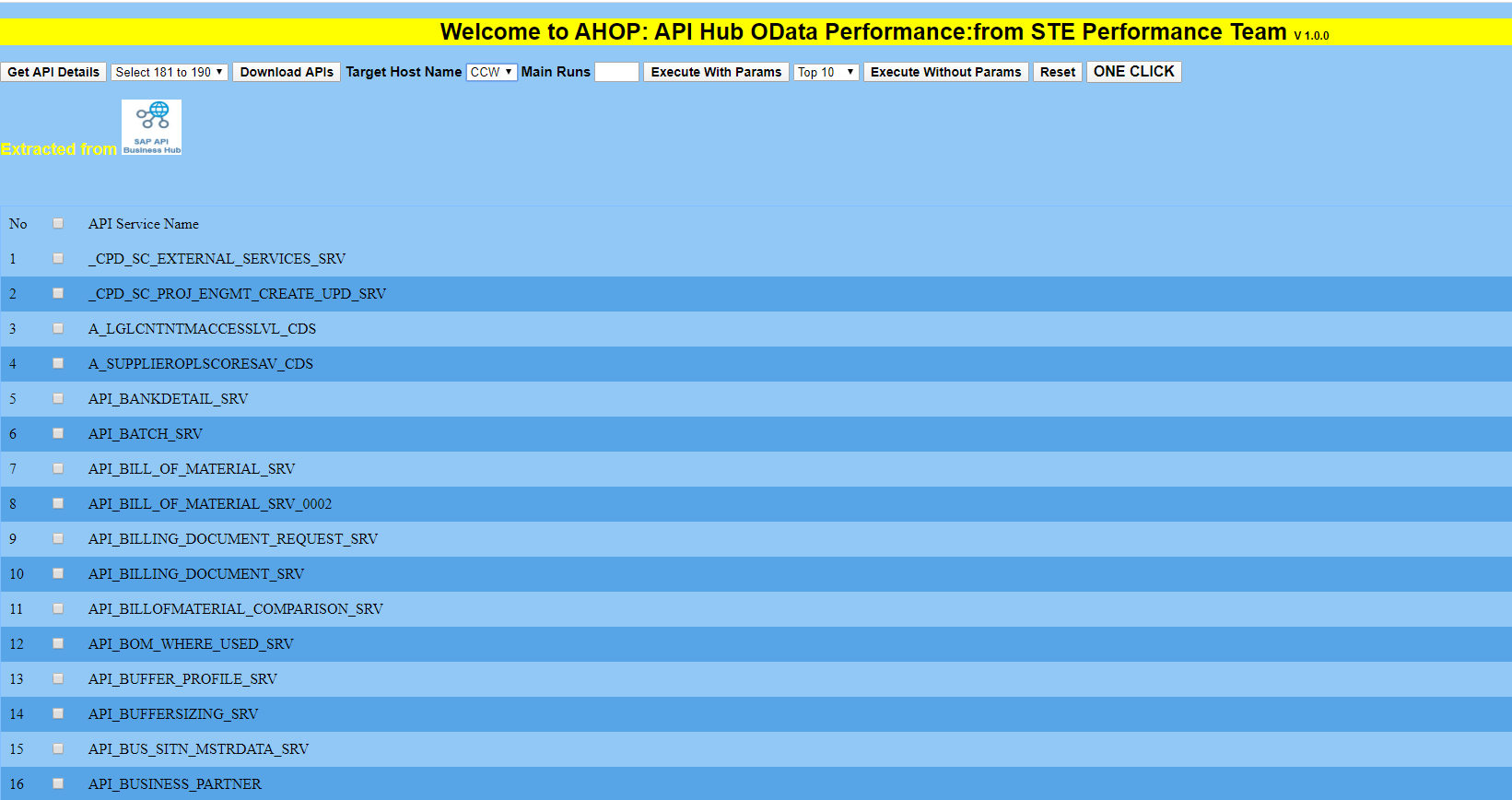 Once the execution is complete the excel is downloaded automatically ,

The main runs selected were 3(for example) , since buffered runs are implicitly handled (always = 3 : shown in orange) , total of 6 calls , the performance measurements are only accounted for the last 3(shown in green) see below details from Network :

Since this is with Parameter an additional call will be made , the main runs selected were 3 , since buffered runs are implicitly handled(always = 3) similar to the previous one, shown below:

Execute Without Params (Need basis only)

No of items for the above execution was 5671 which is shown in the excel below :

Debugging as to why it displayed as NA

because the result set is empty as shown below

In contrast it was executed in ER9 where it was successful

My Favorite Feature(1) is the following :

If the user selects all for a given API(as shown below for the first API) and clicks on any execute it intelligently will execute only the entities that meet the criteria (w.r.t with param and without param) 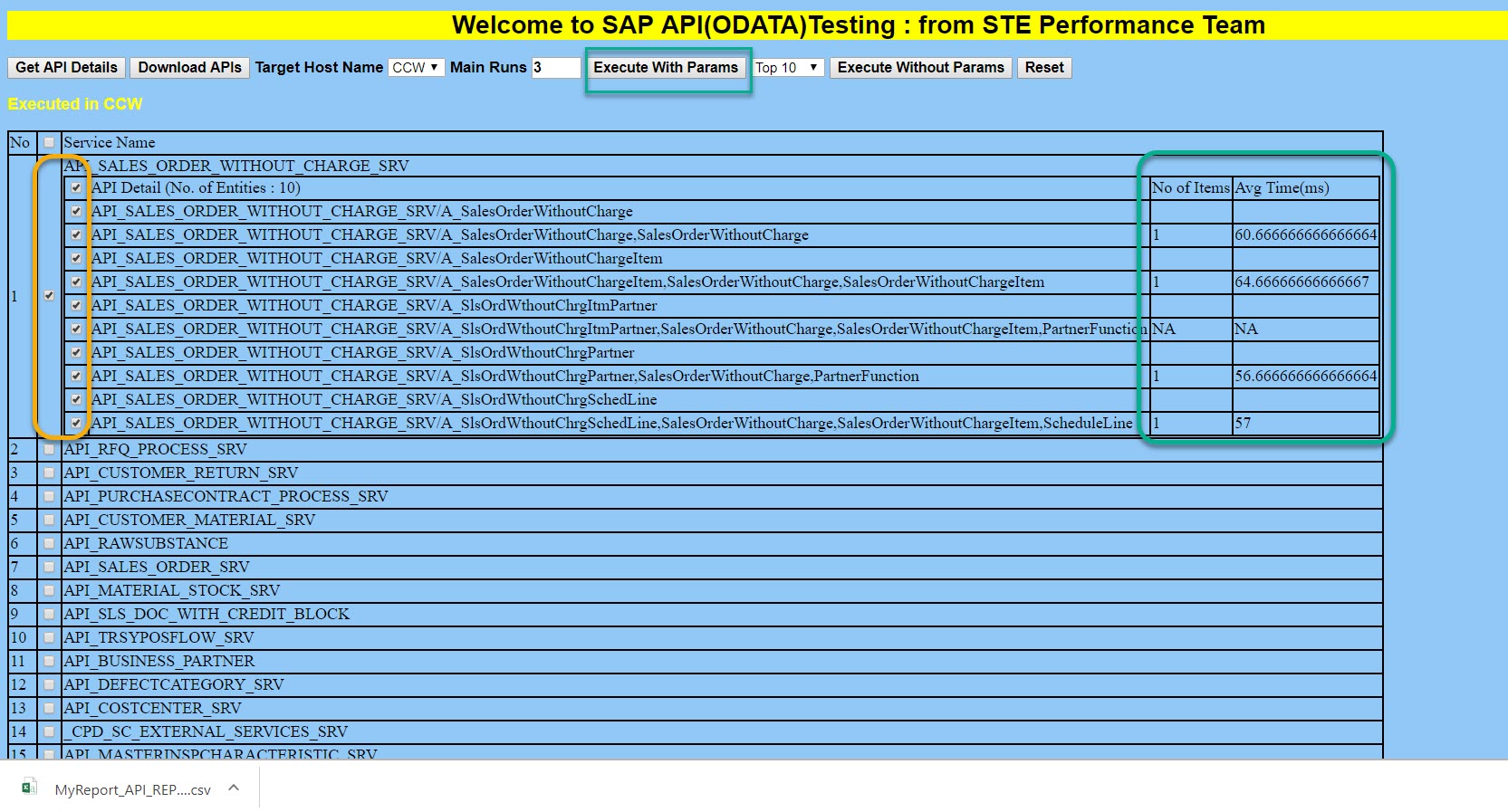 Similarly for execute without parameter , default is Top10 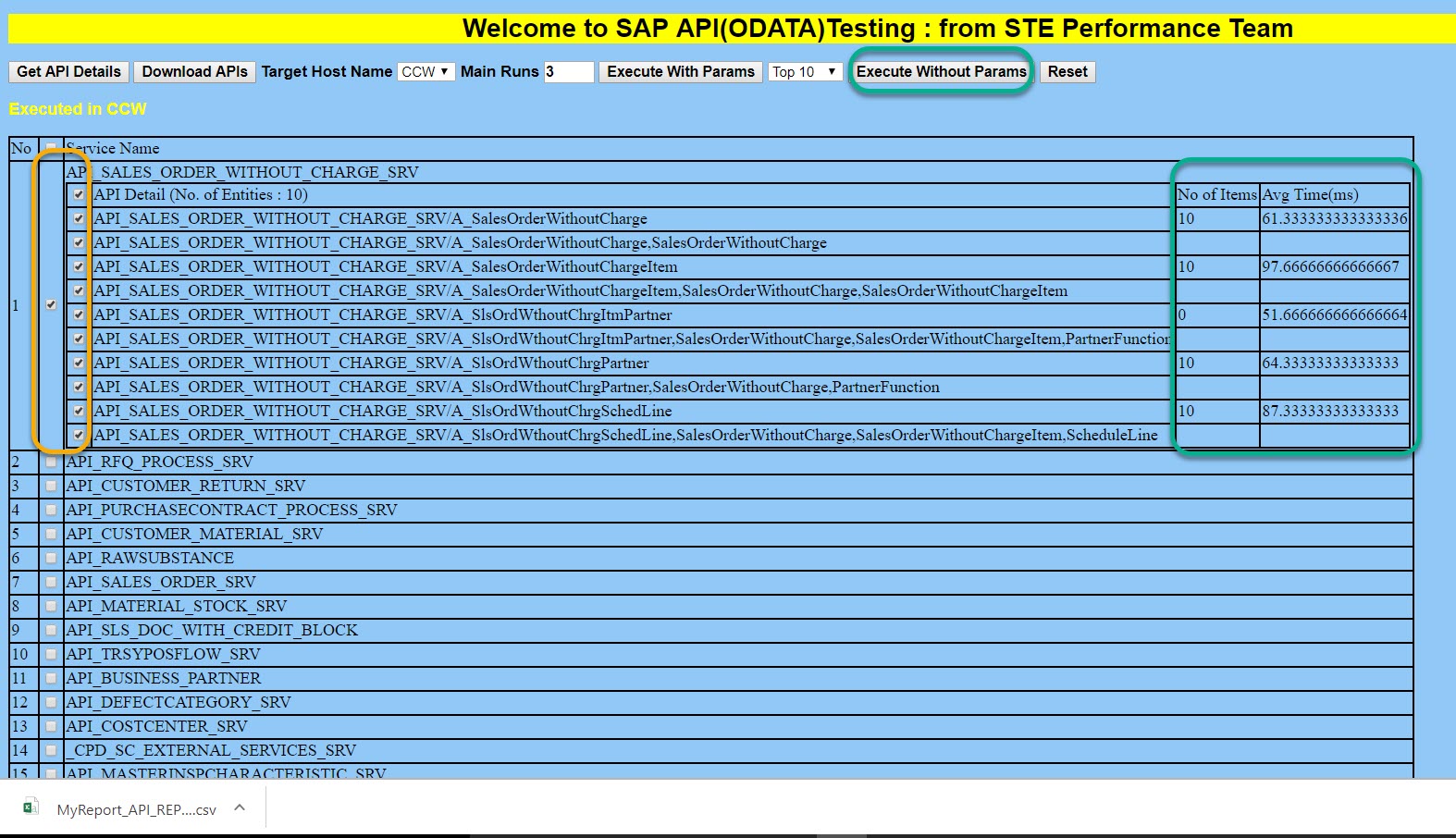 My Favorite Feature(2) is the following ,

We have successfully created an Automated Performance test for OData services of the S/4 HANA Cloud via a simple UI.

Benefits of this approach are listed below: