“Give me a place to stand and with a lever I will move the whole world.” 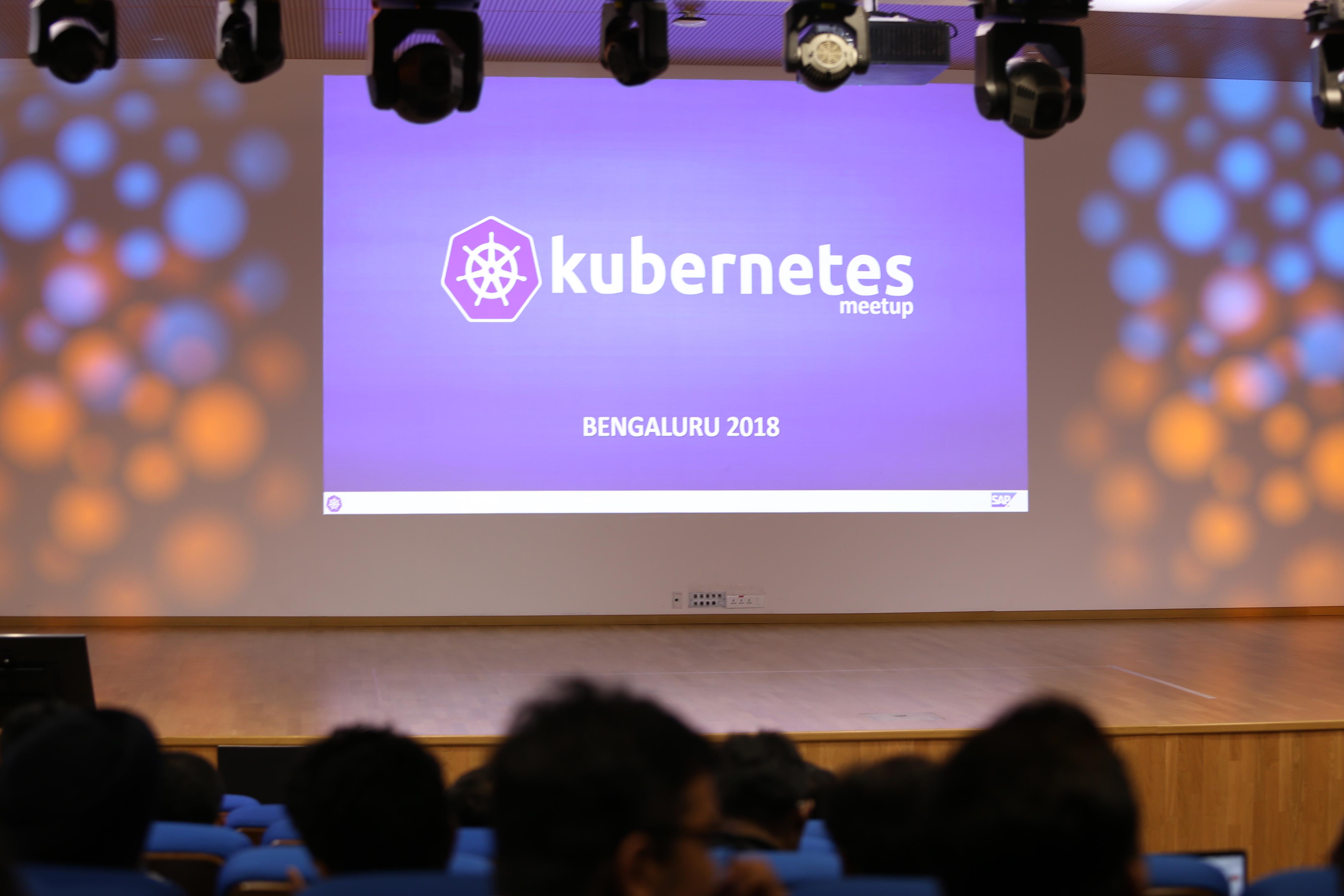 In this powerful quote, Archimedes illustrates how one can solve any challenging problem, given the right resources and an ingenious mind. Today, most of what we do involves a few taps here and there. We buy beautiful gowns, travel to our event venue, and post smashing pictures all through a few taps. Such platforms serve you to ensure that you do what you do best. Similarly, Kubernetes allows creative minds to focus on solving real-world problems by taking care of the operations involved in running your service. 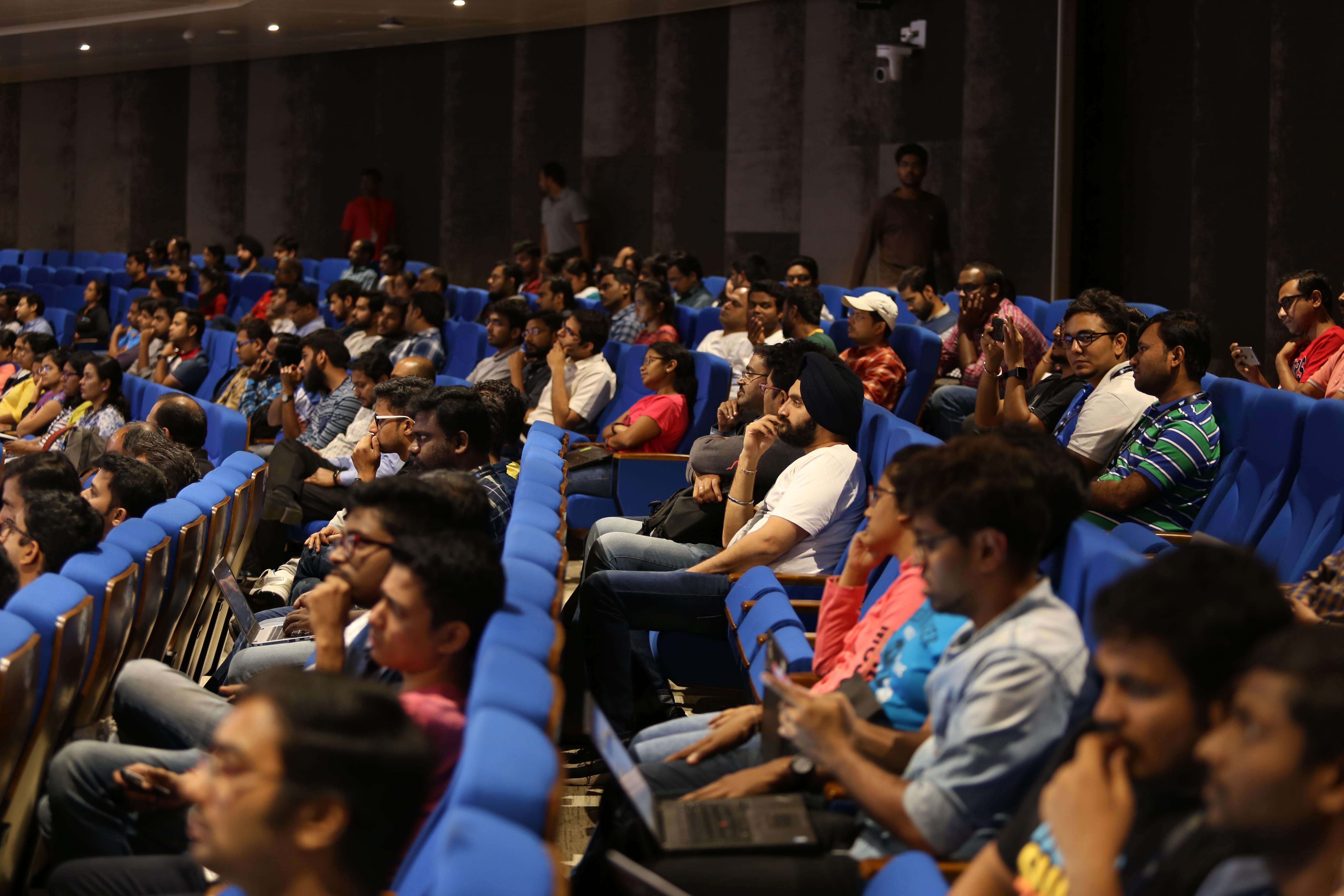 George Kuruvilla, the wonderful host for the evening, kick-started the event by welcoming the gathering. He set the context of what Kubernetes is and detailed the motive of the meetup. Having set the context he welcomed the Keynote Speaker – Vasu Chandrasekhara. 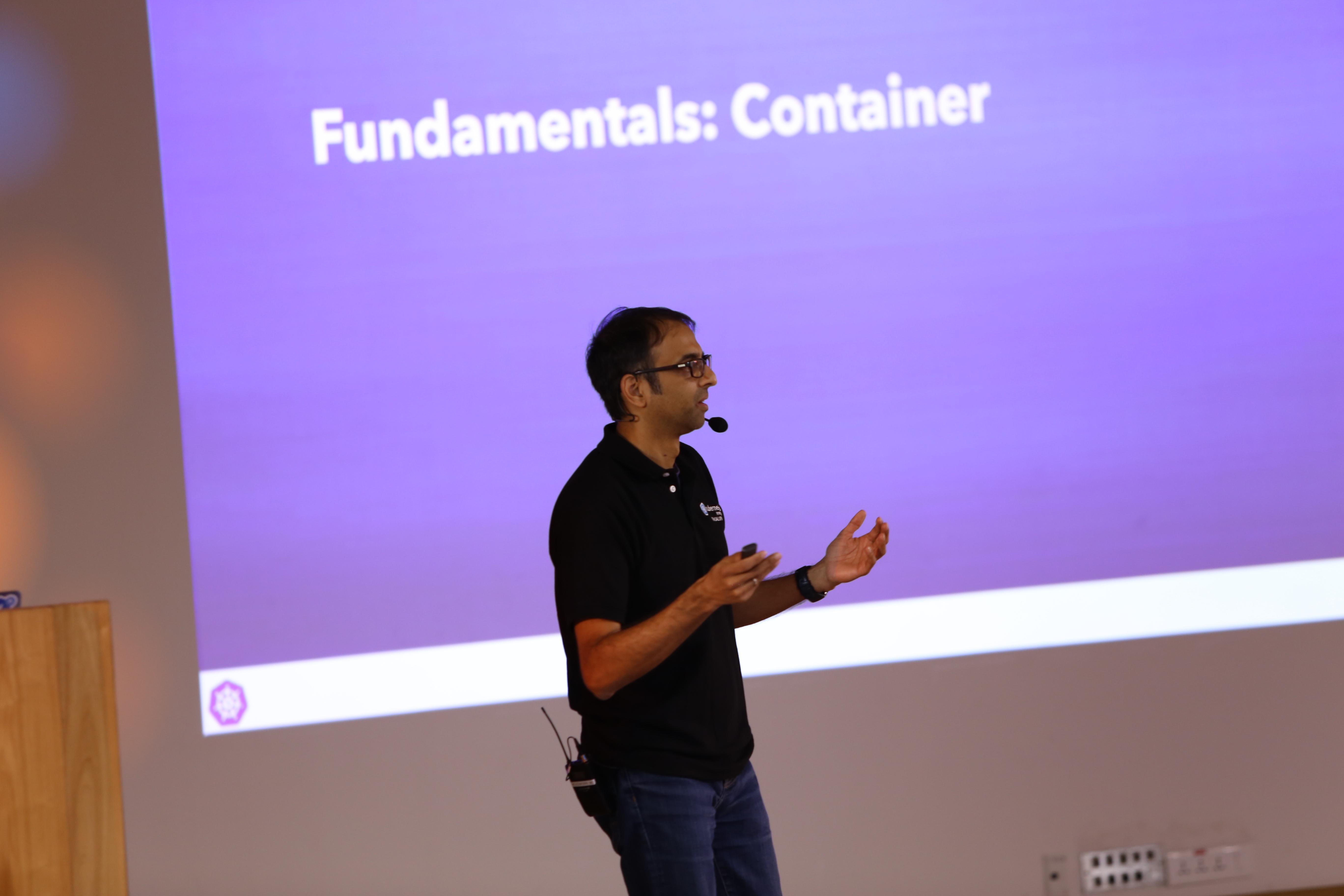 Vasu Chandrasekhara, Chief Architect, Office of the CTO, SAP SE  is the brains behind Gardener – an open source project on Kubernetes. In his session “Kubernetes, a novel architectural perspective”, Vasu elucidated on the concept of process orchestration and mapped the role of Kubernetes in it. He portrayed the contrast between virtualization and containerization through engaging real-world examples. His demo of a “Useless Machine”  was met with thunderous applause. He asserted that Kubernetes can do so much more and that one only needs a problem to solve. Finally, he championed the thought of a community and encouraged everybody to form strong ties and build a thriving community.

If you want to know more about this “Useless Machine, access Vasu’s presentation, and recording. After Vasu formed the basis and set the tone for the evening, Neependra Khare, Founder, and Principal Consultant, CloudYuga Technologies, gave a presentation on “User Authentication and Authorization in Kubernetes”, in which he explained the security aspects of Kubernetes. He covered various features available in Kubernetes – in the context of security. He further elaborated on User Roles and Accounts and how we can leverage this ability to secure our Kubernetes cluster. Neependra kept the crowd engaged by demoing each topic he discussed.

You can witness Neependra’s presentation first hand by accessing the video and slide deck. 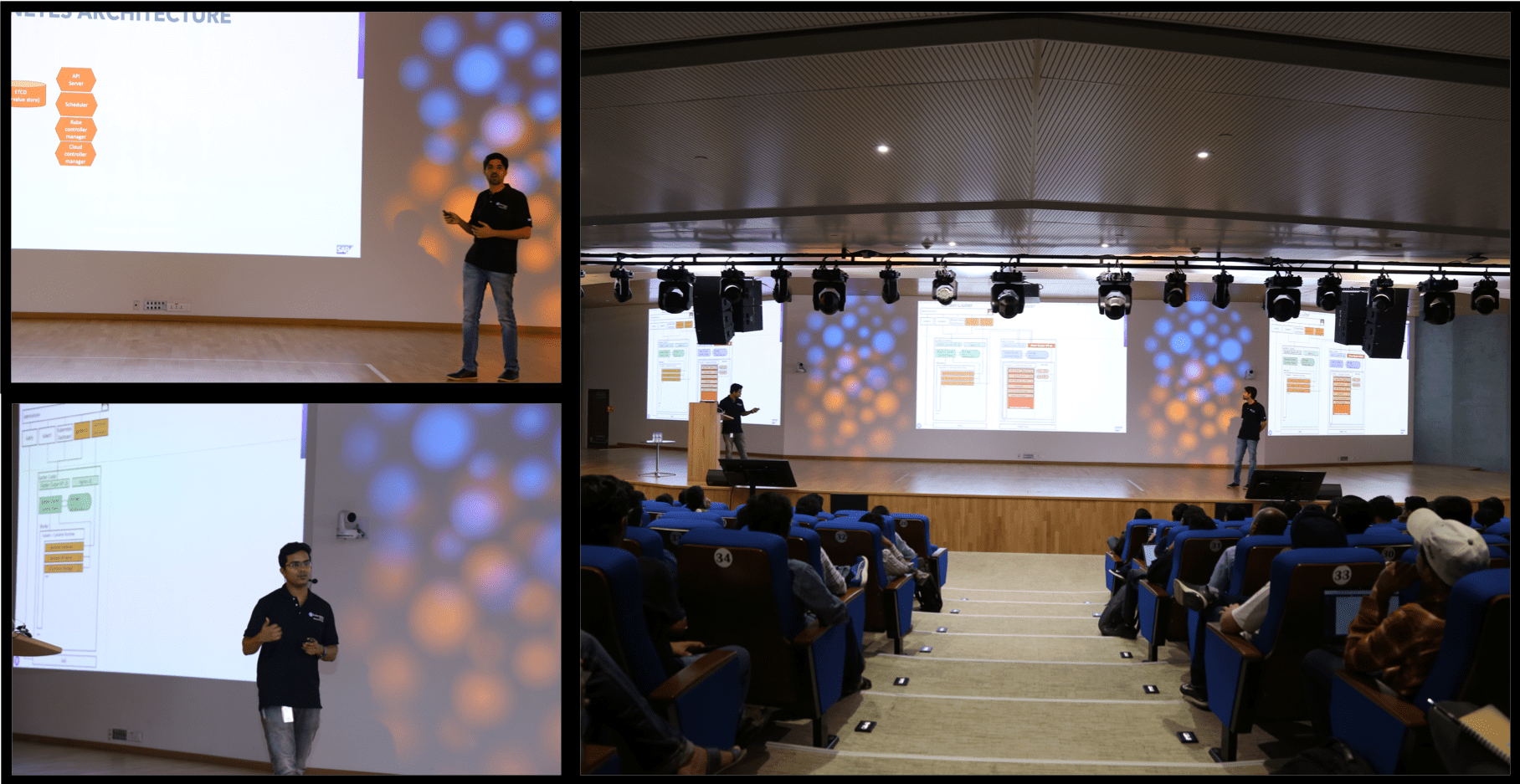 Next, Amshuman Rao Karaya, Architect, SAP Cloud Platform and Prashanth, Developer, SAP Cloud Platform delivered their session on “Gardener: The Kubernetes Botanist”. Amshuman spoke about the motivation behind the project and described the architecture and overview of Gardener. Prashanth then, built on top of Amshuman’s foundation and dove into how Gardener manages the full lifecycle of conformant Kubernetes clusters. He constructed a scenario and showcased a demo around it.

To learn more about Gardener access Amshuman and Prashant’s recording and slides. Finally, Nikhita Raghunath – Developer at Loodse came on stage to tie all the learnings together. Nikitha presented her session on “Extending the Kubernetes API with Go”. She started off by explaining the basics of Kubernetes Custom Resource Definitions (CRD) and then took the audience through the steps involved in writing controllers using CRDs. Her talk was especially insightful in understanding the flexible nature of Kubernetes, one that allows you to define custom resources based on requirement.

You too can witness Nikitha’s high spirits and beautifully crafted presentation by clicking on the links. 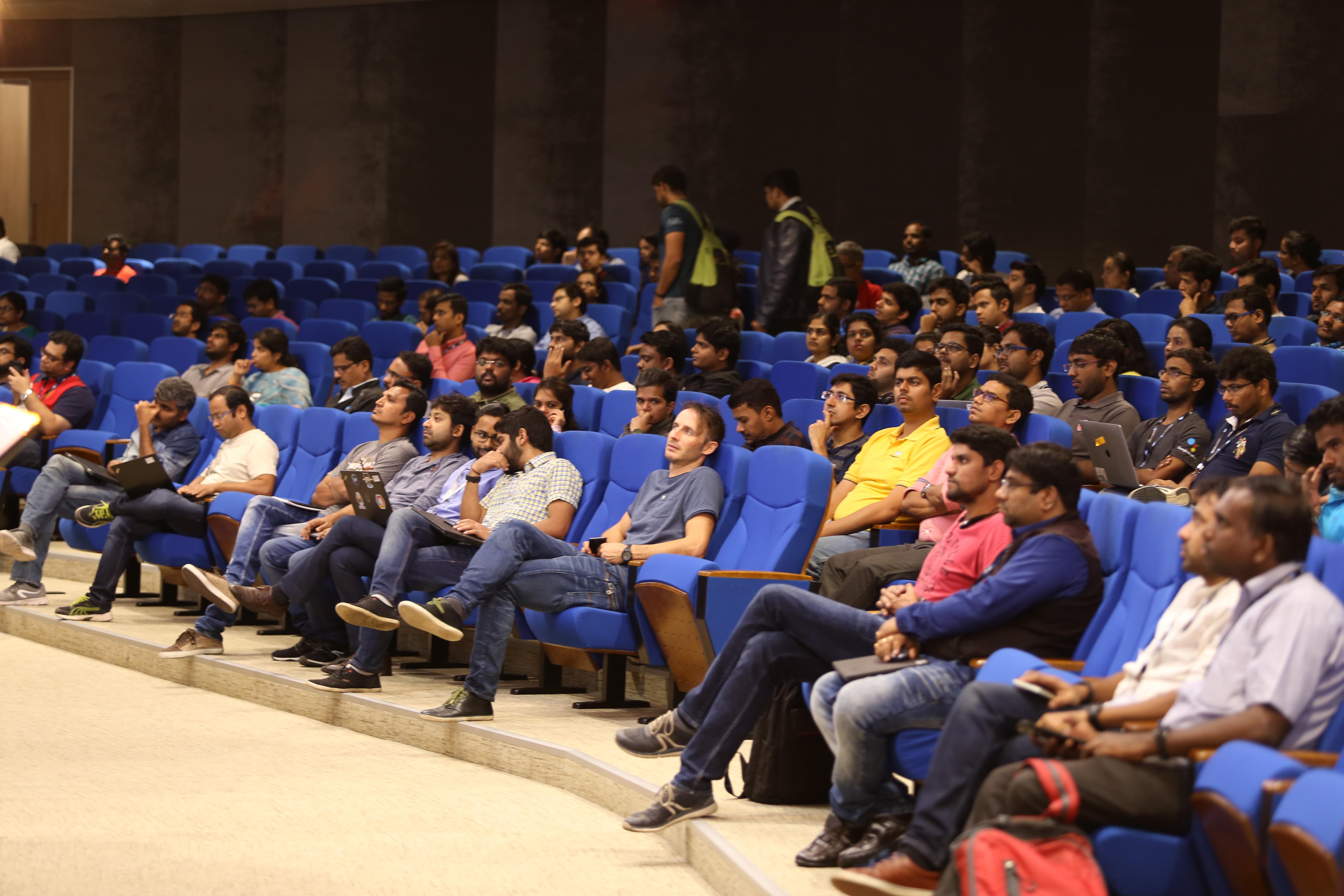 Ensuring that the message was driven home, George came back on stage with a pop quiz. The eruptive responses from the crowd was a testament to what it had learned through the day.

Concluding the day, George thanked the speakers, organizers, support staff and most importantly the community for making their way to an event of learning.

Through their sessions, the speakers at Kubernetes meetup 2018 proved that

“Kubernetes is the lever of your solution!”