The target of this blog is to show the new extension scenarios from production proposal through all the production entities to production tasks.

For a production relevant extension field, you can activate two extension scenarios:

Both of them relate to the General Information in the header section of the objects.

In the video link, you can watch the full process.

And following some example screenshots with the transferred extension field: 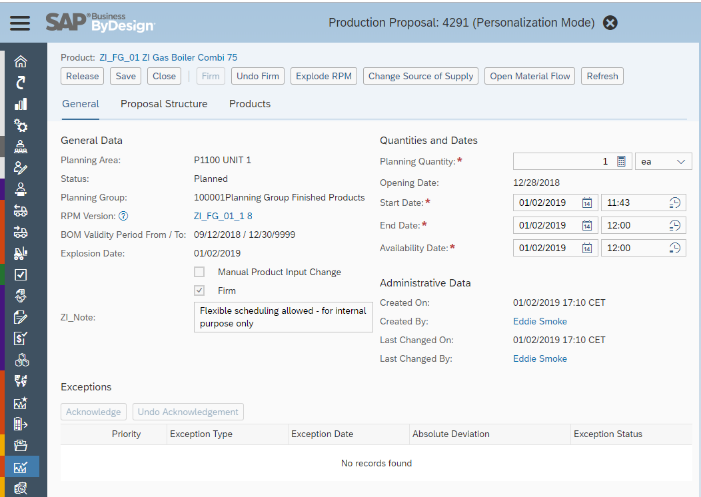