The profit center: the key reporting attribute in the service industry

Service companies are subdivided into many teams who are in charge of realized revenues and margins. In professional services companies, the lead for such an entity is very often a partner, while in the service industry it is the service manager. In SAP S/4HANA these teams should be represented by the profit center.

In addition, balance sheet KPIs – such as accrued and deferred revenue from revenue recognition and accounts receivables out of project billing and subsequent payment processes – are available at profit center level.

Outside S/4HANA Cloud, there are two options which companies use to achieve market segment reporting:

In order to provide a simplified and more transparent solution, we delivered the tool of flexible hierarchy based on profit center attributes, which are extensible by customers.

The market segments of a company are Line of Service, Industry and Region- see figure 1

Figure 2: Extensibility fields are maintained in the PC master data

We can now assign every profit center of the organization to

Here for example you can drilldown on the profitability of a region.

All released hierarchies can now be used in grid-based reports, for which the profit center is available as a dimension.
As an example, let´s have a look at the Project Profitability app, which provides an overview on all customer project related KPIs.
As a first step, we select Profit Center as a dimension. By right-clicking the profit center, we can select the hierarchy which we would like to include.

We select the hierarchy 1 with Line of Service -> Industry -> Region and get the report see figure 4. 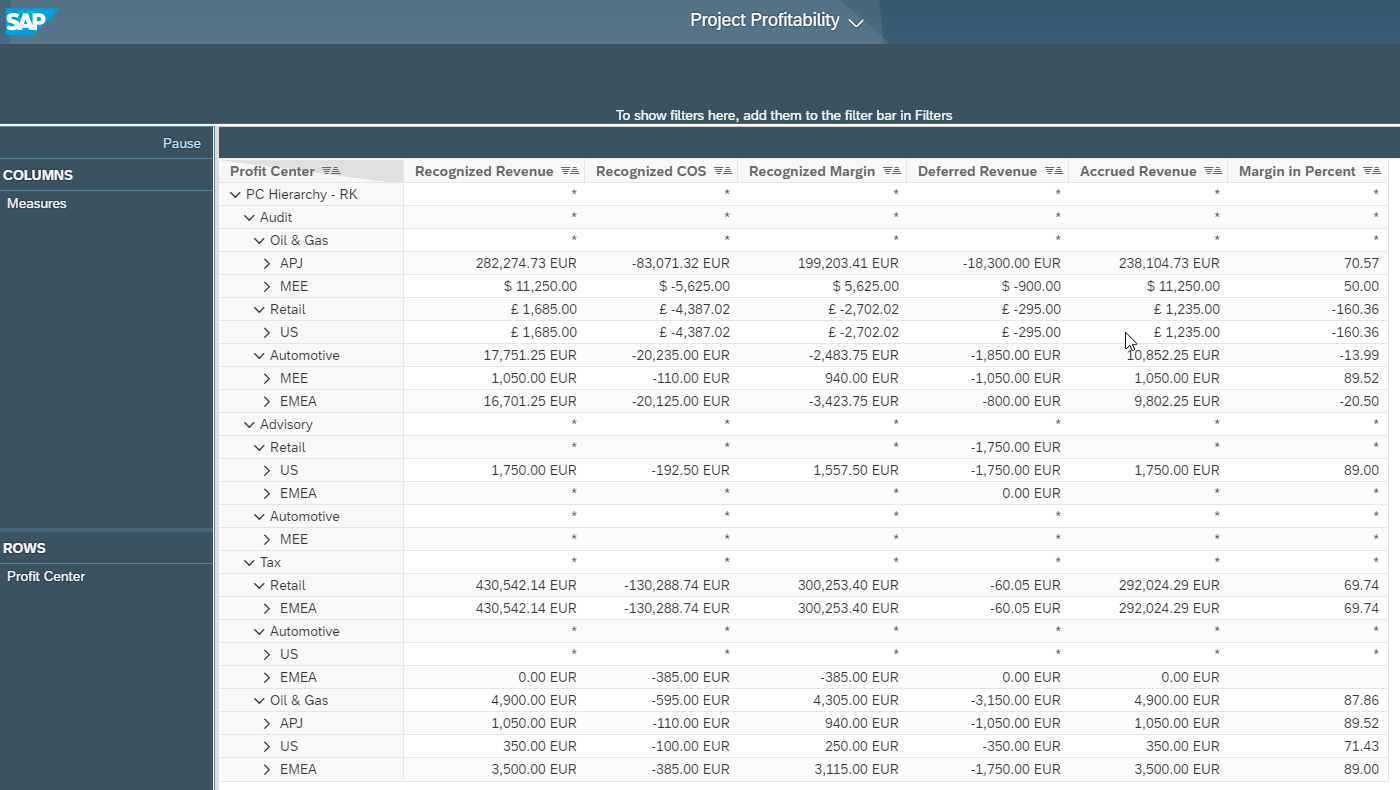 You can see that the hierarchy is built by the profit center attributes. This looks much more transparent than having here multiple profit center hierarchies. 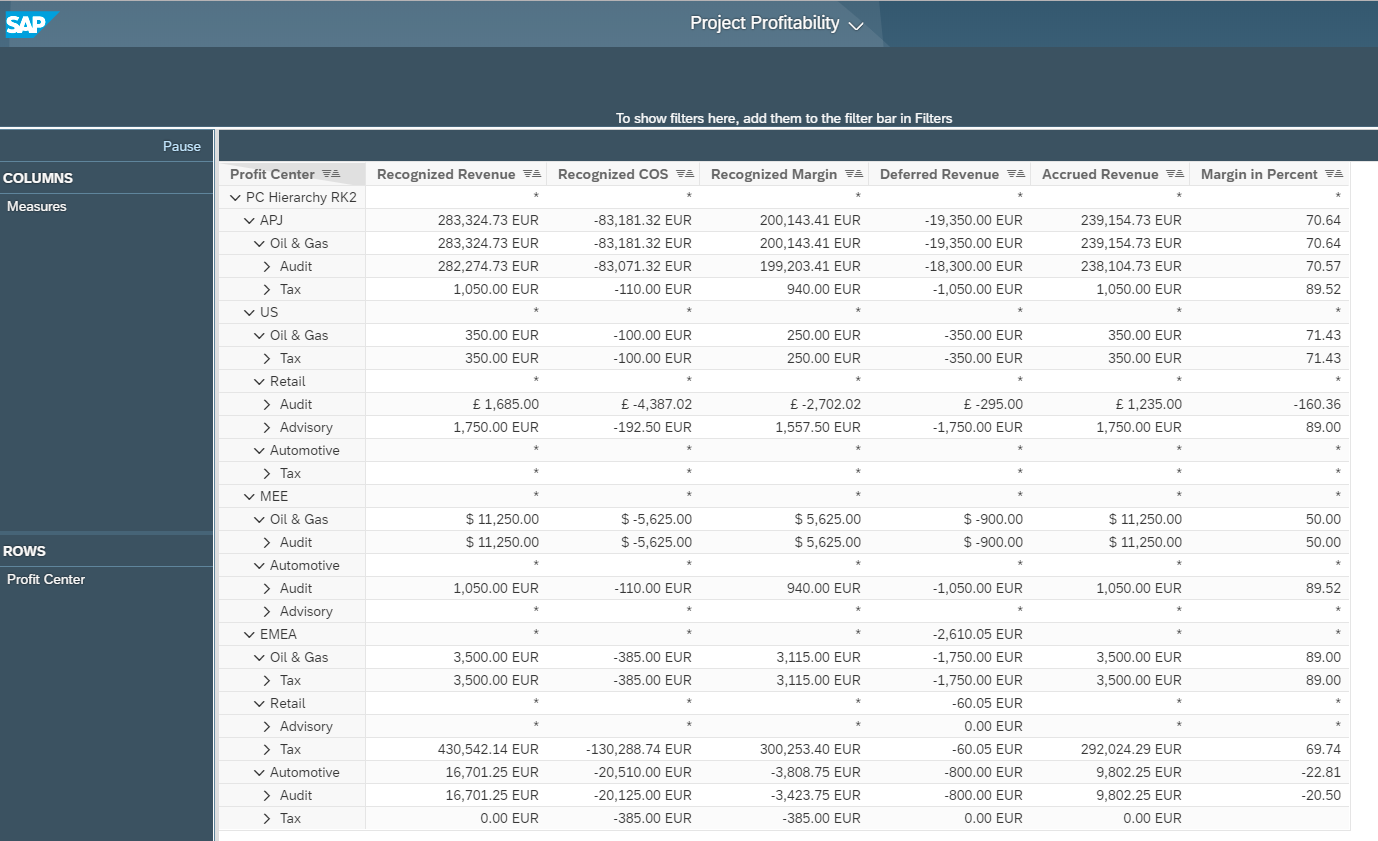 The hierarchy works for the Origin Profit center too, if the customer wants to see the margin not based on the responsible PC, but on the supporting PC – see blog 3.

We start with the Custom Fields and Logic app.

As a first step, we need to prepare the profit centers for the classification. For this, three custom fields are added to the profit center with the Profit Center Master Data business context: Region, Industry, Line of Service

In our example we provide for every attribute a code list for allowed values. 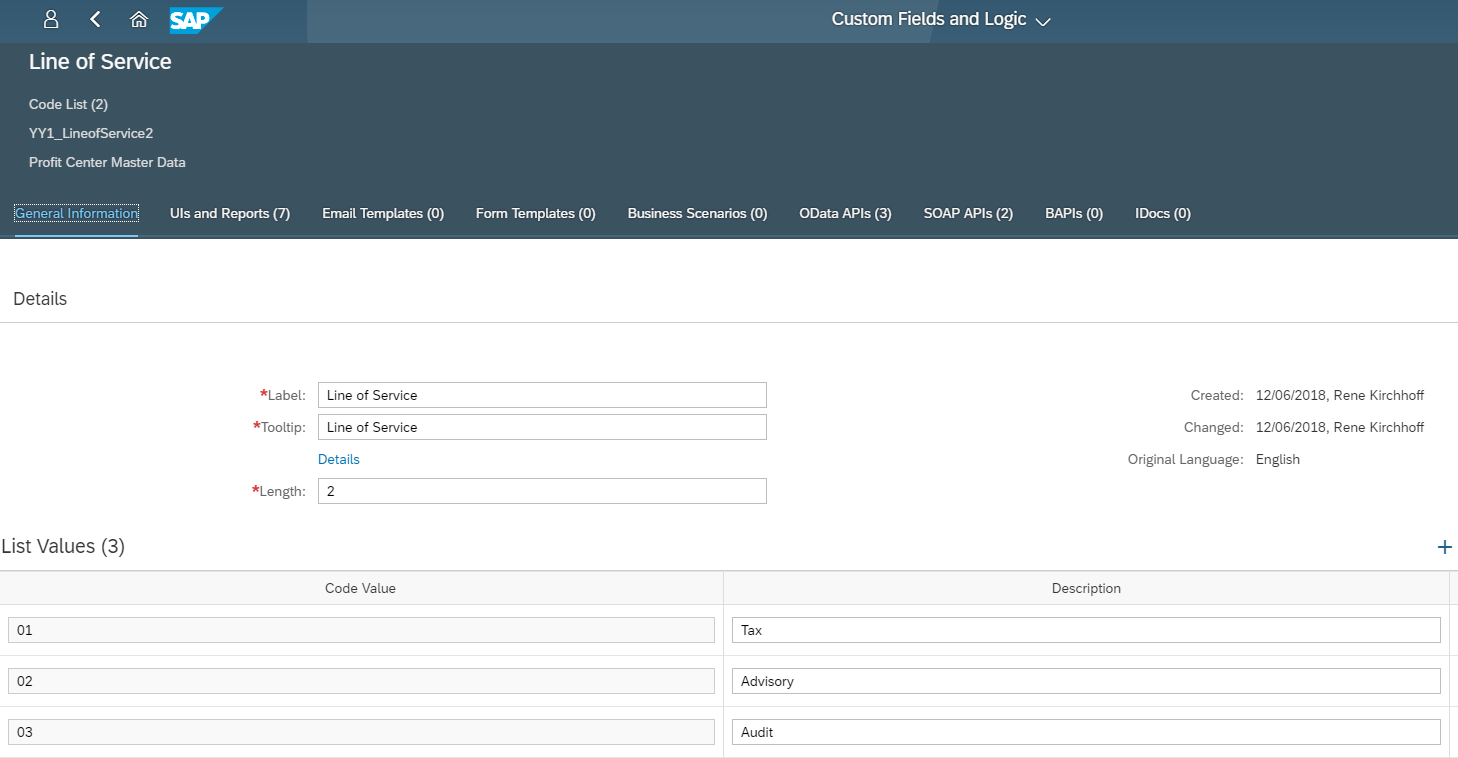 Figure 7: Usage of the extensibility fields – example for “Line of service”

The custom fields are now available in the profit center master data.

In the second step, the profit centers need to be classified by maintaining the attributes using the Manage Profit Centers app – see figure 2.

This manual procedure is relevant when creating a new profit center for which a value of a certain attribute is being defined. For initial creation of hierarchies of already existing profit centers, there is an option to assign the attributes in a simpler way – this is described in the next chapter. Under the Structure group, the profit center attributes are selected which are relevant for building this specific hierarchy. The sequence defines the level. Here our hierarchy 1 is defined:

The hierarchy is built up automatically based on the maintained values in the code list of the extensibility field. By switching to Preview mode, we already see how the hierarchy will look like: 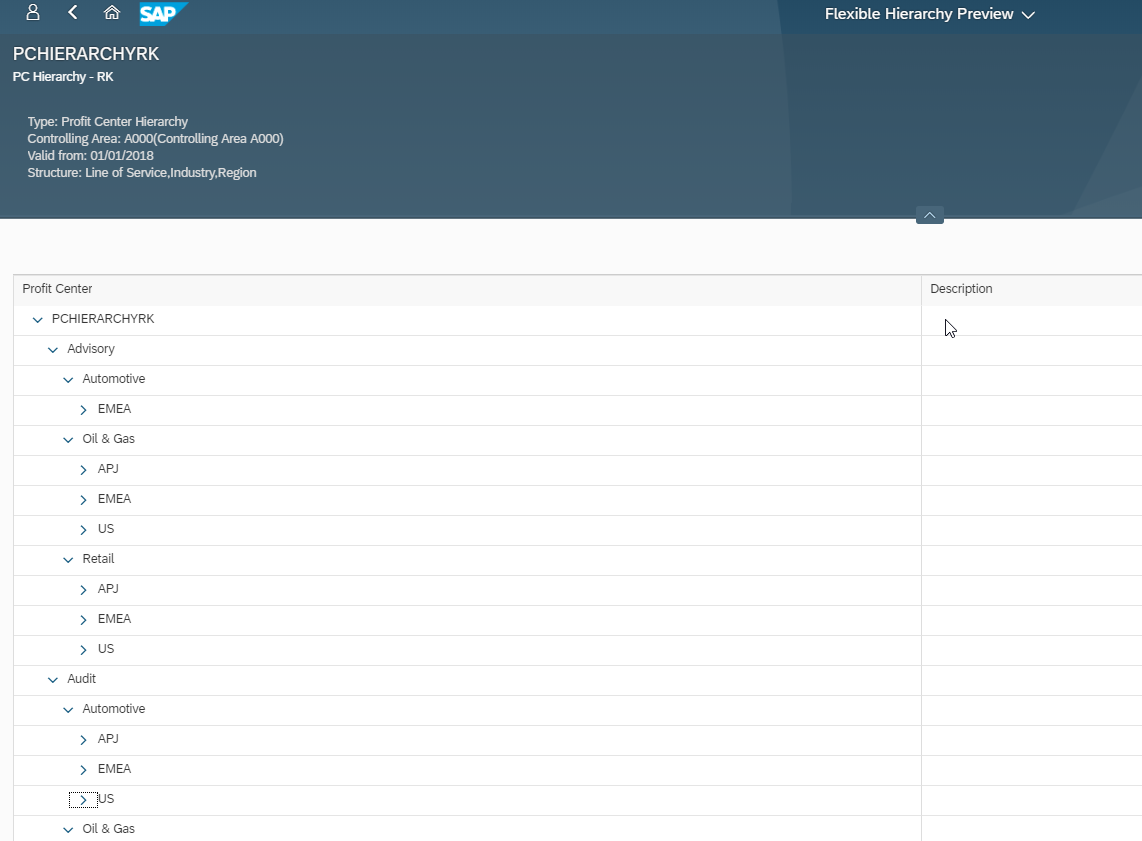 Figure 9: Preview of Hierarchy in the Edit Flexible Hierarchy app

If a different view is required, a second hierarchy can easily be built. Let´s stick to our hierarchy example 2: 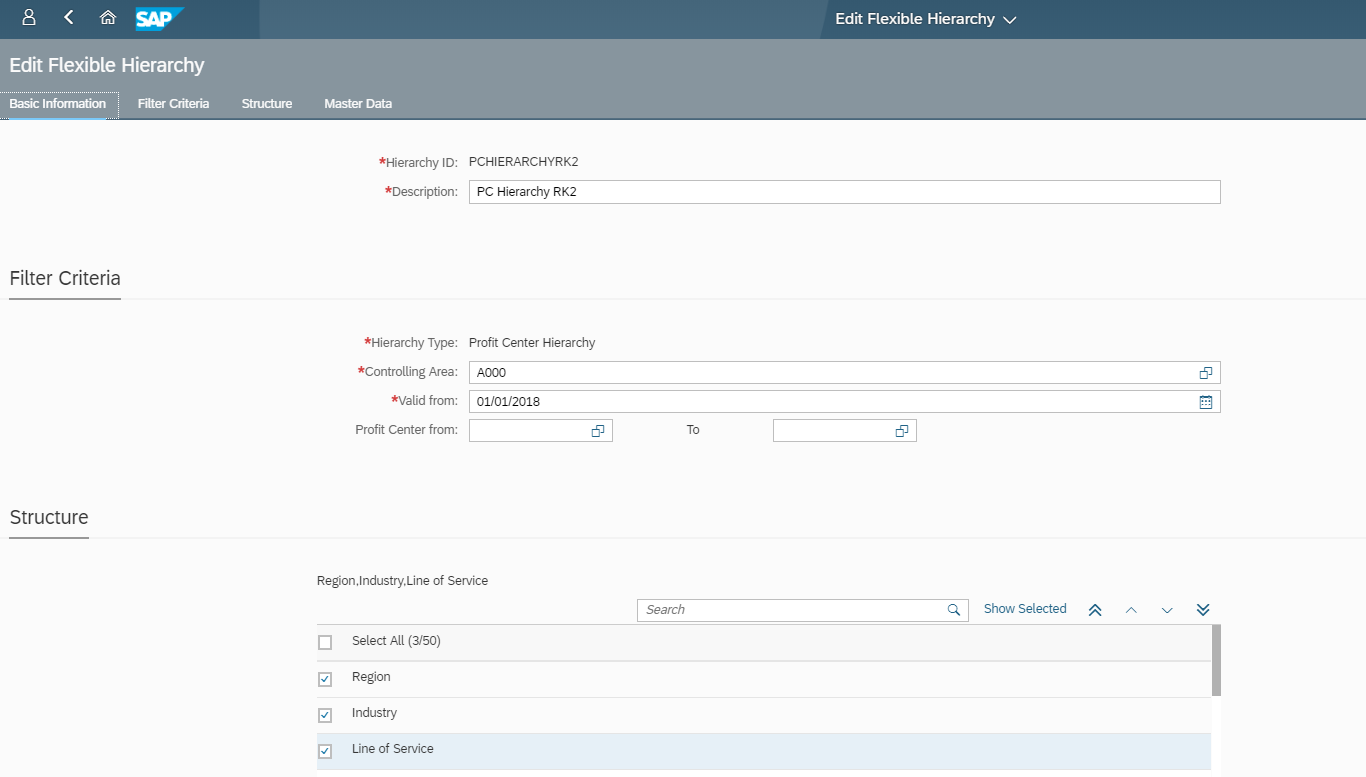 So instead of building a completely new static hierarchy, the new hierarchy can easily be built simply by selecting the profit center attributes in a different order.

Simplified maintenance of flexible hierarchies – for example handling of reorganizations

There is a very convenient way to maintain the profit center attributes – especially in the case of reorganizations which frequently occur in the service industry.

For example, what happens if the organization changes and two regions need to be merged in market segment reporting? In our example, the two regions EMEA and MEE are merged.

The flexible hierarchies offer the possibility not only to build the hierarchy itself, but also to easily (re-)assign the values of the profit center attributes.
This feature is provided in the Manage Flexible Hierarchies app in the Master Data section. By pressing Update Master Data, we can download the current master data of each profit center to an Excel spreadsheet:

The created file exposes a list of all profit centers with their actual values per attribute.

In this Excel, we can edit the values and automatically upload them afterwards.

Sticking to our scenario, to merge the two regions EMEA and MEE into EMEA, all profit centers with region 02 will get region 01. Figure 13 shows the adapted assignment:

We will now upload the new assignment and have a look at the new preview:

In the new hierarchy the MEE is gone and merged into EMEA.