Baby sleep is like the worst puzzle game ever. Every level is a randomly generated difficulty level and solution, and the longer it takes you to solve the level, the more tired and less functional you become. My new baby just turned four months old and I’m trying to figure out how the hell I did this nine years ago and returned to work after only six weeks.

With my first child, I had the government-protected six weeks of unpaid maternity leave under the United States Federal Family and Medical Leave Act (FMLA). My employer at the time did offer paid leave, but only to full-time employees who had been with the company for more than a year. This policy is common at many American employers and many of those same employers are now refusing to offer full-time hours to avoid providing such benefits. The terrible irony of the entire paid parental leave situation in the United States is that the most vulnerable of our citizens, those who live paycheck-to-paycheck, are those most typically subject to these exceptions to paid leave policies.

Fast-forward to 2019 and my “new baby” experience is completely different.  I just came back from four months of paid maternity leave because SAP chooses to offer paid time to bond with and care for my newborn. Many other new parents in this country are not so lucky.

While pregnant this time around, I discovered comedian Ali Wong. She has a couple of specials out on Netflix (“Baby Cobra” and “Hard Knock Wife”) that are both amazing, hilarious commentaries on the realities of becoming a new parent these days. In her second special, during her pregnancy with her second child, her mantra became “This is why women need maternity leave.”

“You get no 401K, no co-workers, you’re just in solitary confinement all day long with this human Tamagotchi that doesn’t have a reset button, so the stakes are extremely high. … In every other first-world country, Canada, France, Germany, women get up to three years off paid maternity leave. In the U.S. we get jack sh*t. There is zero federal policy for maternity leave. Maternity leave is not just to bond with the baby – f*ck the baby. Maternity leave is for new moms to hide and heal their demolished-a** bodies.”

Paid leave allowed me to bond with my daughter, care for myself, and breastfeed – the sole form of nutrition recommended by the World Health Organization for the first six months of a baby’s life. It’s allowed me to return to work as my whole self and not the emotional and physical wreck I was after handing off my six week old to a daycare provider and schlepping back into the office in 2009.

Meanwhile, my fiancé gets exactly zero paid leave from his employer, who, without naming names, let’s just say isn’t hurting for working capital. This same major global tech company puts money into causes that support opportunities in tech for women (i.e. Girls Who Code) but doesn’t guarantee paid leave for employees who have been with them full-time for the better part of a decade. What does this mean for our family?  It means the entire burden and joy of those early days – the late-night baby wrangling and the emotionally-critical bonding with our newborn – land squarely on me, whether I have paid leave or not.

Companies cannot claim to support opportunities for women if they do not simultaneously provide paid leave for both mothers and fathers. It puts a disproportionate burden of childrearing on working mothers. It robs working fathers of critical bonding time with their children. It reinforces outdated gender roles in the household and in the economy. Especially in a time when women are increasingly accepted as the primary breadwinners in their households (like mine), how are we going to continue to lay the entire burden of early childrearing on them too? What do we envision that men’s roles will be in the future family and economy if we do not afford them the opportunity to be a supportive father and partner? What about the wages lost during the immediate post-partum period that put women at a life-long disadvantage compared to their male counterparts? And I haven’t even scraped the surface of the complexities of same-gender parents’ rights and responsibilities!

If we are serious about gender equality in the workplace, we must acknowledge the challenges that new parents face and do what we can to ensure that the women in our workforce have the support they need to care for their families, themselves, and to go back to work as their whole selves. This isn’t just a benefit to the individual parents but, like flex work arrangements, creates a less distressed and more productive workforce. In a time of increased violence in schools, this act of support for families may also create a more emotionally and physically healthy generation of future citizens by strengthening family ties with both parents.

For now though, I’m still channeling Ali Wong: “I don’t want to lean in. I want to lie down.”  Sheryl Sandberg, eat your heart out. 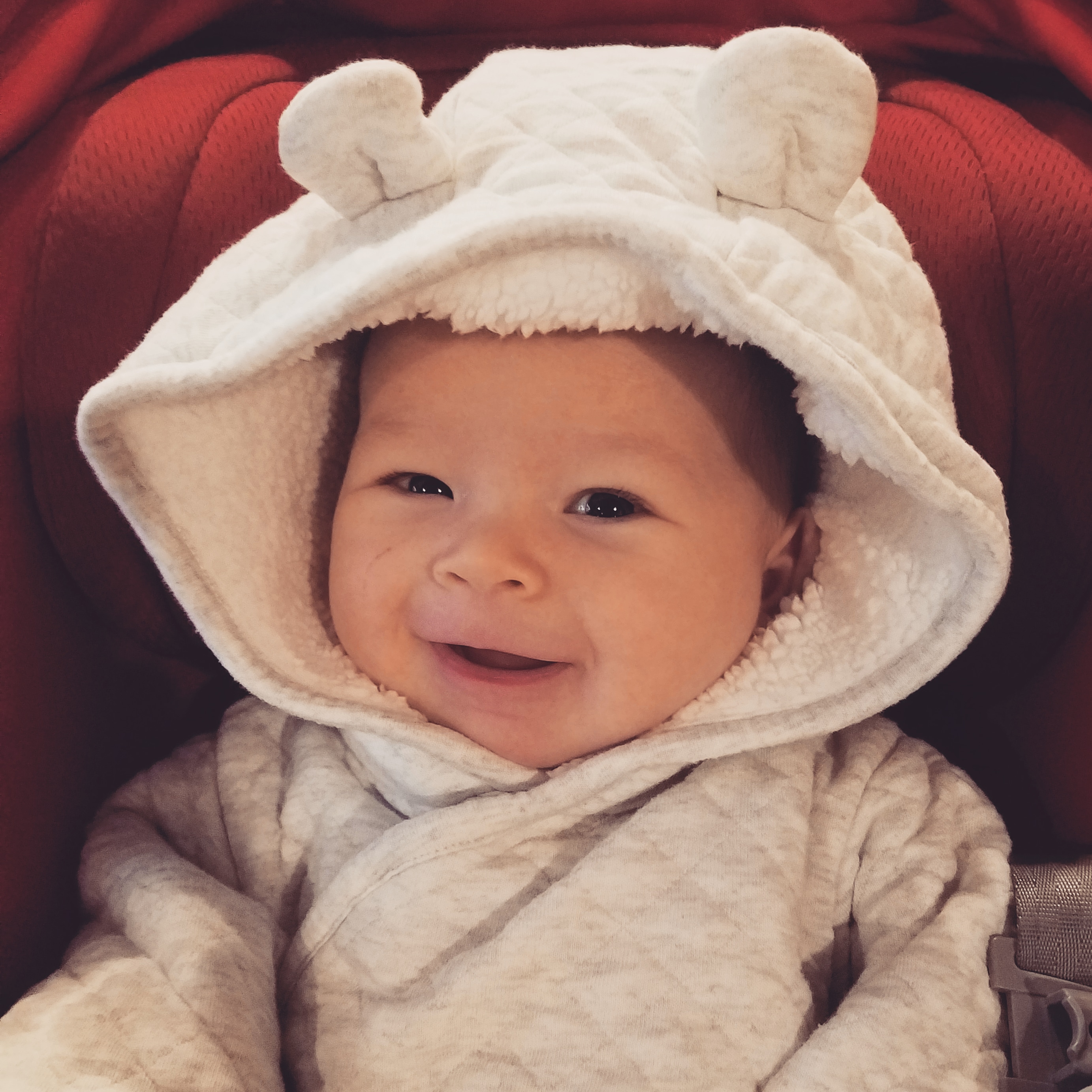 Hopefully you get some rest soon; love the picture and the name, Charlotte Rose.  Congratulations

Thanks Tammy! Glad to be back 🙂

After both of my sons, lo these many years ago, I was 'fortunate' to have had C-sections, which allowed me to have 12 weeks of paid sick leave - and this was progressive back then.   Their father didn't get anything except the ability to take vacation.

Time for a change.

Isn't it ironic that men's roles in the birth of their children would be considered "vacation"? It's a bit like when people say "aww, dad's babysitting" when he's home with the kids and mom is out. Uh, no, he's parenting. Let's give the men some credit here.