It is now possible to transport success, information, warning, and error messages for the end user in success and error responses from the OData server to the UI5 client. Messages transported via an OData V4 service response are parsed and reported to the message model. Applications can retrieve the messages and display them in a suitable control, for example in sap.m.MessageView.

As a consequence of the message implementation, we also had to adapt the handling of paths. With the underlying concept, it makes a difference whether data is accessed with the “deep path” or a shorter path. The “deep path” is the path starting from the root business object to the entity at hand using navigation properties. To this end it must be possible for an application to consequently use deep paths.

For the calculation of the path for reading data, relative bindings use the path of the context ‘as is’ as of SAPUI5 1.61 instead of the canonical path computed from the context. Similarly, the creation of new entities now uses the deep path.

Improvements when working with update groups with submit mode Auto (1.60 and 1.61)

The patchSent and patchCompleted events have been introduced so that applications can react to the sending and processing of PATCH requests. Both events are fired by ODataContextBinding and ODataListBinding, if they send their own service request:

When saving changes performed by the user directly with an update group with submit mode Auto, it is typically not intended to block the UI for every PATCH request that is sent to the server. To avoid updating the fields on the UI with the entity data sent back in the PATCH response, binding parameter $$patchWithoutSideEffects was introduced for ODataContextBindings. See also ODataModel.bindContext in the SAPUI5 Developer Guide. Note that this feature should be used only if the service returns an ETag header even for “204 No Content” responses (for example, if the “return=minimal” preference is used).

In addition, we introduced sap.ui.model.odata.v4.Context.requestSideEffects with SAPUI5 1.61. This method can be used to specifically reload properties that are known to change in the backend if another property is patched. For example, after entering the ZIP code, the city may be filled accordingly. The method must only be called on the bound context of a context binding, or on the return value context of an operation binding. With SAPUI5 1.61, there is only basic support for :n navigations, that is, the complete context is refreshed. As part of this development, we also enabled sap.ui.model.odata.v4.Context.refresh for contexts of context bindings.

As of SAPUI5 1.58, we synchronize the entity returned by a bound operation to the binding parameter if the criteria for the return value context are fulfilled, see sap.ui.model.odata.v4.ODataContextBinding.execute, and if the same entity was returned.

Also as of SAPUI 1.60, it is possible to call sap.ui.model.odata.v4.ODataListBinding.create without specifying initial values and bind the transient context. Properties that are not part of the initial data show the default value from the service metadata on the UI. These default values are not sent to the server with the POST request to create the new entity.

We introduced an automatic refresh of a created entity after the successful POST to the server with SAPUI5 1.54. This automatic refresh can be switched off as of SAPUI5 1.60 using parameter bSkipRefresh of sap.ui.model.odata.v4.ODataListBinding.create. 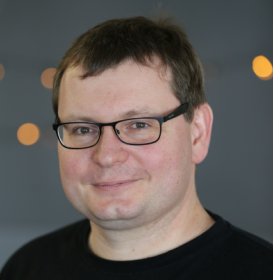