3-Way Merge is a capability that allows developers to manually resolve conflicts when the automated merge cannot make a determination.

With a three-way merge, you can compare two files against the original copy (before they changed). For example, if you removed the first line of a file, and your friend added the last line, a merged version will be created containing both changes.

We recently added the 3-way-merge to our basic core feature set to enable developers to resolve Git conflicts within the IDE, thus increasing productivity.

SAP Web IDE comes with a simple and intuitive graphical comparison tool, where you can make changes directly.

Here are some of the features you can experience when using Git compare in SAP Web IDE: 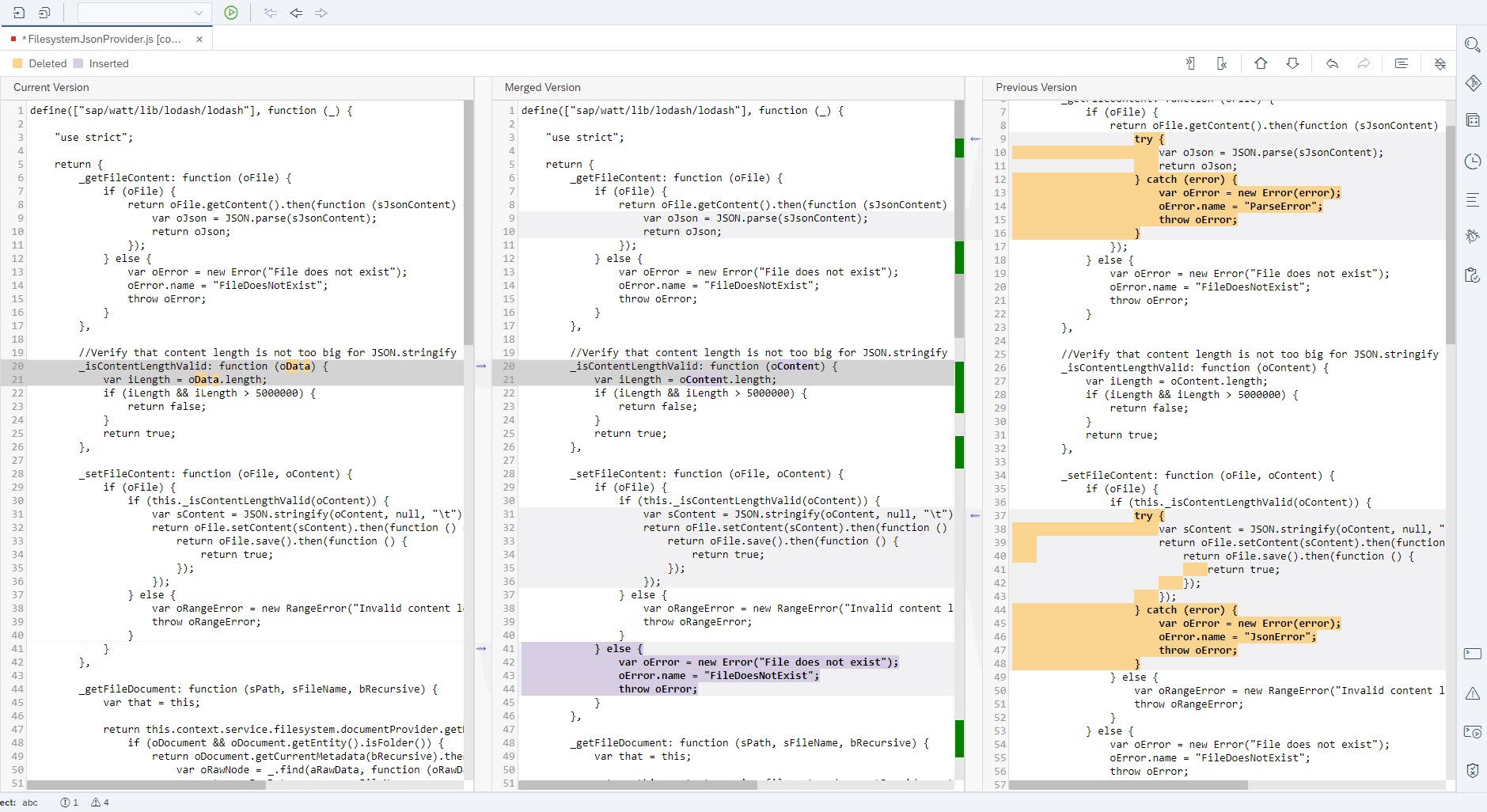 Let’s have a look at how to resolve conflicts using the 3-Way Merge tool with SAP Web IDE.

We edited the file.js file in the same places in both the master and the feature branches. This will create a conflicting change that Git cannot resolve on its own.
We want to incorporate the changes done in the feature branch to the master branch.
To do so, we need to rebase.

We have fixed the conflicts and are now ready to continue with the rebase process.

The new compare editor is available for “2-way compare” as well.

To compare, double-click on a modified file (*) in the staging table, or right-click on the file and select Compare.

I invite you to start using this in your development flow. 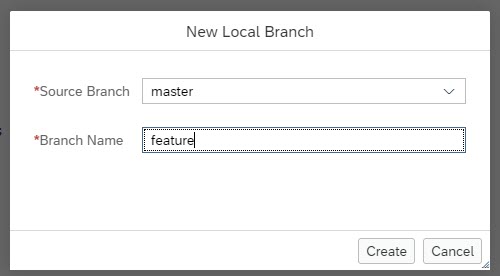 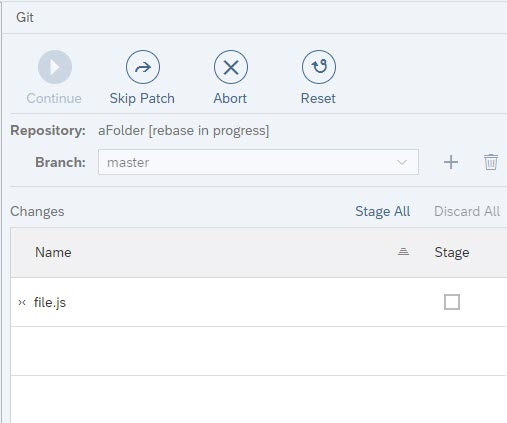 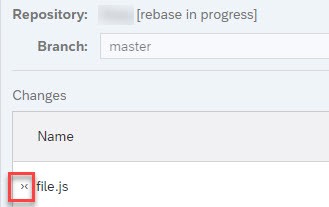 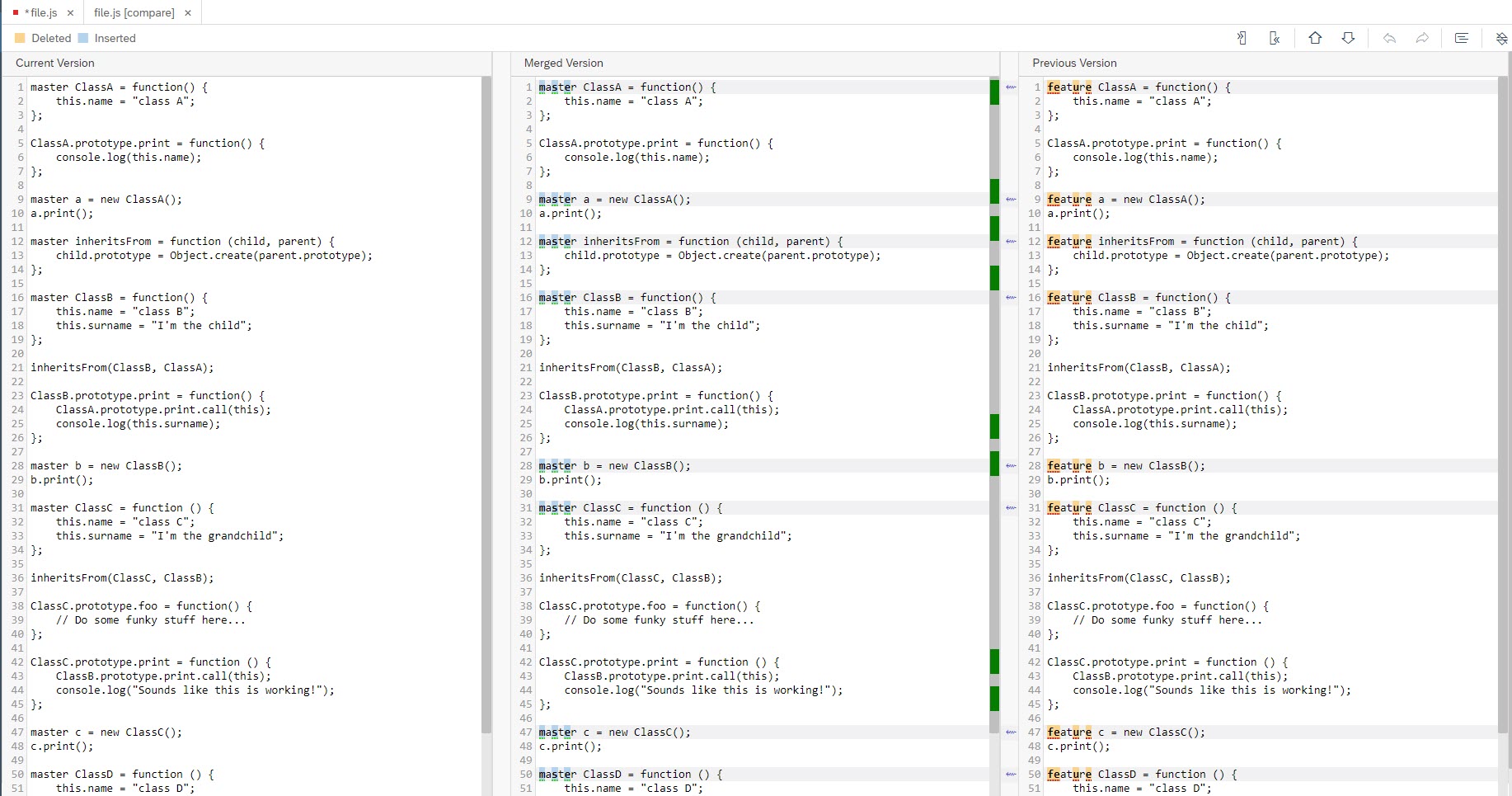 Thank you for the detailed post. It was very helpful while resolving conflicts on the Git