This document will provide the technics to Minimize the down time during the update/upgrade of a BOBJ system specially on Complex deployments.

Update/Upgrading to BIPS 4.2 from lower versions is a time consuming process especially when the BOBJ system is configured with complex deployment options and when there are add-on components like Lumira.

Adding to down time There are many misconceptions on how to update existing system with lower version to reach BIPS 4.2, This document will explain the misconceptions, update rules and will provide the down time minimizing technics.

There are misconceptions which leading customers to go for Full installation to update their BOBJ system version instead of using update procedures.

Full install is needed to save disk space which is not entirely true.  As with update option also we can easily uninstall Older Support Packs and Patches. However, older ‘add-ons’, cannot be uninstalled.

Full install is needed for new features (not true)

– Against an existing repository (not true)

– Alternative is a new repository and migrate content at huge cost

All software on a machine must be the same version, no mismatched client-server versions. 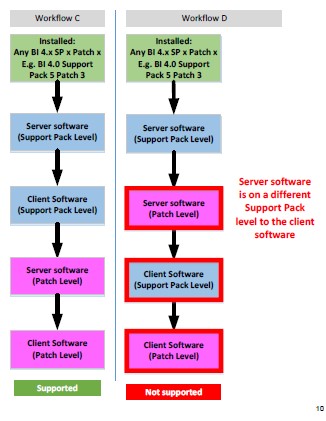 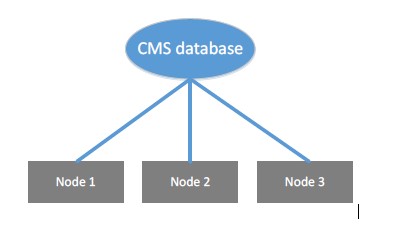 point it to an old repository 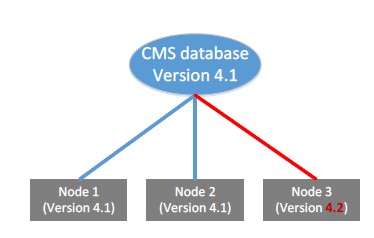 In both the cases CMS servers should be update first and then non CMS Servers. after that Add-ons must be installed separately.

– One server after another 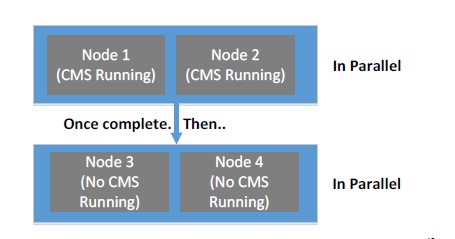 When we are working on complex deployed systems where we have multiple Application servers in cluster and add-ons Like Lumira installed as shown below. 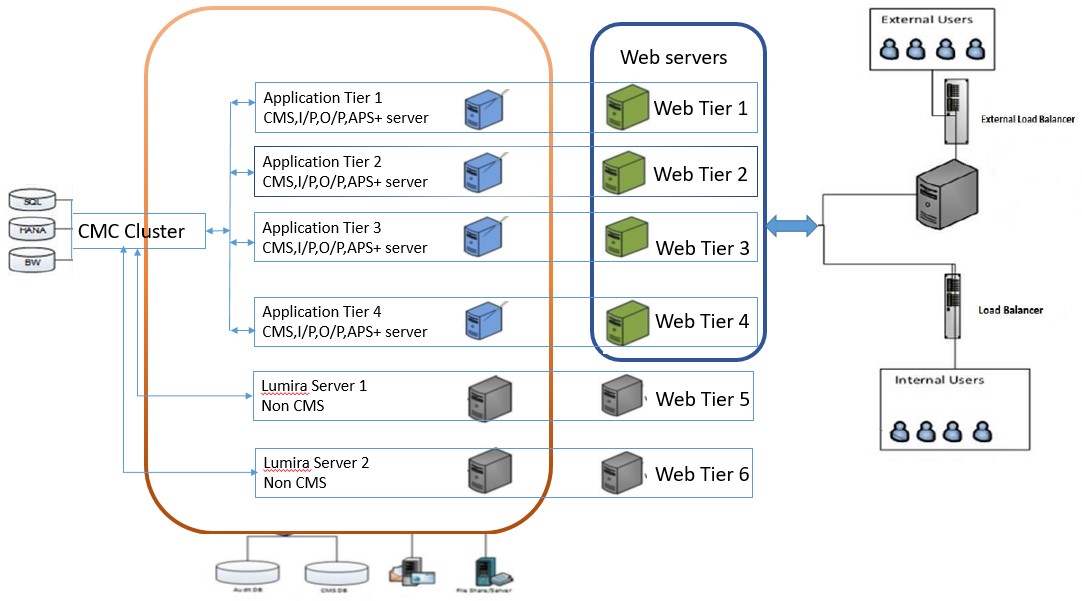 To overcome the time consuming updates in complex deployments, SAP come up with below 4 technics to minimize the down time as much as possible.

Combined Installer software package Will be shipped on the discretion of SAP depending on the complexity of the customer deployment. Currently available on-demand and Customer needs to request via raising OSS incident to the following component “BI-BIP-INS”.

Note:- In Future SAP planning to provide an “ALL-in-ONE” package.

For the System Explained Above, with Combined Installer Number of installations will reduced to 10 (6 BIPS + 4 Lumira) from 16 times as Explained below.

In total we need to run Installer for 16 Times.

In total we need to run Installer for 10 Times.

Patch or update the host machines in the distributed or clustered deployments in the following order:

As explained in above Instructions with Parallel Installation we can Update all servers in Parallel at time, once for BIPS and second time for Lumira. But as we discussed in Update rules we cannot run installer at a time in all CMS and NON CMS servers.  To over cone this, Create New CMS service at CMC and start it. After update we can remove the newly created CMS from CMC.

For the servers that do not have a CMS service

– Run the update in parallel on all servers

– Stop CMS and delete it (within CMC)

With Out Creating CMS. 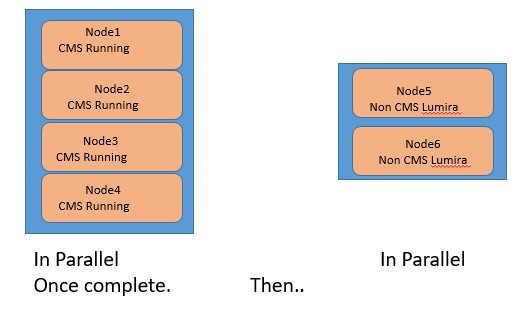 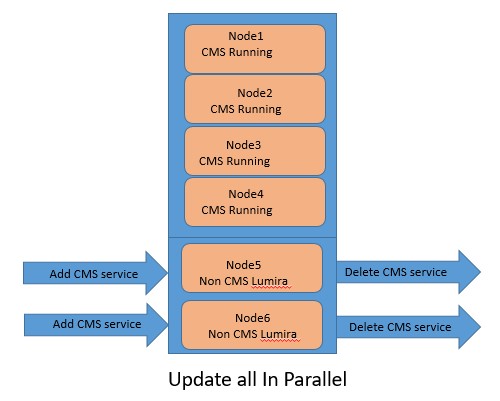 IMPORTANT: READ THIS SECTION ONLY IF YOU ARE UPDATING  FROM  4.0/4.1/4.2  TO  4.2 SP02+ or above :
Starting BI 4.2 SP02 there has been a New License Key Requirement when updating from BI4.0/BI4.1 , which invalidates your license on first CMS update.
This is known to cause issues with Parallel update on CLUSTERED environments due to older license key getting invalidated (as stated in the above blog link).
As such it is very important to follow below additional steps when updating in this scenario: 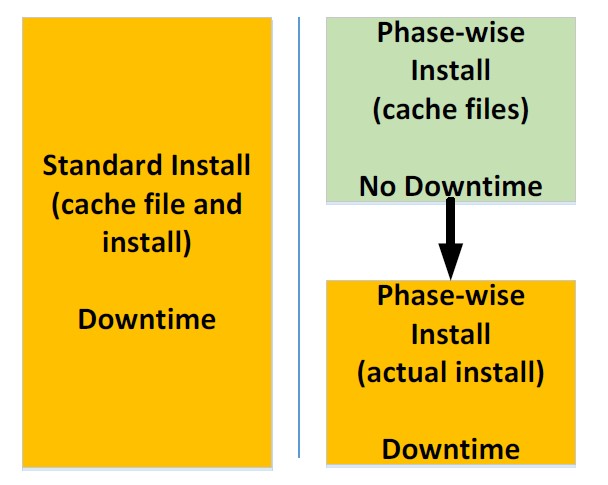 For Windows Servers after Launching Installer GUI we can select Phase wise Installation as shown below. 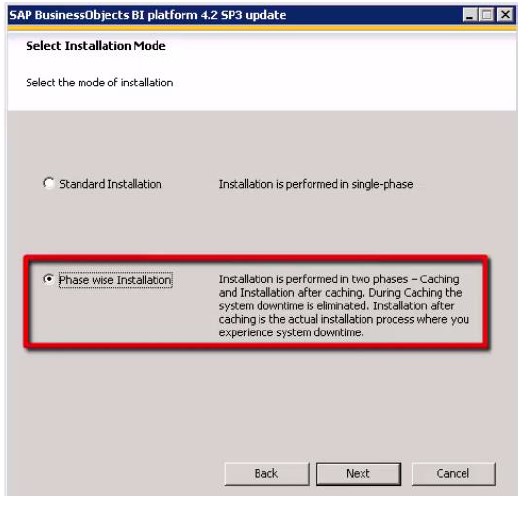 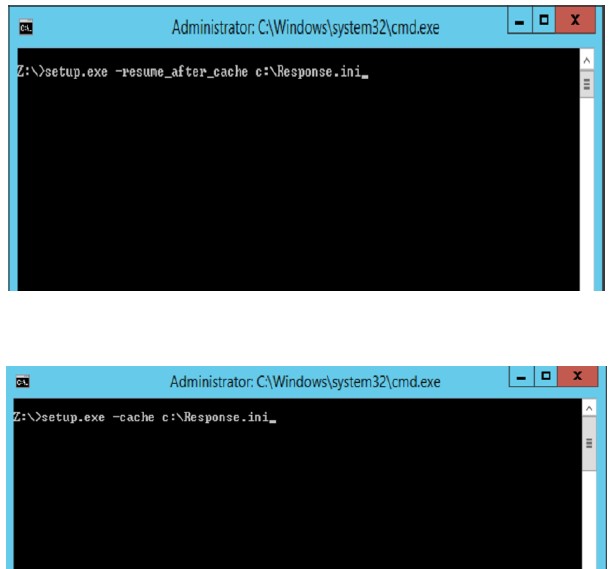 For the Complex Deployed System we are taking as reference, with Combined Installer + Parallel Installation + Phase Wise Installation we can further reduce down time required.

Web apps will be uninstalled and deployed for every installer run as explained below, which is time consuming operation. When we have add-ons like Lumira, Deploy Web Apps just once at Final run of installer to save downtime.

After each and every install

We can select “Deploy Web Application Later” option as shown below for initial runs of the installer. 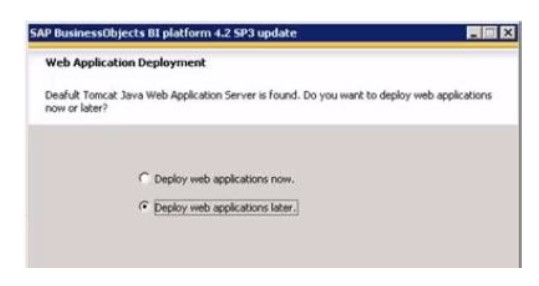 By following the above 4 Technics along with Update rules, we can minimize down time at measurable extent.

Good & detailed one Raju. Thanks for sharing!

Brilliant article Raju. Its really detailed and brings together all the best practices minimizing downtime.   Just want to add that ONE Installer is already available starting BI 4.2 SP06 onwards. where every SP or Patch installer released after this point is one installer [ie. installer is cumulative and same installer can be used for either update or full install ).

Excellent article Raju. This arcticle helped me to review my understanding on BOBJ concepts. Thank you for sharing the article.

Thanks Raju. Did not get the point about Lumira patching, is it possible to patch Lumira in parallel? Follow rules for BI parallel patching maybe?

suppressed reboot is not related to phase-wise installation - it is a remnant of previous installs on the system.