In this blog I would like to share my views on an error in “PREP_EXTENSION/EHP_INCLUSION” phase in Configuration while working on SUM for converting EHP to S/4Hana.

Error due to mismatch of component version maintained in the source system.

(SAP Note 2531823 describes how to uninstall the component version from the system.) 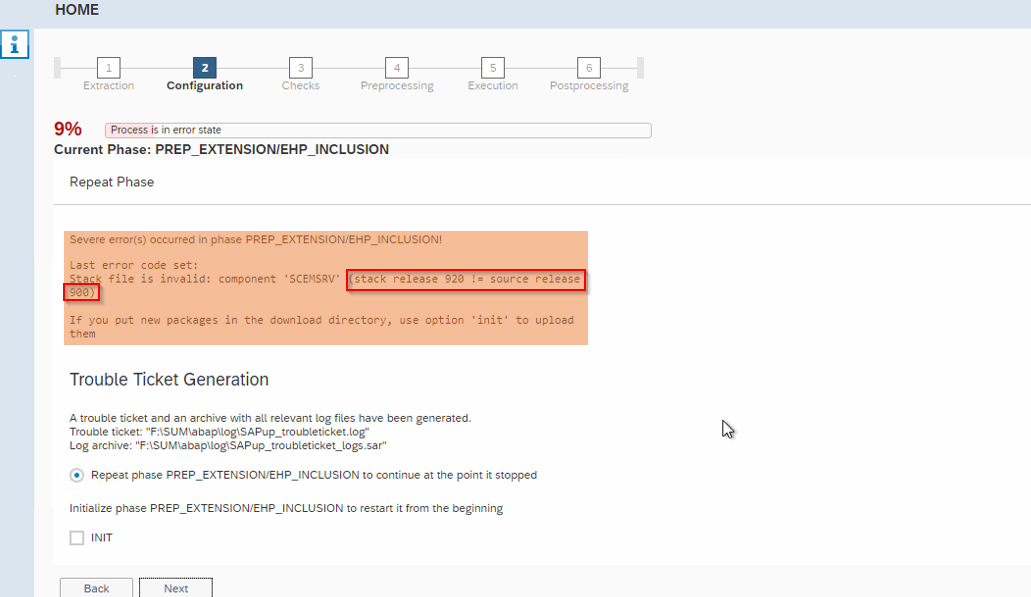 As in a general conclusion, it describes the stack file generated is not equivalent to the source release in system.

However, the system status display’s that both the stack file and component version in the system are different, which is why error displayed (as shown above).

Now both the numbers of component version for “SCEMSRV” looks different, so now we tried to edit the stack file with correct component details and re executed the configuration phase at point where it has been stopped.

By changing the stack file with correct component version resolved the error.

Addition / Modifications to this blog are highly appreciated.

Hi Sai Kumar Dudala,
SAP does not recommend to edit the stack.xml file. Instead, the reason for such incompatibilities should be checked, and solved.
First it should be checked if the latest system information have been replicated to the Maintenance Planner. In addition, a possible approach to fix inconsistencies is "Correction of Installed Software Information" (CISI) as described in the SUM guide.
Regards, Boris Rubarth, SAP
(Product Manager, Software Update Manager)

Thanks for sharing your comments.