Making Sense of Scoring, Odds, and Sports Betting in Football

If you listen to sports talk radio, you’ve probably listened to heated debates around the rise in scoring in football.  After the epic LA Rams vs. KC Chiefs Monday Night Shooutout, many wondered if this was the new normal around the NFL.  While these discussions are a good source of entertainment, many tend to be very subjective with very little-to-no data to support their arguments.  As a data geek and in an attempt to demystify this, I thought that I would do my own analytics to see what trends I could find.

Sports Has a Data Issue

As I’ve written in the past, like most organizations, sports is not immune to data issues. Sports data sets tend to be siloed and aggregated, have inconsistent timelines, loaded with master data issues and are full of many-to-many joins – to name a few.  Getting a full picture of the NFL was more difficult than I had original thought.  For you data geeks, here’s what I did…

Is Scoring up in the NFL? By how much? 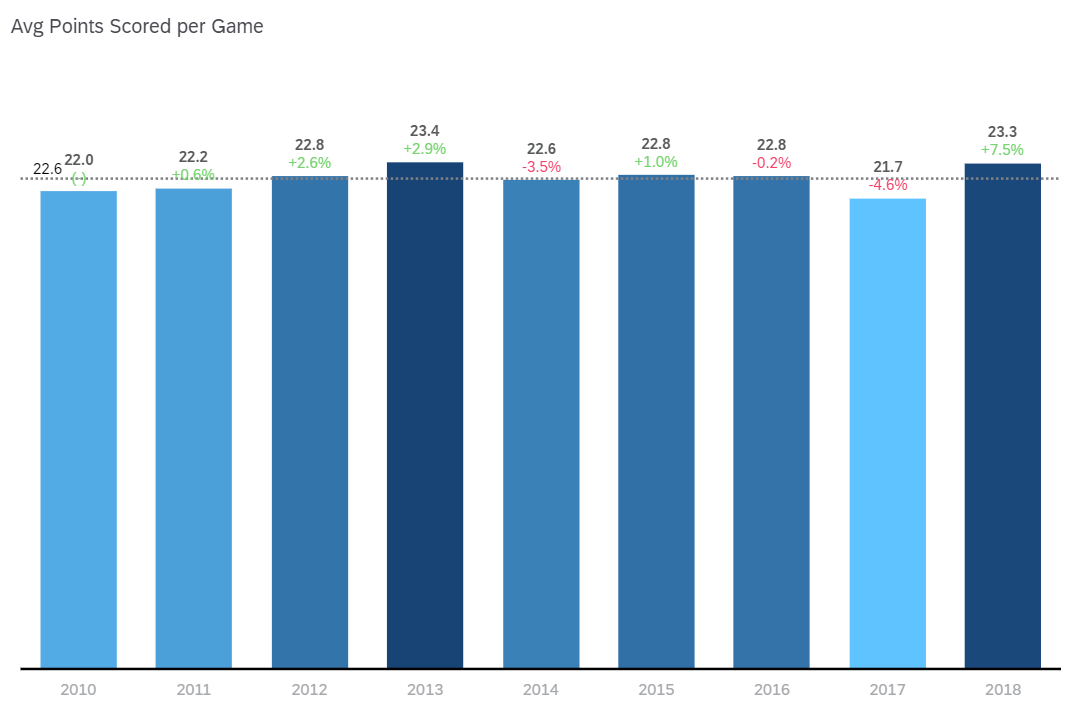 Are Specific Teams Bringing Up or Bringing Down This Average?

If we drill down to the individual teams, you can easily see the gap in scoring.  Through the colors, you see the increase in scoring as you move from top left to bottom right.  As an example, the New England averages almost 30 points per game this decade whereas Cleveland has averaged just over 17.  You can also see that many of the high scoring teams have always been high scoring and vice-versa. 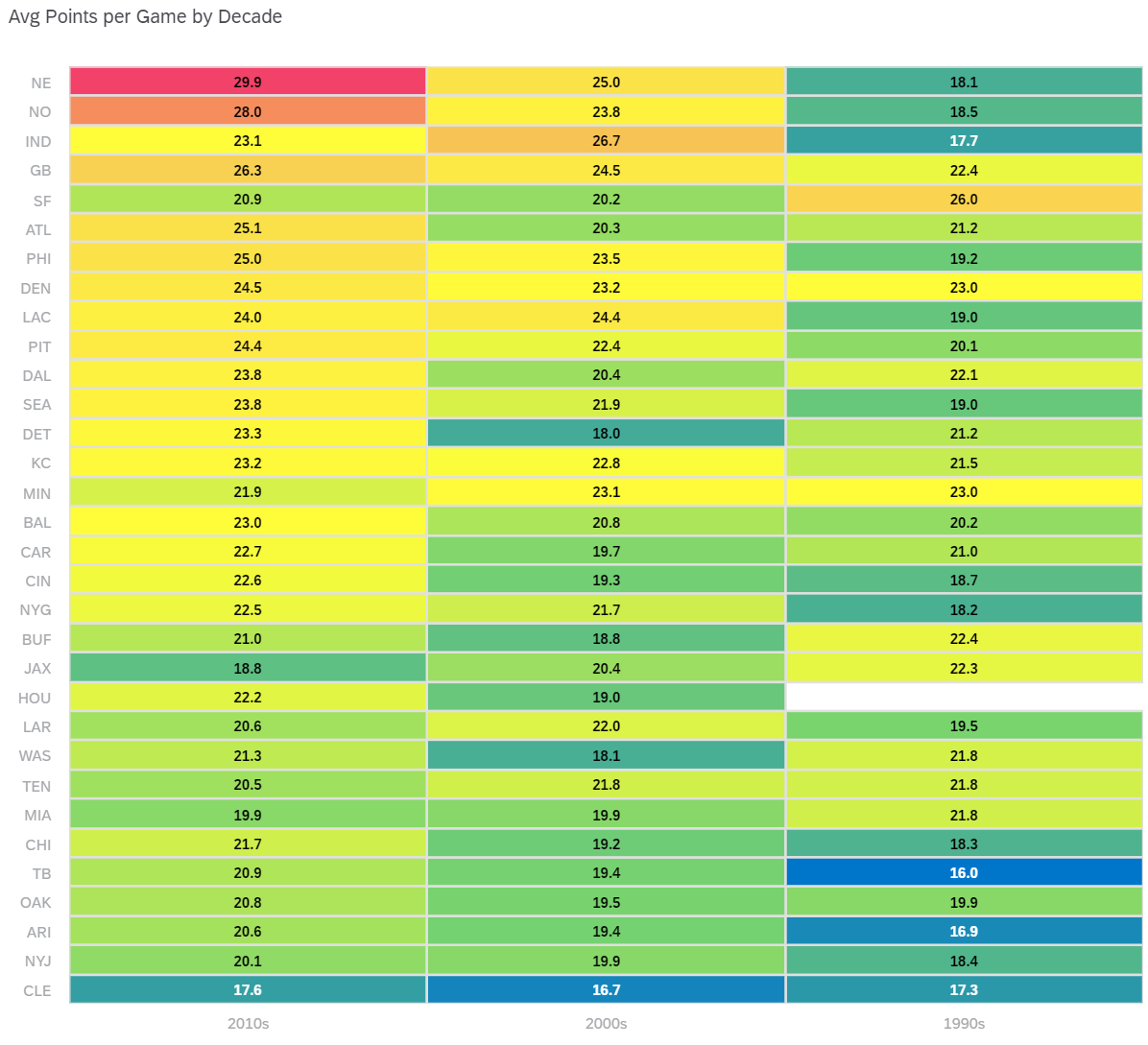 If you isolate specific teams over the past decade, you can see that the top 5 highest scoring teams are all 10% higher than the league average. While the bottom scoring teams are all 10% lower than the league average. 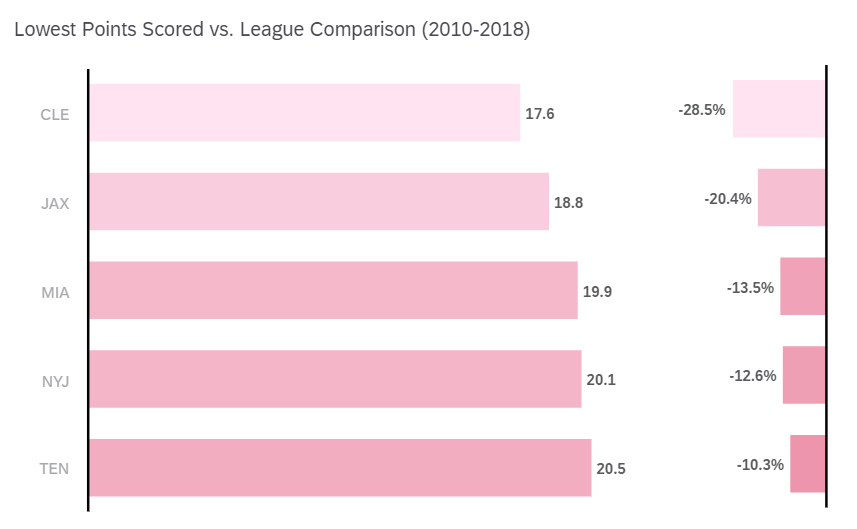 The two visuals below show every team across every year and it compares points scored vs. wins (left) and points against vs. wins (right) – both are colored on whether the team won the Super Bowl that year.  In general, you can see the following:

* The teams that win more, give up fewer points.

* The teams that win the super bowl all have above average offenses and defenses. 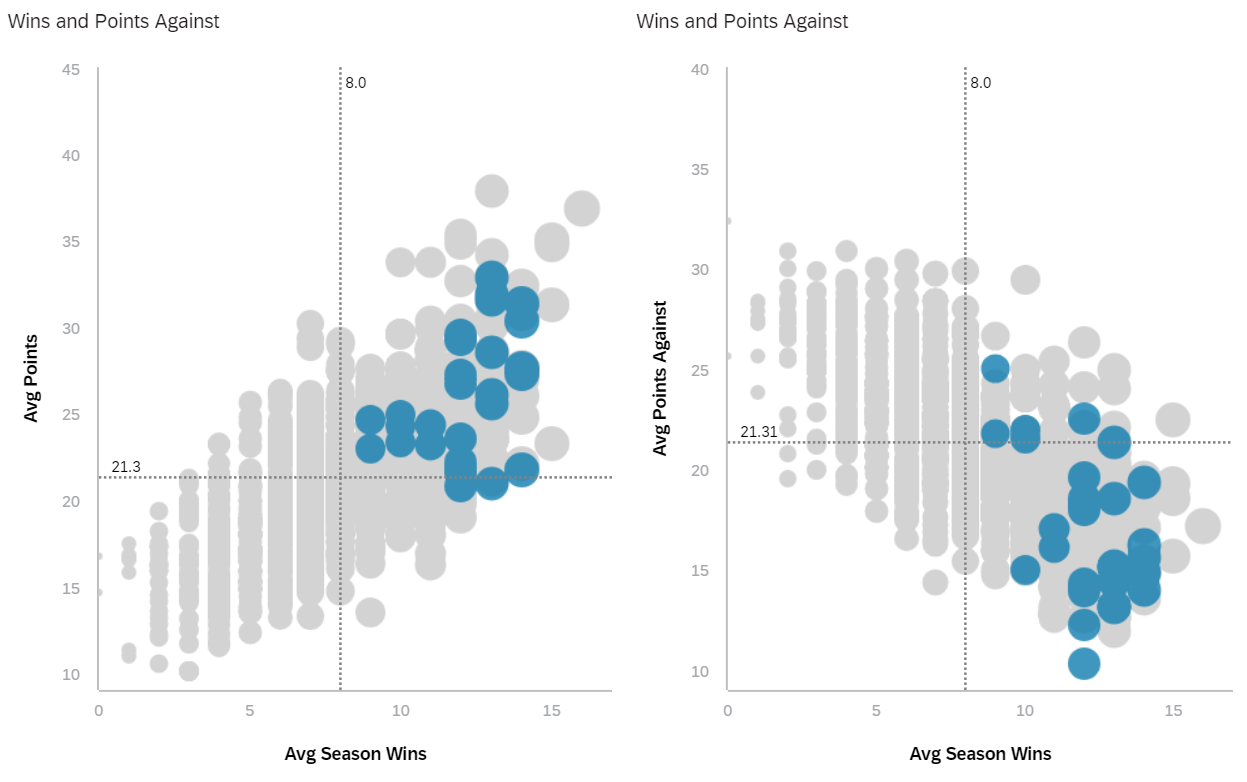 How Does All Of This Affect Gambling Lines?

The following visual shows the total points scored per game and the average over/under by game.  You can see that this O/U line closely matches the actual results of the games.

If you look at the number of times that the O/U was bet, you can see that it’s been a coin flip over the past 30 years. 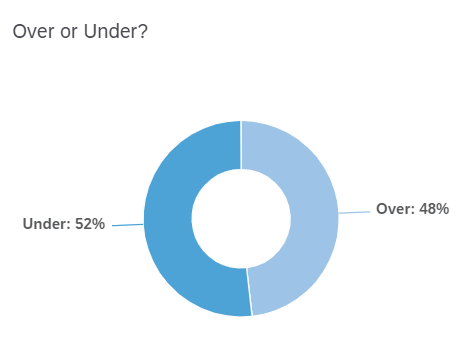 If you look at this on a yearly basis, you can see that it gets more accurate each year – which no large fluctuations from year to year.

Where Are the Gems?

Like all things analytics, there are always a few good outliers.  Over the past 10 years, some home teams are more notorious for covering or not covering the O/U.  For example, it’s wise to bet the “under” on KC at home.  And Indianapolis is an “under” at home, but an “over” on the road. What Does All Of This Mean?

While I was able to very easily ask and answer lots of questions in the data, my answers were not very eye-opening. Here’s what I found:

Just like in your organization, data is everywhere. However, the true analytics is very often left to too few. This is another fun example of how analytics can be applied to help understand what drives around scoring in the NFL.

Want a demo? Use the comments below to get in touch and I’d be happy to share more details.

I don't know about that, thanks

Wow! Your article is amazing. It's really informative. I'm such a data geek as you are, but I really like to discover sports and I really like to read different thoughts. Some of them I'm writing on https://alin.or.ke/ and some  - in my sports journal.
Jason, wish you all the best.