The Plan Visualizer or PlanViz tool in SAP HANA is the primary tool to understand query runtime performance.

Steps to Analyze the planViz:

2) Now from Hana Studio, execute the CDS view on which you want to check the performance.

3) After sucessfully executed the CDS view in Hana Studio, deactivate the Trace that was enabled before. 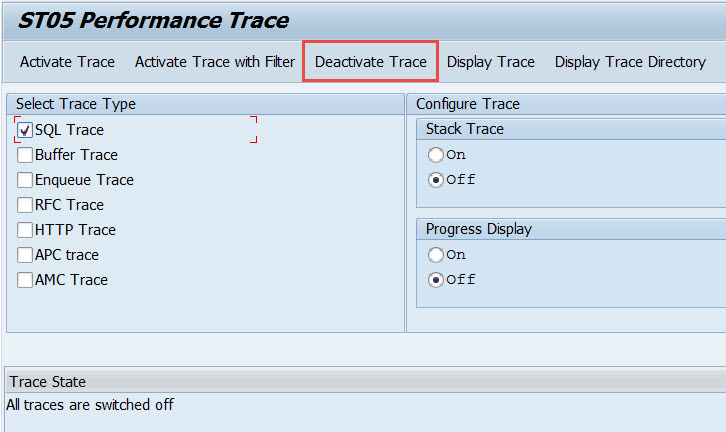 5) Now select the row which the statement is reading from CDS view.

7) Save the  file with extension .plv 9) In the overwiew, you can also check the information in the different tabs Timeline ,Operator List, Table used , Performance trace , Network to find more information about the execution.

The network traffic in PlanViz gives you the inter-node data transfer during query execution.

Things like large joins of tables that are located on different nodes require data transfer between those nodes. And this this takes more time to perform the same operation in main memory on a single node, you will see longer execution times for such queries on multi-node systems.

Mapping the Information Model to PlanViz

To get to an understanding of what is happening in PlanViz, it is usually a good  idea to map the single operations of the information model to the PlanViz output.

You can click on the ‘Executed Plan’ to go to the details of the execution. You can drill down in detail to see the execution steps.

You Can see the filter conditions applied on the table.

In the PlanViz display, data flows from bottom to top. That is, our query result is at the top of the view and the actual data retrieval from database tables is at the bottom. The plan operators in between represent the transformations needed in order to get from the data in the tables to the desired output of the data model. In the modeler interface for calculation views, the data flow direction is also from bottom up.

As our example is rather simple, the mapping is not too difficult. In the calculation view, we have the result node (implicitly containing a projection), an aggregation, and a filter on top of a join of data retrieved from two analytic views.

By hovering over any of the boxes, a Details pop-up window appears that contains information on the specific box.

If you have a very big PlanViz you can do a Show critical path only to understand the important execution and focus your analysis to those boxes. 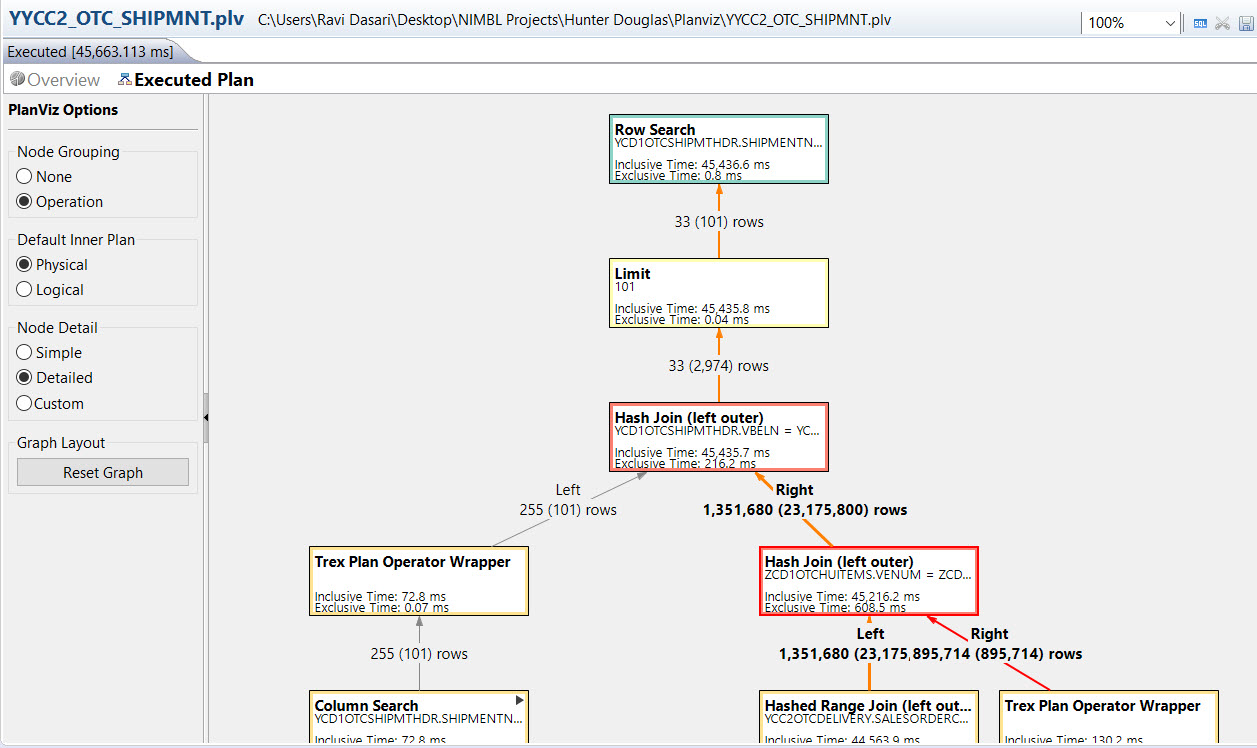 You can also use ‘Show Critical Path Only’ by right click and select. 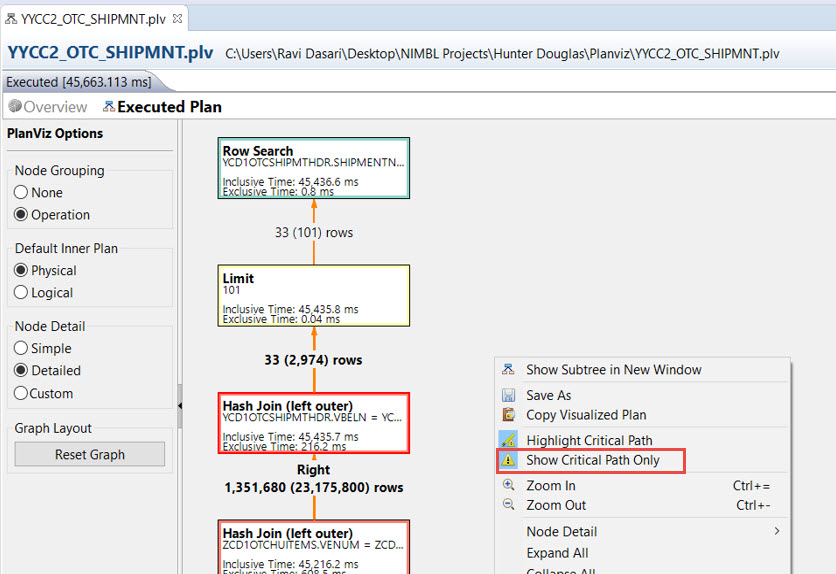 This graphic is a very powerful tool for studying performance of queries on SAP HANA databases. You can explore the graphic further, for example, you can expand, collapse, or rearrange nodes on the screen. You can also save the graphic as an image or XML file, for example, so you can submit it as part of a support query.

Your blog really helped in finding the performance trace.

Please explain what does the colour coding in blocks refer to and how we can Identify that which join/association in which view is taking more time.

Nice blog! However I observed this is supported in HANA studio only. Is there any way to produce Executed plan (graphical) in other eclipse like neon/oxygen etc? 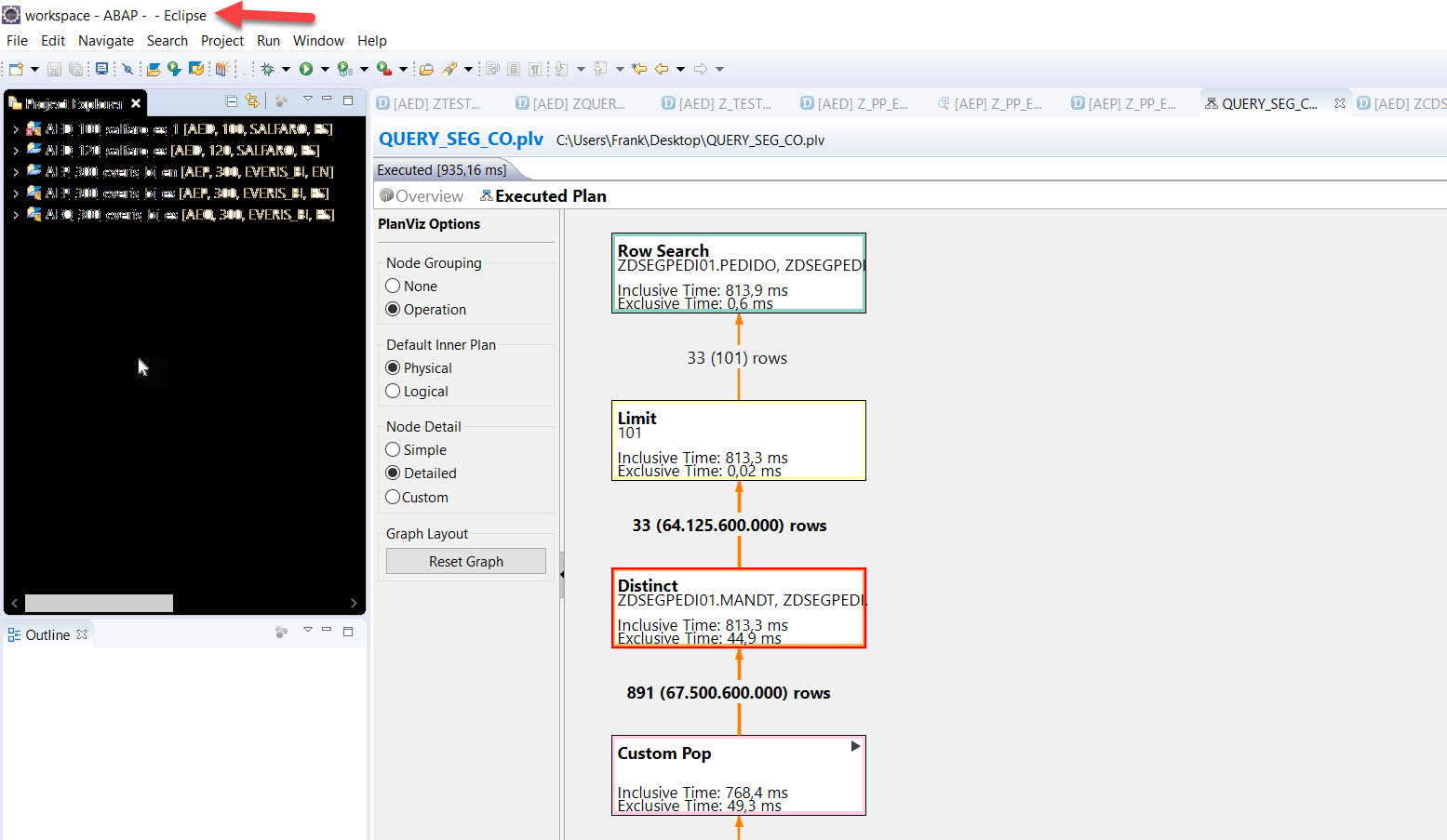 Make sure you have installed SAP HANA Tools.