In method, we can use ‘L’ and ‘D’ to differentiate two different scenarios: 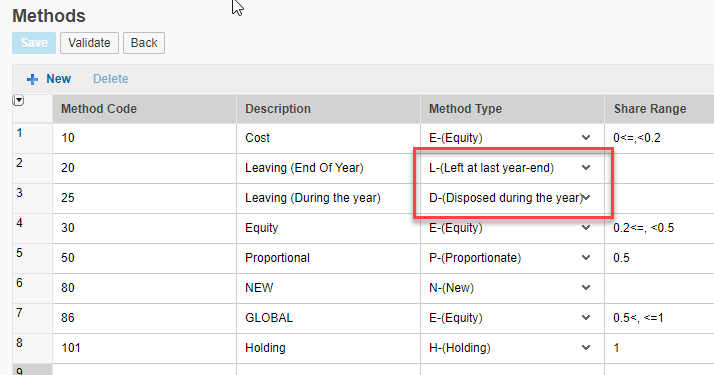 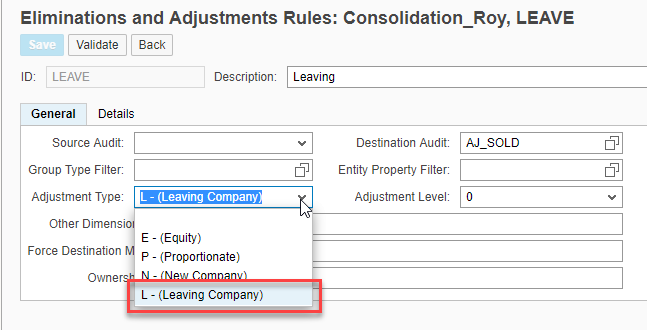 The transaction data for 2009.Dec: 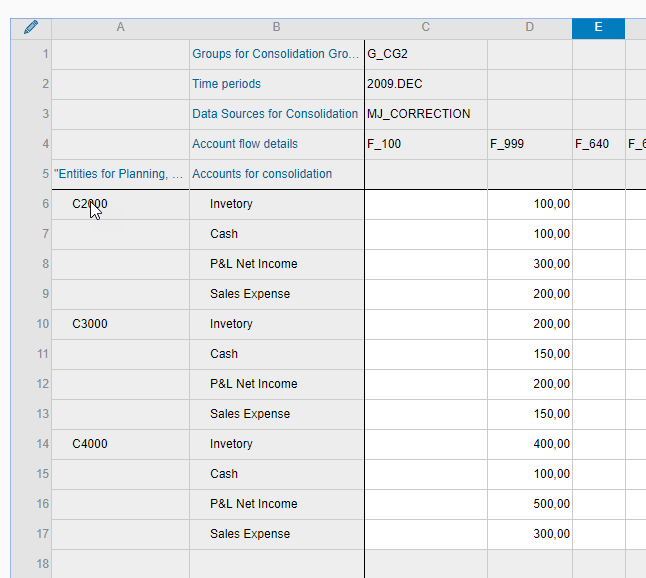 One Elimination rule is defined to reverse the P&L account by the minority ownership percentage (1-POWN):

Please notice that the details rules are set to ‘Periodic Calculation’.

Definition of used multiplier, which only works for method ‘Holding’ and ‘Global’: 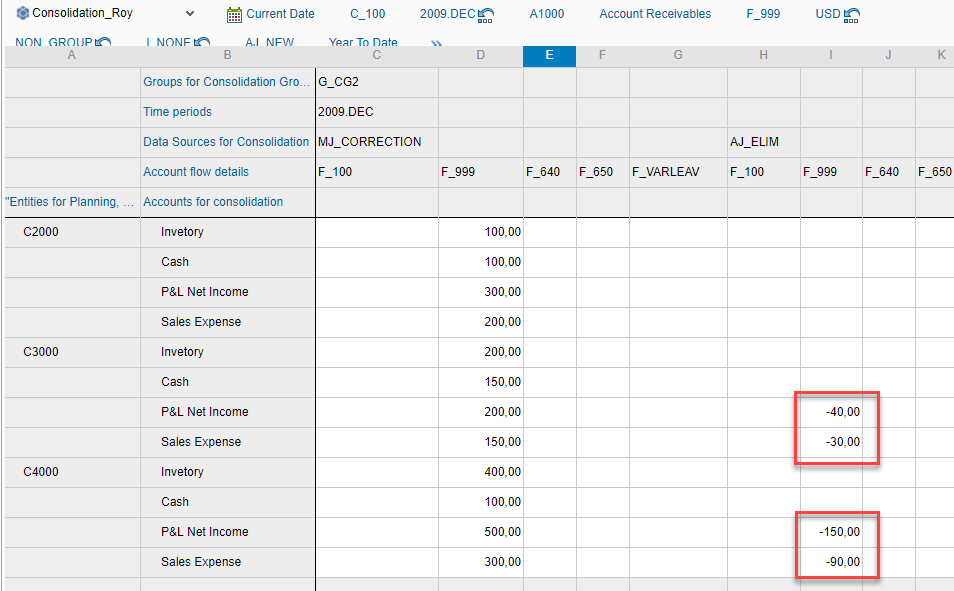 The elimination result is saved in the target audit id, AJ_ELIM, with correct amount.

This rule will only handle the Balance Sheet accounts.

For the P&L rule, add a new line for ‘L’ method which will reverse all P&L amount with a different target flow with YTD basis.

For corresponding multiplier, it only works for method ‘L’ (20).

For P&L rule, add one addition detail line for ‘D’ method to only reverse the P&L accounts after the disposal, which is set with ‘Periodic Calc’ with a different target flow member.

The corresponding extra multiplier which only works for ‘D’ method (20):

What about the case when integration rule is enabled?