I have run into some peculiar behavior related to a sort with a custom order in the past. I never took the time to dig into what was going on and see if I could reproduce situation until today.

Let’s start off with a very simple query against the eFashion universe; just Month Name and Quantity Sold. That yields a very simple table, exactly what you would expect… 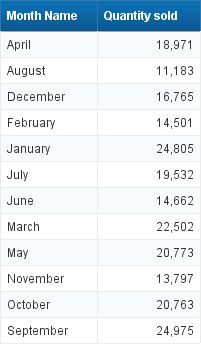 Now I if I create custom sort order to put my months in calendar order it does what I want, but now other tables that have the Month Name are also in that same custom sort order even though the two tables on the right have no sorts on them at all. I acknowledge with respect to the Month Names this is not necessarily a bad thing since you would likely always want them in calendar order. Also, I know that there are ways around having to create a custom sort order in this situation, but this example is just to show this issue. 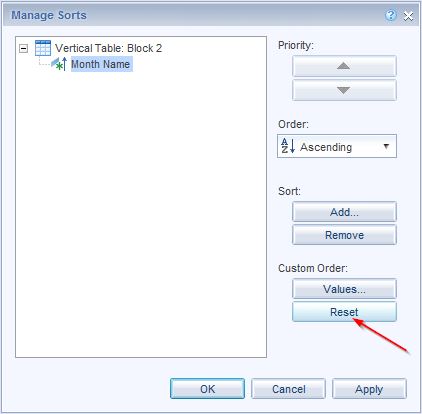 Now that I understand this is how custom sorts work I can deal with it. However, it is counterintuitive to apply a sort to one table and have it automatically applied to all current and future tables that contains that object.

This is not a big enough of an issue for me to report this as a bug. Realistically, it would never get fixed anyway. I just wanted to document this for someone else down the road trying to figure out what is going on with their report seemingly sorting on its own.