Well, here we are — another year nearly in the books. Looking back at 2018, I’d like to think that I’ve grown a little older and a little wiser, but I’m afraid only one of those things is true. After two years working in the SAP Community, you’d think some smarts would have rubbed off on me via osmosis, ya know? Nope. Up until a couple days ago, I thought ABAP was the sound effect of Adam West punching the Joker’s henchmen.

Good thing you’re not here to learn more about (or from) me. You’re here for the latest inspirational interview in our Member of the Month series.

It may be the holiday season for many people — sweeping them up in the spirit of sharing — but our Member of the Month honorees deliver us gifts January through December. Each one gives generously to SAP Community throughout the year — answering questions, offering helpful tips via blogs, and generally serving as a role model for any member looking to contribute more to the community.

And so as we prepare to usher in 2019, please allow me to introduce our last Member of the Month for 2018: Sergei Travkin.

For a brief moment, I was afraid that I wouldn’t be able to pull this interview off. Sergei is in the process of starting a new job (more on that later), so the joys of S-user accounts presented minor challenges when it came to connecting. But connect we did. (I wish I could describe the scheduling as miraculous — for a cheap holiday tie-in — but that would be melodramatic. It only took a couple emails, really. Not like I had to go through a bunch of ghostly visitations to get to him. There. Cheap holiday tie-in.)

I’m glad Sergei and I caught up, because he is the kind of candidate who allows me to end the 2018 Member of the Month series strong. His Q&A work earned him the Skillful Solver badge recently, and even with his career in transition, I can tell he’s hoping to get back to answering questions (and writing the occasional blog post).

Thanks, Jerry. I can’t even describe how glad I was when I received the letter about this nomination. Truly appreciate it. 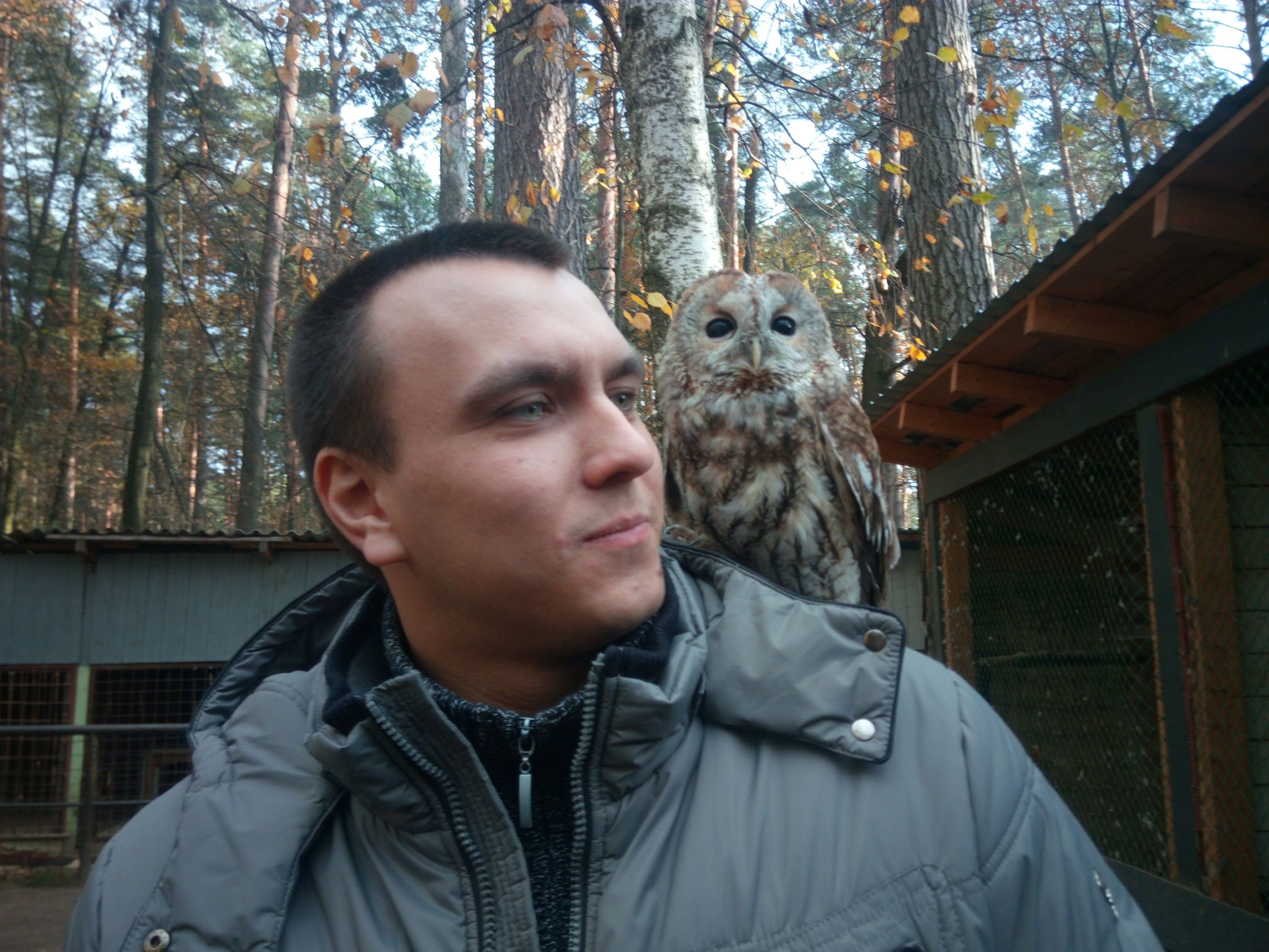 Guess “hoo” the Member of the Month is. (Sorry, I never got an owl pic before and I couldn’t resist.)

As I noted in my rambling introduction, you’re making a transition into a new job. Could you tell me a little bit about this position and how your career brought you to this moment?

Sure. I actually enjoyed working for my previous company, DataTech One, as an SAP B1/ASP.NET developer, but I decided to drill into HANA development — B1-related as well — so I started looking for another partner that has wide expertise in B1 and runs HANA. Finally, I was chosen by one American Gold Partner with outstanding B1 expertise: Softengine Ltd. I can’t be happy more in the meantime. Looking forward to sorting out all the paperwork and starting to develop something awesome.

Your new employer is based in the United States, but I believe you live in Malta. Since we talked about your career path, perhaps we could talk about your travels too. Are you from Malta originally? Are you relocating for your new role? Just wondering where the roads have taken you over the years…

Actually, originally I am from Moscow, Russia. I relocated to Malta in March and I was living and working in Malta for eight months. That was a pretty nice experience, but I think it’s not the most desirable country for me. Hard to explain. Anyways, back to the question. Yes, this is an on-site position, so I will have to relocate to LA as soon we can get all the permits. Before that I will be working remotely.

So you made a decision to relocate to Malta, and now you are moving to the U.S. Any reason for looking for companies overseas?

Well, I could start talking a lot about the government and business culture in Russia, but instead I will just say…it’s cold there. That is definitely not my kind of climate. 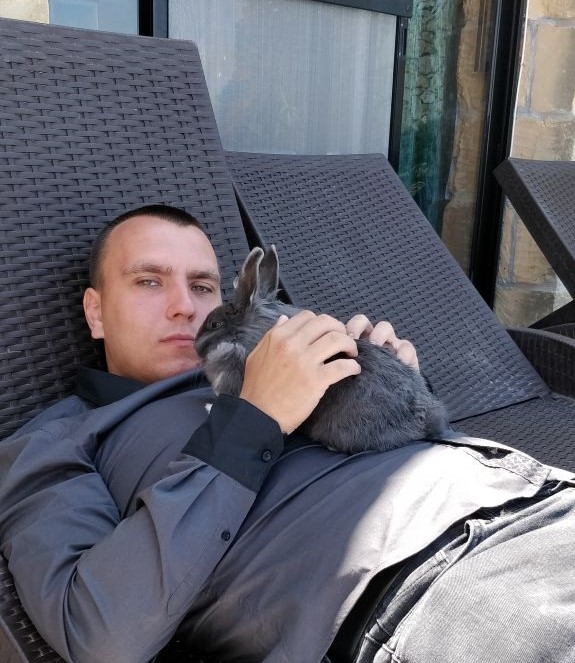 Sergei’s first week in Malta, after “hopping” there from Russia. (OK, that’s my last animal joke.)

Fair enough. Getting back to your career for a moment… You’re an SAP Business One expert. How did you end up focusing on this technology?

The first company I was working for was implementing some Russian ERP and accounting software, and one day they decided to try out SAP. They started from B1, because it is the product for SME and the investments to the new business direction were quite limited. It didn’t work out there but I decided to keep doing it and never regretted this decision. After I got employed by the biggest SAP B1 partner in CIS — Gazintech Ltd. — as a B1 developer. There I was working for almost three years and after I moved to Malta. The end of the story you already know.

Yep. Now I’m up to speed. So let’s talk about your SAP Community membership. When and why did you join?

As every single SAP-related specialist, I got my S-user firstly to read the notes, chat on SDN, et cetera. It was almost six years ago. Firstly I was looking for some useful information, but after I realized that I can pay back to the community. My first blog got horrible feedback from SAP ERP/HANA specialists, but I still think that I described it in the proper way for B1 folks. Anyways, any kind of feedback is valuable, and that was the point to keep posting stuff on the portal. And a few months later it became a kind of a habit, you know. I don’t drink coffee, so I filled this gap in the morning with checking new questions at the Q&A.

I mentioned that you recently earned the Skillful Solver badge. That means you not only answer many questions, but many of the people who ask these questions accept your answers as correct. I understand how you could fit Q&A into your schedule — a benefit of not drinking coffee, I see — but can we hope to see this level of activity in future (after you settle into your new job, of course)?

SAP B1 community is not that huge as SAP ERP, so it wasn’t that difficult. I was answering only the questions I was able to and didn’t spend much time for it. I was mostly answering the questions related to B1 SDK and SAP B1 version for HANA, and didn’t have many people to compete with. To be honest in the meantime, because of all these changes, I have no time to check the new questions there. Unfortunately, I cannot give an unambiguous answer about the future either. But I can be sure that I enjoyed helping people and I’d be glad to keep doing this.

It looks like you took a crack at blogging more over the summer, contributing three posts. What inspired you and can we expect more posts from you in the future?

I really wanted to talk about some cool features SAP has and decided that a blog is the best format for it. Also it was interesting to check the community opinion about the described topics. Hope it was useful for them and, if I get another idea worth posting, I would definitely go ahead. I think in B1 community we don’t have that many authors as in ERP and I would be glad seeing people sharing their experience on the portal. 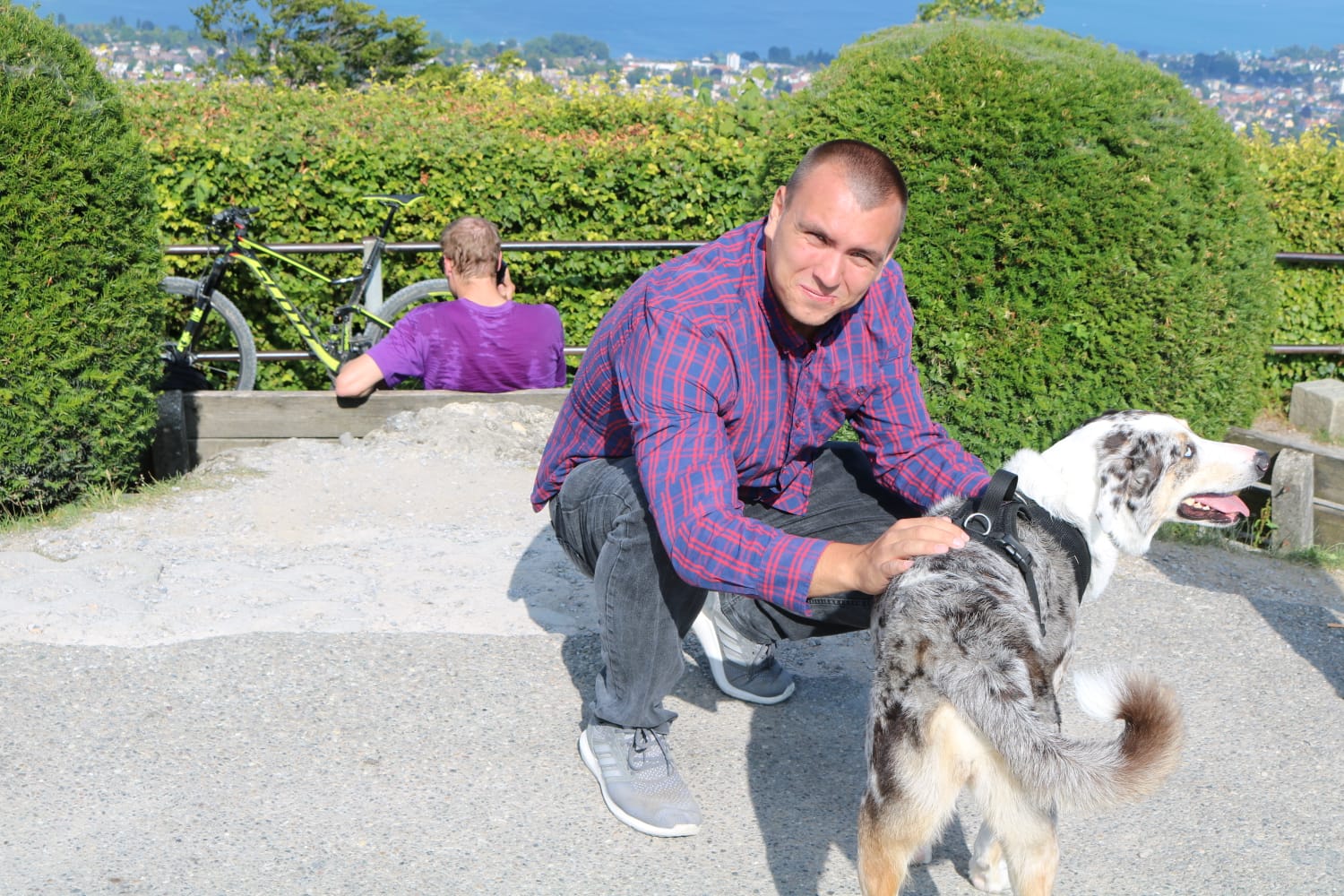 Sergei likes to travel. Here he is “ruffing” it in Zurich. (Yeah, I lied about the animal jokes.)

OK, so I asked about your career, your expertise, your contributions. Let’s switch gears. What do you like to do when you aren’t working? Any hobbies or favorite activities?

I like traveling. Exploring new places is my passion — the second, right after working with SAP. Also I like water activities; the favorite one is kitesurfing. When I’m not traveling, I like music concerts, some active sports, and chess. I used to be pretty good in chess, but unfortunately I have not had that much practice now as before.

That pretty much covers it, but since it’s December, I have to ask — any resolutions for the New Year?

I’m glad we had the chance to talk, Sergei. Once again, congratulations for earning Member of the Month — and for getting the new position. Best of luck with the job — and have a happy and healthy 2019!

My congratulations, Sergey! I wish you find time to do this useful activities in the future)

I just had a chance encounter with the elusive older and wiser Jerry Janda in the Newtown Square office.  Since we began the year with January MoM conversations, how fitting that we crossed paths at the end of the year.

Welcome to the MoM club Sergei Travkin !  I consider it an honor to share a MoM bookend with you on the 2018 calendar year, and best wishes on your future relocation to the U.S.A. for the next chapter in your life and career working with SAP 🙂

I'm so elusive that I'm typing this while looking over your shoulder.

Hmm, I was sitting in one of the cabana style enclosures that has whiteboards, not whitebeards - LOL

Congratulations, Sergei Travkin ! Welcome to the club and good luck with your new job! LA is an interesting place.

And nice work, Jerry Janda, introducing this Member of the Moth. Month! I mean Month! 🙂

Congrats Sergei Travkin , Well deserved, thanks for the great contribution so far.

Congrats Sergei Travkin, Thanks a lot for your professional work, great expertise and help in our SAP Business One Community!

"I will just say... it's cold there." Yep, sounds like a good reason to me! Though I didn't think it was that cold in Malta. It definitely won't be that cold in Los Angeles.

Congratulations, Sergei, on recognition as MoM (only good things can follow on from here), and on the new job!

I was talking about Moscow)

I know. I meant, I thought you probably had escaped the Moscow cold already by moving to Malta.

Mhh.. Malta could be to boring.. city not big enough 🙂

Anyway, welcome to the club