For those of you that use SAP Analytics Cloud in combination BW queries, you might be familiar with the scenario, that your BW query has variables, and that the user is getting prompted to provide input values to those variables.

If so, I am sure you are familiar with the screen similar to the one shown below. 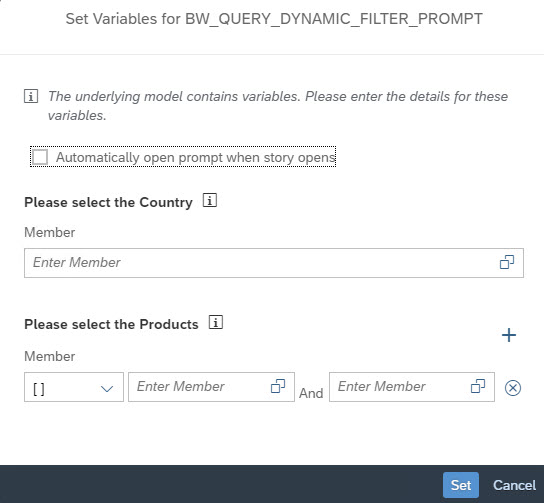 In addition to the re-prompting, you now also have the option to re-use your existing variables in form of Story Filters.

The Story Designer can simply create a new story filter… 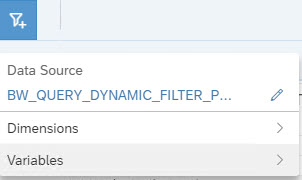 .. and as part of this process the story designer can now simply choose, which variable would be exposed as story filter.

After configuring it, the consumer of the story, can simply click on the Story Filter and will receive the exact same UI that the user already knows from the variable prompting screen and can configure the variable values without the need to “re-prompt” in form of a popup screen.

Can you please confirm, from which version it is available? I am not able to see the option Variables while creating the story filter.

should be coming out this quarter

in general I like this new feature and it's works as it should in our test stories.

At least if there is only one modell in the story. What about the case if you have several live models in one story? Then it would be nice, if there is the same variable in those models, to merge the prompts for this variable. Then the whole story can be filtered with the enter of the value in just one variable and not into the variable for every model.

Or do i miss something?

If you have multiple models in the same story which uses the same variables, you can actually link those variables and then you need to have just one story filter for one variable. 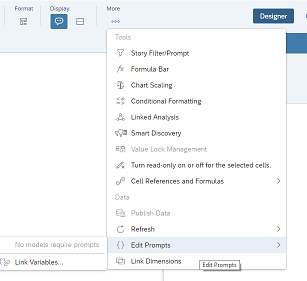 I also entered a question on this topic and got the answer there. I just did not see this point or just searched in the wrong area.

merging variables is already possible and can be configured in the prompting area.

Great work, this is impressive.

This option not available in BW(import) connection to SAC currently. Is there any possible ideal way to get Bex variables to SAC in import connection?

when you IMPORT the data from BW into SAP Analytics Cloud, then you don't have BEx Variables anymore in the story because you imported the data.

when the prompt appears on the story to change the value of a variable, SAC allows you to select what will be showed (ID or description).

How this works? which fields is SAC using? Is there a way to set them? 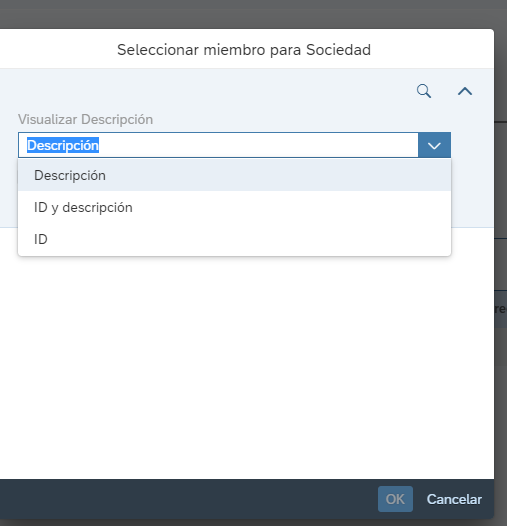 The dimension is part of the definition of the Variable in the BW Query.

I am using a hierarchy node variable in my query. In the SAC variable prompt, the hierarchy will be displayed with the short text description of the elements. Is there any way to change this to the medium text? When I am using a story filter on the very same dimension, the medium text is displayed in the filter. But I am not able to get this work for the variable as well.

If we use 2 models that have different variables, the user is required to fill the variables for the first model and after that for the second model. There are 2 pop-ups. is that possible to merge the variables of the 2 models in order to get only one screen like in Web Intelligence?

I need to achieve something similar. But my scenarios is slightly different.

In my instance SAC is connected to SCP (SAP HANA table) via a LIVE connection.

I cannot see the Variables creation option in the dropdown. Please see attached 3 screen shot. Last screen shot is of the SAC version. Please can you advise. 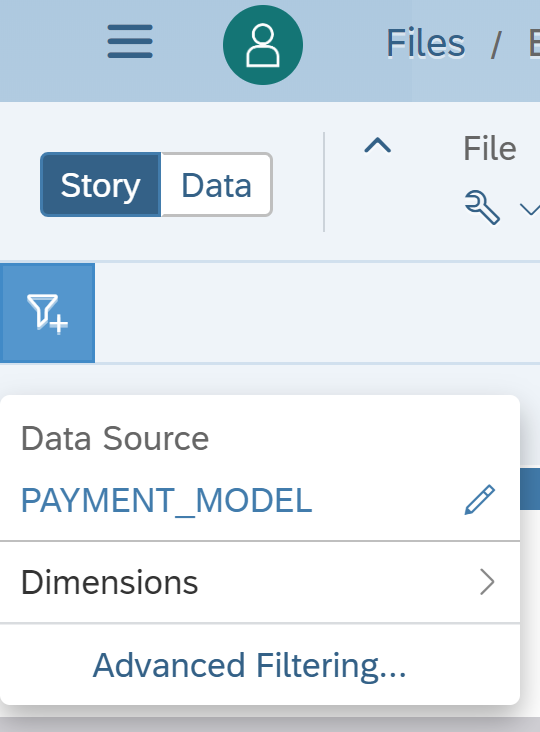 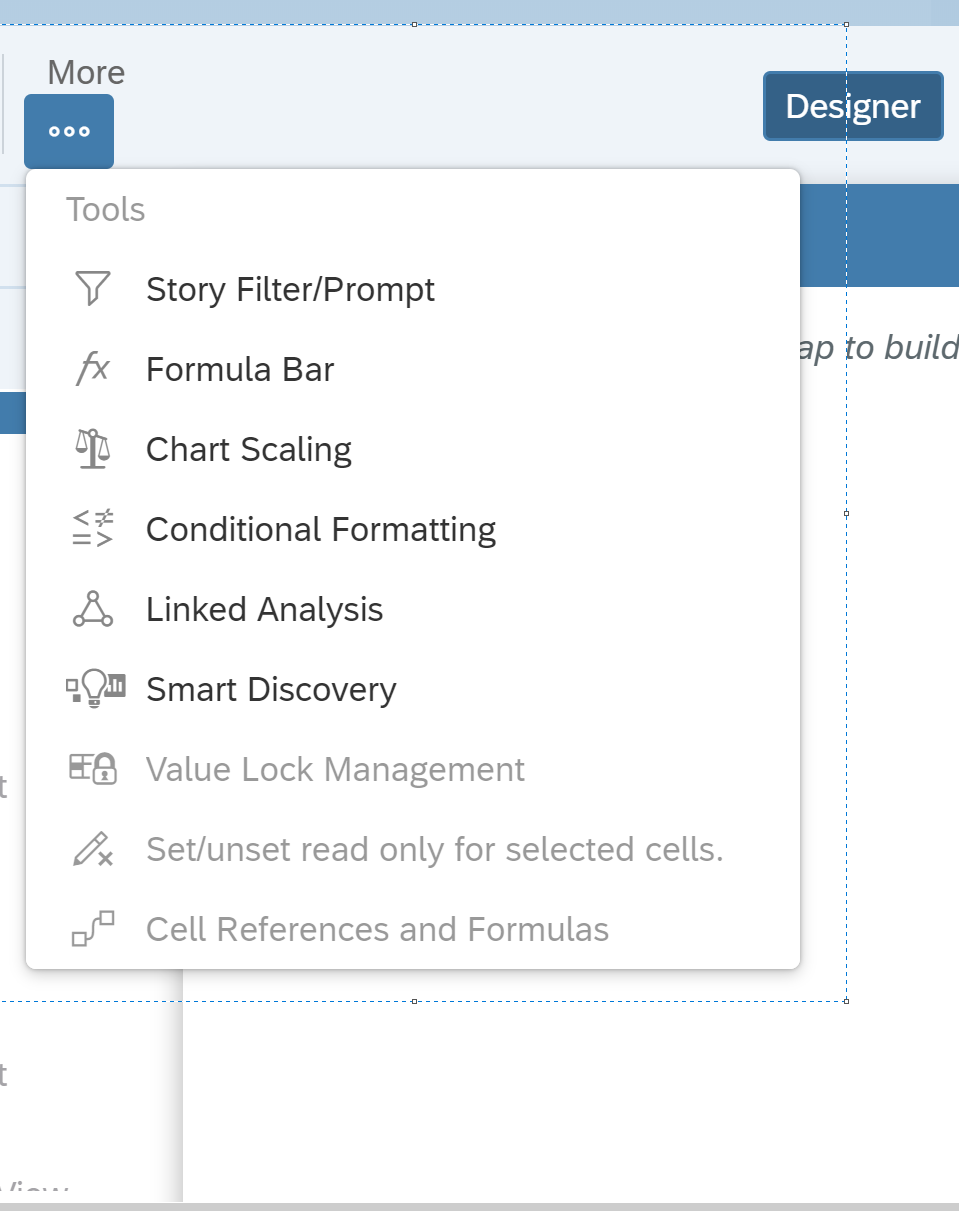 Thanks and appreciate your time

you would create the variables in the HANA model already.

Am trying to select the cost center hierarchy node variable in a SAC story, but getting the below error:

"specify a value for variable CostCenter Hierarchy Node"  and am unable to select any variables.

Please let me know what is causing the issue? 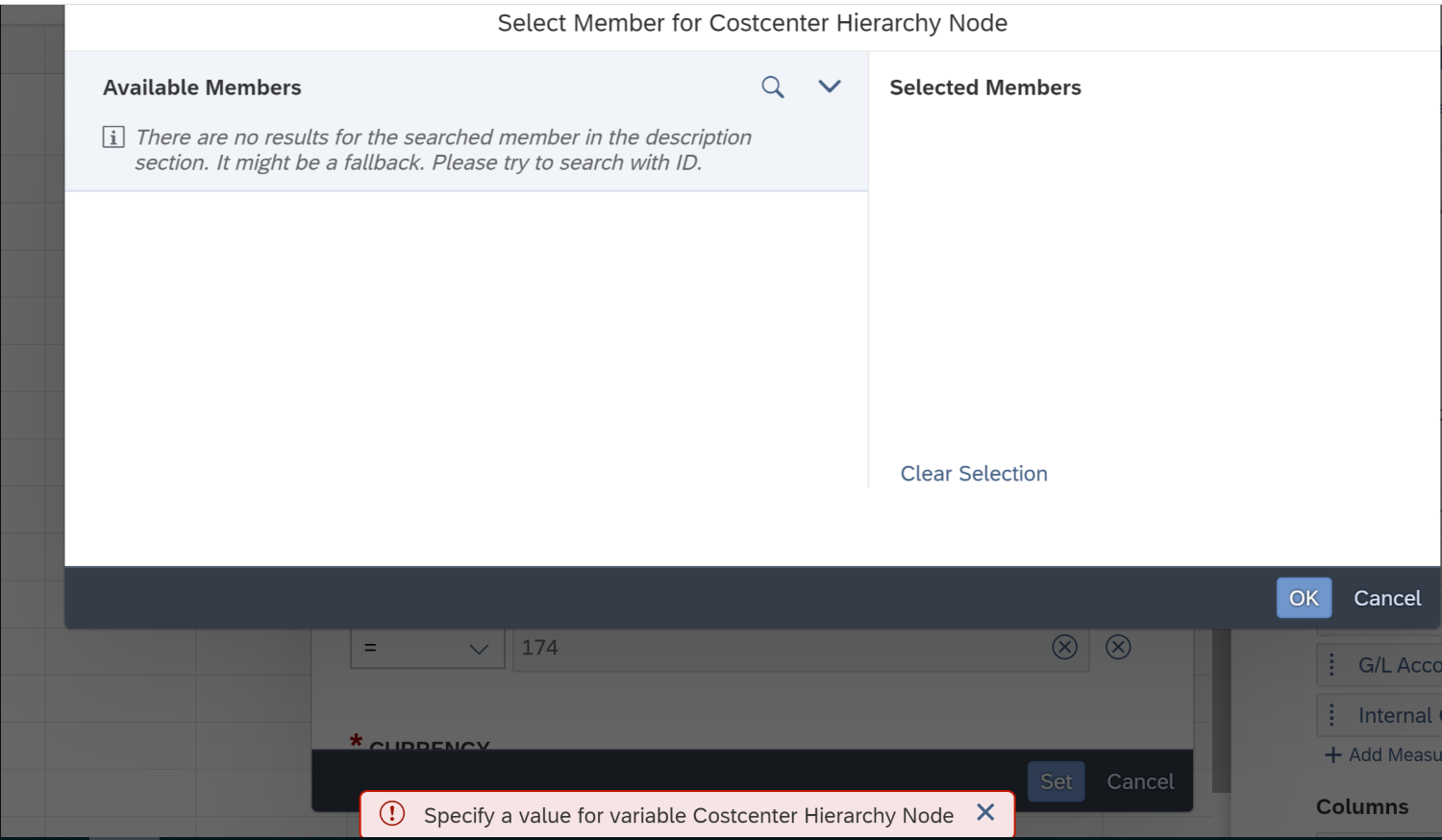 Also, I have another GL Acoount hierarchy node which gives me variable names which i can select.

Hi Ingo, I've an story with BW Live connection, where "Automatically open prompt when story opens" is checked. It works ok in story. But, I'm using this story in a Digital Boardroom, and there, the prompt screen didn't appear when I open the Digital Boardroom. Is that by design?

Were you able to overcome this challenge? I have an identical scenario where we want to display multiple stories on flat screen TVs in ~60 different locations across the globe, and we wanted to automate the criteria so the reports would automatically refresh on a daily basis.

If you could share how you resolved this issue, I would deeply appreciate it.

Let's assume that we have a live-connection to a BW-query containing a BW-variable displaying the interval-prompt for e.g., 0CALMONTH.
Now, we would like to populate this input-ready(!) date-variable with pre-defined, dynamic values. In this prompt, the user should be able to overwrite the suggested prompt-values which should be set dynamically (ie based on the current date/month).
e.g., the date-variable of type interval should be filled as follows:
- from: pre-defined value of variable => current month - 12
- to: pre-defined value of variable => dynamically filled based on current date/month]

What is the best way to achieve this output? Should this be done in SAC or BW?
Thank you!