The main driver around the Fiori Role & Authorization implementation approach is the system infrastructure. In this context, the strategy chosen to deploy the Fiori Front-end server (FES). For SAP Fiori deployment options and recommendations see following blog post Link. 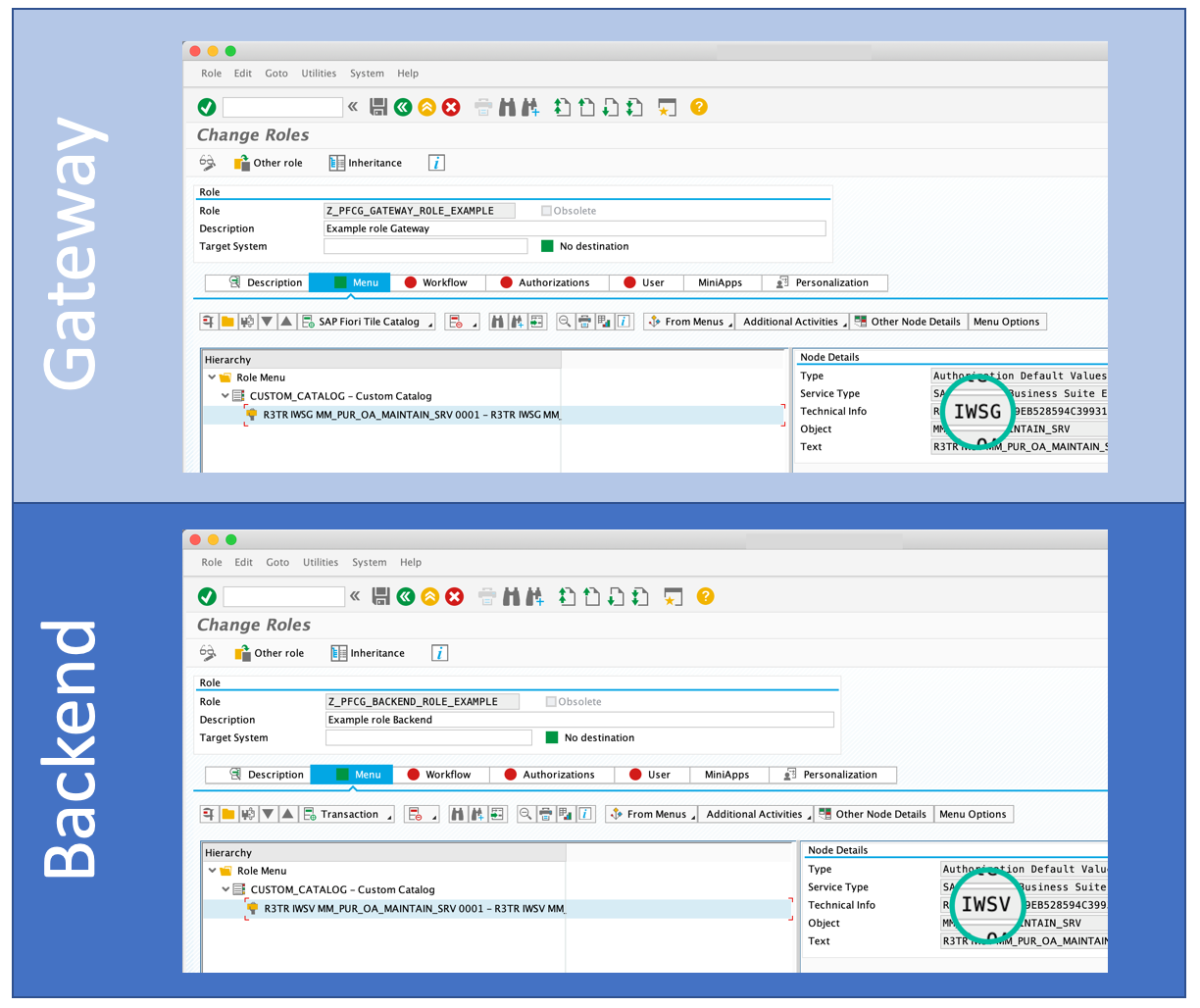 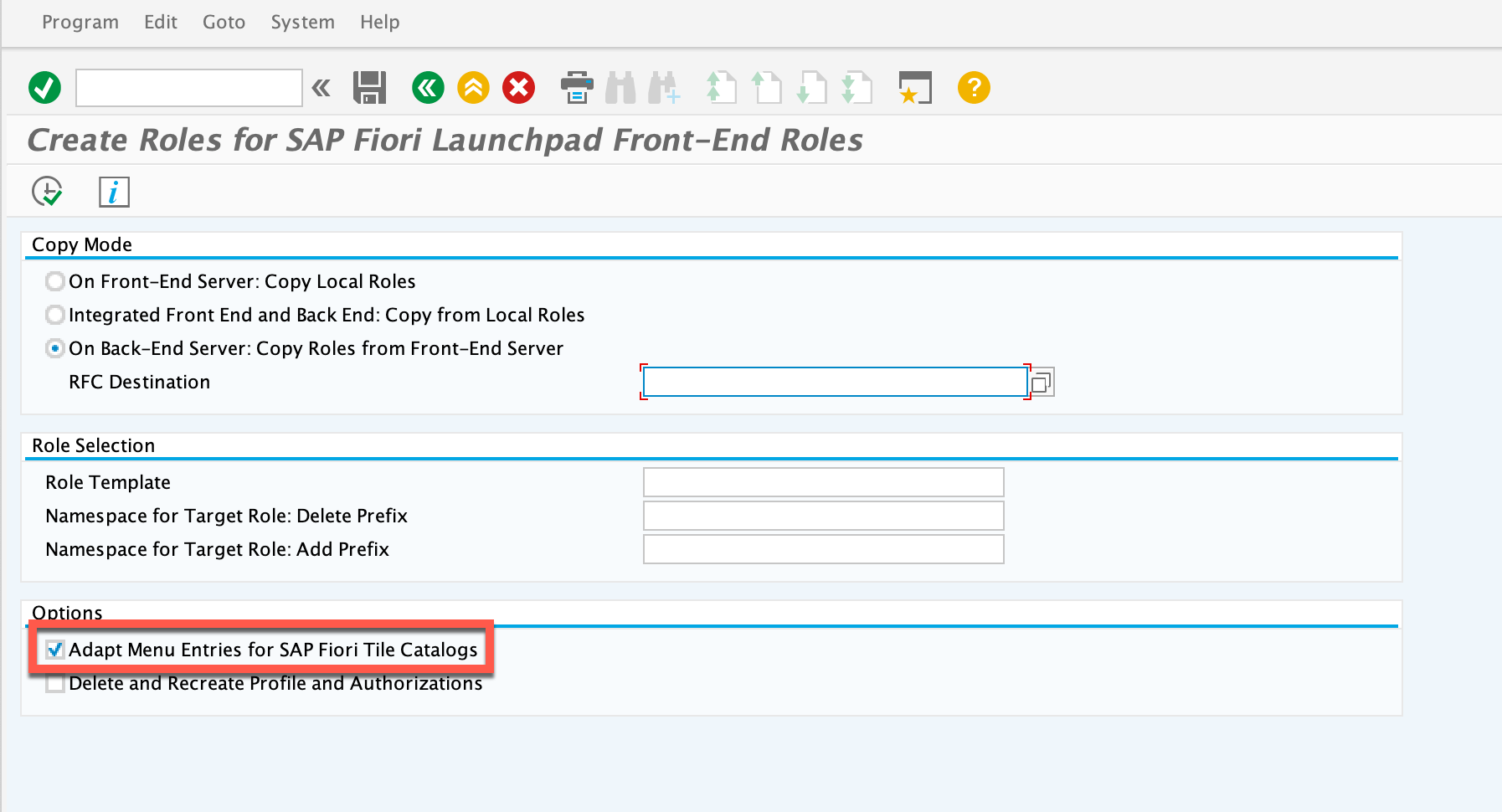 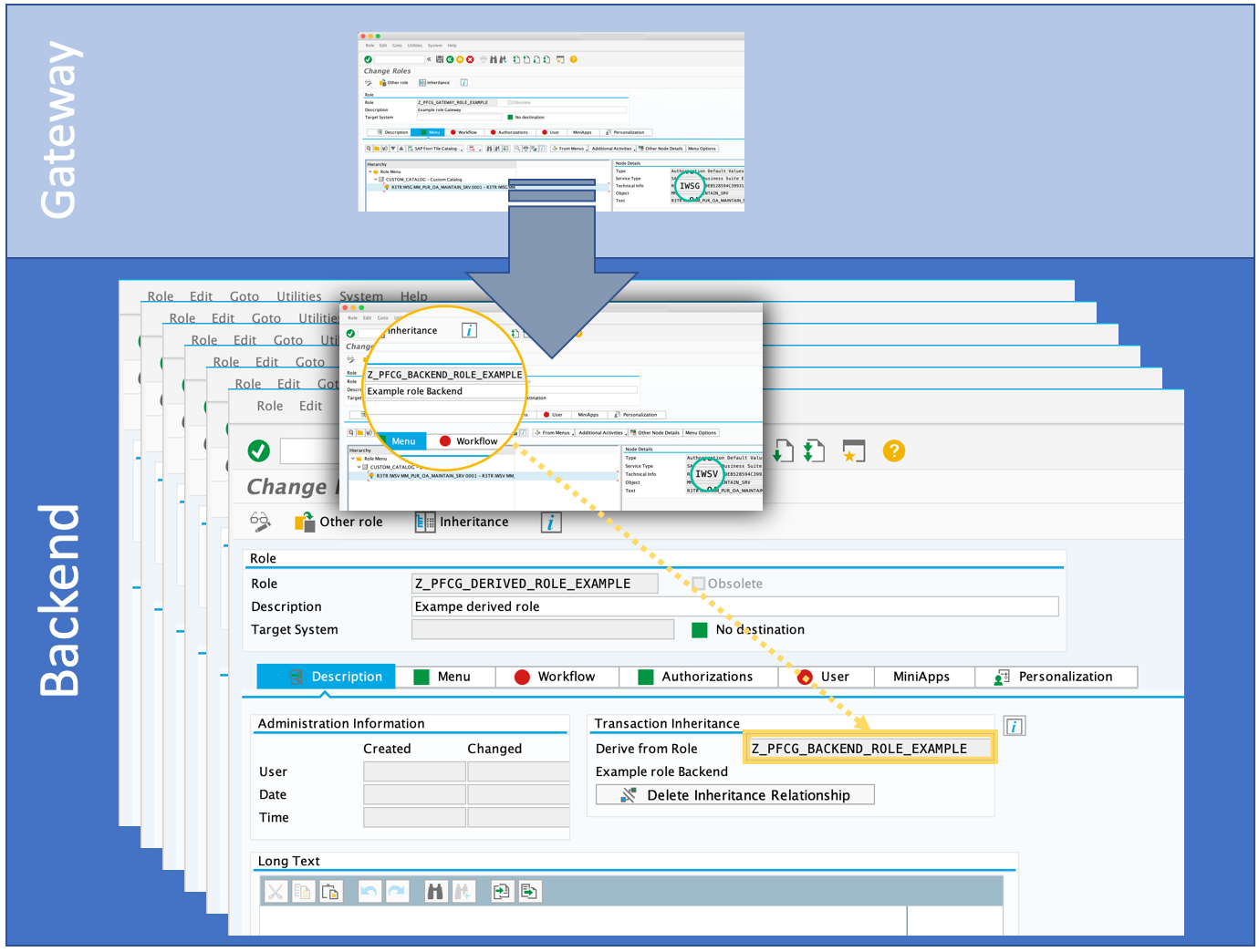 When choosing the FES embedded deployment strategy, the FES is deployed on the same system as the Backend. For the implementation of Roles & Authorization it means that the roles must only be implemented and maintained in one system. By this, the implementation and maintenance of roles and authorizations is less cumbersome, compare to the hub scenario. IWSG, IWSV services and legacy functions can be assigned to the same role. Still, also here it is advisable to use the advantage of catalogs instead of assigning OData service and legacy functions directly to the role menu.

Thanks for the well written blog Arno. A question regarding your last point, if the scenario is indeed embedded, does that mean that there is only a need for the one role, which would contain all catalogues, groups and auths? Does there need to be a backend and front role if its embedded?

if the scenario is embedded, only one role is needed. One role that contains the required catalogues and groups. In other words, a backend and frontend role is not needed within an embedded scenario.

Thanks Arno, thats what I thought. We are debating this currently, but we have a question mark around cloud. If customers are going to cloud, then would this then be affected? Would one have to create new front end roles then? We want to future proof the build but there are questions about remote catalogs, deep linking, etc. We would like to not have to rebuild front end roles in the future when cloud is introduced.