As a daughter, granddaughter, and future mother, it is highly important to me that people are able to live long, healthy lives and see the ones they love grow older; I believe that all parents should be able to watch their children grow up and, eventually, become parents of their own.  As a result, I chose to look into Sustainability Development Goal 3: Good Health and Well-Being, focused on ensuring healthy lives and promoting well-being for all at all ages.  For my story, I used the life expectancy by gender data on Singapore provided by SAP as well as GDP data from the World Bank. 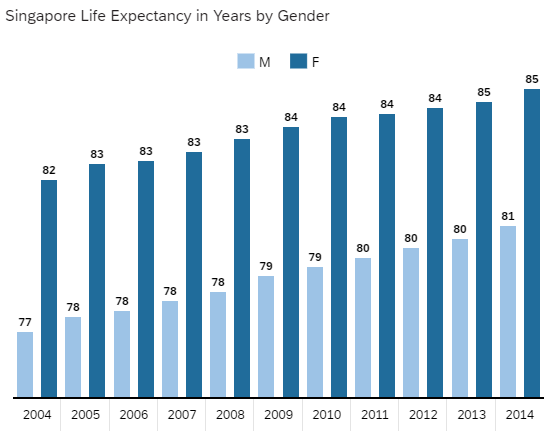 I then looked into Singapore’s GDP over the same time frame using data from the World Bank, seeing if the economic indicator had also increased.  As represented in figure 2, I saw GDP grew year-after-year, almost tripling in the 10-year timespan. 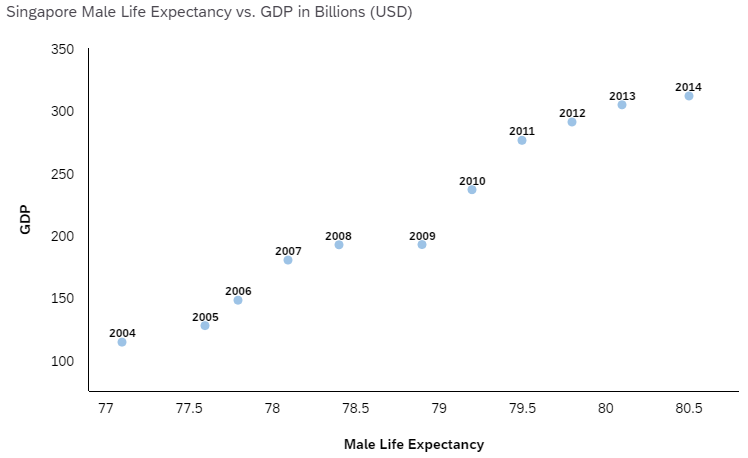 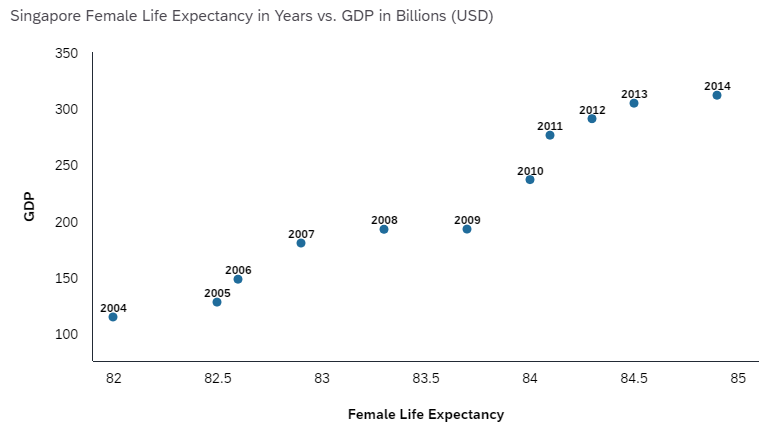 Although this UN Sustainability goal is focused on understanding why people die and addressing the causes, it appears that general efforts – ones that do not specifically target a single disease or infection – can still be made that will positively impact people’s well-being, by increasing life expectancy.  As GDP is tied to life expectancy, it is my recommendation that SAP invests in countries through monetary donations and technological implementations.  Investment is a factor of GDP, which is why SAP should promote innovation by monetarily supporting companies and organizations focused on researching and developing treatments for noncommunicable and infectious diseases.  SAP should further take its latest health technologies, like CancerLinQ, and work with companies and hospitals to make the services more readily available to patients throughout the world.  These investments may help countries find the specific solutions needed to improve their citizens’ health and would leave countries wealthier than before.  Although there is no single solution for improving the well-being of all, investing in countries will improve economic well-being around the world and ultimately lead to an increased life expectancy for all.