In this post, I think about how our work can directly and even indirectly influence those that come after us, and about what this means for how we should act.

Last week’s I attended SAP TechEd 2018 in Bangalore. Most of the time I was helping out at the Developer Garage space, assisting the attendees with their progress through tutorial missions. The atmosphere was wonderful, I can’t remember when I last experienced such an intense collection of keen & enthusiastic minds. During that time, I had folks come up to me to say hello, mentioning at times that they had read my blog posts over the years and that it had helped them in their growth.

One particular person was Srikanth Peri whom I ended up interviewing on SAP TechEd Live during the show (Learning with the SAP Community and Beyond), and he pointed out that I had worked with him around a decade ago, remotely, when we were both at AstraZeneca. 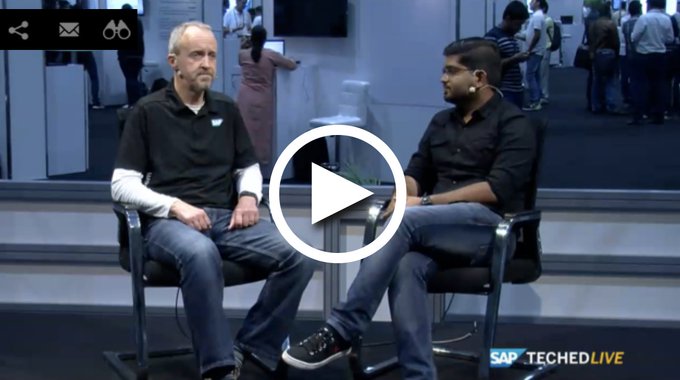 Back then, I had designed and built some integration mechanisms, and also some RESTful web services, for a project that was integrating SAP and Ariba business processes. I had spent some time thinking about the design of the URL space in particular, and how the methods & responses would represent the actual business requests, and the responses thereto. It turns out that that design approach had resonated with Srikanth and had an influence on the way he saw things and approached integration going forwards.

Beyond being a pleasant trip down memory lane, this really made me realise that what we do day to day can have an impact on how others see things. One person can indirectly steer another towards — or at least reveal to them — technology paths that might be alternative or even hitherto unknown.

I’ve been involved in teaching kids to code for a while. I am a STEM Ambassador, and ran a Code Club at our local primary school a few years ago. I volunteer at Manchester CoderDojo where we have monthly sessions that see up to 150 kids come by to learn and build with all sorts of software and hardware tech. I even gave a TEDx talk on “Our Computational Future” at one stage.

I ran a Manchester Digital Laboratory (MadLab) centre for Young Rewired State (YRS) where we had a whole host of kids design and build apps for a nationwide competition (see Young Re-Wired State – The Film for more info) that was sponsored by SAP – thanks again Thomas Grassl & co.

In all these circumstances I and my fellow volunteers get to introduce young folks to technologies – programming languages, frameworks and the like, as well as analytical & logical thought. Reflecting on my time running the YRS centre at MadLab in particular, I can see how the amazing volunteers, with their diverse technical skills and passions, will have had an influence upon those folks directly and indirectly. The mentorship was sometimes one-on-one, sometimes in groups (and sometimes peer-to-peer, which was wonderful to see).

Some of the volunteers are or have become well-known influencers in their own right; a couple of examples that immediately come to mind are the BBC’s Jacob Clark and the co-creator of WordPress Mike Little*.

*I love the fact that the photo on Mike’s Wikipedia page is one taken at MadLab during the YRS event that I’m recounting.

While I don’t have any empirical evidence, I get the feeling that with the young attendees of the YRS centre at MadLab, of the CoderDojo sessions and even the very young CodeClubbers around the UK, there’s an unavoidable level of influence that is being generated, as the volunteers share their passions and interests.

Srikanth wrote a blog post on the back of his experience at SAP TechEd last week – Learning with the SAP Community and Beyond, 2018 Bangalore. In it, he exhorts us to “start sharing”, in the hashtagged mantra “#LearnShareRepeat”. I’d like to echo this. Not only does sharing strengthen one’s learning, it has that added side-effect of helping others grow, and influencing their thoughts and behaviours. I’m very proud of how Srikanth described how he was influenced by the RESTful design of those web services. I hadn’t really thought anything of it, I was, I guess, merely enjoying the wonder of what I’d recently discovered and putting it into practice. Little did I know that it would have an effect beyond making the mechanism work efficiently.

So I exhort you also to show your workings, explain your thought processes, share your learnings, as much as you are able. Only then do we grow as a community, only then can we help those coming after us to make informed decisions on the paths they themselves might take.

It doesn’t matter what form this sharing takes – blog posts, answers to questions, thoughtful questions themselves, talks at events, videos, even shared code on social sites such as GitHub. You never know when what you say or write will have an effect on someone.

This post was brought to you by a rainy Manchester morning, and the feeling of not nearly enough coffee as I recover from the SAP TechEd Bangalore trip and the corresponding jet lag from my return home.

Could not agree more sir, whatever virtual/Real world we are creating today will definately impact the tommorow in what way, that probably can be realized when it happens. So important here for each one of us is to make sure we are creating a world which inspire them..team them..help them in someway positively.

The prime example of this direct/indirect influence i see in my 2 kids. They are observing each and everything, it is us who have to see what examples we set in front of them.

Once again thanks for inspiring Peri, me and many others.

A good post and a nostalgic video to enjoy.

Our design and architecture decisions also have downstream influences we can't foresee; sometimes a novel technical solution becomes a template for the new normal, and sometimes it can shape a learner's opinion on a preferred solution.

Whatever the case I fully agree with the LearnShareRepeat approach - in the SAP world particularly we can encounter a fair amount of obfuscation and artificial privilege, controlled by Byzantine access, paperwork and standards and influenced by the fears of some who want to protect their roles in their organisations. Often developers are hindered by nothing more than access to new ways of developing in SAP, by organisations that don't understand them and therefore won't consider them ("What's wrong with flat files?" or "just write a report").

Hey Mario, thanks very much for the comment! The points you make in the last paragraph resonate in my memories all too well. I even remember being challenged with that very phrase "what's wrong with flat files". Actually, it was more like: "you can design any solution it wants, as long as it's based on [the exchange of] flat files". I'm guessing these circumstances even exist today, but hope that they are less prevalent, at least. BTW, I really like the phrase "artificial privilege" 🙂