Having worked with an Active-Active Read Enabled (R/E) System Replication scenario we wanted to share our experiences. The official documentation is good but does not provide many diagrams or overall setup, process flows for failover, failback and how the read-only queries can be handled. Working with a long-time colleague Paul Barker. This was used for a short evaluation of the Active-Active with Read Enabled capability. 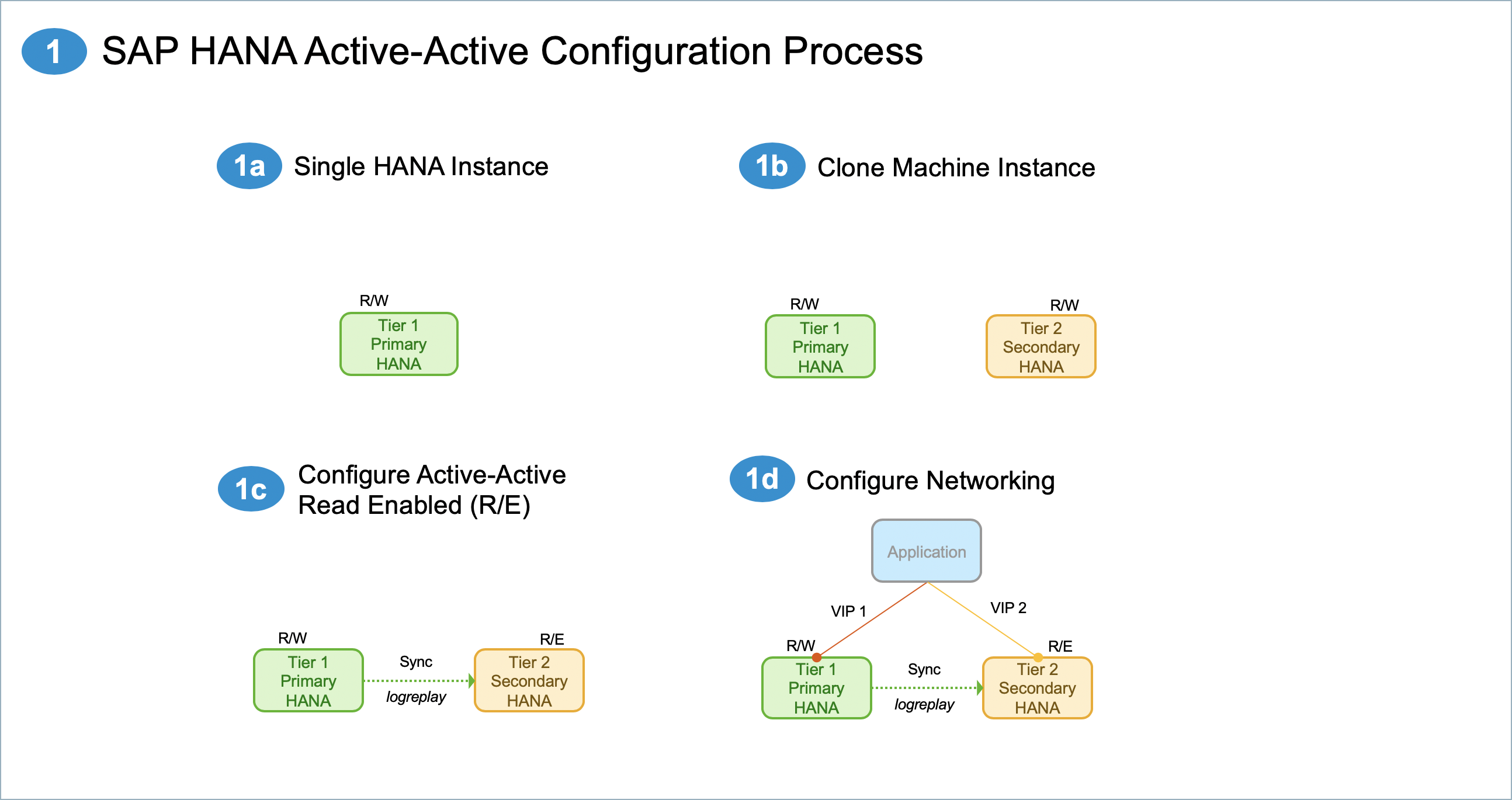 1a. Acquire an Environment

We used a Cloud Appliance Library (CAL) HANA instance for a quick and easy access to HANA environments.

We cloned the HANA instance, with cloud providers such as GCP and AWS, this is a quick way of duplicating an existing environment. 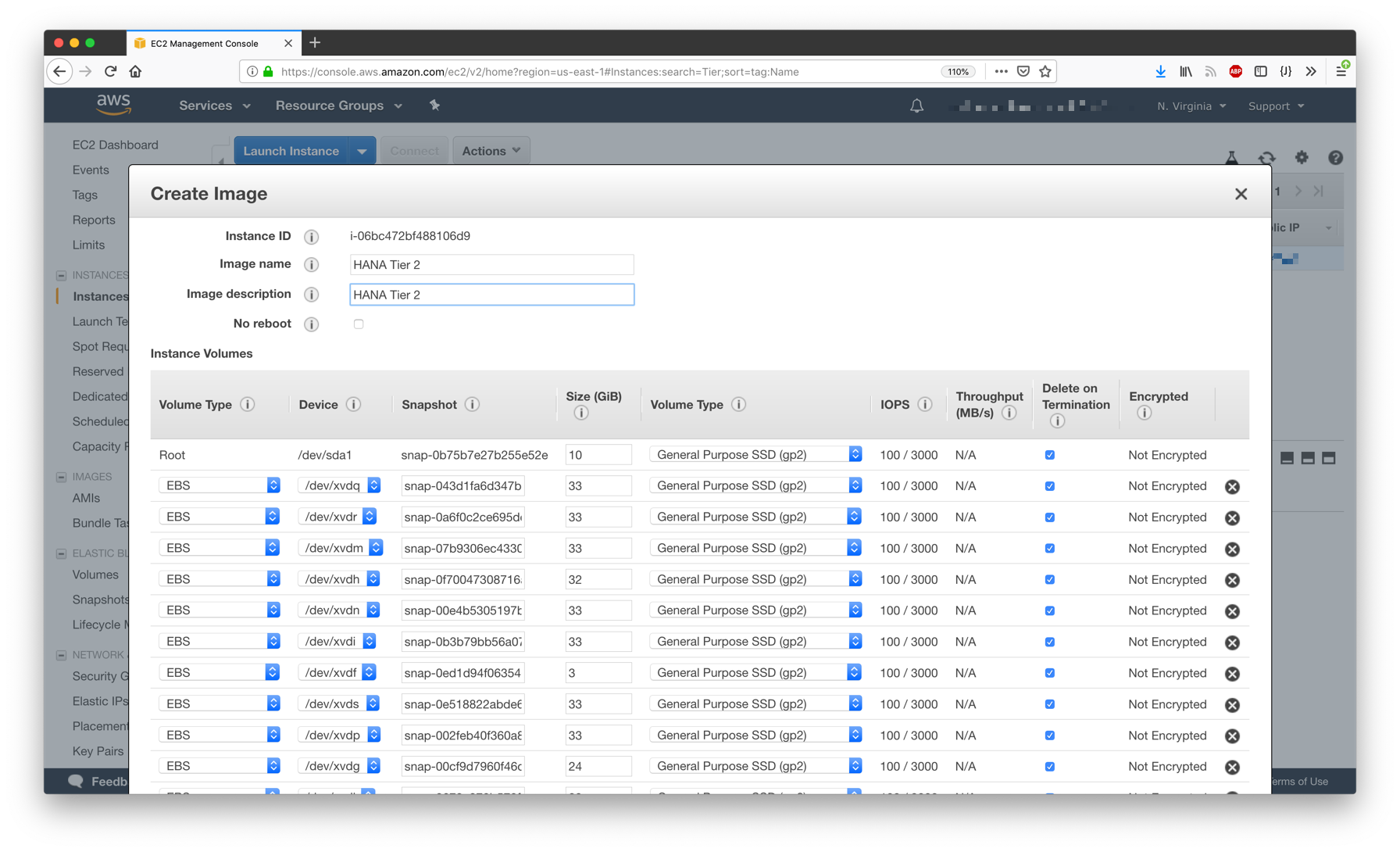 We did experience an issue whereby after pausing the system my networking was screwed up.  Upon investigation we found that CAL has some clever start-up scripts that map host names and IPs automatically.  These needed to be disabled to preserve changes made to the OS configuration.  If you are experimenting with CAL then you would need to modify. 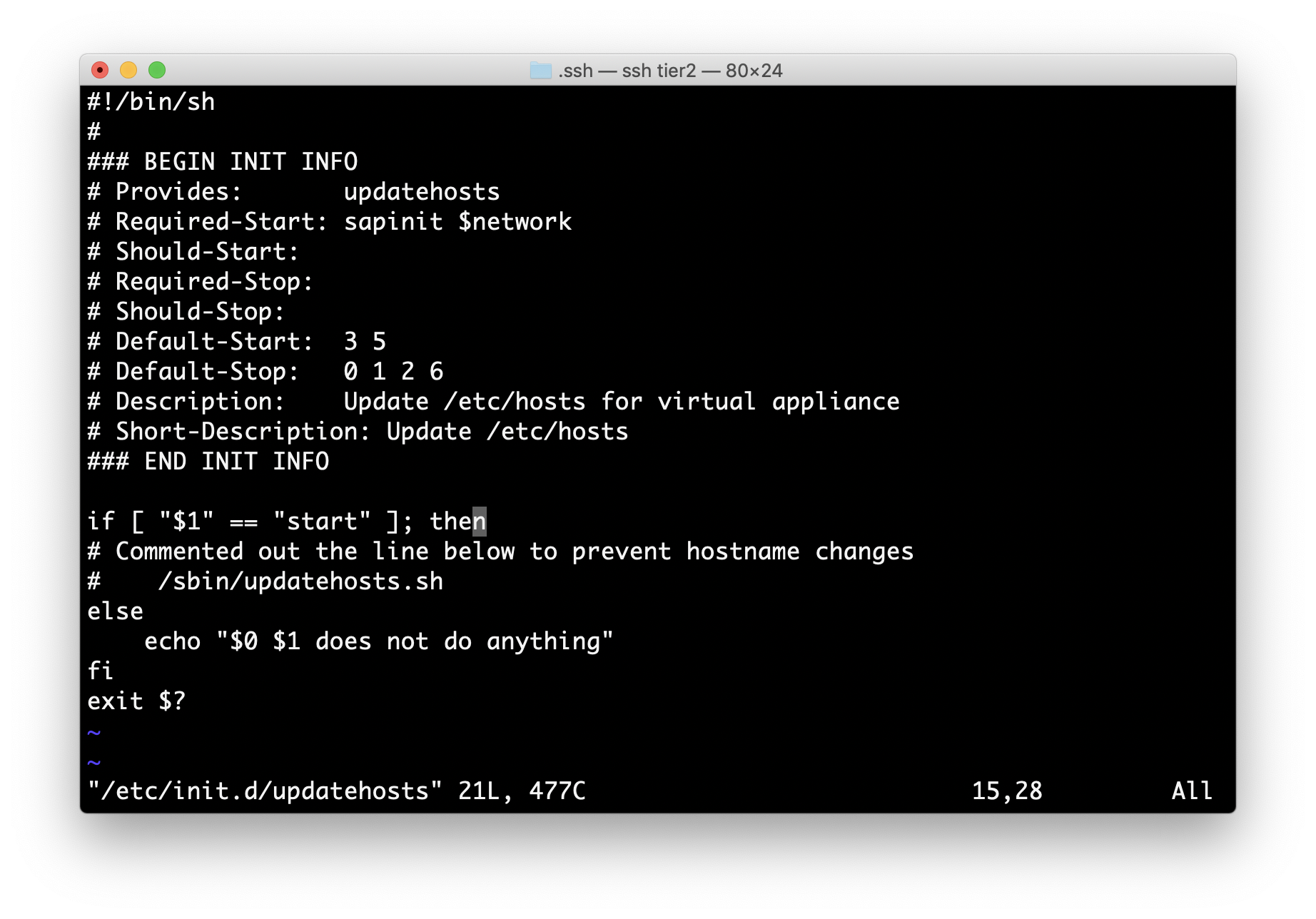 We now have 2 systems with the same SID, but different host names, we now need to tell HANA we have a new host name this can be achieved via this command.

To enable system replication, we need to tell both the primary and secondary nodes about this configuration.  The secondary needs to be stopped before issuing this command.  When the secondary is re-started it will automatically sync all data with the primary node.

To hide the physical deployment from applications and client tools we can use Virtual IPs to connect our environment.  To make this possible we need to add a secondary network interface to each HANA node.  We also need to configure the Linux routing tables for each of the network interfaces, as adding the 2nd interface also effects the 1st one. 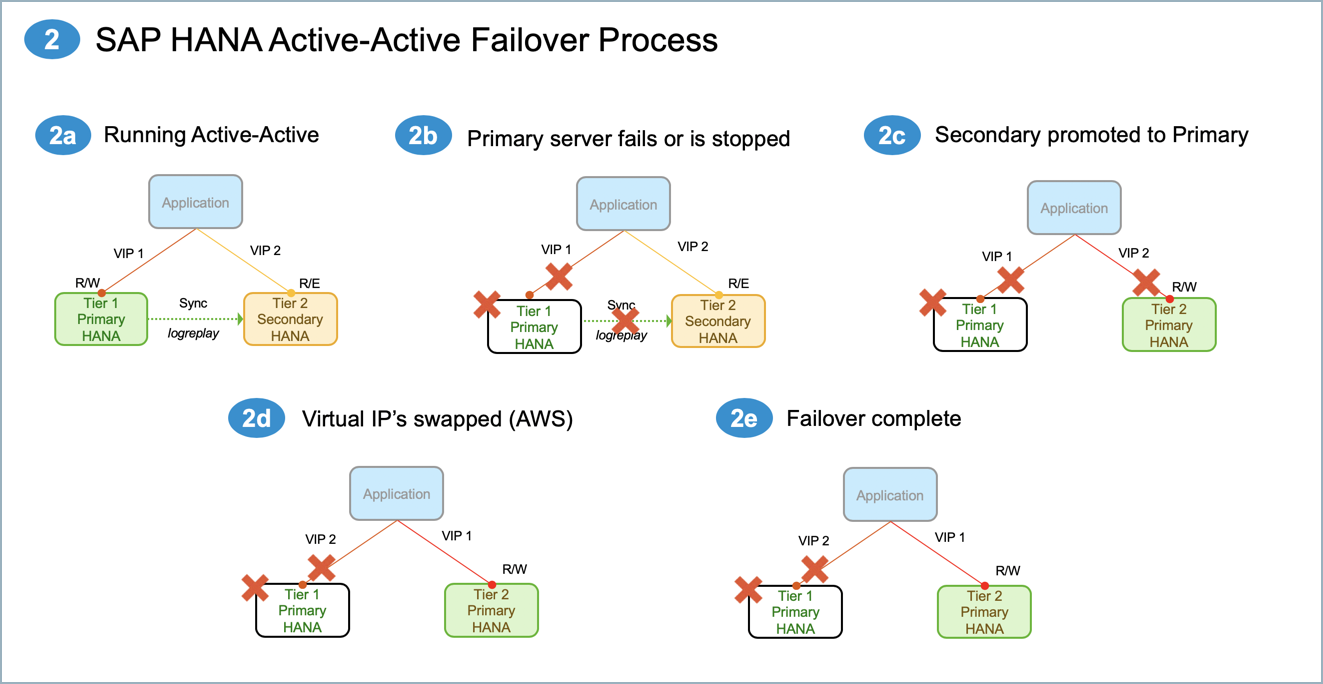 We can now access each HANA instance via either by either the original IP or the new virtual IP address (VIP).  The primary (Tier1) allows any type of query and it can also pass read-only queries to the secondary.  We can also connect directly to the secondary, if we wish to use this for purely read-only analytics.  We can verify our current configuration is as expected.

In a fail-over scenario the primary could stop unexpectedly, we can simulate this with a kill.

We now tell the secondary (Tier2) to become the primary.

Tier2 is now primary but queries are still being sent to the now dead Tier1 node.  Using the AWS CLI to swap the VIP from the Tier1 node to Tier2.  The command was generated using the AWS Console, but executing via the CLI prevents errors.  Here we are associating a Network Interface with a Private IP

The process is now completed, we have swapped our primary HANA node from Tier1 to Tier2.

The failback process is similar but first we need to re-sync our old primary (Tier1) with any changes that have taken place while it was offline.  The names primary and secondary are now very confusing as the actual nodes are reversed but those roles still remain

We start with just a single active node (Tier2).

Before re-starting Tier1, we need to tell it, that it’s now a secondary node.

When Tier1 re-starts it will now sync all changes made during the time it was not running.  We can also verify the status of our system replication configuration.

Initially the new secondary will not be available.  The time before it becomes operational depends upon the volume of changes while it was off-line.  With the re-sync completed we now have 2 nodes as before, but their roles are reversed.

To promote Tier1 back to primary we need to stop the current primary.

We can now tell Tier1 that it is the primary node.  It will automatically check Tier2 is not active and then take over.

The networking needs to be updated to reflect the changes in our deployment.  We point the VIP1 to our new primary and VIP2 back to the stopped primary (soon to become secondary).

We now need to tell Tier2 it is a Secondary node again.

3i. Restart and Re-sync Secondary

When we re-start the secondary it will re-sync with the primary.

We finish the process as we began with 2 HANA servers in an Active-Active configuration.  We can verify all is configured as expected.

Thanks for reading, hope it was useful.

Great! Short but still enough Information to build your own failover HANA...

SAP Landscape Transformation Replication is a trigger based data replication method in HANA system. It is a perfect solution for replicating real time data or schedule based replication from SAP and non-SAP sources. It has SAP LT Replication server, which takes care of all trigger requests