For the SAP contest, I initially was working with UN goal 2: Zero Hunger, but I changed my target goal to Goal 3: Health and Well Being.  During my analysis of the data I had aggregated, I realized my data better fit goal 3. 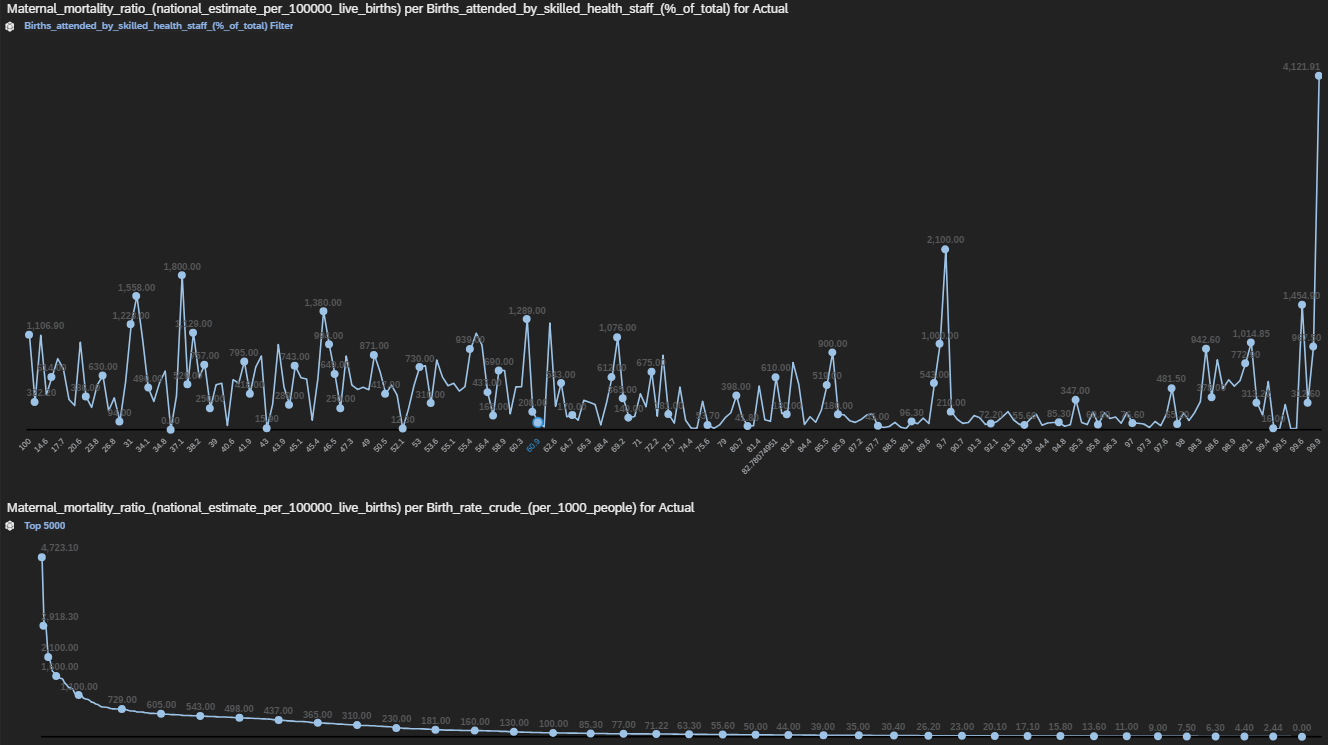 When the two sets of data were combined, the regression line and ANOVA showed that having a skilled medical staff was correlated with a reduced the rate of maternal death by 50 mothers per thousand.  (R^2 = 0.655, adj R^2 = 0.654) 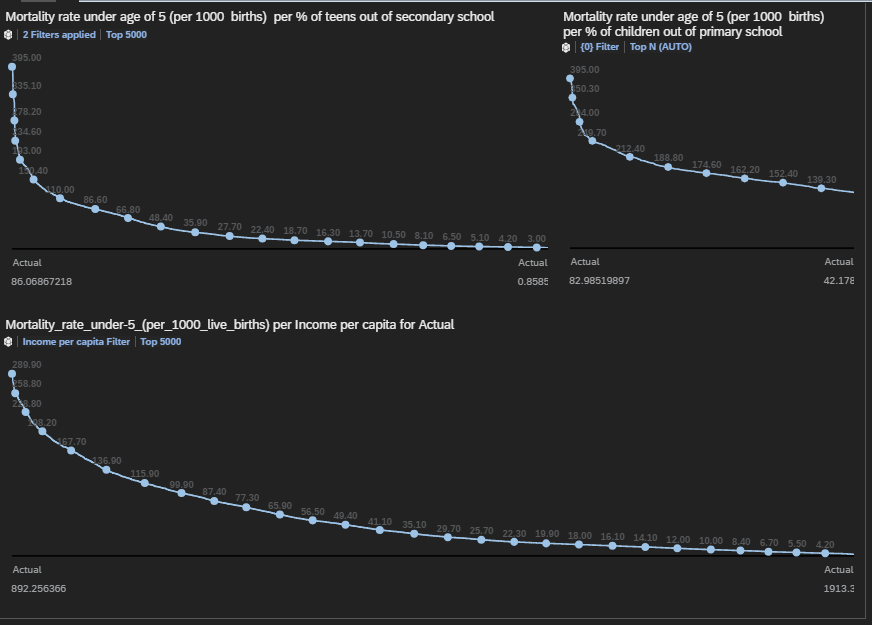 On the bottom graph x-axis extends from under a thousand to just under the equivalent of two thousand US Dollars at 2010 levels, inflation adjusted.  At zero, the chart showed a death rate of about forty deaths per thousand.  At about thirty-five thousand dollars of income the mortality rate was effectively zero.

What was surprising to me though was the first graph.  Across the globe, the number of skilled medical staff had no bearing on the mortality rate of newborns, until put into the context of other data.  When I ran multiple linear regression on that data, I was very surprised to find that skilled nurses and doctors made a material different on maternal mortality rates.  This tells me that there is more analysis to be done.

Applications of this Data

The data shows that the best way the UN can improve the chances of a infant surviving is to have them go to school.  Education is not only a way out of poverty, but also a way to ensure a physically safe environment for children in general across the world.

SAP can help by sponsoring education.  I personally believe that SAP’s best course of action would be to encourage their employees to volunteer at schools and help tutor and teach students.