In the previous blog post, we reviewed the option to define intermediate summaries in the waterfall chart. This time we will look at the ability to leverage several measures, use the option to have pre-calculated measures, and use a breakout dimension – all in a single scenario.

Here the data set we are going to use.

You should notice a few items:

After we uploaded the data into a SAP Analytics Cloud model, we are creating a new waterfall chart.

As shown above, you can see that we were able to add all the measures from our dataset into the Waterfall chart.

Below shows the chart builder panel. 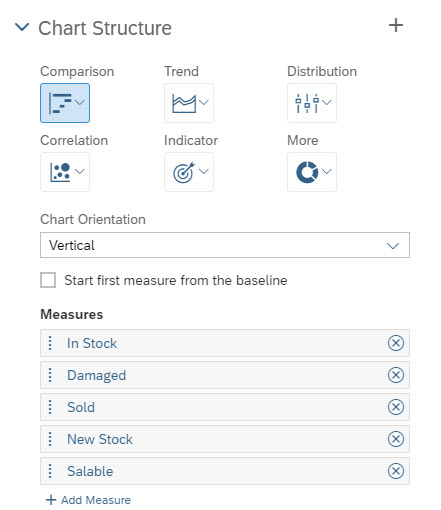 With those new options, you can now add more than a single measure to the Waterfall chart configuration and you can also define the order of measures. In our given example we have “In Stock” as first measure and “Salable” as last measure, which means that those two measures will be used as Start and End of our waterfall chart.

In addition, because we have multiple measures as part of the definition, the “Variance” option is being disabled, meaning that the Waterfall chart assumes that the data that is being used already represents the delta values.

Now we are adding the Calendar Month as first dimension to the Waterfall Chart and because we have multiple measures, its important now to understand the drill behavior.

Remember we are starting with a Waterfall chart, which shows the measures we added and the Calendar Month is our first dimension. 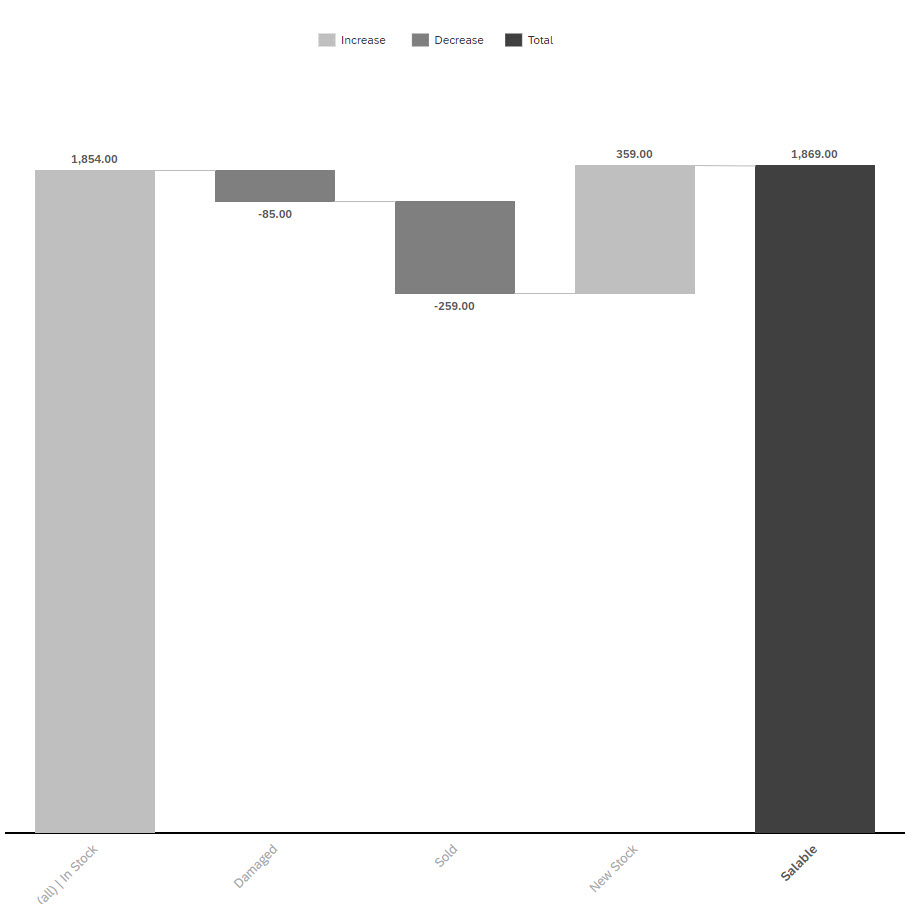 Now we select the “In Stock” item in the chart and we drill down to the next level. Because we selected a specific measure – In Stock in this example – we will see the measure In Stock broken down by quarter.

.. and here the result, showing us measure In Stock broken down into the four quarters. 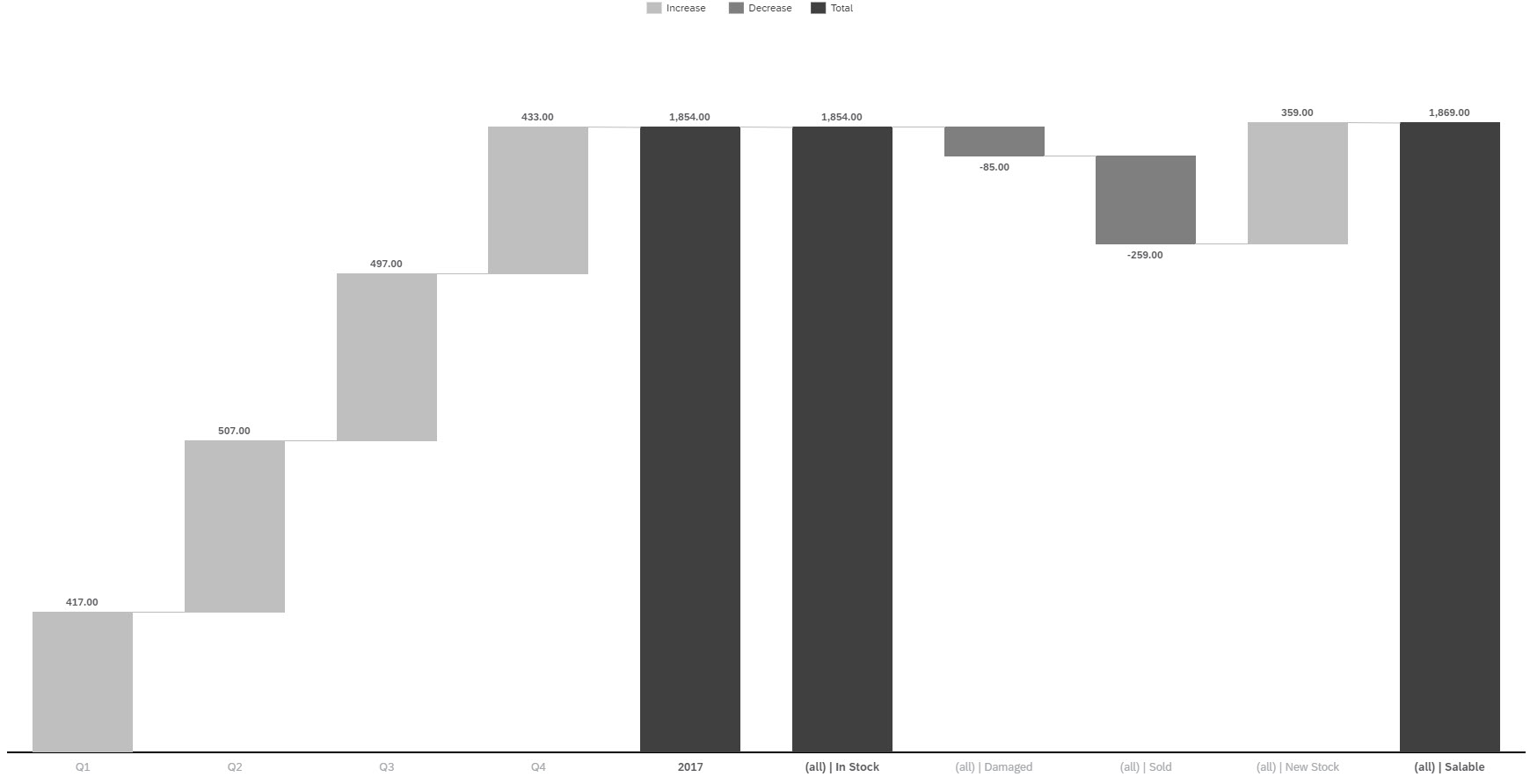 if we would use the same expand functionality on the total, then we would see the next level with all measures.

So lets take Q3 in our sample data set, where you can see we sold the most. So we could add now Product as dimension and see which product contributed the most. 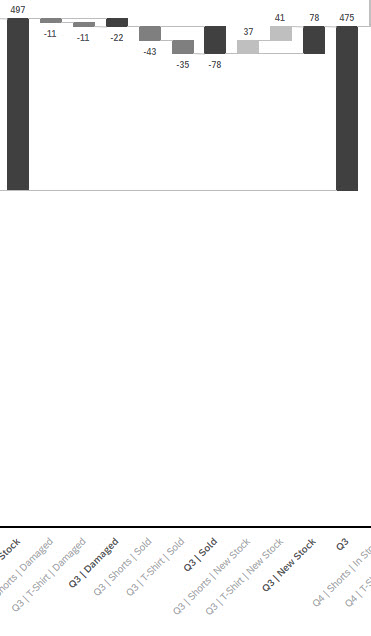 This has come along just as I am modelling stock movements from the MSEG table.

good to hear and thanks for the feedback.

Thanks for the informative blog.

Would you have a solution to the issue I face. When creating a waterfall chart using BW Live connection on a BW/4HANA Query despite having no data on certain master data members, we are still seeing those members in the graph. Have tried zero suppression in query and also in the graph but still the members are appearing.

Also, all dimension characteristics are setup as posted data in the query.